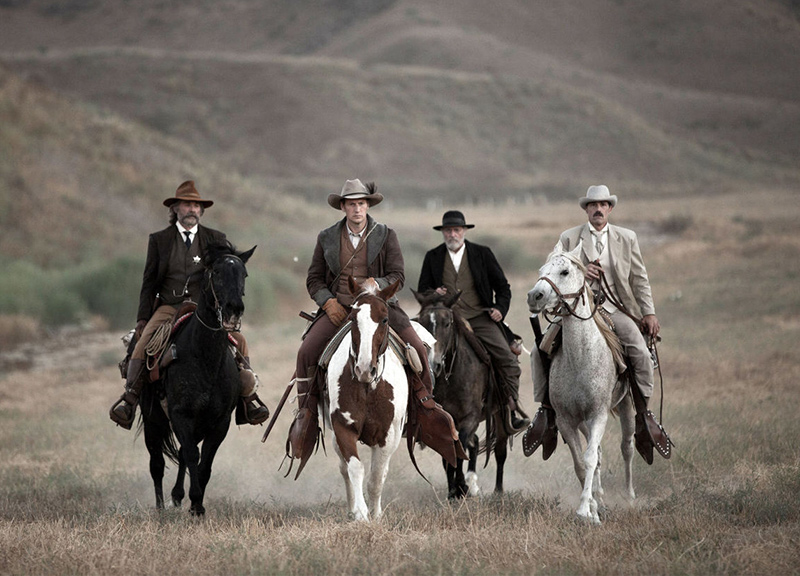 Bone Tomahawk Is The Beautiful and Bloody Western Horror You've Been Waiting On.

If nothing else, Bone Tomahawk stands as a testament to why we need more movies in the horror western genre. Because, while it's not even a straight-out horror movie itself, it definitely features some of the most terrifying moments in recent movie memory.

This is a stylish and gripping movie that shows the brutality of the Wild West. Featuring an awesome ensemble cast, the movie tells the story of four men: Sheriff Franklin Hunt (a right-in-his-wheelhouse Kurt Russell); his deputy, Chicory (a committed Richard Jenkins); John Brooder (an impressive Matthew Fox); and Arthur O'Dwyer (a tenacious Patrick Wilson). Each man carries his own baggage as they collectively head out into the wilderness in an attempt to save a group of their fellow townsfolk — one that includes O'Dwyer's wife, Samantha (Lili Simmons) — from a mysterious and cannibalistic tribe of Native Americans.

Impressively directed by first-time filmmaker S. Graig Zahler, Bone Tomahawk makes some very peculiar and fascinating choices — a quick cut away from the action to a bush or a mountain, for instance — that help give the movie a very distant and cold feel. That's fitting. Cold and distant is exactly what these characters are experiencing. Hot plains be damned, the mid-Manifest Destiny wilderness these protagonists trudge through is as unflinching as it is unmerciful, a place where death is common as it is brutal.

(Warning: Watch the below trailer at your own risk, as it's fairly spoiler-heavy.)

The actors at the center of the film portray their desolation quite well, with Fox especially stealing the movie through his portrayal of Brooder, a character whose very violent (and often immoral) ways serve as a prime source of trouble within the group. There's indeed more a play here than first appears: After starting as a rescue movie, Bone Tomahawk quickly transforms into a film dealing with themes such as willpower and perseverance against all odds.

In this case, those odds are some of the scariest cannibals you hope you never have to meet. Though designed in a way that could be criticized as being demonizing and vaguely racist — at one point someone even gets scalped — the tribe is meant to represent the harshness of the frontier life, where nothing comes easy and everyone is trying to kill you for just existing.Also, that tribe just so happens to pull off one of the top kills you'll see all year in cinema.

The action sequences too are gripping, shot so chaotically that you never really know what to expect next. It's fantastic.

There's a little fluff here and there, sure. But despite the fact its characters are wandering for most of the movie, each scene in Bone Tomahawk feels vital.

An earlier version of this review originally ran as part of Screen Invasion's coverage for Fantastic Fest 2015.