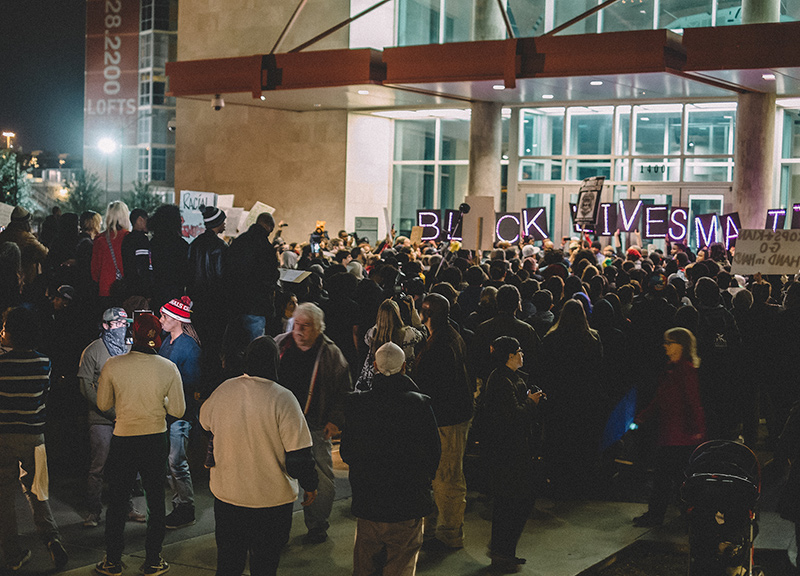 Scenes From Last Night’s Dallas Protests Against A Lack Of An Indictment For Darren Wilson.

Last night, crowds across the country gathered to have their voices heard in protest of the fact that a grand jury in St. Louis chose not to indict police officer Darren Wilson for the shooting death of Michael Brown in Ferguson, Missouri, earlier this year.

Shortly before 7 o’clock last night, a number of Dallasites too joined in on this chorus, first by gathering at the Dallas Police Department Headquarters at 1400 South Lamar Street, then by marching across Downtown Dallas and, eventually, by disrupting traffic on Interstate 35.

But, aside from a few puffed-out chests and a handful of arrests for that final bow on I-35, it was a largely peaceful affair — just a little civil disobedience meant to push along the conversation.

And push that conversation along this rally did — not only by expressing disappointment at the lack of an indictment in Ferguson, but also by shining a light on some recent similar cases closer to home. Speakers at the initial rally outside of DPD HQ made sure to point out the cases of 25-year-old Clinton Allen and 38-year-old Jason Harrison — two young black males killed by Dallas police officers in the last two years — and remind the crowd that this is not just an issue of concern elsewhere, but here in Dallas, too.

In turn, and perhaps as expected, the crowd attracted some protesters of its own — one of whom could be heard repeatedly shouting “You deserve to be shot!” to the crowd in an effort to stir up a reaction. Fortunately, peer policing took over and none did. Instead, the messages of the night — “No Justice, No Peace!” and “Hands up, don’t shoot!” — simply increased in volume as the crowds marched on.

And as those crowds marched and chanted, photographer Brandon LaJoie followed them, documenting the night and its activity with his camera. He was also kind enough to pass along his images from the night for Central Track readers to view. Check them out below. 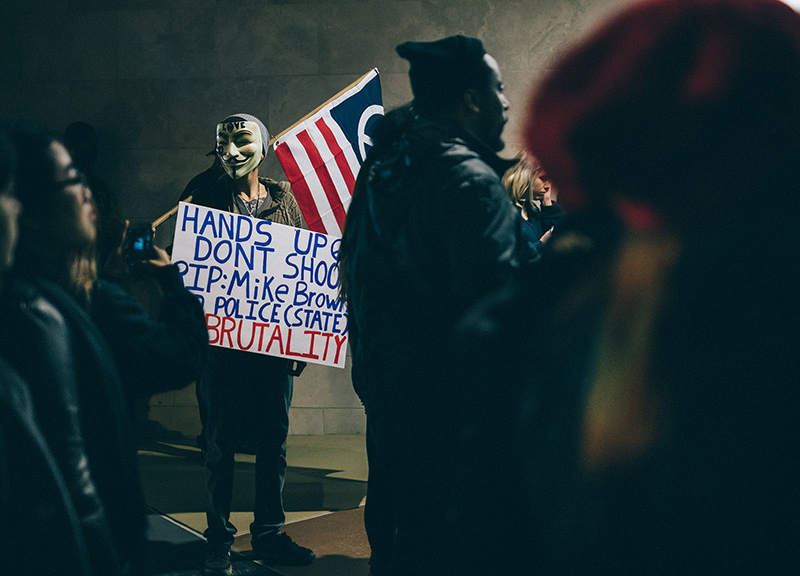 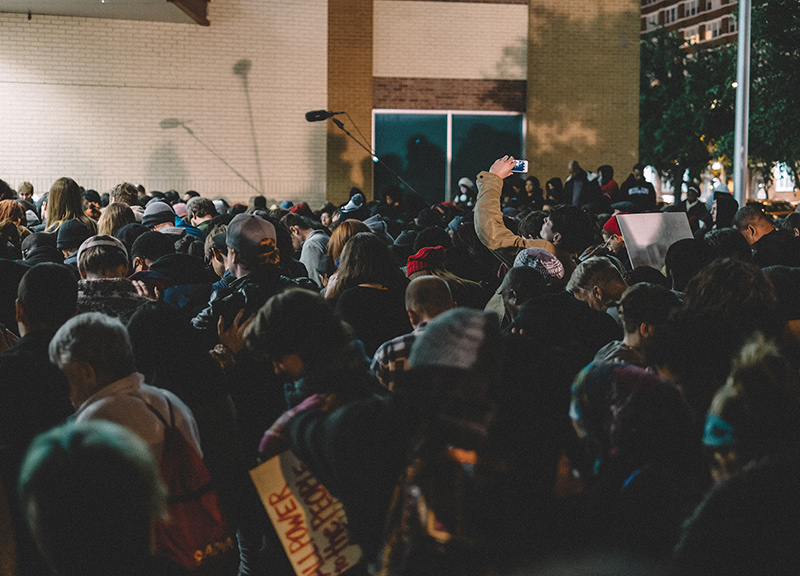 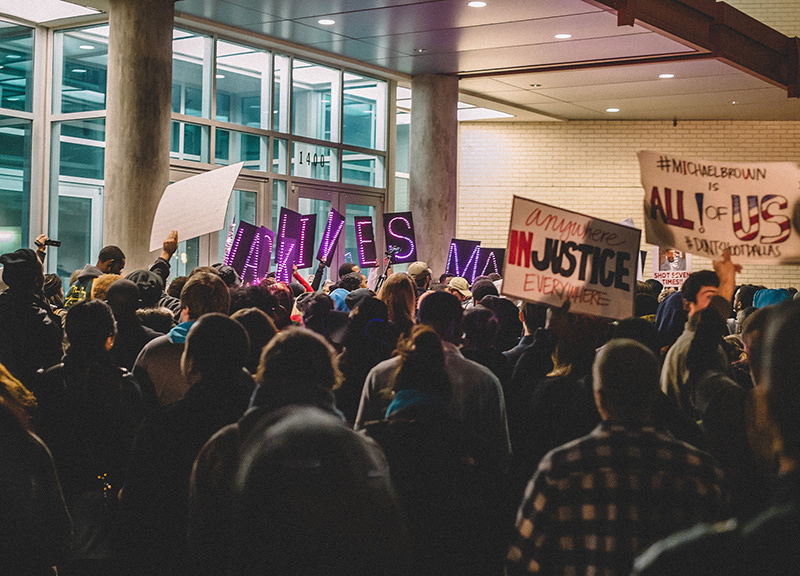 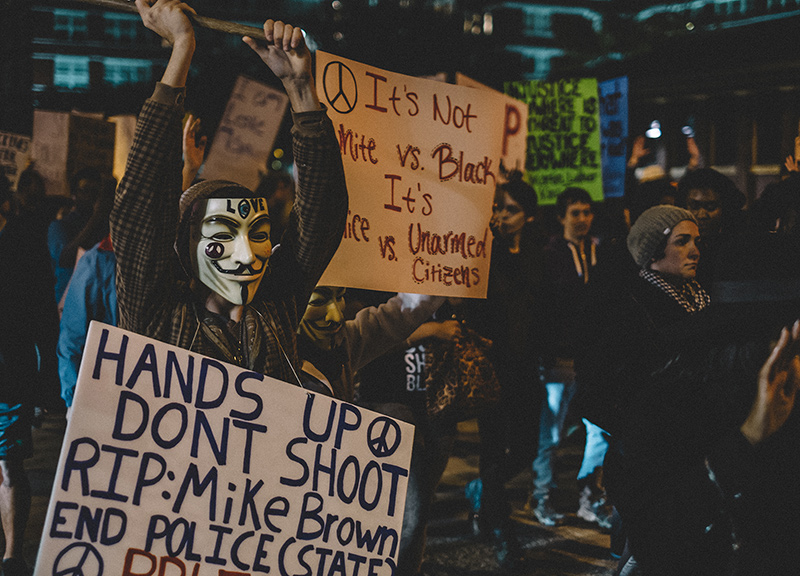 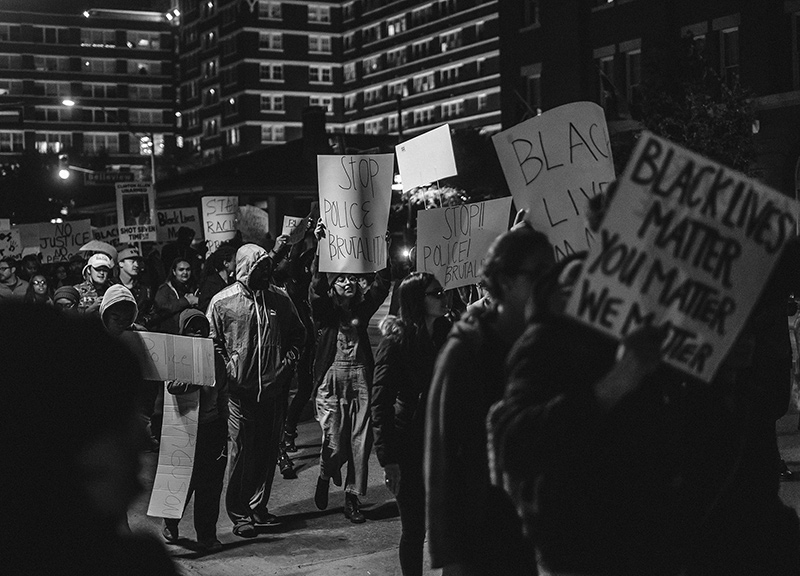 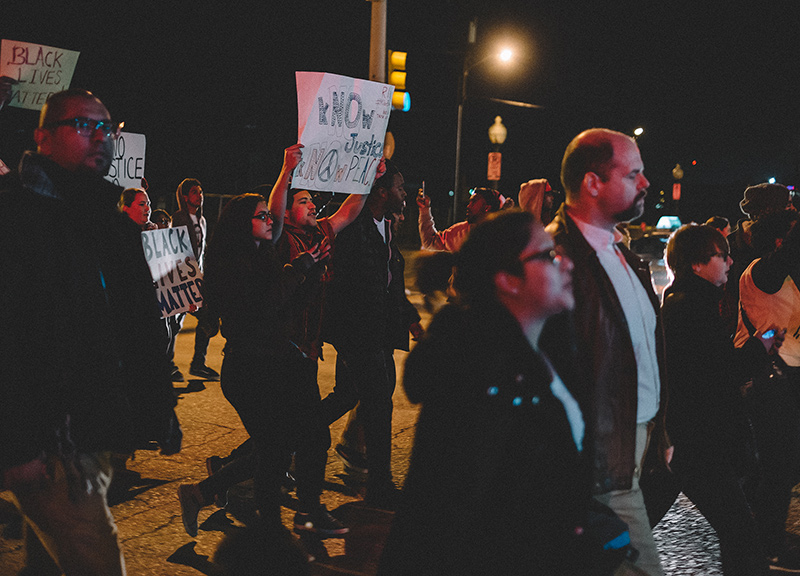 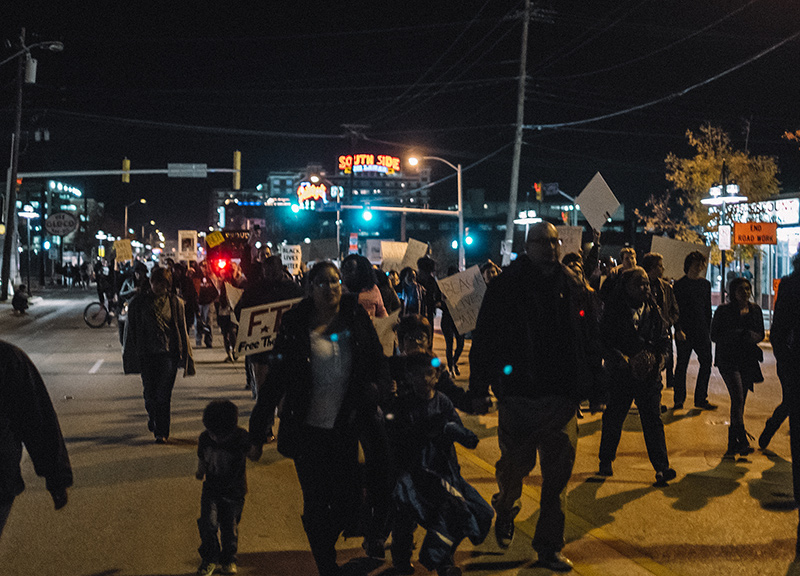 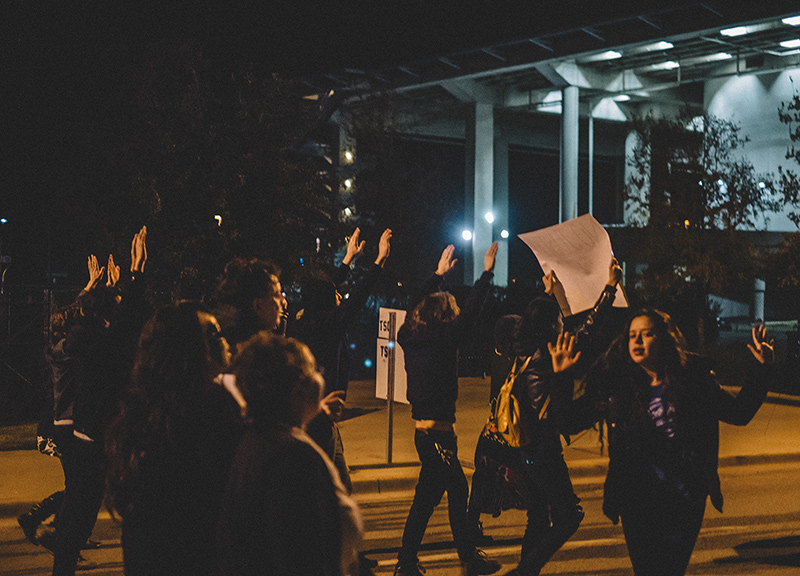 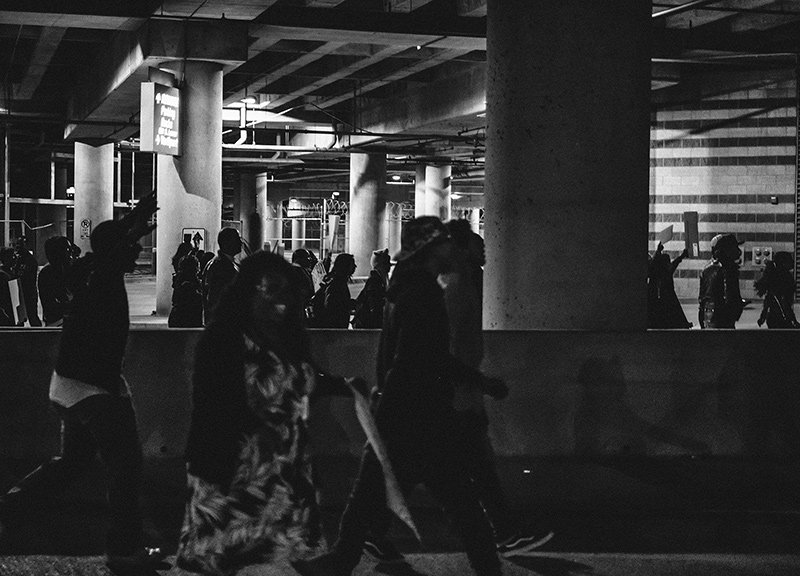 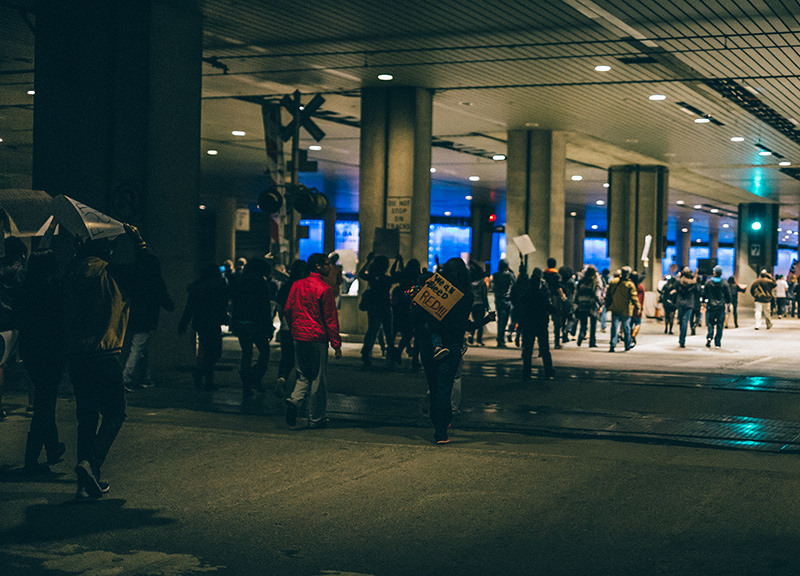 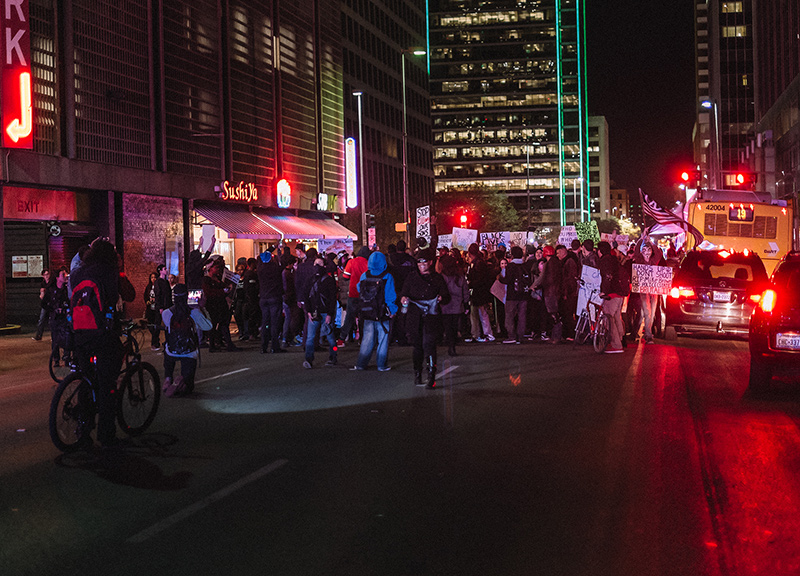 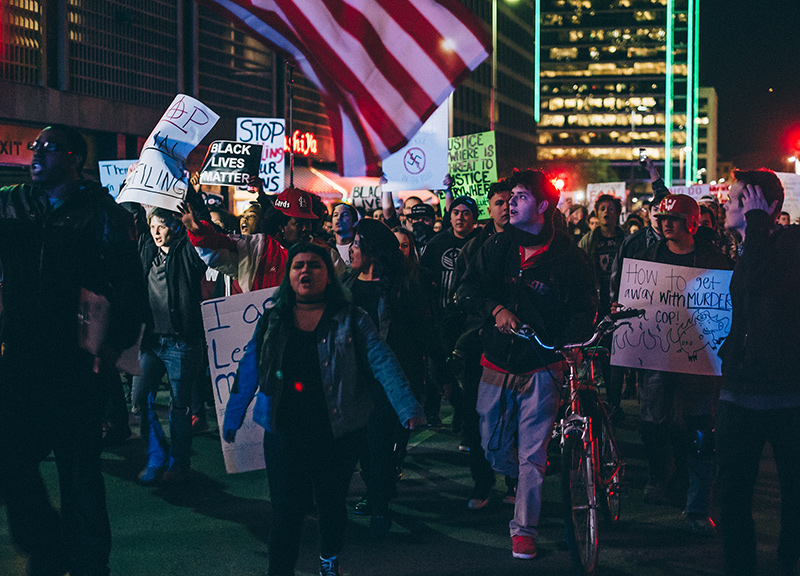 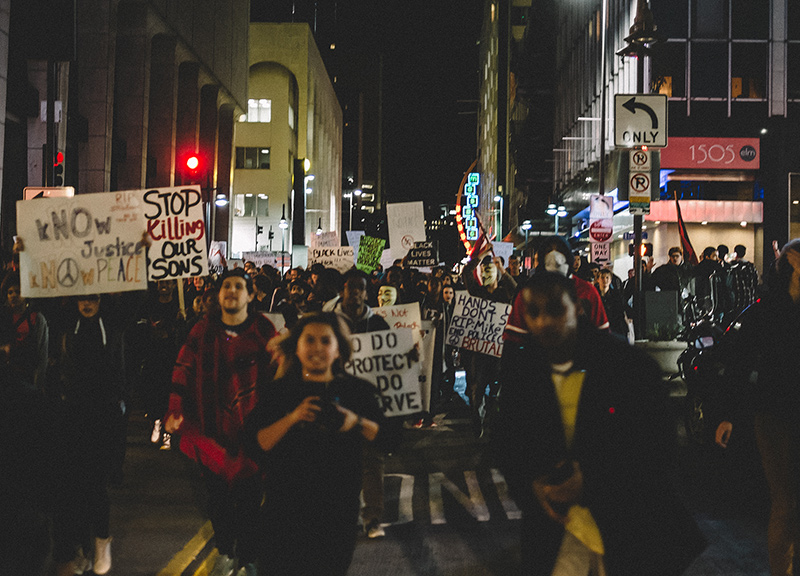 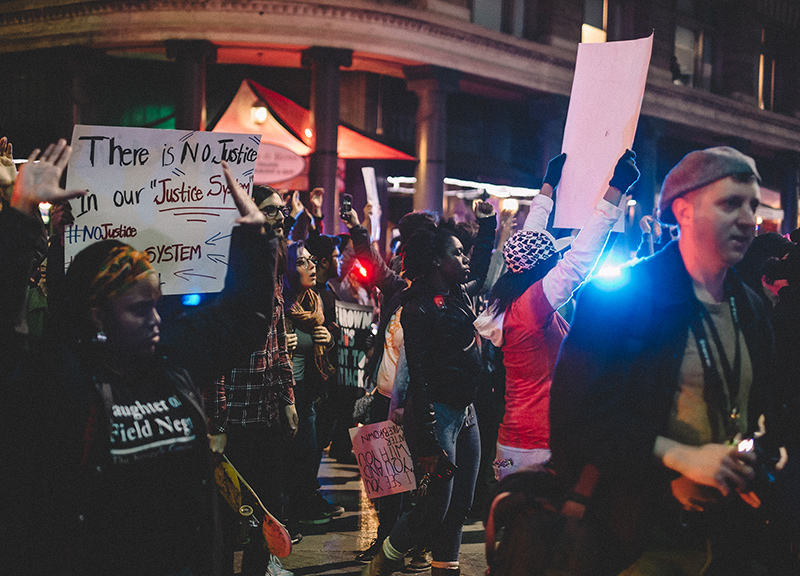 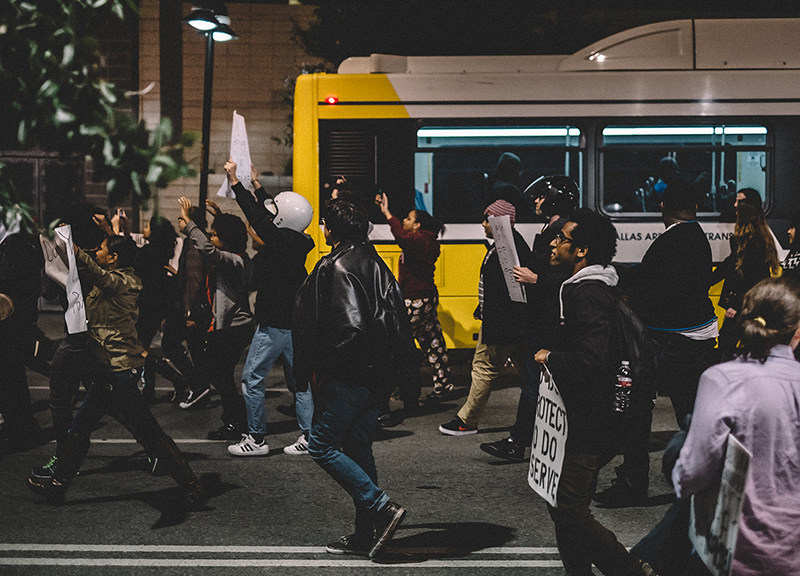 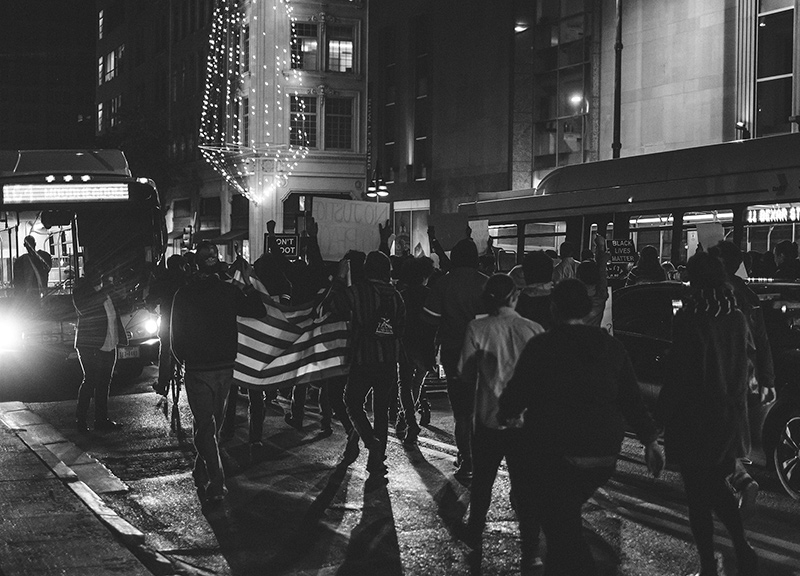 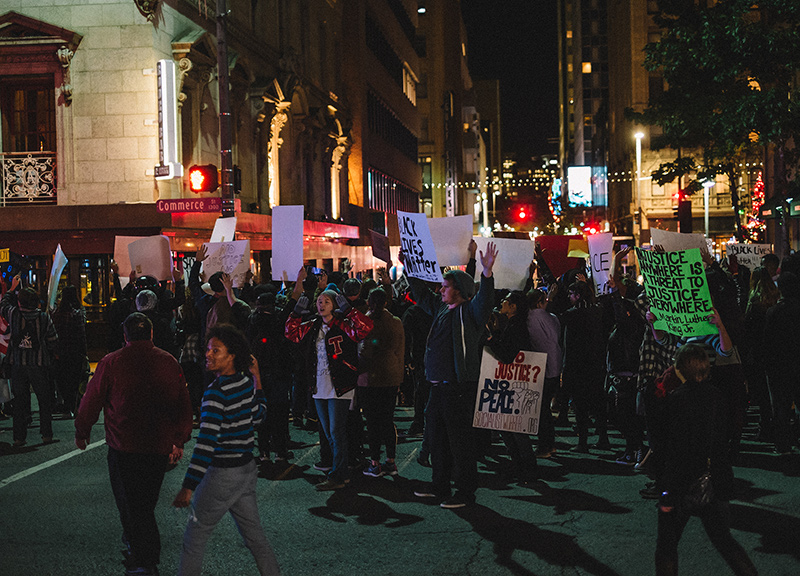 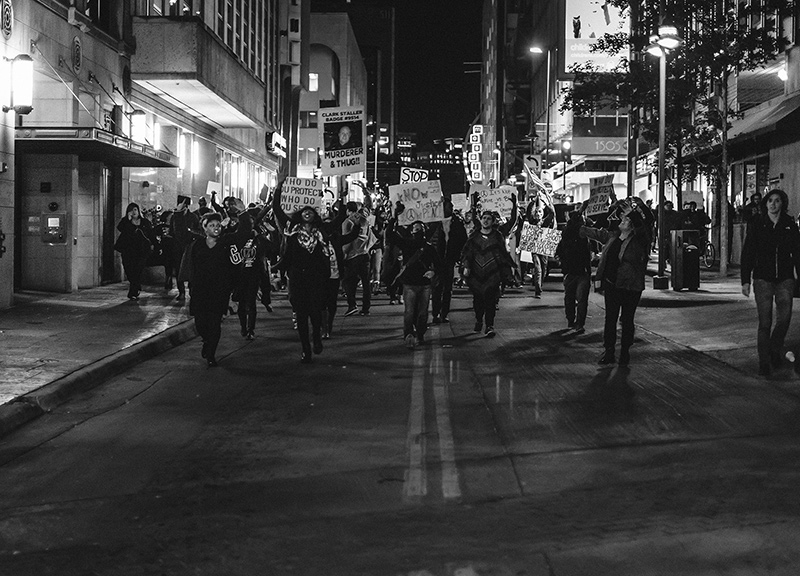