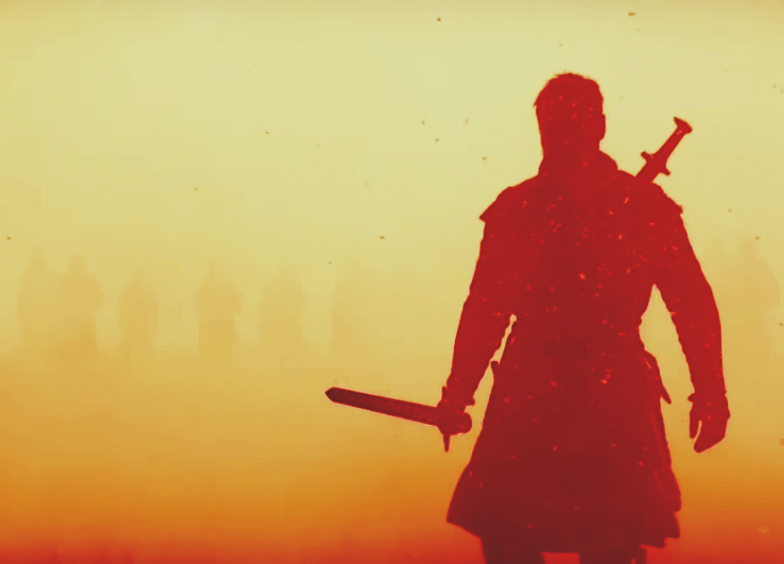 Macbeth Is Intense, Well-Acted And One Of The Most Beautiful Films Of The Year.

Shakespeare knows tragedy. Like, really knows it. With his tragic characters, he doesn't just wallow in their misery, he makes sure to pound them down until there is nothing left of their original selves.

It's what makes his plays and characters so great.

Justin Kurzul's Macbeth is just the latest in a long line of adaptations of one of the Bard's many plays. You know the story: A Thane of Scotland hears a prophecy of him becoming king then spirals down path of ambition, greed and determination. A lot of Shakespeare adaptations attempt to modernize the story, but Kurzul keeps this depiction as brutally real as possible here.

Seriously, this is the most realistic telling of a Shakespeare tale yet. And, set in the beautiful backdrop of Scotland's trossachs, it's also one of the prettiest films this year. And not just for pretty's sake, either: Kurzul utilizes the scenery to paint breathtaking frames. He plays with the focus and colorization of the movie, to. Some scenes are bright and vibrant, while others are hazy and dreary. It all adds spectacularly to the mood of the film.

Additionally, Michael Fassbender and Marion Cotillard give stellar performances as Macbeth and Lady Macbeth, respectively. Fassbender does particularly well showing the title character's struggle as he hears the prophecy and ends up becoming a madman and a tyrant to stay in power. Cotillard, meanwhile, is absolutely mesmerizing as the ever-plotting Lady M, and her “Out damn spot!” soliloquy is the best I've ever seen.

There are some famous lines omitted. The witches don't play a big role here; they're mostly around to give a few lines of prophecy and be eerie in the distance during battle scenes. That choice in particular is pretty smart, as it offers insight into MacBeth's psyche during his descent into madness. Are the witches even there? Or is this something he just dreamed up to justify becoming king?

The other cuts are necessary to keep running time down and plot moving. Instead of a five-act play, the movie comes in at just under two hours. They trimmed just enough subplots and lines to keep the flow going. And with the dialogue being very dense, the film plays some scenes over the monologues to help keep the audience understanding the plot without directly spoon-feeding them. It's more compelling than a five-minute monologue with a camera fixated on a single, pacing character, I'll say that.

Don't be afraid of this film. It's not just for Shakespeare enthusiasts.