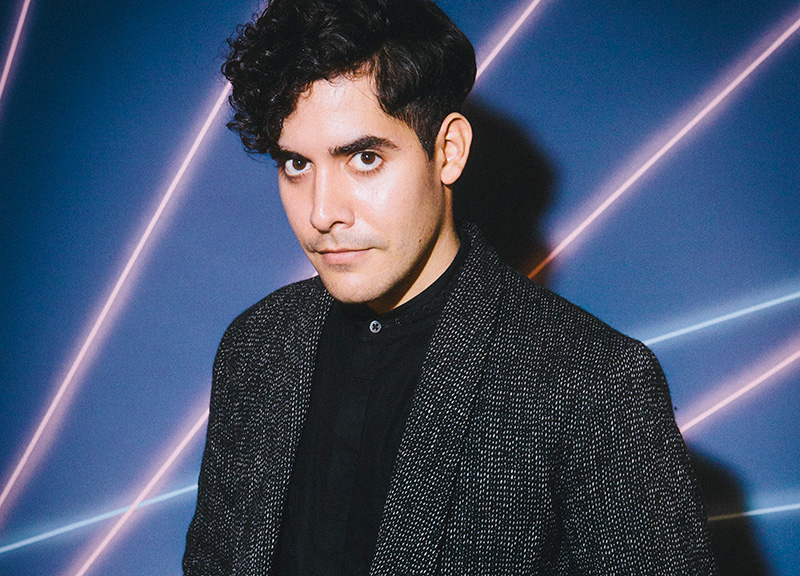 Welp, ladies and gents, we've arrived at the point of our year-end local songs countdown where we're about to stop giving you so many songs to listen to all at once. Indeed, today's bunch is the last part of the list we're releasing in batch form.

Yup, we're getting down to the nitty gritty here. And to ease you into tomorrow, where we'll begin devoting entire posts to a single song, we're offering up some pull quotes we've written previously about these next 10 songs — so as to maybe help further explain how they earned their spots so high on the list.

Hopefully it provides a little insight into why we think these songs are so great. Or, y'know, just hitting play on each of these links will do that same thing, too. — Cory Graves

“After a seven-year gap following its debut album, R. Loren's Pyramids outfit finally released a proper follow-up. In a glowing write-up on Pitchfork, writer Andy O'Connor notes what the band's been up to these past few years: Hydra Head, the label that released the band's debut, shut down, prompting a move to Profound Love; Loren, meanwhile, turned his attention to his Handmade Birds label and side projects White Moth and Sailors With Wax Wings. For O'Connor, the band's new A Northern Meadow LP was well worth the wait. He says it's the best thing the band's ever done. Or as he put it in his 8.0-scoring review: 'Here, they've developed a front-to-back sound that pushes their metal leanings to the forefront, while also upping the enigmatic glow of their debut. This consistency leads to their strongest effort yet.'” — CG

“Last year, Fort Worth's War Party broke through in a big way as a North Texas band to watch thanks to the release of its debut Tomorrow's A Drag LP — an album chock full of memorable hooks and riffage galore. Now, on the heels of releasing arguably our favorite music video of 2014, the band's gearing up to release two new cuts as part of a six-band box set of seven-inches being released Washington D.C.'s Windian Records. One of those new tracks, which the band passes our way as a stream, finds War Party significantly upping the doo-wop portion of its doo-wop punk aesthetic — and rather delightfully at that.” — Pete Freedman

“Vincent Neil Emerson wears his influences on his sleeve. It's a fact the Fort Worth-based songwriter doesn't shy away from, either. Rather than reinvent the wheel on his debut LP… Emerson steers hard towards the sounds of his honky-tonk heroes… All this isn't to say there's not plenty of Emerson in this debut batch of tunes, though. Over the course of the album's 10 tracks, Emerson drops plenty of wisdom, culled from life experiences beyond those of most 23-year-olds. After moving to Fort Worth a couple years ago for a girl, the East Texas native found himself in a tough spot when things didn't work out between the two. What followed was a stint of couch-surfing and a brief homeless spell before landing a job washing dishes, renting an apartment and working towards making music his full-time gig.” — CG

“Dallas music genius Shaun Martin brought his band 7 Summers to the stage. Borrowing the talents of Williams on keys, Robert 'Sput' Seawright on the drums and Mark Lettieri on guitar, 7 Summers was just killer. The musical talent on display was equal to, if not even better than, RC & The Gritz's own performance not 20 minutes beforehand. Playing around with songs like 'Purple Rain' and 'No Diggity,' each of the Grammy-winning players onstage was having a blast and jamming to the best of their ability. The brass section played its heart out and, when everyone in the band had their chance to solo, it was clear that these musicians were on another level of talent — a level that takes years of dedication and love for the craft of making music to attain.” — Brandon Mikeal

“In the six years since the release of Telegraph Canyon's stunning sophomore The Tide and The Current LP, band frontman Chris Johnson went through some shit. First came a divorce. Then came an extended stint living out of an RV, a vehicle otherwise meant to serve as Telegraph Canyon's touring van. Over this stretch, his was indeed something of a transient life: Before returning permanently to the region, where he found boarding in an upstairs loft space above the Fort Worth venue Shipping & Receiving, he bounced between North Texas and New Orleans with head-spinning regularity. All the while, though, he and his bandmates found time to write and record the material that would eventually make up the eleven songs of his six-piece's third LP, You From Before — even going so far as to release a few of them as singles… songs that hinted at a new, less intricate and more brooding direction for the band.” — PF

“Music comes across a journalist's desk in a variety of ways in this digital era. But the method with the best track record — far and away, in my experience — is still when active musicians from a scene come calling to rave about something new that they've just discovered from around the way.That's how, about a month back or so, a new entity named Felix entered into my sphere. First, I heard about this cat (lol) through acclaimed Dallas house DJ hero and Josey Records partner J.T. Donaldson, who shared a track to his Facebook page and proclaimed its profound waviness. Next, Booty Fade and Cannabinoid member Picnictyme hunted me down at Beauty Bar to rave about Felix's lo-fi funk appeal. Right around the same time, Dallas rap ego Lord Byron messaged me about this new Felix guy being hard. Then one of the dudes in Rache emailed me about these same songs, imploring that I check them out. If all of their collective praise didn't come off as so vehemently genuine, I'd have figured it a concerted press campaign. But even were it, no matter: I checked Felix out at the first suggestion and found myself way into it, too. I mean, what's not to like?” — PF

“It's been four years since the release of Era Extraña, Alan Palomo's sophomore album as Neon Indian. And, mostly, the Denton ex-pat wants to talk about that gap in time when I ring him up for an interview to preview his upcoming VEGA INTL. Night School LP… To hear Palomo tell it, the time that lapsed between these albums represents an intentional, extended break. The music industry grind had started to wear on him, he admits, and his creativity started to wane as a result. And so Palomo recessed toward the things that drew him to music in the first place. Among other creative endeavors… he began focusing on DJing again — something he'd done regularly back in the days when he was still living in Denton and when his post-Ghosthustler projects of VEGA and Neon Indian were initially somewhat blurred together. While prepping for some high-profile gigs of that ilk and scouring for cumbia, Belearic beat and early house records to play during them, he rekindled his flame for music discovery.” — PF

“About a year or so ago, Ward Richmond got an itch to put his old band back together. Following the birth of his daughter, he experienced a flood of creative energy and soon had an album's worth of songs that he thought would surely become the next Boys Named Sue record. Alas, it wasn't to be. While the rest of the band was on board with the idea, ultimately John “Sue A” Pedigo's schedule was too busy with his other band — The O's — to carve out enough time to make it work. Rather than let the project die, though, Richmond pressed on under the new name of The Warden, recording the songs himself with the help of The Von Ehrics frontman Robert Jason Vandygriff, who produced the collection… Even Pedigo drops in long enough to contribute a verse in the album's standout track, 'Our Town,' an autobiographical take on the 20 years he and Richmond have spent playing in bands together. That song also features a verse from Vandygriff and backing vocals from Madison King. It's a horn-filled, country-tinged tune filled with East Dallas references and an undeniable chorus. — CG

“The Dallas expat did pop up on The Tonight Show Starring Jimmy Fallon last night, though, where she performed 'Teenage Talk,' the song she premiered on an episode of Girls earlier this year. Fittingly, she was joined by a set of actual teenage backup dancers for the performance, which was as appropriately weird as you've probably come to hope for/expect from the artist born Annie Clark.” — CG

“Last night, Erykah Badu blew up the Internet with the late-night release of her cover of Drake's summer slow jam 'Hotline Bling.' Only, well, her 'Hotline Bling But U Cain't Use My Phone Mix' is as much of a reinterpretation and re-imagining of the track as it is a direct spinoff. Scrapping all of the production from 40 on Drake's version, Ms. Badu's version was co-written with Seven Benjamin — her son with Outkast's Andre 3000 — and also makes use of several of Badu's fellow Booker T. Washington High School alumni. Zach Witness produced the track, and new guitar and drum parts come courtesy of Raché's Benjamin Hixon and Ethan Worland, respectively.” — CG