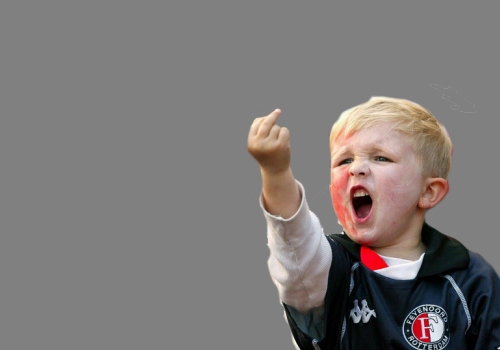 10 Dallas Restaurants To Avoid If You Can’t Stand Kids.

It starts with a simple cry of desperation from a hungry child looking for attention. Then it slowly starts to increase in volume and intensity — and, before you know it, there’s a small tornado of curiosity and snot noses dead-set on ruining your nice evening out.

From climbing in and out of water features and public sculptures to wheezing and sneezing without closing their damn mouths, children are inevitable mood killers for those looking to simply enjoy a decent, grown-up meal in public.

For everyone looking to break free from the relentless cycle of screams and messes, here are some restaurants you absolutely must avoid.

Il Cane Rosso.
White Rock.
It comes with a heavy heart that we confirm that this location is running afoul with unattended children scampering about the courtyard and mounting the prominently featured pig-sculpture. Children have been a major concern for this place since pizza-guru Jay Jerrier opened the doors back in 2013. Things started off bad, as parents let their little offspring turn a beautiful water and fire feature into their own personal playground and bathhouse, leading the water feature to be filled in after countless parents not only encouraged and defended the behavior, but set their sights on a Facebook comment rampage. The takeaway here? If ownership couldn’t fight the onslaught of these kids, then you don’t stand a chance.
Peak times to avoid: Early dinners.

The Truck Yard.
Lower Greenville.
The open-air atmosphere, revolving roster of food trucks and treehouse bar is a perfect setting for parents to drown their sorrows. All the while, though, their children run around, petting (read: violently assaulting) animals that do not belong to them and attempting to climb the trees that line the property. While there are signs specifically requesting that unruly children “be kept on leashes,” we hardly believe that this policy is enforced. If only it were.
Peak times to avoid: Summer days, weekends or anytime before dusk.

Taco Joint.
Multiple Locations.
Even if you don’t see them while you’re there, all you need to do is take a quick scan of Taco Joint’s dining rooms to realize that its locations are hotbeds for whippersnapper behavior. The floors are lined with the fallen crumbs of uneaten chips and beans that have been smashed by the tiny feet of their youngest patrons. Sometimes you can even spot their not-adorable-at-all footprints near the scenes of the crimes.
Peak times to avoid: Mornings and weekend mid-afternoons.

Penne Pomodoro.
Lakewood.
While their dinner and brunch menus are enticing, this location tries desperately to keep the younger crowd entertained with a kid-specific coloring menu. On the one hand, the food is pretty good! But, really, any restaurant with a basket of crayons at the front door should raise your red flags.
Peak times to avoid: Early dinners.

Dream Café.
Uptown and Lakewood.
The Uptown location has a playground built right into the patio, and it seems as if their kid-friendly atmosphere has spilled over to their Lakewood location too. Healthy menus and large patios are a large draw to crowds of young mothers looking for a quick glass of wine while waiting for their children run out their energy.
Peak times to avoid: Lunches during the summer and early dinners.

The Lot.
Lakewood.
Over at the old, once-notoriously-sloppy Backyard Beach Bar space in Lakewood, this building’s new tenants decided to use its outdoor space to create a family-friendly dining experience where children can run free and trample all over our sandy dreams. While the sandpits were once intended to be separate playgrounds for children and adults alike, the younger patrons have staked their claim and the adults have been forced to cower back at their tables.
Peak times to avoid: Any time before the sun sets.

Chicken Scratch.
Oak Cliff.
Sadly, this spot consistently attracts hordes of small ones who are intent on destroying our peaceful day-drinking plans. Just a few steps away is an adult-only watering hole, The Foundry, where adults can find a small amount of child-less comfort. But the kids across the yard must be too young to read the signs telling them to keep out, as the tiny ones still manage to creep their way towards The Foundry’s pinball machines. Sigh.
Peak times to avoid: Afternoons and early evenings.

Katy Trail Ice House.
Uptown.
This location is a perfect storm for wild and unruly children. Despite being mere steps from the Katy Trail where children can run free to waste their energy in a proper environment, the little hellions always seem to stumble back into the Ice House’s confines with a renewed sense of abandon.
Peak times to avoid: Summer days and early dinners.

L.U.C.K. (or any place in Trinity Groves, really).
Trinity Groves.
The Trinity Groves retail center was basically built with family-friendly motives from the get-go. Billed as a “dining-theme park,” the entire area acts a giant patio (read: playground) for children to run amok, with countless planters for them to jump off of as their parents indulge in some of the finest food and drink offerings in town.
Peak times to avoid: Early dinners and brunches.

Bread Winners (Northpark Mall).
Park Cities.
Due to its unfortunate location facing the mall’s expansive courtyard, this spot tends to draw in the mall-walking, champagne-sipping, Gucci-toting families who allow their children to cartwheel around and leave a trail of destruction in their wake. Thank goodness there are other locations of this chain around town.
Peak times to avoid: Brunches, weekend afternoons and early dinners.