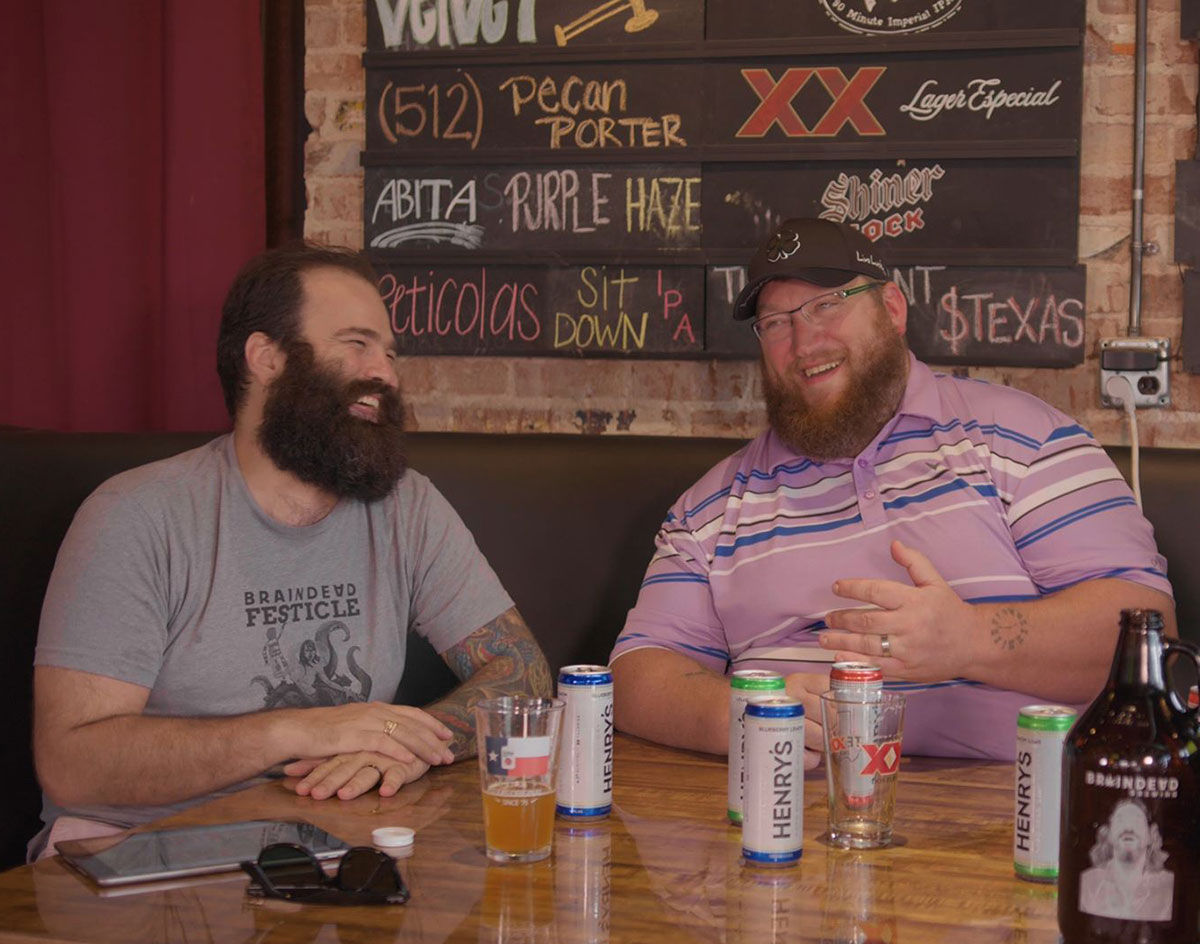 In Growlersations’ 31st Episode, We Run The Booze Gamut With Jason Caswell, Owner Of The Chuggin’ Monk, LG Taps and Ross & Hall.

This week, we’re joined by Jason Caswell. You may know him as the owner of such esteemed Dallas-area bars as The Chuggin’ Monk, LG Taps and Ross & Hall.

He didn’t always envision ending up with this lot in life, though. You see, Jason started out expecting to be a lawyer before call of bar ownership lured him in.

For the uninitiated, Jason’s bars tend to fall on the spectrum between sports bar and dive bar. Fittingly, this episode walks a similar line. It’s full of big personalities and fun stories, covering everything from chicken sandwich power rankings to tumbling backwards of airport bathrooms.

And, since Jason likes to drink, we blasted through a six pack of his preferred hard seltzer (Henry’s) beyond the usual two growlers. As a bonus, our real estate and Dallas music scene friend Colin Beams, who happened to be in the building at the time of our shoot, joined in on the cause to help us get through all this booze.

Just like Jason’s many bars, this was a fun episode.

So, pull up a chair, crack open a cold one of your own, and join us, yeah?