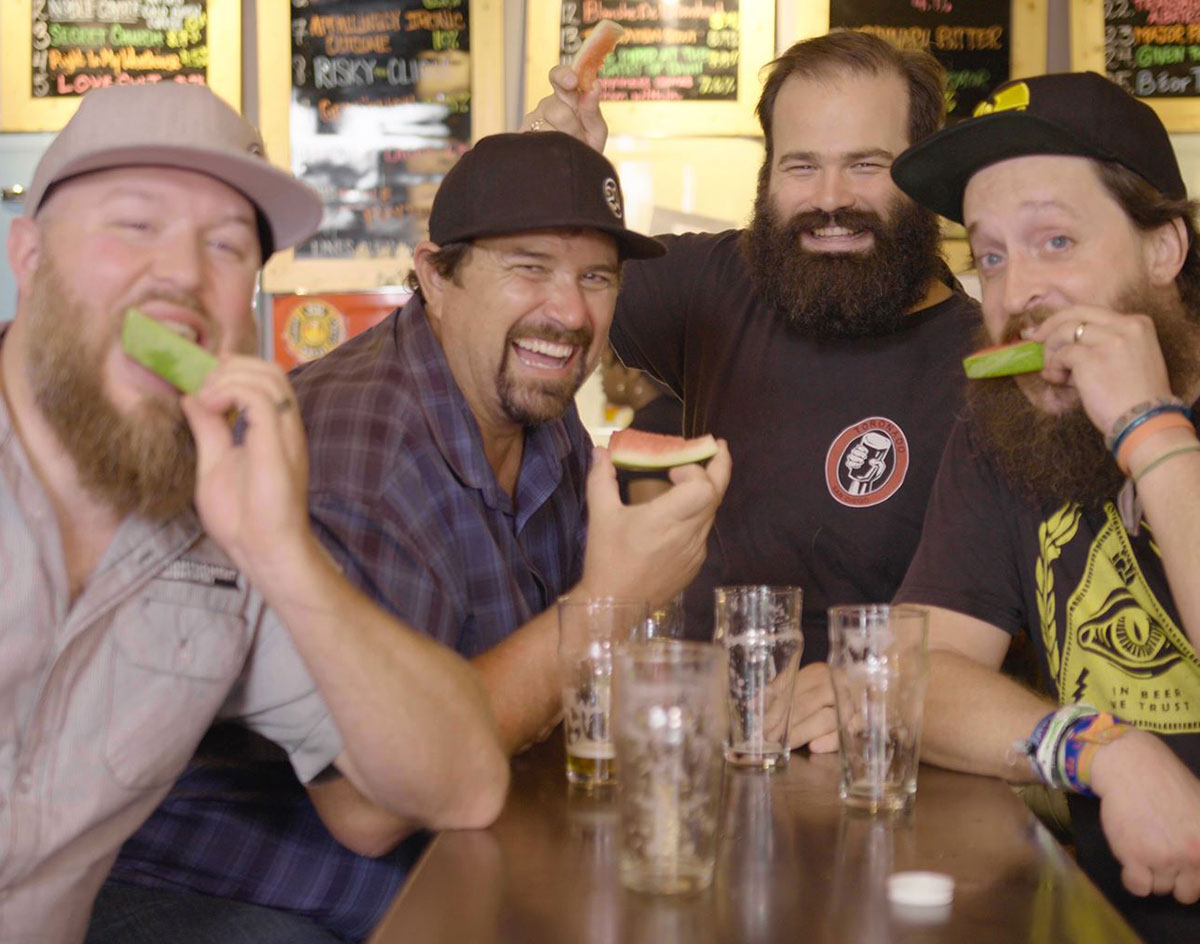 We’ve got beer, and we’re drinking it with some fellow brewers!

In town from the West Coast for a slew of meetings related to his beer’s distribution in the market, Dave was kind enough to carve an hour out from his busy schedule to drink a bunch of beers with us. And while neither my co-host Jeff nor I had met Dave before this episode’s taping, we all became fast friends over our shared love of craft brewing.

We bonded over other shared perspectives too, though. Since opening 21st Amendment in 2000, Dave has watched on as the neighborhood surrounding his brewery has undergone significant changes. So, yeah, it was easy for us all to draw some parallels between observations about his South Park neighborhood’s changes over the years to the ones we’ve been seeing right here near our spot in Deep Ellum.

Beyond that, we also got insights into the many brewing boundaries his 21st Amendment Brewery has pushed throughout the years — like how he was ahead of the curve in adding fruit to his commercial output back when he first released his company’s summertime favorite brew, Hell or High Watermelon, which we were stoked to sip on ourselves over the course of this taping.

Anyway, we talked about all sorts of stuff — so much so that we kept on drinking even after our show’s standard two growlers ran dry. And if that’s not the sign of a good Growlersations episode, then I don’t know what is.

So hit play on the below embed, crack open a cold one and join us, yeah?