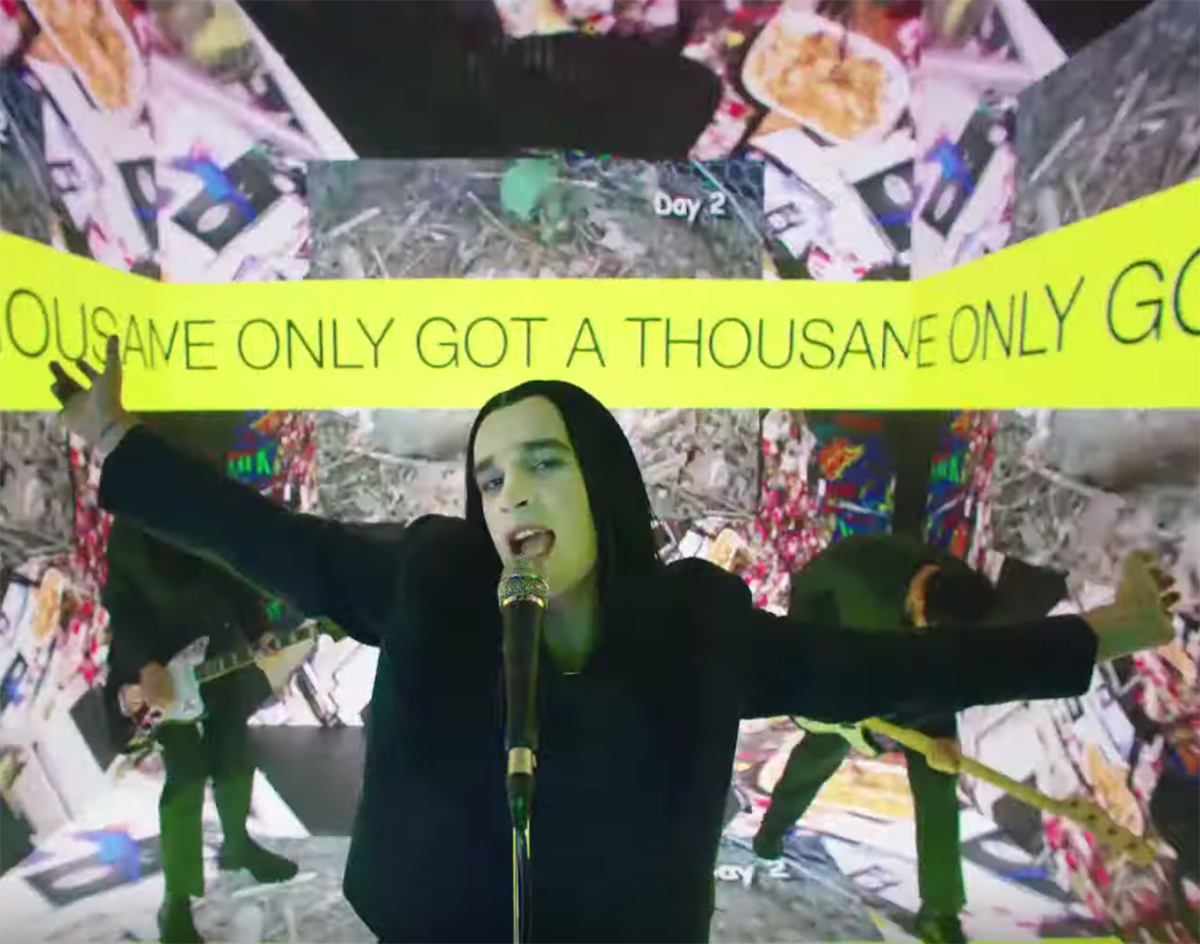 Also Among This Week’s Upcoming Dallas-Area Shows You Should Know: Jackson Browne, Morbid Angel, Explosions in the Sky, Oliver Francis And More.

Kentucky hardcore band Knocked Loose recently found itself getting an inadvertent endorsement from one of this country’s most polarizing public figures.

While on the campaign trail, presidential candidate Bernie Sanders stopped by Louisville, Kentucky to march with AT&T employees who were on strike, and as someone filmed the presidential candidate speaking through a megaphone, the cameraperson happened to capture a perfect angle of a billboard advertising Knocked Loose’s new LP. The band tweeted said video on Sunday:

A Different Shade Of Bernie https://t.co/iviVZxzMVi

This kind of publicity is incredibly coveted, and many artists can only dream as the stars align for this to happen, accidental or not. If we had the bully pulpit of Bernie Sanders, we would use it to give far more artists a boost. Sure, President Obama releases his Spotify playlists a few times a year, but John Legend and Stevie Wonder aren’t exactly hard up for exposure.

We’re of the belief that people with power should use their platform to promote the arts. So, with what little power we comparatively have, we seek to fulfill that responsibility by letting our readers know what cool shows have just been announced by local promoters and clubs. Take a look.

Emily Wofe
Friday, October 4 at The Rustic
Free.
Austin-based singer-songwriter Emily Wolfe has performed with Billy Gibbons and Peter Frampton. Members of Toadies have been in her corner for quite some time, and as such, you may have seen her open for them a time or two.

Swervedriver
Sunday, October 13 at Club Dada
On sale now.
This English shoegaze act has toured arenas with Smashing Pumpkins and released one of the most acclaimed alt-rock albums of the ‘90s (Mezcal Head.) Now, they’re leveling with us commoners in playing a small club.

Mushroomhead
Monday, October 14 at Trees
On sale now.
Mushroomhead is to Slipknot what Waluigi is to Mario.

Explosions in the Sky
Saturday, October 26 at Longhorn Ballroom
On sale Friday, August 30 at 10 a.m.
Explosions in the Sky were once a humble assemblage of Austin transplants that would open North Texas shows for Lift to Experience. In the years since, they would tour with Fugazi and Nine Inch Nails, write the score for Friday Night Lights and provide instrumentals for that annoying Pacifico YouTube ad that is burned into your retinas at this point. Point being, it’s been quite an eventful run, and the venerable post-rock outfit will be celebrating its 20-year anniversary at this show.

Gatecreeper + Exhumed + Necrot
Friday, November 1 at Dada
On sale now.
This unholy trinity of a tour package boasts Gatecreeper and Necrot, both of which are easily one of the most hyped death metal bands of late, and Exhumed, a deathgrind band that is nearing its 30-year anniversary. Rising Lubbock-based hardcore outfit Judiciary open.

Oliver Francis
Saturday, November 9 at Ruins
On sale now.
This Missouri hip-hop artist and producer has made a name for himself on YouTube, where tracks such as “wwaavvyy” and “AAHYEAHH” have over 5 million views each.

BROCKHAMPTON
Thursday, November 14 at Bomb Factory
On sale Thursday, August 29 at 10 a.m.
One of the most inclusive hip-hop collectives and the self-proclaimed “Internet’s first boy band” just dropped a new album titled Ginger, and in conjunction with this release, Kevin Abstract and Co. announced the Heaven Belongs To You Tour. slowthai opens.

Morbid Angel + Watain + Incantation
Friday, November 22 at Gas Monkey Bar N’ Grill
On sale Thursday, August 29 at 10 a.m.
This is proving to be the week of stacked death metal trifectas, huh? Along with Death, Morbid Angel is considered one of the genre’s most influential bands. Watain is a controversial Swedish black metal band that sincerely claims association with Satanism. Incantation is another influential death metal band, only in a more niche segment that includes the likes of Immolation and Autopsy. Bottom line — all of these bands listened to Celtic Frost in the ‘80s before deciding to pursue music careers.

The 1975
Wednesday, November 27 at The Theatre at Grand Prairie
On sale Friday, August 30 at 10 a.m.
Hey, so remember 102.1 The Edge? Remember how its dissolution resulted in a split between 97.1 KEGL and the freshly sprouted ALT 103.7? Well, the latter is throwing something a bit similar to How the Edge Stole Christmas, and it’s called Alterium — not the best name, but it’s certainly an impressive inaugural year. The 1975, Catfish and the Bottlemen and SWMRS will be kicking off what will likely become an annual tradition, and on the day before Thanksgiving, nonetheless.

Kody West
Wednesday, November 27 at Billy Bob’s
On sale Friday, August 30 at 10 a.m.
This Denton-based alt-country artist is in the same Red Dirt circuit as Koe Wetzel, Dalton Domino and William Clark Green. He’s also very easy to get confused for Cody Jinks, who also has ties to Denton, so there might be some accidental fans in the mix.

Jackson Browne
Sunday, December 29 at WinStar Casino
On sale Friday, August 30 at 10 a.m.
Jackson Browne is one of the most legendary singer-songwriters alive, and his work with Nitty Gritty Dirt Band bears cultural significance on its own, but don’t let any of that distract you from Drake’s cover of “These Days.”