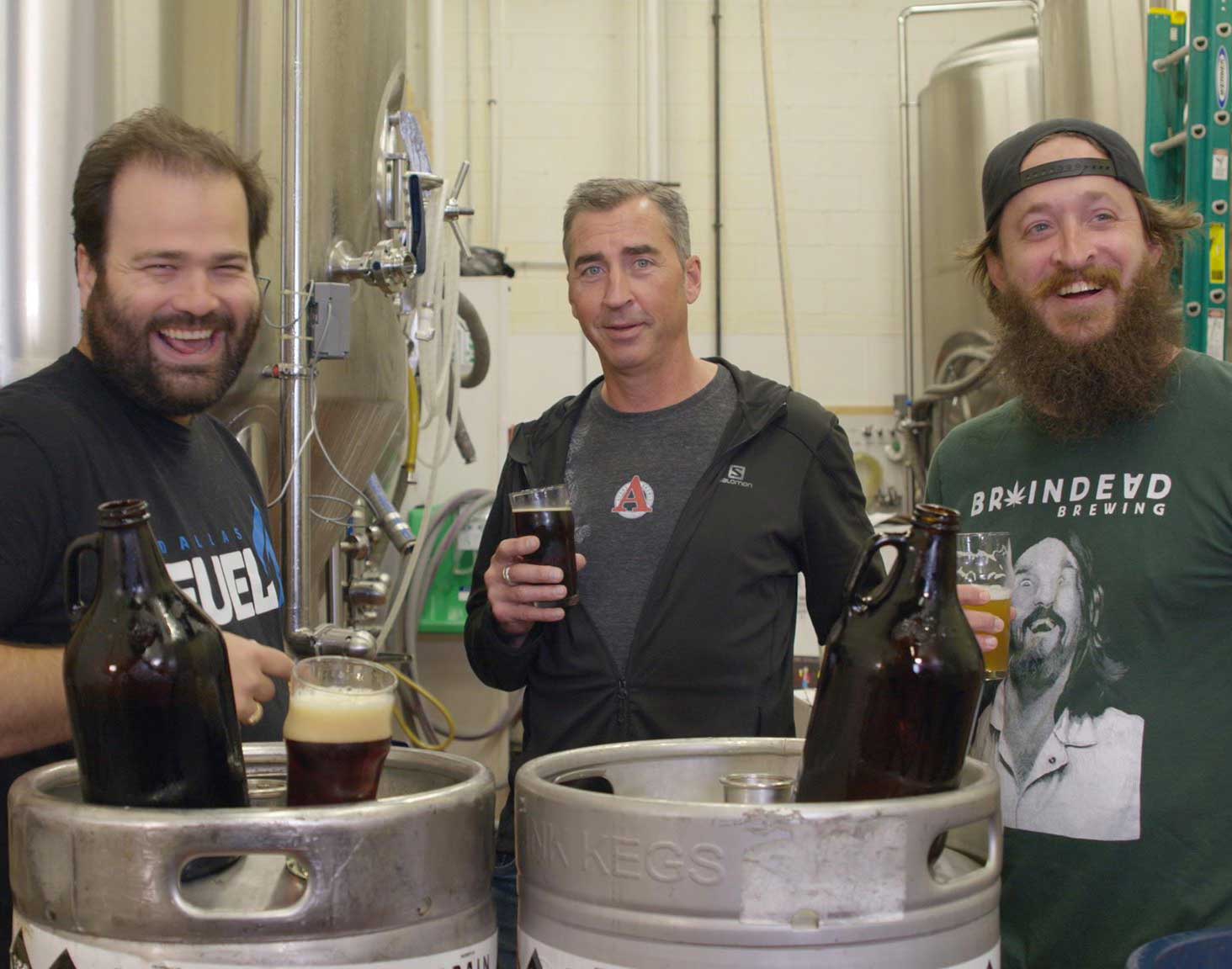 We’ve got beer, and we’re drinking! And this week, we’re drinking it with Adam Avery of Boulder, Colorado’s own Avery Brewing Company.

In January, I was told that Avery, a pioneer of Colorado’s craft beer scene, was coming to town and he wanted to schedule a Growlersations. I could hardly believe it. This guy’s on my Mount Rushmore of craft brewerrs. He’s been pushing the envelope before there even was an envelope to push here in Texas.

So I decide to celebrate being able to meet and talk with him by drinking 130+ ounces of beer with him instead of eating lunch. Hey, it seems the most responsible thing to do. We’re both brewers after all.

He shared stories of upstarts like Tomme Arthur of Lost Abbey in San Marcos and Greg Koch of Stone Brewing Company working to lay the groundwork of their own now-famous breweries. He also shared stories like blending Bigfoot and Hog Heaven Barleywines in a hot tub in Aspen with Ken Grossman and collaborating with Vinnie Cilurzo at Russian River Brewing instead of suing each other over the name Salvation.

This probably goes without saying, but this week’s Growlersations is a special one for us — and we really hope it’s special for you as well. So put on your headphones or turn up your speakers, and let us talk to you while you work at the office or wherever you’re watching this Growlersation. We’ll try not to make you laugh too much.