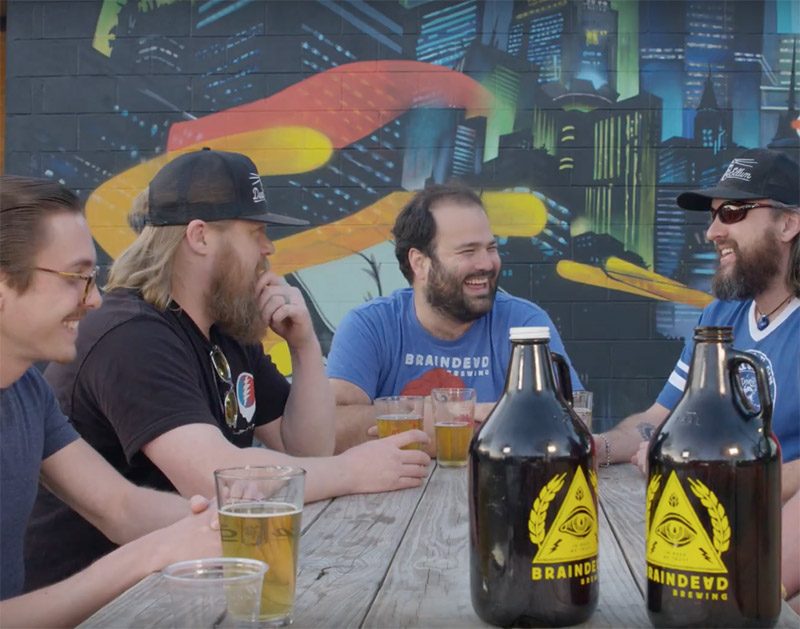 This week, we set up in the backyard of the Deep Ellum Art Company where we sat down with owner John LaRue and talent buyer Michael Kervin to talk music and how the past (almost) seven months have treated one of Deep Ellum’s youngest venues. Neighborhood musician Marc Rebillet also tagged along to talk music and to round out the conversation from the performer’s point of view.

When the Art Company opened back in September 2017, the goal was to craft a space where the creative community in Dallas could gather and celebrate art and live entertainment in all their forms: music, magic, painting, etc.

So we cracked open two growlers of lager — one Mechanical Advantage and one Automatic Standard — to talk about Deep Ellum Art Co., the past seven months, the local music scene and the Deep Ellum community in general.

So cheers to live music in Deep Ellum and to you enjoying our chat!