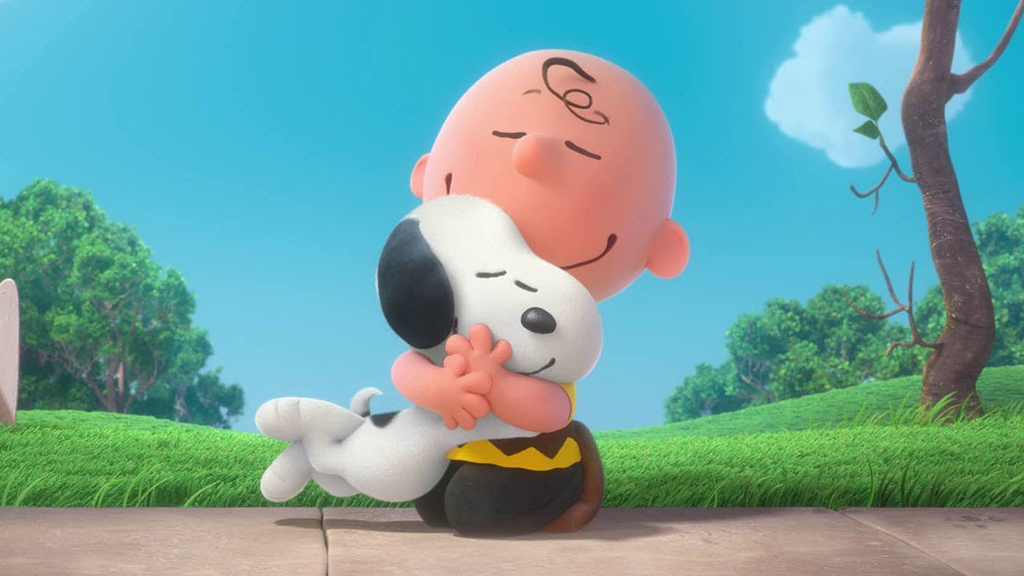 The Peanuts Movie Is An OK Time That Leans A Bit Too Heavily On Nostalgia.

Let's get this out of the way: I didn't grow up with Peanuts, neither in print nor on TV. Watching re-runs of its specials was no beloved holiday tradition for my family. To me, Peanuts and Garfield were the soulless, corporate antithesis that Calvin & Hobbes creator Bill Watterson raged against.

So, apart from a pushy ex trying to get me into the movies, I haven't really cared for the depressed, inexplicably bald kid getting duped into kicking a football over and over. I have zero nostalgia for this property.

And yet I found a lot of heart and humor amidst this nostalgia trip of a movie.

Once again, The Peanuts Movie brings its whole gang of neighborhood kids together, but, unlike past adventures, there is a new addition to the group this time around. And, yes, Charlie Brown falls for Red Headed Girl almost instantly, despite not even knowing her at all. He imagines that, since she's the new kid in town, he has a good chance at making an awesome first impression. But this is Charlie Brown we're talking about, and the universe wants him to suffer as much as he can before he can catch a break. He's too scared to talk to her and must come up with increasingly difficult and elaborate ways to impress her.

While the majority of the movie deals with this borderline creepy plot, Snoopy takes up the other half of the movie when he discovers a typewriter and begins to tell the story of his WWI pilot character, Flying Ace, as he fights his nemesis the Red Baron, who kidnapped the love of his life, Fifi. It helps that Snoopy's story happens to have thematic parallels to what Charlie Brown is going through.

Right away, one of the most delightful aspects of the movie is the animation style. It's interesting to see how computer-generated animation has evolved over the years. We've gone from the graphics looking crappy to getting increasingly realistic, and in the last couple of years, there's been a new style of CG-animation that mimics hand-drawn art. We saw it first in the Disney short Paperman, and now we have it again with Peanuts.

The animation is honestly the best aspect of the movie. Between the mashup of CG and hand-drawn styles, it also makes interesting use of texture. For example: Snoopy looks plain white during the wide shots, but when you see him in close ups, you notice that he has fur. Not only that, but the 3-D elements are among some of the best we've seen all year. A majority of the movie takes place in the winter, and the snow falling at different depths makes the movie feel much more immersive.

Unlike Paperman, however, Peanuts seems to be animated in this style for nostalgia's sake. The movie very much looks like the old animation style of the early Peanuts cartoons with some 3-D and computer graphics slapped onto it. In fact, the whole movie just seems to be a pure nostalgia trip. Despite not being a lifelong fan, it was easy to spot the random, and forced, references to It's The Great Pumpkin, Charlie Brown and other movies.

The film also has a weird need to end most every scene with disjointed, but funny, slapstick. But it works, to the point where the audience's laughter even drowns out some dialogue. Snoopy, along with Woodstock, steals the show time and time again, just as you'd expect. And, though it's kiddie humor, this being a Peanuts story means that there's some surprisingly dark, nihilistic tones that adults will surely appreciate, too.

Despite this, the story's moral and themes are mostly sweet and hopeful. There's even a happier ending than a Charlie Brown tale can typically expect.

Doesn't really matter what I have to say, though. This is definitely a “critic-proof” movie. The kids that are going to see it aren't going to care about many of the aforementioned issues. The parents that will take them will probably have nostalgia coming out of their ears, so they won't care either.

That audience in mind, The Peanuts Movie will probably play wonderfully.