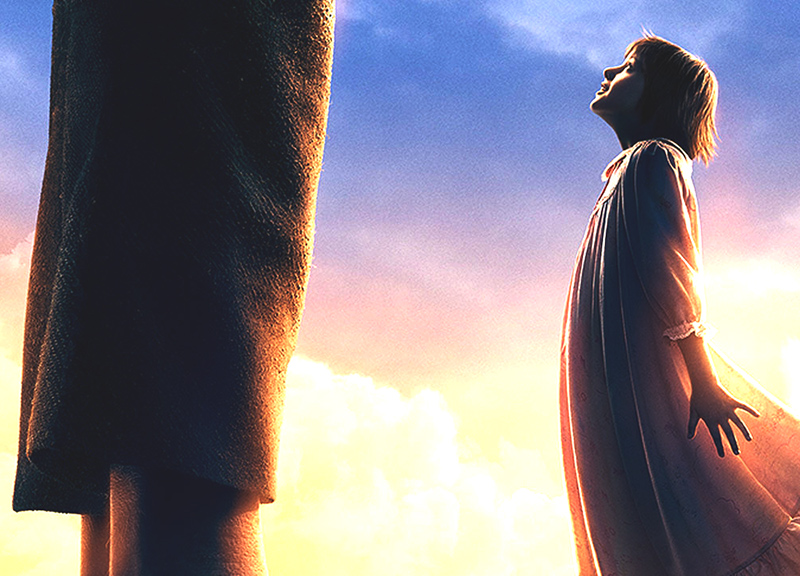 The BFG Is Destined To Go Down As One Of Spielberg’s Biggest Missteps.

Be it with extraterrestrials or dinosaurs, Steven Spielberg has always been able to convey a great sense of awe and wonder with his more fantastical movies. So, sure, it would stand to reason that he’d be the best possible bet to adapt Roald Dahl’s much-adored The BFG children’s book.

Unfortunately, as endearing as this pair might have been, the movie’s plot and visuals are actually a bit of a mess.

The storyline’s a little frightening, actually: In this adaptation, our precocious lead Sophie (Ruby Barnhill) sees the titular Big Friendly Giant (Mark Rylance) outside of the orphanage in which she lives; then she’s abducted by him and kept in his cottage in Giant Country because he’s scared she’ll spill the secret that he exists. Problem is, there are only more giants in Giant Country — bigger, more muscular and malevolent ones — and their existence is also supposed to be a secret. (The BFG’s self-imposed atonement for his kind’s grievances is to catch good dreams and give them to the children of the world.)

The friendship The BFG and Sophie form feels forced, and so too do the scenes that are crammed in as call-backs to the book. Weirdly, the one scene this film really needs — anything that could deepen the connection between these two for the viewers — is missing. Also missing: Any real sense of time period cohesion for the film’s setting; the first half of the movie gives the impression that the story takes places in 19th century England, but later it turns out it’s been the 1980s this whole time.

The visuals don’t really help matters. The CG here lies somewhere between a bad Robert Zemeckis movie and Avatar. Mostly, it appears as if Sophie has stepped inside of some cartoon instead anything resembling reality. As a man known for iconic scenes, you’d think Spielberg would have stepped up the quality in this regard, but any time Sophie is riding on the BFG, something feels off, and that “off” feeling permeates throughout the whole movie.

Credit where it’s due, though: Mark Rylance’s mo-cap performance is wonderful and the details used in his character’s animation is delightful — including everything from the way his ears move to the way he smiles. His character is a complex character filled with remorse and empathy, and, along with the film’s outlandish positivity, it’s almost enough to right the rest of the film’s wrong.

Listen, off-the-page adaptations just rarely work (see: The Watchmen) because they’re not adapted well to the medium. And by sticking almost to the letter of its source material, The BFG just feels like a bunch of scenes strung along by a loosely stitched together narrative. There are some pretty visuals, but not much else.

Some books are best left as books — even ones as great as The BFG is. Such should’ve been the case here.

Spielberg is better than this. But, hey, at least he got a nice paycheck for a smaller passion project, I guess.