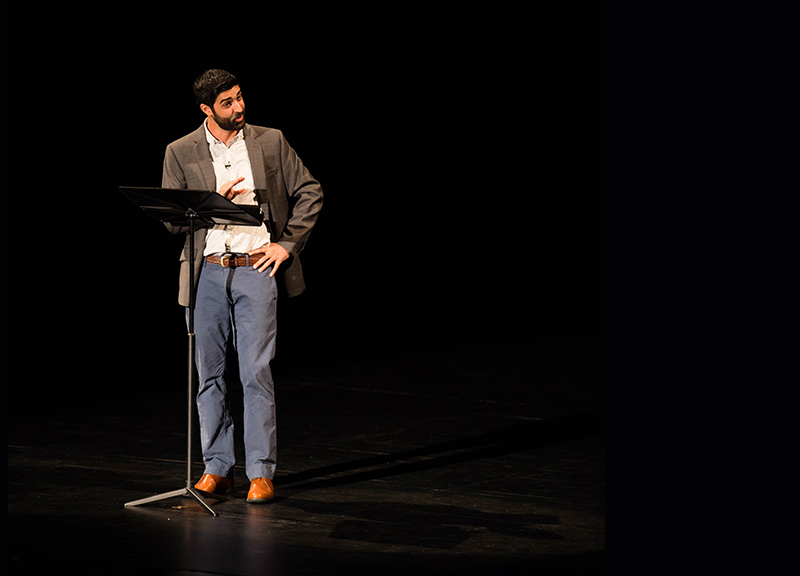 In Its Fifth Season, Oral Fixation Remains A Powerful, Compelling Look At Dallas.

Stories. We all have them.

Typically there are a few we like to retell over and over again, too. Maybe it's that one night in college when you took in too many drinks and regretted everything in the morning. Or that old tale from the family get-togethers during which your grandma embarrasses you in front of your significant other for the countless time.

They're fun to listen to — and even more fun to tell.

Oral Fixation affords Dallasites the chance to do that. Now in its fifth season, the 2011-launched endeavor is the premiere storytelling show in Dallas. Every season there are five or six different shows each with a different theme such as “In The Doghouse,” “Icing On The Cake” or, as was the case with the show's season five opener, “Pushing The Envelope.” For each version, director and creator Nicole Stewart brings people from all over Dallas to share their stories to an audience. It's like a live version of NPR's “This American Life” — or, for the more NPR aware, more likely “The Moth” — except with locals. Stories can be metaphorical or literal, happy, sad or anything in between.

And they're good, too. Each show has a different set of performers who submit stories to Stewart and then go through a rigorous editing and rehearsal process to get them ready for performance. Not all the performers are the best writers or actors, Stewart conceded to me before her this season's opener. But that doesn't matter. As she puts it, everyone has a story to tell and everyone should get a chance to tell it.

That certainly rang true at last week's showing. Once the lights went down, it was easy to see why these seven people were picked for this show. Each story felt unique and was captivating. When each performer walked on, a song of their choosing would play, setting the tone for their whole piece.

Of the seven performers, there were two absolute standouts: Christian Yazpandanah and Will Richey.

Yazpandanah spoke of a two young men he saw fighting and how he decided to take the instigator out for dinner and to talk about his actions. Yazpandanah was that guy growing up. Angry, impulsive, and always one step away from expulsion, he came from an abusive, broken home, and didn't know how to channel that anger. His story hit close to my heart as a teacher. All it sometimes takes is someone reaching out and give a troubled youth a chance or an ear to listen to. It might change their outlook and future. It did for Yazpandanah, and it did for his new friend.

Richey's performance was something else entirely. Unlike all the others before him, Richey's piece was in a rhythmic and almost slam poetry in form. He was bombastic — so much so that it felt like he was grabbing us by our collars and forcing the audience to listen to him. And boy did they: While most of the other performers built to the climax of their story, Richey started at an 11 and kept climbing. Seriously, you could hear a pin drop. I'm pretty sure everyone was holding their breath during his piece as he wove a tale of a religious upbringing, becoming an athlete and even the hint of abuse that his young siblings endured at the hands of religious leaders. His performance was powerful, intense and inspiring — the kind of performance that makes going to the theater so special.

And that's what Oral Fixation ultimately is. It's compelling theater. But it's also more than that, as it features a different batch of stories each time. You never have the same show twice. Each new show and theme might inspire someone from another untouched part of Dallas to share their tale.

One thing's for sure: We're going to keep listening. 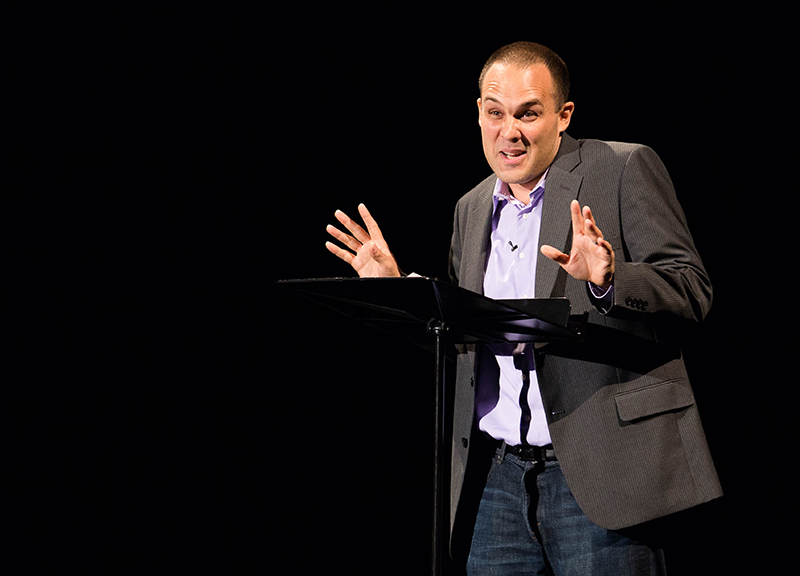 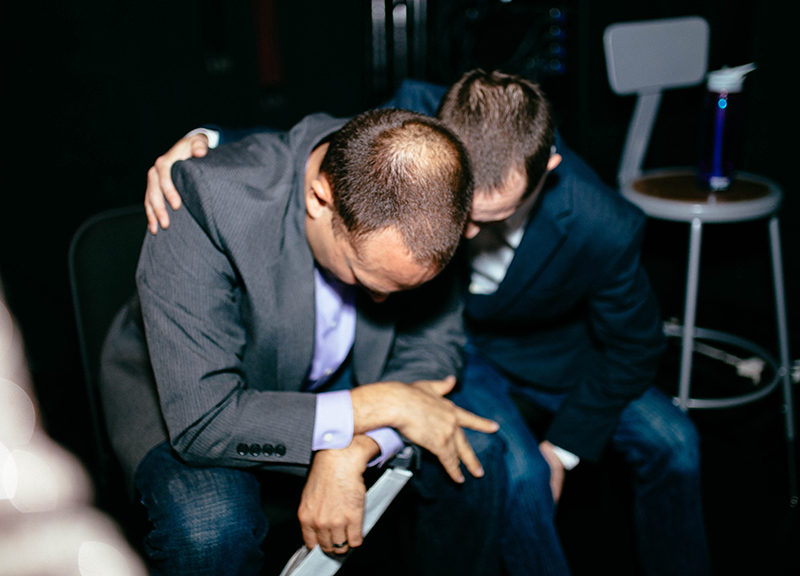 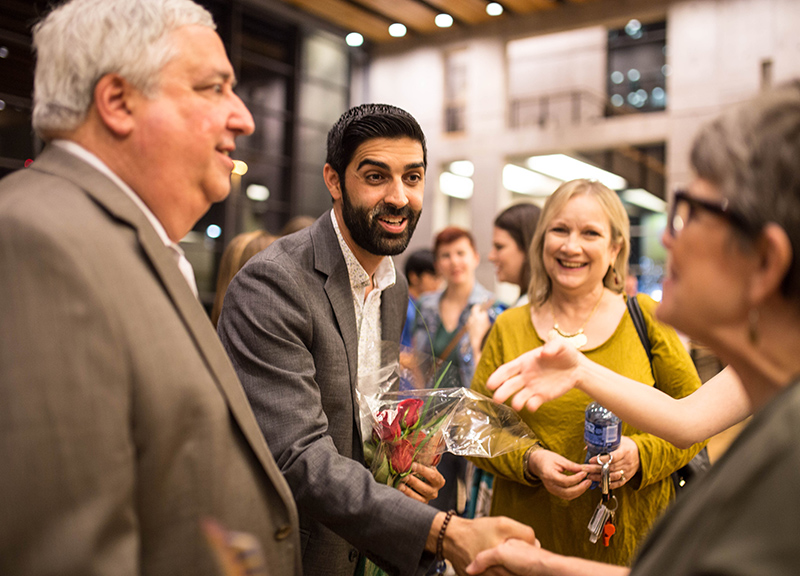 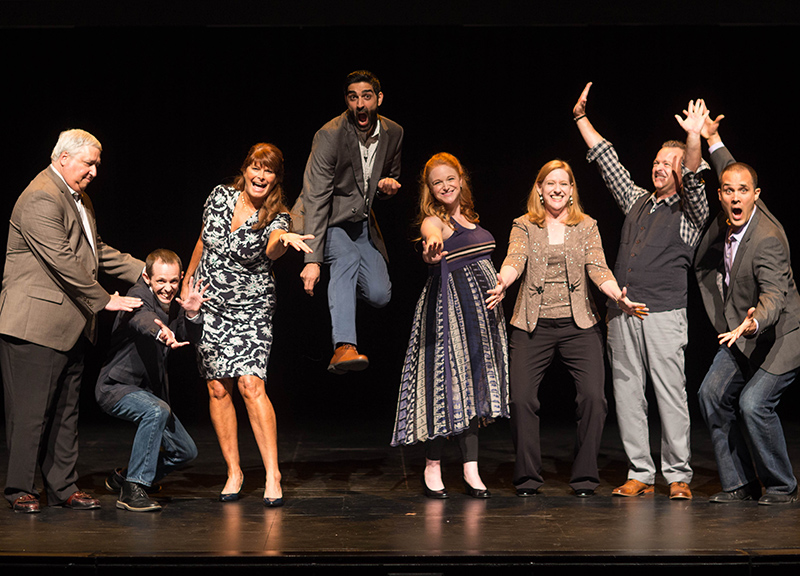