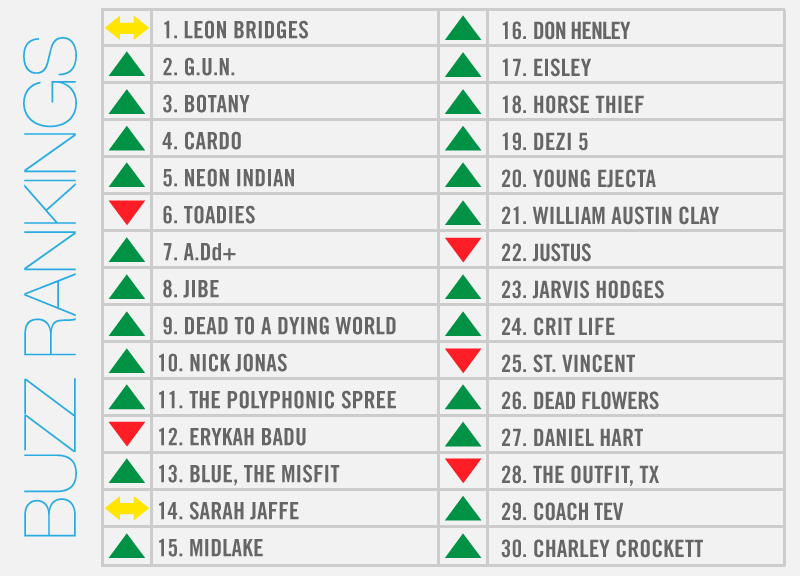 This Week, Leon Bridges Was In Good Public Favor.

Welp, it looks like that nasty NPR article didn't hurt Leon Bridges after all. Quite the contrary, actually. Thanks to so many people — D Magazine's Zac Crain most hilariously — coming to his defense, Bridges once again finds himself atop our weekly, local music Power Rankings for the fourth straight week.

The best way to make things go away, of course, is to stop talking about them. And when it comes to Leon Bridges, that's something NPR and the music-loving masses alike just can't seem to commit to. Because of this and, well, just his overall greatness, Bridges extends his all-time Buzz lead to 14 No. 1s. For those playing at home, that's two more than the next closest buzzmeister, Sarah Jaffe and her even dozen first-place finishes.

Speaking of Ms. Jaffe, she's one of the headlining acts at this weekend's much-anticipated third showing for Denton's Oaktopia Fest. Others in that same boat include Horse Thief, The Polyphonic Spree and Eisley. The Midlakes will be there, too, kicking the fest off with a screening of Midlake: Live in Denton documentary and otherwise palling around with the guy that played Kevin Bacon in Yacht Rock.

Batting second this week was G.U.N., who started and quickly quashed a pseudo-beef with Crit Life. We also took it upon ourselves to see what Dallasites really think of his music and, for the most part, it turns out, they dug it. Guess that makes him the People's Champ.

Other newsmakers this week include Cardo, as the mega-hit-making producer will be celebrating his birthday tonight at the Rio Room. Then there's Erykah Badu, who who helped throw the coolest art show in Dallas this year, and future Red Bull Sound Select headliner Neon Indian, who spent some time telling us about his new album.

Elsewhere: Toadies got the mini-doc treatment; A.Dd+ released some new tunes; the Dallas-born Nick Jonas headlined the House of Blues; Don Henley played The Late Show; Dead to a Dying World earned some NPR love; and Botany got some Pitchfork love 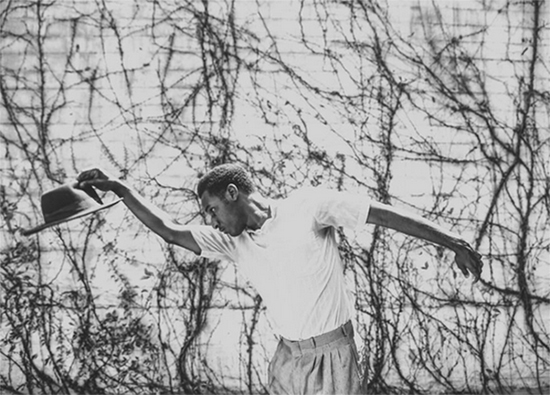