Get In The Hole. 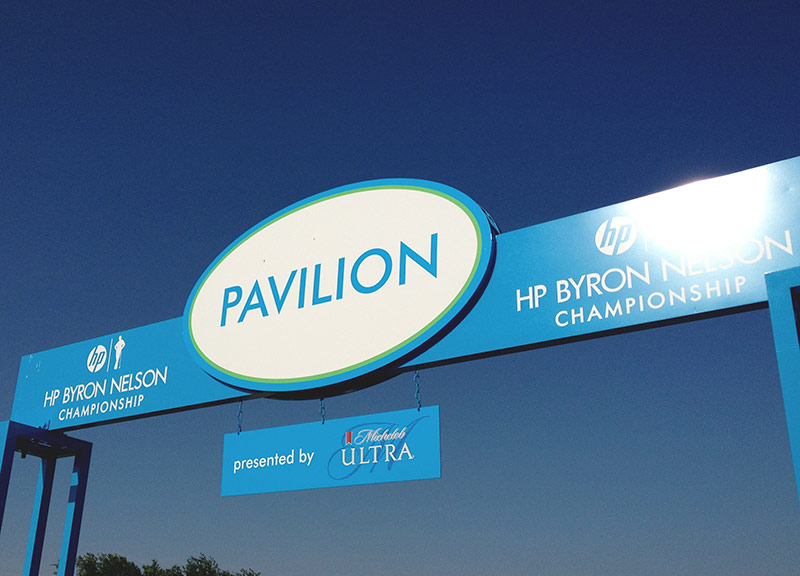 Golf Is The Second Four-Letter Word On People's Minds At The Byron Nelson Pavilion.

There are two kinds of people who attend the HP Byron Nelson Classic each year at the TPC Four Seasons Las Colinas.

The first group are the true golfing fanatics that get a woody when they see Phil Mickelson and have the opportunity to yell “Lefty!” at their favorite golfer. They love the fact they can tell their buddies, “I saw Lefty hit that birdie putt on the 16th green, and then we got to follow him for his drive on the 17th tee box. Man, that was so awesome!” These people dress like they are in the tournament themselves — and they're disgusted by the other attendees of the event, many of whom appear more interested in people-watching than the sport.

They avoid the event's famed pavilion like the plague.

On the one hand, it's tough to blame them for their disgust. Standing in the pavilion at the Byron Nelson Championship on Saturday, it was easy to forget that there was a golf tournament going on at all.

Instead, amid this entirely different-feeling crowd, the tournament feels more like a St. Patty's Day affair. Tipsy, flesh-baring females trounce around, searching for the perfect man. Preppy suburban douchebags walk around trying to find the right fit in a cougar or a desperate 30-something looking for a husband. Drunks make fools of themselves and end up passing out before the end of their outing.

It's an action-packed scene on the pavilion — albeit of a different sort.

But as the day goes on and the drinks keep flowing, the lines can start to blur.

An example: Not too late into the afternoon and Over the 17th tee box, a guy was directing traffic on the side walk. He was clearly wasted, but he acted like he worked for the tournament. Some people laughed. Others — not the brightest of people, granted — were confused.

I watched him direct traffic for over 15 minutes. He wasn't wearing the tournament-issued red pants for employees and yet I'm convinced that he eventually started to believe he was, in fact, working the event.

Eventually, though, he directed the wrong person — and proceeded to almost get into a fist-fight. Fortunately, no punches were thrown. Unfortunately, a couple of gay slurs were.

Then both guys got arrested.

Later, things only got worse.

Back under the safety of the tent, two very scantily and expensively dressed girls were dancing and dry-humping every guy around them. They were dancing on multiple guys at once. It was intense.

The 'roided-up or plastic-injected types didn't seem to mind. Neither did the folks walking around with their jaws dropped.

To be fair, that last group made up the majority of the people in attendance. Turns out, most of the people who attend the Byron Nelson aren't complete toolbags.

But those people don't make for very good stories. 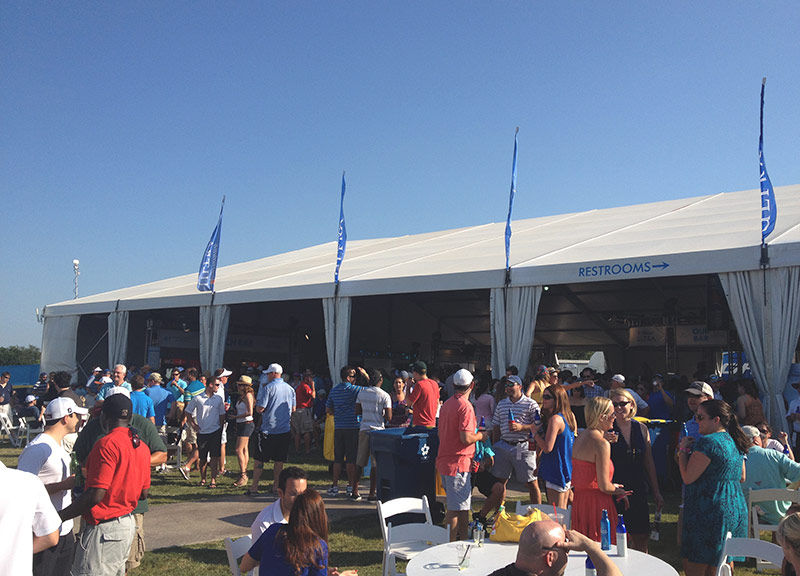 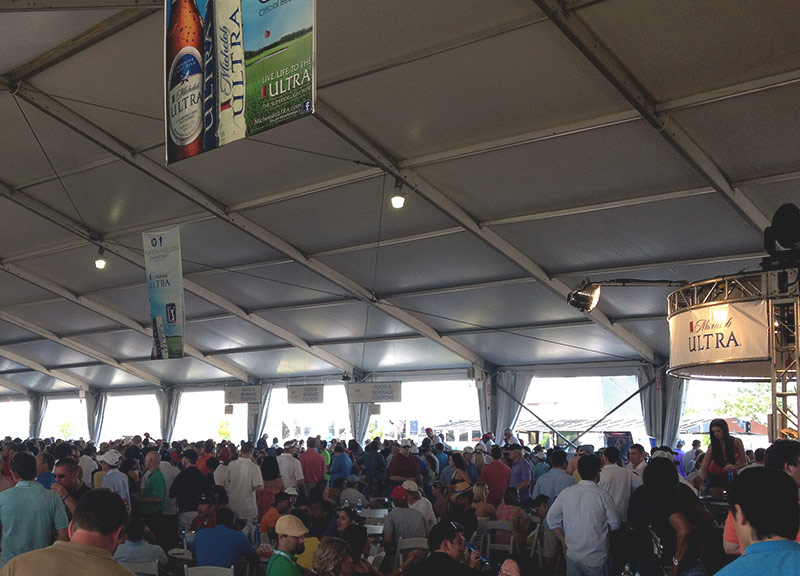