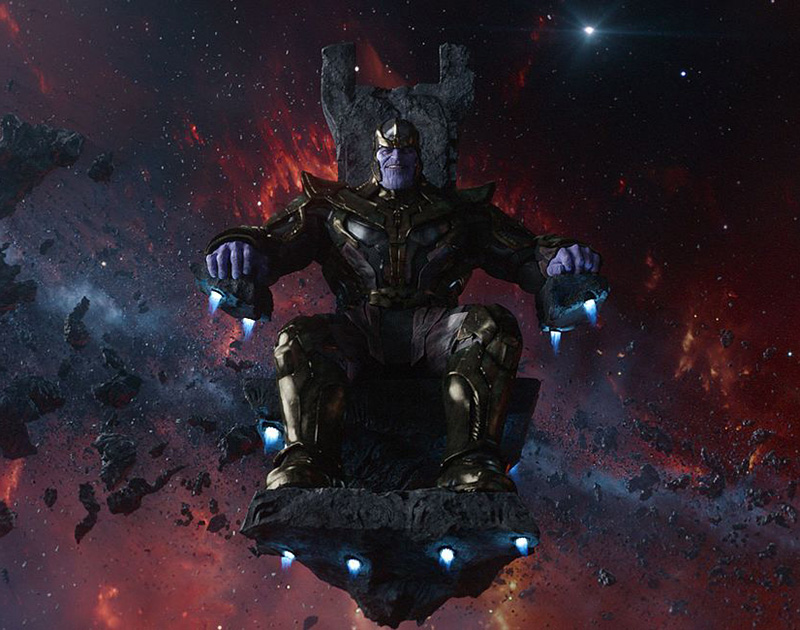 Garland-Born Comic Book Writer Donny Cates Is Taking Over The Reins For Doctor Strange And A Thanos Series That Will Release Before Infinity War.

Infinity War is set to hit the silver screens next May, and while the rest of us will be stuck wondering just how evil bad guy Thanos is really going to be in that film, one North Texas-sprung comic book writer will be charged with crafting the supervillain’s  story.

At last week’s ComicCon in San Diego, Marvel announced that it had signed an exclusive deal with Garland native Donny Cates to to take over the reins on the comic book house’s Doctor Strange and Thanos series.

The Thanos announcement is especially exciting, as the now-Austin-based Cates will be tasked with adding shape to the intergalactic supervillain’s story in advance of the Marvel Cinematic Universe’s release of Infinity War next May — just when the Thanos hype will be about as high as can possibly be, given his likely role as that film’s chief antagonist. (You probably remember Thanos as the big purple guy in Guardians of The Galaxy and from multiple other post-credit MCU scenes.)

In a Dallas Morning News profile last week, the former Dark Horse Comics writer shared how an internship he completed with Marvel in 2010 shaped his storytelling sensibilities. In an interview with ComicCon’s blog that went up over the weekend, Cates shared that it has been a lifelong dream of his to write Marvel comics, and that he’s ready to put together stories fans will enjoy.

“I’ve never been more excited to tell the stories that I’m telling today,” Cates said in his interview with the ComicCon blog. “I feel like a kid again. Albeit a kid who is inflicting… just terrible things upon all your favorite characters.”

In that same interview, Cates also teased, under his watch, Doctor Strange’s new foe will be one that was popularized by Tom Hiddleston in the Marvel Cinematic Universe — Loki, the god of mischief.

Meanwhile, he shares that Thanos’ storyline will be very simple: “Thanos wins.”

Being handed the reins on these series is a major accomplishment for Cates, but the writer also has plenty of experience with Marvel, having already co-written Steve Rogers: Captain America and Sam Wilson: Captain America for the publisher. Still, Cates’ current rise to comic book renown is mostly attributed to his critically acclaimed original creations God Country (Image Comics), Babyteeth (AfterShock Comics) and Redneck (Image Comics). Perhaps it’s no surprise, then, that Cates will be a joined by his God Country writing team for the Thanos series — a fact that Cates is clearly very happy about:

Yes! Team God Country will bring the ruckus in THANOS!!! So excited about this. You are not prepared… https://t.co/zzT84p8xT1

So keep an eye out for Cates’ creations when they’re released next year. Beyond supporting a local kid done good, you might also pick up a hint or two on what to expect when The Avengers — and the rest of the MCU, really –finally takes on The Mad Titan.