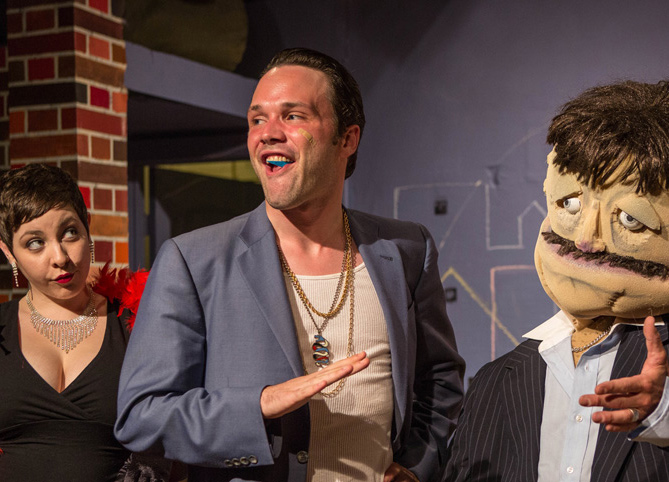 There are not enough sentient puppets in real life. There just aren't. Turn on Sesame Street and watch Christina Applegate teach a puppet tiger the difference between “gobbling” a slice of pizza and “nibbling” said slice of pizza and you'll see what I mean. They're a glorious thing, puppets.

They're also a lie. As children, we watch in awe as our fellow humans take their encounters with fuzzy and endearing anthropomorphic characters in total stride. And we yearn to one day experience the same. Instead, most of us end up feeling cheated.

But, let's say we could suspend reality for a moment and toy with idea that someone let the secret slip and told us how to get to Sesame Street and puppets, suddenly, became real. This, folks, would be serious business.

And, really, that's the genesis behind Best Seat in Town, the latest play at The Ochre House, which concludes its three-week run in the tiny Exposition Park theater on this Saturday night.

To call the play raunchy might be an understatement. The brainchild of Ochre House artistic director Matthew Posey — his whopping 26th play — features puppets that blow bubble gum bubbles out their lady bits, flowers that feel violent raped by the bees they encounter, and characters that have rewritten the book when it comes to dick-sucking and first cousins.

Nothing is particularly new here when it comes to Posey's ability to shock and offend an audience, no. He's long proven himself a talent on that front. Still, there is something unique about Best Seat in Town: It's probably the most epic undertaking ever seen at The Ochre House.

“I don't think I'll ever try and use this many people again,” Posey told us of his play's sizable cast and crew after a recent two-and-a-half hour offering of the play, in which he plays Coppertone, a character he says he's developing more shows around.

Good thing, too: Best Seat in Town isn't just vulgar and only available to viewers over the age of 18; it also happens to be uproarious and, well, pretty darn great.

“It's like Avenue Q, but the envelope is pushed even more,” says actress Marti Etheridge who first joined the company to play a mentally handicapped hooker in last season's Old. “There's not a moral, but there is constant social commentary that you can kind of get away with using puppets that you can't any other way.”

Indeed, the social commentary is on point, touching on things like obsessive gadget culture, racial stereotypes and discrimination, and even a song about the Lew Sterrett Justice Center in Dallas. All of this could be talked about all day long but add in Justin Locklear and Trent Stephenson's insanely inventive puppets (using any and all combinations of curse words), some live musicians and comedy that ranges from sophisticated to easy puns, and you've got a formula unlike anything else you'll ever see.

Forget trying to get to Sesame Street. Spending some time in the Best Seat in Town is far more rewarding and enjoyable.

Photos courtesy of The Ochre House. Best Seat in Town runs through Saturday, September 14. Tickets are $15 and include two complimentary beverages. Reserve your seat here. 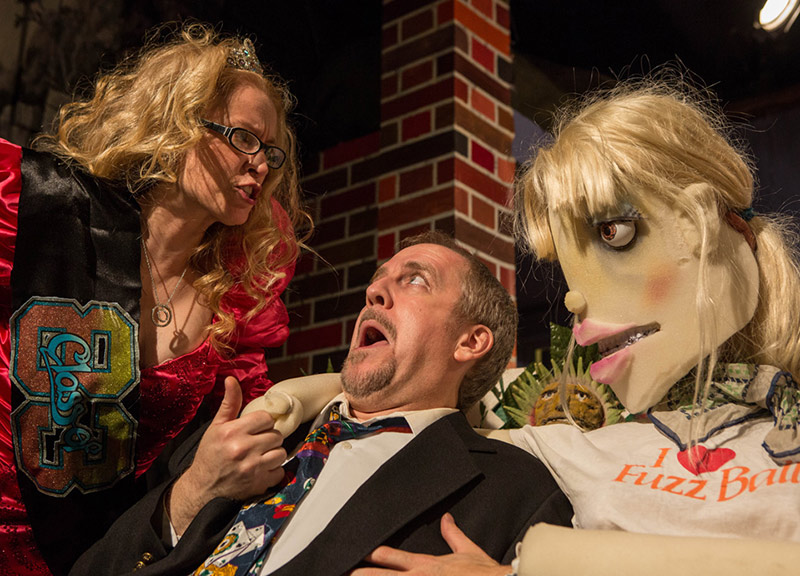 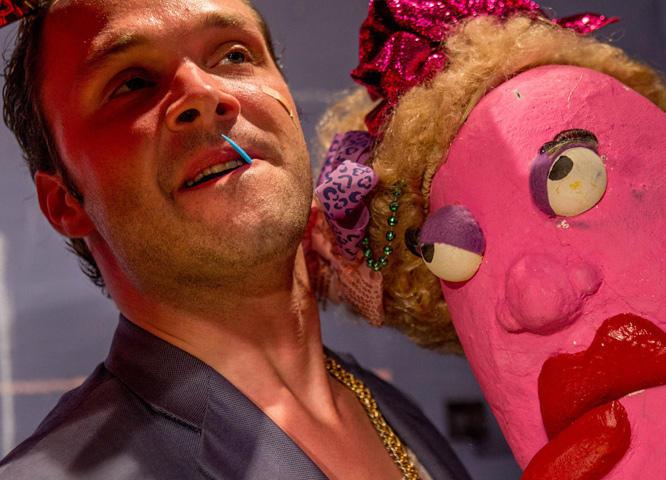