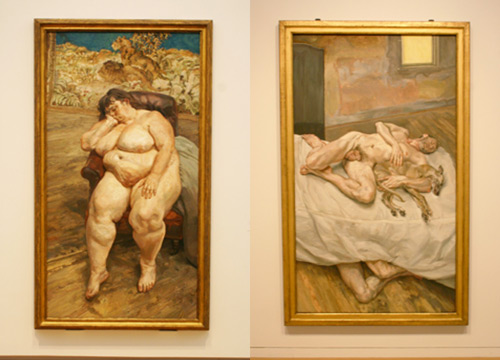 That mostly because of Sigmund Freud, the man regarded as the prime mover of modern psychoanalysis. He was an explorer of the unconscious frontier, an interpreter of dreams and, at one time, an advocate of medicinal cocaine.

He was bold enough to claim that mental and verbal slips are anything but accidental — that they were instead cues into the nature of the unconscious and insights that reveal our fears, desires and even sexual appetites.

When he died, he left us with a better understanding who we really are.

But the legacy of Freud's name continued in other ways — notably through his grandson, Lucian Freud, one of the foremost artists of the London art scene.

Lucian died almost exactly a year ago, so it's no coincidence that the latest exhibition at The Modern Art Museum of Fort Worth, Lucian Freud: Portraits, is an extensive display of his work. The collection boasts 90 pieces — efforts that span 70 years of creativity.

But perhaps most unbelievable about this exhibit, which features works on loan from both museums and private collections alike, is that it's only being shown in one U.S. venue.

It're more than a rare offering, though.

Freud usually only painted those closest to him. He admitted selfishly confining sitters to lengthy sessions in his home on the frayed furniture, draping beds and bare floors of the rooms in which he lived. His models ranged from the beautiful to the grotesque, from the infantile to the aged.

Though interesting relationships are surely the foundation of his portraiture, Freud's craftsmanship offers no compromise in conveying mood. His proficiency for painting flesh borders on the extreme. In this collection, bodies that stretch, fold, bend and bulge are reproduced with authoritative accuracy across a lifetime of continued development.

And, throughout the exhibit, the mystery of Freud's process is explained: The countless hours of awkward posing are paired with a critical analysis of the raw moment in which the sitter's reservation collapses, allowing their physique and psyche to manifest on Freud's canvas.

The magnetism that draws us to Freud's work is hard to explain. So too is our interest in the way that he saw people. Like his grandfather, Lucian brought concepts to surface from deep within our consciousness. Our fascination with both generations' works is rivaled only by our longing to witness the next great Freud appear — someone that will surely give shape to our nature, fears, slips and desires.

Lucian Freud: Portraits will be on display at The Modern Art Museum of Fort Worth through October 28. 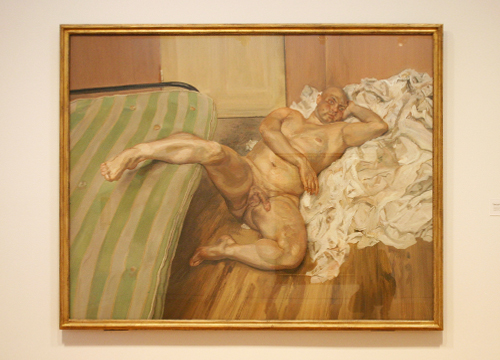 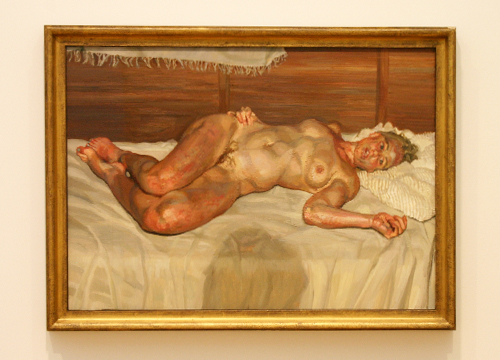 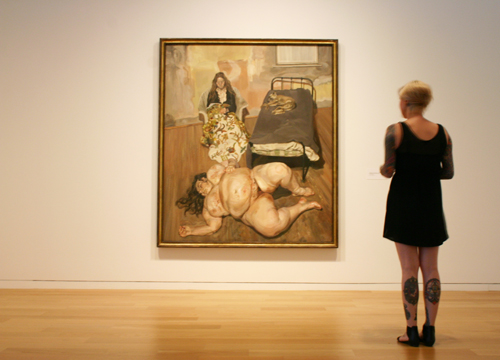