Fort Worth Televangelist Blows ‘Wind Of God’ On COVID-19. 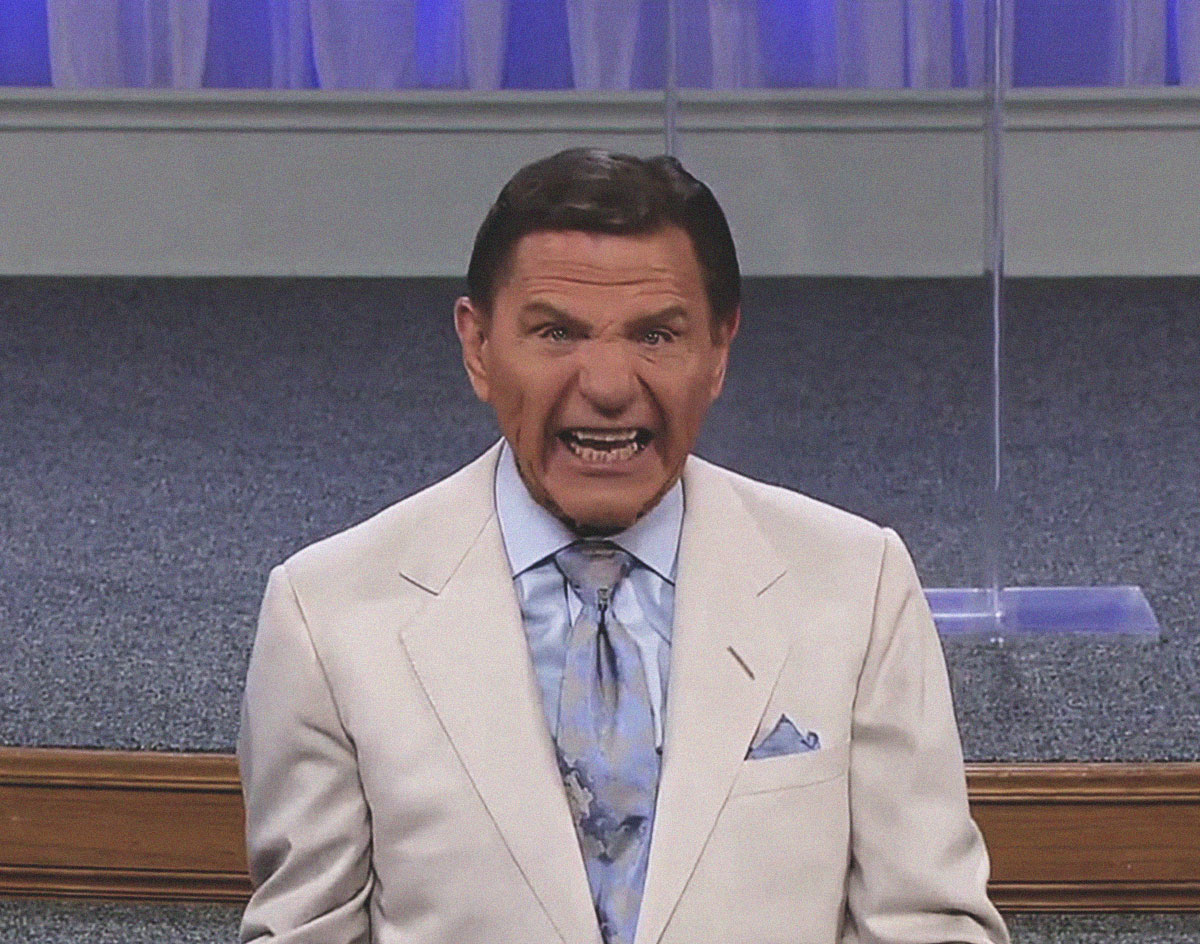 ‘You Are Destroyed Forever!’ Prosperity Televangelist Kenneth Copeland Proclaims After Spitting At The Coronavirus During A Broadcast From An Empty Church.

Tarrant County’s very own real-life Righteous Gemstones character is up to some wild shit again.

After previously claiming that his followers could be cured of the coronavirus simply by touching the screens of their television during his sermons, the televangelist Kenneth Copeland used a sermon taped alongside fellow preachers in his otherwise empty church to “blow the wind of God on” COVID-19.

After spitting in what is presumed to be the virus’ direction, the pastor then proclaims that it is “destroyed forever.”

Just insane, right? Like, the guy can’t even believe his own audacity, either: Catch the laugh he lets loose at himself right at the 1:32 mark in the above video.

(In case you’re wondering: Yes, this sermon has already been memed into a trap song.)

Copeland, who is notably the richest pastor in the world and worth a reported $300 million, is no stranger to controversy.

The 83-year-old namesake of Kenneth Copeland Ministries — its 1,500-acre campus is found a half-hour’s drive northwest of Fort Worth in Newark, Texas — may have literally written the book on prosperity, but he’s gotten into hot water in recent years for his lavish lifestyle. In addition to John Oliver blasting him in an episode of HBO’s Last Week Tonight, Copeland also got into it with an Inside Edition reporter after she asked him pointed questions about his church’s expensive private jet.

Presumably, Copeland’s salary would be among those covered by the surprising addition of faith-based leaders’ income within the $2 trillion economic relief legislation Congress is still rolling out.

Oh, like you don’t think he’ll take the money?