Forechecking: The Stars Are Shooting Up The Standings! 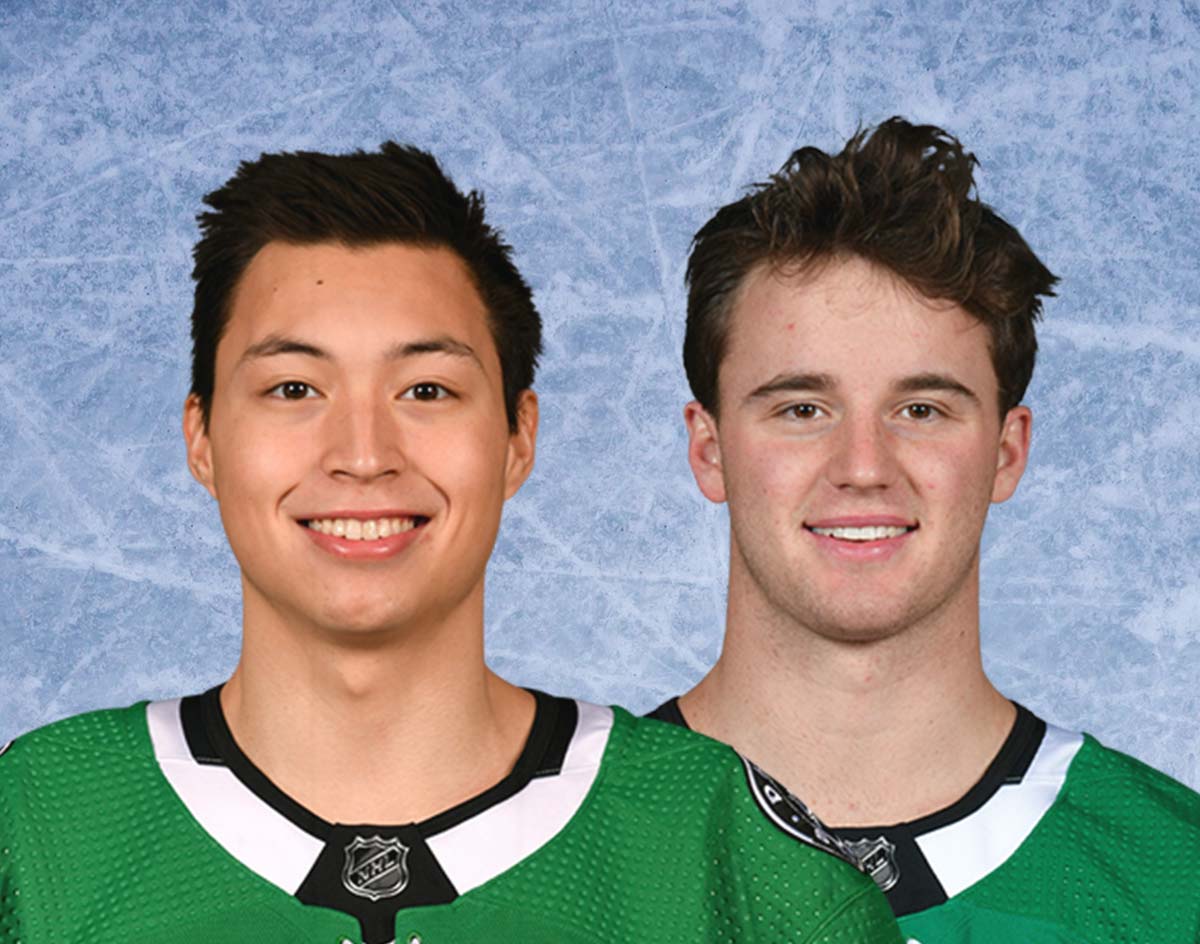 Riding A Hot Streak Spurred On By Their Young Guns’ Stellar Play, Your Dallas Stars Have Done The Dirty Work And Now Control Their Own Playoff Destiny.

Your Dallas Stars might fuck around and make the playoffs!

Jamie Benn and the bois’ have pulled off a 6-2 stretch has quickly — if also somewhat quietly — propelled the Stars to within one point of the Nasvhille Predators for the final postseason spot in the Central Division.

What seemed like a pipe dream to many mere weeks ago is now on the brink of becoming a reality — and it’s all thanks, in large part, to the team’s 2017 draft class.

Rookies’ Jason Robertson and Jake Oettinger are among the respective lead leaders in the points and goals-against average since March, and their play has sparked the team’s recent surge right alongside that of draft classmate Miro Heiskanen.

While last week’s disheartening news of Ben Bishop and Alexander Radulov getting shut down for the rest of the season put a damper on things, their absence has allowed the team’s aforementioned youngsters the opportunity to become serious contributors — and while putting an end to the “Jim Nill doesn’t know how to draft” refrain! (He does.)

At this point, the roster is largely composed of homegrown talent that hasn’t let an incredulous schedule and all sorts of adversity buckle the season. Now, the Stars control their own playoff destiny — and with two games in hand to catch the Predators, the playoff odds have shifted in Dallas’ favor. The good guys currently boast a 59.3 percent chance at making the second season, whereas Nashville’s odds sit at 36.6 percent.

So how are they doing this? Through re-centering and reinforcements.

Re-centering. With the Stars’ center position decimated by injury, Stars head coach Rick Bowness has done what former coach Ken Hitchcock was unable to do: Get Jamie Benn to center a line. Not since the GM Joe Nieuwendyk era has the captain willfully played the position, and seeing him there again reminds us of how good he actually is with more responsibilities on the ice. Currently the team’s best faceoff man, Benn has been instrumental in gaining puck possession off the dots and, in general, pressuring the opposition when they run a rotation deep in the zone. He’s been so good, and the team so meh, off the faceoff that Rick Bowness now has the captain taking said duties on the penalty kill too, then quickly exiting the ice after a successful zone clear. A more-engaged Jamie Benn is a better Jamie Benn, and a better Jamie Benn elevates the entire team.

Reinforcements. The Stars expectedly stood pat at the trade deadline, but were able to snag defenseman Sami Vatanen off the waiver wire. Should Stars fans be excited over a waived player addition? Yeah, we think so! Vatanen is no longer the minute-chewing speedster he was in his Anaheim days through 2018, but he has much more left in the tank than his recent stint with the dreadful New Jersey Devils would lead some to believe. The Devils’ underutilization of Vatanen is the Stars’ gain, though, as 29-year-old still possess above-average mobility and puck-moving skills to complement Rick Bowness’ attack-oriented defense. Plus, in a pinch, he can upscale into a John Klingberg/Heiskanen role when either are unable to play — as was the case in Tuesday’s victory over the Red Wings. No, you don’t want Jyvaskyla native regularly topping 17 minutes on most nights, but Vatanen is much more versatile in the Stars’ system than the team’s other existing options are, so we think this was a good snag by Nill.

NHL Hitz Player of the Week

I mean, it’s gotta be Robo again, right? Somebody didn’t tell Jason Robertson that scoring in the NHL is hard, so he’s just out here fucking around on a five-game point streak and rocketing up the rookie scoring race. At the time of this writing, his 35 points through 40 games has the winger breathing down the neck of Kirill “The Thrill” Kaprizov’s 37 through 44, placing him in true consideration for the Calder Trophy! Also working in Robo’s favor is his eye-popping +17, which eclipses Kirill’s +5 and other Calder candidate Josh Norris’ -12. Even if Robertson gets robbed of Rookie of the Year honors like Mike Modano was in his rookie campaign season, Stars fans should be thanking their lucky stars — and Jim Nill — for the highlight reels to come for many seasons. As Jason Dickinson put it so eloquently when asked how his line was performing so well recently: “The trick is to give the puck to Robo.”

As noted earlier, the Stars may indeed control their playoff destiny, but only two of their final 11 games on the season are coming on home ice — and both will arrive in the next few days.

The big mystery at play here is whether teams with a guaranteed playoff positions will rest their players and coast their way through the final weeks of the season.

Also something to keep an eye on: Word on the street is Tyler Seguin is just days away from his return to the lineup!