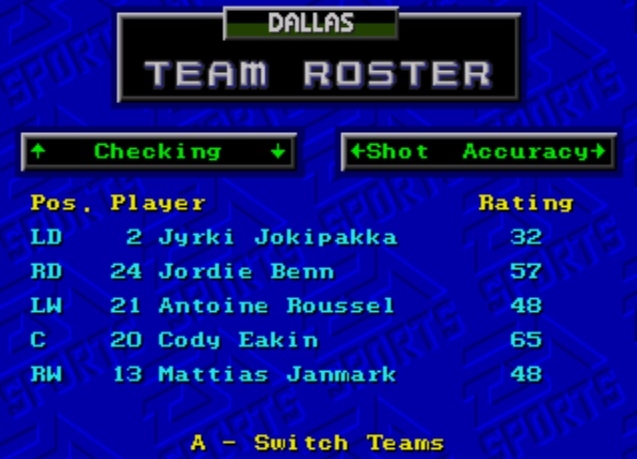 Don't Look Now, But Your Dallas Stars Are Struggling.

You Dallas Stars are strugg-a-ling.

With just two wins in their last 10 games, the Stars are finding new and creative ways to lose. Coach Lindy Ruff continues to juggle his forward lines in hopes of sparking the team's once fabulous offense. But the results ain't great. This team has gone from classy to trashy in the month of January, and it's a bummer to watch.

• Darkness Music at Los Angeles Kings, 2-3. Well, we already knew the Stars would lose this game. The only question was how badly. And honestly, truthfully, not terribly badly, actually! The Stars were able to match the intensity of the dangerous Kings throughout the game and, at even strength, one could argue the Stars even outplayed their opponent. Brilliant work by Kings goaltender Jonathan Quick is the real story from this tilt, as he thwarted many high-quality scoring chances. Top Dallas prospect Esa Lindell made his NHL debut here, and much like this game summary, it was something of an unremarkable performance.

• Darkness Music vs Colorado Avalanche, 1-3. Hey, how exactly is a rainbow made? How exactly does the sun set? How exactly does the Posi-trac rear end on a Plymouth work? How exactly does Semyon Varlamov singlehandedly beat the Stars every time they meet? He just does. Dallas outshoots Colorado a staggering 43 to 15 here, but was able to score just once. In what has become a constant refrain this season, the opposing netminder steals the show. As was the case all week, the unusual line of Hemsky, Janmark and Roussel was the Stars' best. I am dubbing this line The Euro Line on account of them all being Europeans, and you can feel free to do the same. The power play here was especially atrocious. When you get two shorthanded goals score against you, you really do deserve to lose.

IT'S JOKIPAKKA TIME! The quiet Fin scored his first goal of the season against Edmonton this week, in perhaps his best game as a Star. Jyrki — who goes by Kevin when ordering Starbucks — is part of the underwhelming and redundant crew of Dallas defenders not named John Klingberg. Was this week a turning point for Kevin, and are the days of healthy scratches over? It's unlikely, but this SNL sketch from 1992 of Joe Pesci trying on pinky rings is funny.

We got the Flames tonight in Dallas. They ain't good, which makes them the perfect opponent to get the PP up and running with some confidence. On Tuesday night, the Stars travel to Winnipeg to face the Jets, a resilient team that plays very well together. Then, it's off to Denver on Thursday where, hopefully, Varlamov won't be in net. Finally, the first-place Chicago Blackhawks take to the ice at AAC on Saturday. Make sure you wear your Chris Chelios jersey to the game. Call 1-800-GO-STARS for tickets. 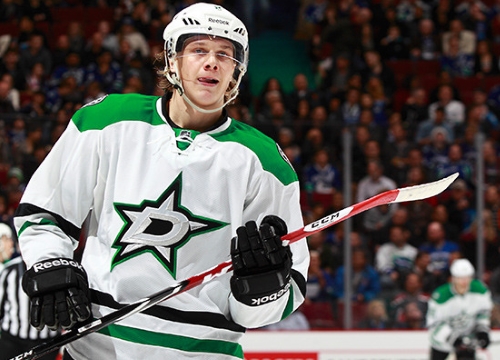