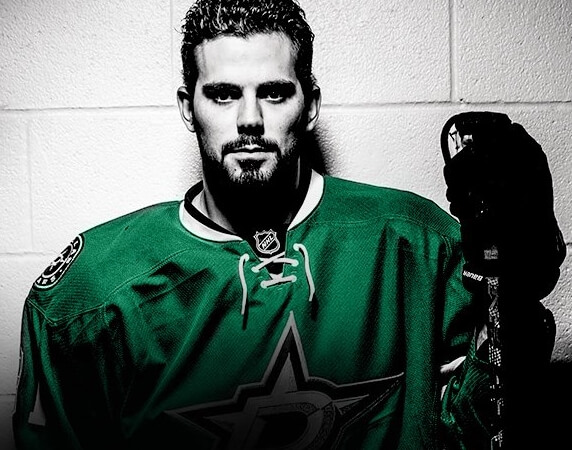 Hey Now, Tyler Seguin’s An All-Star On A Middling Team.

Your Dallas Stars continue to alternate wins with losses, and are stuck in the quagmire known as being a “bubble team.” They have playoff potential, but currently sit on the outside of the picture, unable to string together a sequence of victories in a tight Western Conference to differentiate Victory Green™  from Average Mud™.

Let’s take a look at wild and crazy week that somehow left Dallas exactly as it was last week.

• Victory Green™ at Los Angeles Kings, 6-4.
This game had everything — goofy goals, egregious defensive turnovers, simultaneous goalie swaps and Radek Faksa celebrating his 23rd birthday with a hat trick of assists. What more could you want in a road victory? The Stars came up with a big win against a Los Angeles Kings team fighting to maintain the second wild card spot. Cody Eakin and Antoine Roussel led forwards with 19 minutes of ice time, while Jason Spezza and Tyler Seguin only saw 13 minutes each. How Sway?!?  Kari Lehtonen once again collapsed under pressure, allowing soft perimeter goals to zip past his glove in frustrating fashion as Antti Niemi was called to close out the final 15 minutes of the game, stopping exactly one out of one shots on net, hell yeah! Suspect goaltending aside, things are going your way when you are scoring goals like this one.

Of Note: Jiri Hudler scored his first goal of the season. It will be oh-so-wonderful if Jiri can save his illness-filled season by going from being sick to playing sick — sick like in the sense of “Oh damn, that was sick!” kind of sick.

• Darkness Music at Anaheim Ducks 0-2.
Sometimes, following up an entertaining and kinetic outing can be difficult — so difficult, in fact, that you do the exact opposite and present absolute poo poo to the leering public.

The Good: Antti Niemi. It’s unusual for “Nemo” to play so well on the road this season, but he put in a strong to quite strong performance here. He looks so uncomfortable in net — so unnatural and unwieldy, it’s like watching a cardboard box full of hammers slide around in net.

The Bad: The Stars’ offense. Yeah I know missing Jamie Benn hampers the sqaud, but c’mon. Sittin’ in 20th for goals per game with 2.6 — and a goose egg  on night — is real wompy.

• Victory Green™ vs Detroit Redwings, 5-2.
A battle of futility as the most injured team in the NHL comes to town with a power play that hasn’t scored since Oktoberfest against a penalty kill ranked dead last. Something has to give! It’s the Stars that would give — and give and give and give via the most anemic power play of all time. Time and time again. And guess what? The Red Wings done scored on a 5-3 man advantage! Bless their hearts. Regardless, Dallas won the contest on the heavily padded shoulders of Antti Niemi, who was downright lit. A dominant second period by the Dallas forwards was matched by a dominant third period by the goaltender and that was that.

Of note: Jamie Benn was back in the lineup, looking spry and engaged. I loved the in-game battles against former Star agitator Steve Ott. At one point the “Pepper Pot” was shoving his padded fingers in the face of our captain, who turned his head and calmly waited for Ott to be dispatched of by the linesmen.

• Darkness Music vs Minnesota Wild, 4-5.
Do you have what it takes to be an NHL goaltender? Can you wear 15 pounds of protective gear, stand for 10 minutes on ice, and stop a shot? Because I hear the Stars are looking for someone who can, as Antti Niemi faced three shots and gave up 3 goals to really put Dallas in a tough spot right out the gate. The scoreboard actually showed two shots on goal for three goals if you can imagine that. Impossible, right? Well, the Stars are known to do the impossible like Broadway Joe, and often play the sport like the guy not named Vince Vaughn in Swingers. Kudos to Dallas for battling back and making the game competitive and fun for the home crowd, erasing a four-goal deficit with real yeoman’s work. But in true 2016-2017 Dallas Stars fashion, the opposition scored the game winner late in the third and and sent everyone home with the taste of potpourri in their mouth. With the win, the Wild are inexplicably in sole possession of the No. 1 spot in the Central Division. Who woulda thought that for Minnesota this year?

Of note: We’ve talked about how much we’ve enjoyed Craig Ludwig’s work as color analyst this season, and tonight he sounded drunk. Some slurred words and ideas in this broadcast. Not an indictment by any means. We like it. Its hockey. It’s fun. Don’t like it? Go watch Gilmore Girls or something. Whatever. 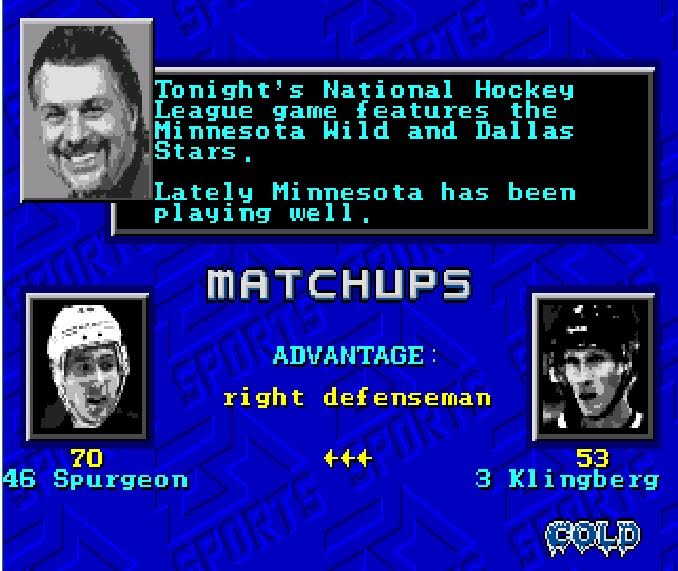 Hell, we was ready to crown Antti Niemi with player of the week honors, but that performance against the Wild was so bad, we just can’t. Sooooooo (looks around at some stats, trying to recall specific plays, takes a sip of coffee, browses Amazon for a bit) we are going with John Klingberg for your Unofficial NHL 94 Player of the week — and for the second straight week no less!

Sexy Tyler Seguin will represent your Dallas Stars at the NHL All-Star game this year in Las Vegas, and deservedly so! Homeboy has put in an appreciable performance thusfar as one of the few consistent scorers on a wobbly roster. We gotta level with ya, though: After last season’s Achilles injury and a “lower-body” injury sustained during the World Cup of Hockey this summer, we was real scurred that Tyler’s performance would take a bit of a dip as he got his groove back. But, alas, our fears have been allayed as he currently boasts 16 goals, 27 assists and 43 points, sitting tied for 7th in NHL scoring. So raise your glass of kale and spinach smoothie, and let’s toast Tyler on a job well done. Hey now, you’re an All-Star (but all of your notes are in C)!

Got damn, there’s a game like right now (or earlier today, depending on when you’re looking at this)! The Stars and the Buffalo Sabres with the rare weekday noon start, so stream it at work at risk of being reprimanded or promoted. Then, it’s a quick turnaround with the Rangers tomorrow evening, and there’ll be another on Thursday against the Islanders. Finally, it should be an extremely entertaining tilt against Alex Ovechkin and the Crapitals on Saturday. We’re having fun here, no?