The Stars Looked Good, Not Great On Its Northeast Swing.

Your Dallas Stars are barely the best team in hockey — according to the standings, at least. The surprisingly balanced and deep Washington Capitals are a mere point behind our sensational supernova squad, and charging hard at that.

So should last week's average-to-poor play by Dallas worry Stars fans? ABSO-LUTELY…. is what an overly dramatic internet article writer looking for hella clicks and pageviews would say. But this writer has proven that he is courageous, and proud of his courage.

While those hopping aboard the team's bandwagon have been quick to use glowing superlatives to describe this year's Dallas Stars, we must be cautious. No, this is not a perfect team. Very good, yes. But great? We'll let the best player in the league field that one.

Without further comment on the Stars' greatness, let's take a look back at the week that just happened, and preview the week that hasn't happened yet.

• Darkness Music at Columbus Blue Jackets, 3-6. The Stars were lucky to come away with a victory against Ohio's most professional-level hockey team in their previous meeting, in which sloppy play and mental lapses were mitigated by the Stars' ability to score at will. There was more of the same apathy towards Columbus in this rematch, but with a less favorable result. The distressed Jackets threaded the needle on the very first stitch, as Boone Jenner netted his 14th goal of the season, proving to his grade school classmates back in Dorchester, Ontario, that he is more than just a ridiculous sounding name. The Stars did battle back in this game and showed great pace and effort — perhaps for being scored on by someone named Boone Jenner — but to no avail. The best goaltending the Stars received all night came courtesy of a kick save from Spezza and pad stack by Benn. No, really, you gotta check this shit out!

• VICTORY GREEN™ vs Nashville Predators, 5-1. Unlike shouting “Who cares?!” after every one of @Jeffk_Stars's disinterested opposing goal announcements or incessantly screaming “Woooooo!” from the graveyard of the defunct Stars Fanatics section, the New Year's Eve game is a true tradition for your Dallas Stars. The Predators dressed former Stars second liner and Uptown Casanova Mike Ribeiro, as their No. 1 center in this one, and that about sums up the feebleness of their offense. But it ain't scoring goals that makes the Predators dangerous. All-World goaltender Pekka Rinne and superstar defensemen Shea Weber and Roman Josi carry the mail for this pesky squad. OK, usually. There was no junk mail to be delivered on New Year's Eve as Tyler Seguin scored two goals to decisively end the game early enough for all the “Who cares?!” and “Woooooo!” screamers to catch Ryan Seacrest do Ryan Seacrest things on national Television.

• Loser Point at New Jersey Devils, 2-3 (OT). I've never played in the NHL, and I wouldn't tell NHL Players how to play hockey, but I can get you into the car of your dreams. I'm just keeping it real, and this game was pretty boring by most scientific metrics. Really: Whirly Ball laps circles around this game with its electric fun. The Devils of Jersey were content to keep the puck glued to the boards, and the Stars were accommodating enough to let them, for the most part. A quick two-goal outburst from the Devils kept the Stars in comeback mode for the majority of the game. Great efforts by Sharp, who extended his scoring streak to seven games, and the tenacious youngster Colton Sceviour forced overtime. A fatigued Jamie Benn would take an ill-advised hooking penalty, allowing the Devils to score on the ensuing 4-on-3 advantage. Kudos to the Stars for battling back from a deficit on the road to make it interesting late, though.

• Darkness Music at New York Islanders, 5-6. Jamie Benn is such a persuasive leader that the rest of his team follows him straight to the penalty box. At 0:32 seconds into the contest, Benn picked up the first minor of the night. Not one to rest on his laurels, the swashbuckling captain high-sticked his way to a double-minor later in the period that drew blood from a Brooklynite (which you may read about in dramatic and sensationalized detail on salon.com). Think it ain't get better than that? Psshh, this is the Dallas Stars we talkin' 'bout. Jason Demers won the penalty contest with his own five-minute major game misconduct, good for a total of 15 minutes and getting kicked out of the match. Beast Mode! Kudos to the Stars for battling back from a deficit on the road to make it interesting late, though. P.S. Props to the Barclay's center (R.I.P. Nassau Colosseum) for the goofy camera angle in their not-suitable-for-hockey hockey arena.

Like Windows XP, what Oduyah lacks in flair, he makes up for in consistency and rock-steady steadiness, hence why Johnny Oduyah is universally known as “Mr. Windows XP, Service Pack 3.” Sure, you can be forced into privacy-invasive Windows 10, but you don't need all that, you really don't. All you do is watch cat videos and order Papa John's pizza anyway, so why let Obama know stuff about you? “Mr. Windows XP, Service Pack 3” is yet another salary cap casualty from the Blackhawks, and the Stars are lucky to have downloaded him. Pro tip: McAffee anti-virus software will mis-identify Johnny Oduyah as a virus, but he is not one; he is perfectly safe to run.

So what if the Stars lost back-to-back games for the first time this season this past week? No need to hit the panic button just yet. It happens to everybody, as evidenced by the fact that the Stars were the last team in the NHL without back-to-back defeats. I wouldn't count on them doing it again for a minute, either, as the team wraps up its North East road trip against the New York Rangers on Tuesday (Victory Green™). After that, Winnipeg visits the AAC on Thursday (another W) followed by the Wild on Saturday (loser point?). 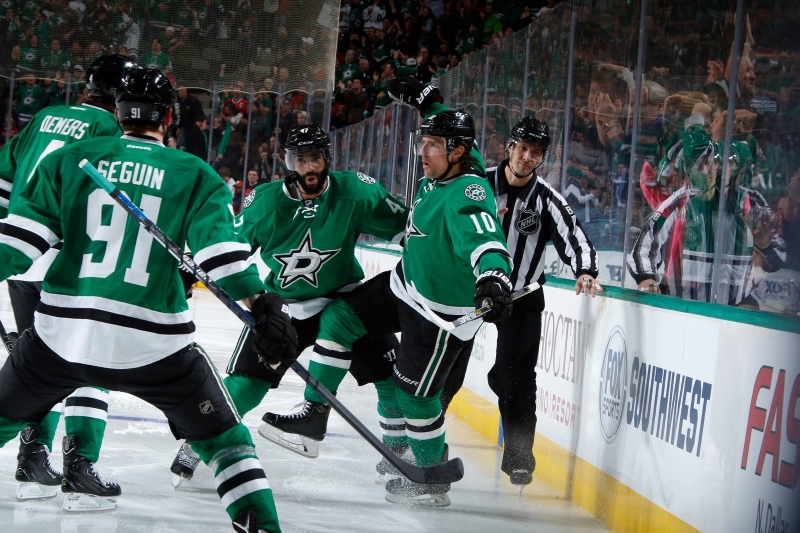