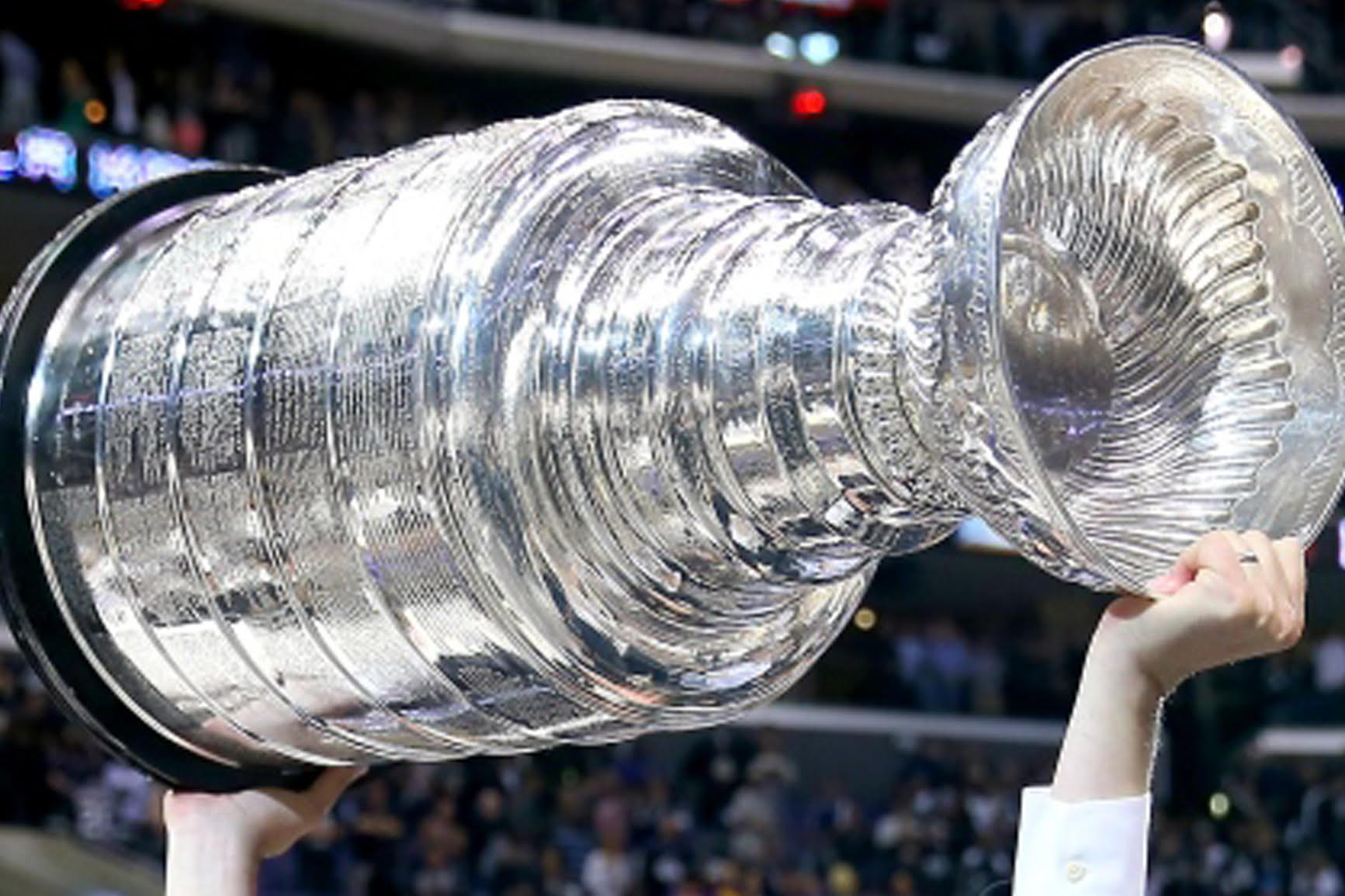 Everything You Need To Know To Get Ready For The Dallas Stars’ 2016-17 Campaign.

Your Dallas Stars are back once again with the ill behavior and ready to kick some ass. After a massively successful Western Conference leading regular season, and wildly entertaining playoff run, Dallas looks to take the next step in becoming a legitimate Cup contender. They got style, they got flair, and they are the most entertaining team in all of the National Hockey League. What they do next will shock you, you’ll freak when you see it!

Over the summer, some players used the time to heal, some played golf and some partied hard while others participated in the World Cup of Hockey. What is the World Cup of Hockey? A mini tournament in the middle of summer where NHL players go to get hurt. Tyler Seguin, Radek Faksa and Ales Hemsky all, to varying degrees, were injured in the mysterious tournament also known as Mortal Kombat, but should be ready to rope and ride (at some point) this season. The booboos didn’t stop there, however. Cody Eakin suffered a knee injury on the first day of training camp that will keep him out of the lineup for a while, while prospects Jason Dickinson and Devin Shore will miss time with a hip surgery and a lower body injury, respectively. Most depressing of all will be the absence of everyone’s favorite ghost-spotting Swede Mattias Janmark, who will miss the entire season stemming from complications with “Osteochondritis Dissecans,” which affects a joint in his knee and has been present since birth. 

“In all of the years, I’ve never seen anything like this.” — Stars coach Lindy Ruff.

So what else has changed since last we last talked about Your Dallas Stars? A hell of a lot, that’s fo sho. Most notably the lineup. Check it.

• Jiri Hudler.
Pronunciation: Yeer-EE HOOD-lur.
Position: Right Wing (Left Shot).
Born: Olomouc, Czech Republic (Formerly Czechoslovakia, which now formally wants to be known as Czechia, though it’s currently signing yearbooks BabyCakes2k18).
Age: 32.
Height: 5’10”.
Weight: 186 pounds.
Contract: $2 million/1 year.
Awards: Lady Byng Memorial Trophy (2015), Stanley Cup Champion (2008).
Zodiac Sign: Capricorn: Ambitious, conservative, determined, practical and helpful.
What else you need to know: Hudler brings championship experience from his tenure under Jim Nill’s Detroit Red Wings, and is only one season removed from a gentlemanly 76-point effort, which was rewarded with the Lady Byng trophy. Last season wasn’t so hot for Jiri, as he split time with the Calgary Flames and Florida Panthers, and watched his minutes and point totals slip. An excellent shooter who buries his opportunities at a whopping 15.1 shooting percentage (third-highest amongst all active NHL players), Jiri plays both ends of the rink with efficiency and should see a bounce back year playing with the highest scoring team of 2016. Expect the versatile winger to see playing time on the second line with Jason Spezza at center, and healthy usage on the power play unit. Bet.
Fake Fun Fact: Your Dallas Mavericks made a characteristically unsuccessful attempt at signing Hudler in free agency this offseason.

• Dan Hamhius.
Pronunciation: HAM-hyooz.
Position: Defenseman (Left Shot).
Born: Smithers, Canada. Excellent.
Age: 33.
Height: 6’1″.
Weight: 207 pounds.
Contract: $7.5 million/2 years.
Awards: Gold medal (Sochi Olympics).
Zodiac Sign: Sagittarius: Curious and energetic, extroverted optimist open to changes.
What else you need to know: Targeted by Dallas at the trade deadline last year, Vancouver rejected a plush offer for the impeding UFA Hamhius. You see kids, Canucks ownership and Stars owner Tom Gaglardi have a strong dislike for each other and, as such, this disdain prevented the trade from occurring. Jim Nill went on to trade for Kris Russell at the deadline and Vancouver ended up losing Hamius to Dallas in free agency anyway, without acquiring sexy draft picks and NHL-ready talent in return. Talk about cutting off your nose to spite your face! Hamhuis is a Top 4 defenseman with excellent hockey sense. A skilled puck handler, Hamhius will play a significant role in eating up the minutes left by the dearly departed Alex Goligowski. Unlike “Goose,” however, Hamhuis plays a defensively sound game while leaning towards safe plays in his own end. He’s coming off a year where injuries hampered his performance and considerably slowed his skating stride, but expect a motivated and refreshed defensemen on a blue line that is lacking NHL experience.

• Lauri Korpikoski.
Pronunciation: kore-pih-KAH-skee.
Position: Left Wing.
Born: Turku, Finland. (I don’t have a joke about this.)
Age: 30.
Height: 6’1″.
Weight: 193 pounds.
Contract: $1 million/1 year.
Awards: Bronze medal (Sochi Olympics).
Zodiac Sign: Leo: Confident, outgoing, independent, fourth line winger.
What else you need to know: Cut by the Calgary Flames on Sunday, and signed by the Stars for a cool mil the very next day, Lauri sure was happy to have a “case of the Monday’s” The Varsity Blues lookin’ winger will provide immediate help down the lineup for the depleted forward group and eat minutes on the PK until the rest of the roster wakes up from its collective coma.

• Colton Sceviour: The Florida Panthers scooped up the utility depth forward on a two-year deal worth $1.9 million.

• Kris Russell: The consolation prize acquisition on trade deadline day was lost to free agency after a lukewarm playoff run with Dallas. Kris’s agent spent all summer on the phone trying to convince interested teams that he is worth $5 million a season on a multi-year deal. No surprise that Kris was left unsigned until this week when the we-screw-up-everything-we-do Edmonton Oilers stepped up to the plate and signed the diminutive defenseman to a $3.1 million, one-year deal.

• Val Nichushkin: The restricted free agent exercised his right to sign with the KHL (Russia’s Kontinental Hockey League), and the 21-year-old did just that, inking a two-year deal back in mother Russia. Should Val return to the NHL, the Stars retain his rights, which is a win-win for Dallas. He clearly wasn’t able to take the next step in his development, as an influx of youngster vie for a spot among the deep forward corps. With some added playing time over there, maybe he’ll return as a true Top 6 forward someday. Or maybe not. Actually, just as we were writing this, it news broke that Val has already been demoted to the VHL(the Vysshaya Hokkeinaya Liga, or “Supreme Hockey League”), which is the KHL’s version of the AHL. Got it? Apparently “Nuke” was at odds with the head coach and sent to the minors for poor play/attitude. In America, if you have a poopy attitude and don’t do your job, your demands are met and you’re kept on the roster. In Russia, says Yakov Smirnoff, your poo poo attitude gets you reassigned to the Western Front.

Wait, why more players leave than are players new?

Nill’s game plan this offseason was to let some pricey veterans walk in order to give some playing time, particularly on defense, to the youngsters already in the system. Gold medal-winning swimmer Penny Oleksiak’s big brother Jamie and Patrick Nemeth will be given ample opportunity to lock down the third pairing on defense. The burly duo’s development has been hampered in season’s past, buried on the depth chart and given sporadic ice time. Look, if you had one shot, or one opportunity, to seize everything you ever wanted. In one moment. Would you capture it, or just let it slip?

Beyond that, the highly touted Finnish dynamo Julius Honka, who looks more apt to reboot the ’80s sitcom Silver Spoons than play grown ass man’s hockey, will spend some additional time seasoning in the AHL, with the potential of filling in a few games should injuries deplete the Stars regulars. No rush! Together, we’re going to find our way. Together, taking the time each day. To learn all about those things you just can’t buy. Two silver spoons together. You and I together, we’re going to find our way!

And Brett Ritchie, who saw some duty with the big club last season, looks to be a regular on wing now. I love power forwards like I love tortilla chips — an awful lot. Texas Stars’ Devin Shore and Curtis McKenzie will surely see some time in Dallas and can be plugged into the forward lineup should the occasion arise. They pretty good.

But wait, do we still haz the suck ass goalies?

Yes. The absurdly expensive average goaltending of Kari Lehtonen and Antti Niemi will start the season for Your Dallas Stars, where they successfully backstopped Dallas to the best record in the West last year, mind you. But all signs point to GM Jim Nill trading/signing/stealing, a top flight goalie as the team marches towards the playoffs late in the year (Allah willing). Tampa Bay’s Ben Bishop, Pittsburgh’s Marc-Andre Fluery and New York’s Henrik Lundqvist are all facing expiring deals/situations which may see them in Victory Green™ by season’s end. Hell, maybe Daryl “Razor” Reaugh will suit up.

Sheesh, did anything else change around here?

As a matter of fact it did. Speaking of the broadcast team, excellent play-by-play man Dave Strader announced that he is battling a rare and aggressive form of cancer, and will be receiving ongoing treatment near his New York home. He says he plans to work as many games this season as his condition and treatments allow, but in the meantime, color man Reaugh will slide over to Strader’s chair calling the action, while Stanley Cup champion Craig Ludwig will join him in the booth in the color analyst role. Good vibes and love to Dave. Fans can send their words of encouragement to him here.

Needless to say, the Stars will begin the season facing significant challenges on and off the ice. Throughout the organization, friends and teammates will need to count on each other. Iron sharpens iron, so one man sharpens another.

None, man, cuz the season ain’t even started yet and we don’t give out pre-season awards around here.

The season kicks off at home against the Anaheim Ducks tonight. It’s a 6:30 p.m. start, y’all! Make sure you arrive early to witness the raising of the Western Conference Regular Season Champion banner (I think). Saturday the Stars travel to Denver to take on a Patrick Roy-less Avalanche squad, who may or may not be as awful as last season.

This year in Dallas Stars. 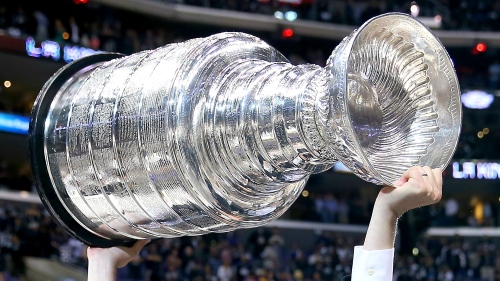 I look forward to officially covering Your Dallas Stars unofficially this season and sharing my well-crafted “Oh crap it’s Sunday night and I gotta write something” thoughts with you.

Finally, to commemorate the start of the new season, I’d like to celebrate the return of Dallas Stars hockey with a new remix. Enjoy, and LEHT’s GO STARS!