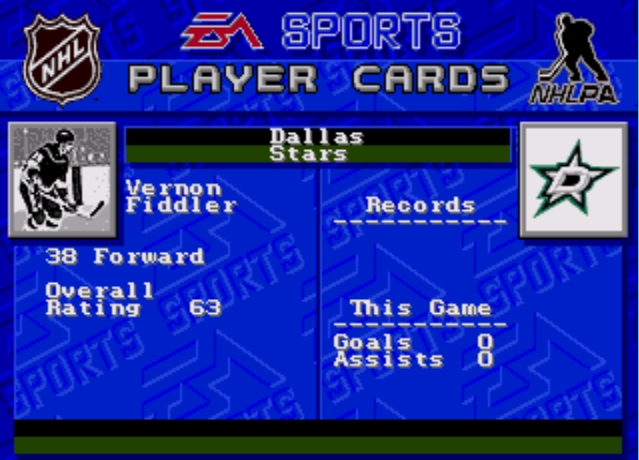 Minor League Call-Ups And A Cagy Vet Kept The Stars Afloat This Week.

Your Dallas Stars are competitive today, and look to be so in the future. With injuries to several Stars regulars, the depth of the franchise has been called upon in the home stretch of this 2015-2016 season.

As the core of the Dallas Stars near their prime, good times are bound to happen. Things both are good and will get more good. And I'm not sure what to say about it anymore than that, all eloquent-like. I'm just like all, “Yeah it's cool and stuff.” And whatnot.

Let's just get to it.

• Darkness Music vs Detroit Red Wings, 2-3. Once upon a time, Jimmy Howard supplanted Chris Osgood as Detroit's No. 1 netminder. If memory serves proper, 'twas circa 2009. FFWD to 2016 where Petr Mrazek has now firmly taken the envious position of starting goaltender for the Red Wings. Well good ol' Jimmy was back in net for this contest, as Petr — if that is, in fact, how you spell his name — was not well enough to lace 'em up in Big D. This was a game of “high speed chess,” as the battle of similar systems yielded few prime scoring opportunities. In some ways, it felt like the '90s. The first tally of the night wouldn't occur until midway through the second period via Andreas Athanasiou. With two minutes left in the period, Alex Goligowski would then turn on the jets to lead a disjointed charge towards the Red Wings net that resulted in youngin' Colton Sceviour graciously allowing the puck to bounce off his person into the net. That's three goals in the last four games for Yung Colton. Unrelated to the game, I'd really like a pretzel right now. Speaking of things that feel salty: Athanasiou would go on to score again on an absolutely filthy goal that made Stars goalie Antti Niemi look like he was chasing butterflies while the shot was roofed over his flailing body. More of the same strict hockey action would continue deep into the third where a blue-collar play by Vern Fiddler — in his 800th NHL game, no less — would score to send this playoff-esque game into over-friggin'-time. Following a phantom hooking call, Pavel Datsyuk scored on the 4-3 power play. What a lame way to end a game! Crappy ass reffin', Got Damn! Stars deserved better than this bull crap ending. Go eat a bag of eggs. Just BTW. Congrats to Vern Fiddler for scoring his 100th goal in his 800th NHL game as an undrafted player, though. Pure determination.

• Darkness Music vs Nashville Predators, 3-5. I didn't watch this game, so I don't know what happened against these super predators. I'm not going to lie to you and say I did. I was chillin' in Cedar Rapids.

• Victory Green™ vs New Jersey Devils, 4-2. With heavyweights like the 200-plus-point Radek Faksa and Brett Ritchie, the Stars future looks solid up front. This was a game of will won by Dallas, in part because of the youthful energy infused by these meaty minor leaguers in the absence of Sharp, Eaves and Jordie Benn. Yung John Klingberg would leave the game with a lower body injury to add to the names in the triage (I think I used that word correctly). It was a great overall game from the Stars, and solid team effort to win and put an end to the losing skid that had Paul in Addison in a tizzy that his poor little hockey team was in a tailspin. Grow up Paul, you are irritating. Watch the highlights if you want. I don't care if you don't. Do whatever the hell you want.

• Victory Green™ at Ottawa Senators, 2-1. Scott Gomez plays for the Sens? The old-timer, part of the New Jersey Devils squad that “beat” the Stars in the 2000 Stanley Cup finals, was in the AHL last week, and now he's on the second line for Ottawa. Yeesh. Good for him, but really it just shows the lack of any depth whatsoever for this Canadian squad to hire a 50-year-old to help on the power play. May the odds be ever in their favor. Speaking of the Willenium, Dallas hasn't lost a game in Ottawa since the year 2000. That's the pre-Bush Era for all you Millennials. Overall, it was a free-flowing Sunday game with a certain level of indifference in the matchup from the paid professionals on ice. A one-all score would hold till the third period when the Sens would score to take a 2-1 lead — OR WOULD THEY? Ruff called out the dirty Canadian team on an offsides that wasn't called on the ensuing goal scoring play, and won. Coaches challenges have resulted in an overturned call 28 percent of the time this season. More skating and dumping and chasing and relatively dispirited played continued until France's very own Antoine Roussell scored a “fuck yeah” goal. After scoring, he pointed at the only guy in the Ottawa stadium wearing a Roussell jersey, who looked drunk as hell. From there, the Stars were all, “shut it down, let's go home.”

When a faceoff is… in your defensive zone… who you gonna call? Vern Fiddler! When it's late in the third… and you're up by one… who you gonna call? Vern Fiddler! Got Damn, it's good to have the veteran presence of Vernon on the Stars. With so much young talent in Dallas, it is absolutely necessary for a savvy, seasoned vet to help lead the team to victory. You don't win Stanley Cups without players like Vern Fiddler down the lineup. So Paul in Addison, shut your stupid punk ass up about benching Vern for an unproven 16-year-old AHL-er, know what I mean, Vern?

Even with the up-and-down play of late — the Stars have gone 5-4-1 in their last 10 games — Your Dallas Stars somehow still sit tied atop the Western Conference with 87 points. Only the Washington Capitals over in the East have racked up more points this season. And who should the team face in its next contest following an extended five-day break? None other than those hated Blackhawks — and on 311 Day, no less. But you know that we have always been down, down. Then, it's on to St. Louis to fend off the blue-box Blues, a team that currently sits just two points back of the Stars and the Blackhawks for the top seat in the West. Expect a playoff atmosphere in both contests. Hell, I might not shave this week just to really get into it. 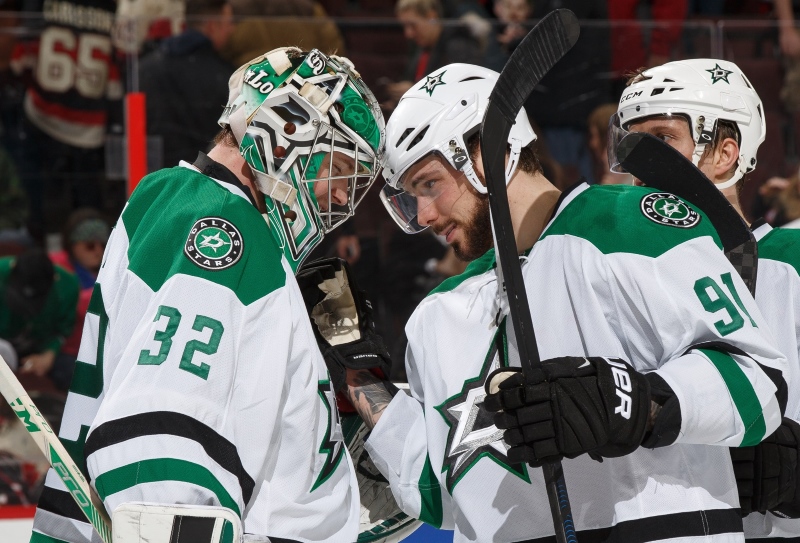