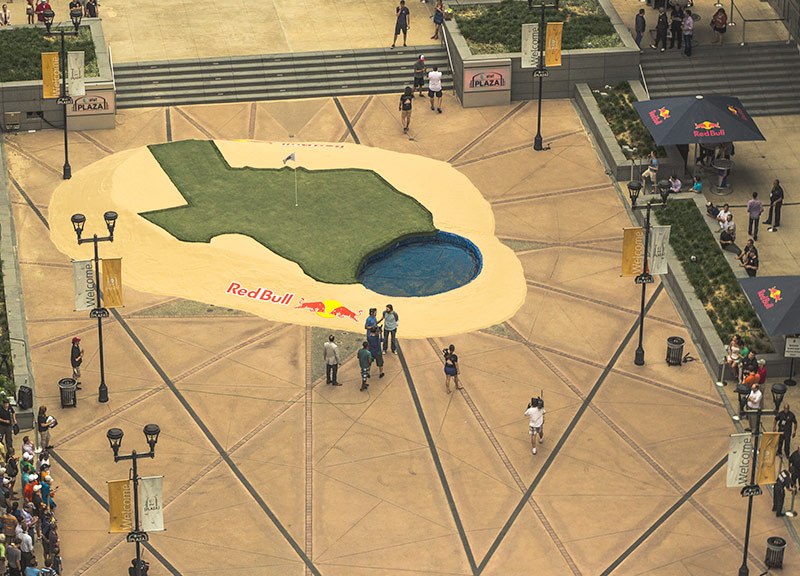 In 2010, he was the PGA Tour's Rookie of the Year — an honor he earned over even Rory McIlroy, who has spent the past coupl
e of years as the No. 1 player in the world, right up until Tiger Woods recently retook his position atop that mantle.

The 24-year-old's a fairly exuberant dude, too. There's his bright, color-coordinated style he flashes on-course, for one thing. Then, well, there's this: In 2011, Red Bull set up an impromptu 106-yard hole for him to shoot at in the middle of Washington D.C., and — as you can see in the below clip — Fowler was able to score a hole-in-one during that effort.

So, yesterday in Victory Park, with Fowler in the region to compete at this coming weekend's Colonial tournament out in Fort Worth, the folks at Red Bull decided to see if Fowler could make lightning strike twice and score another hole-in-one in an urban setting.

And, visually, the scene was fairly remarkable — or as remarkable as cement plazas can get, at least. A modest crowd gathered around the plaza to gaze upon a small, Texas-shaped green that had been set up in the middle of Victory Plaza, right in front of the American Airlines Center, for Fowler — and his playing partner for the event, the Dallas-based pro golfer Colt Knost — to fire upon from three different locations: one at the edge of the plaza's entrance, one from the entrance of the W Hotel across Olive Street and one from atop an apartment complex's small parking garage sitting catty corner from the plaza.

There'd be no hole-in-one, though. In fact, through the first two tee positions, Fowler would be straight-up outshot by Knost, whose high draws seemed to fare better than Fowler's low cuts in the windy environment. Knost shot damn well, in fact; Fowler had some difficultly even keeping his balls on the small green, but Knost just kept nestling his balls closer and closer to the makeshift hole, landing multiple shots within feet of the hole.

Fowler fared better at the third location, though. Forced from this shot to shoot mostly blind — with the assistance of those massive Victory Plaza display screens, granted — and over the WFAA studios, Fowler finally bested Knost, landing his top shot at, oh, around San Angelo, if the hole was in Brownwood.

Still, it was pretty cool.

Above shot of Victory Plaza by Pete Freedman. All other photos courtesy of Red Bull. 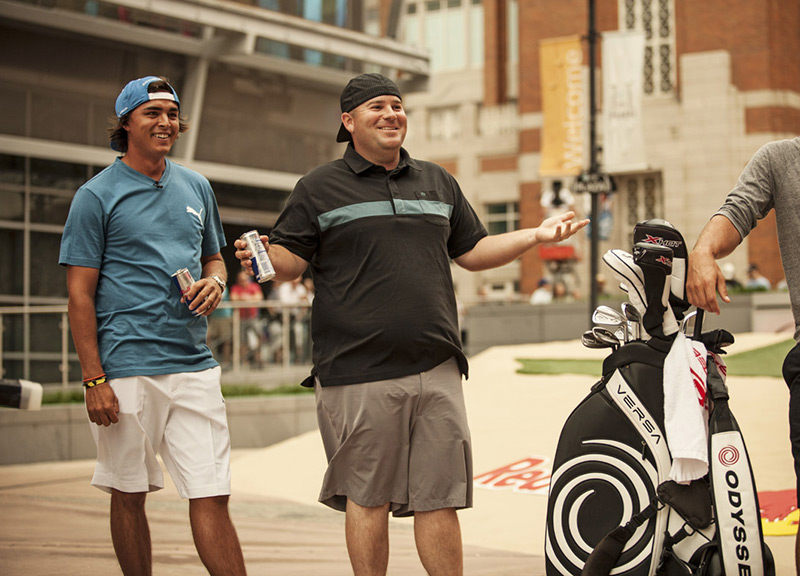 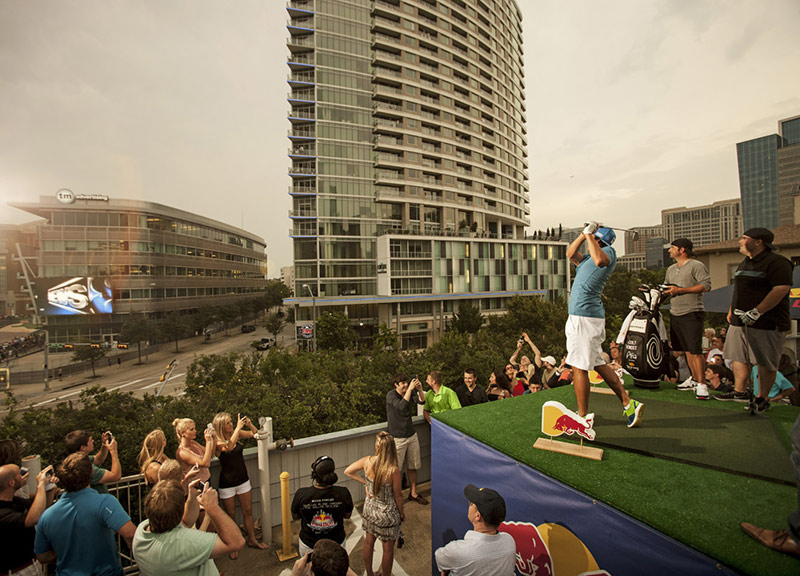 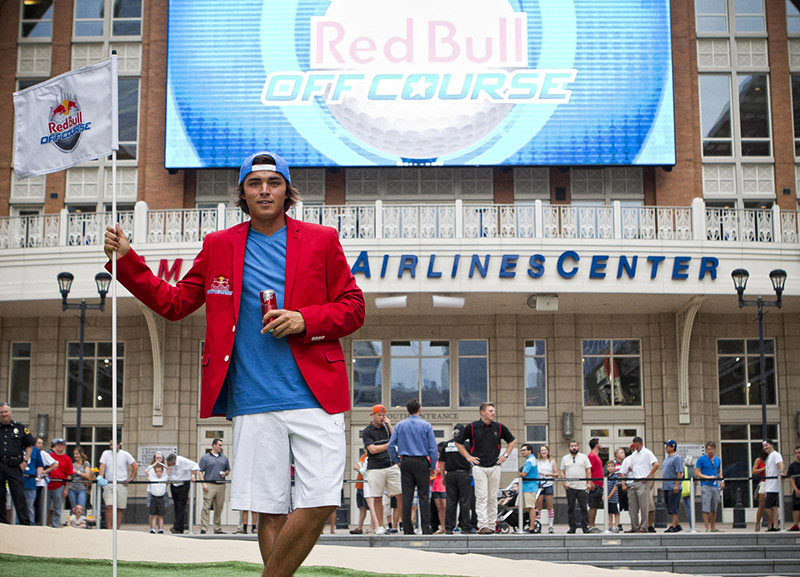