For The Love of Munny. 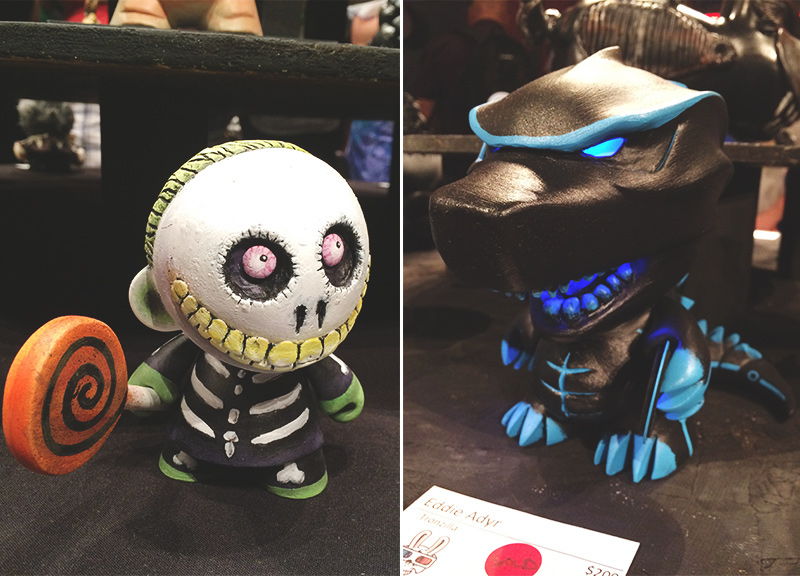 They say constraints make a person more creative, that when you only have a few things to work with, it makes you think outside the box more.

Well, limitations are the bread and butter of the vinyl customization scene. And, in Dallas, the Vinyl Thoughts showcase is the best place to see the many different ways you can doll up a vinyl toy.

Now in its sixth iteration, the Vinyl Thoughts show brings hundreds of people down to Quixotic World in Deep Ellum for a chance to look at and purchase customized vinyl toys from local, national and international artists.

Curated by Shelby Miller and Cody Phillips, this particular show's theme was all about recreating iconic movie scenes and characters using vinyl toys. Artists took that concept and expressed it through works highlighting everything from Charlie Chaplin and Mad Max: Fury Road to The Life Aquatic with Steve Zissou and, well, just a crazy amount of Star Warsstuff. There really was something for everyone.

Well, early on at least. People were lined up outside the venue for an hour before doors opened, leading to a mad cash-drop rush soon as they did. After the initial buying rush subsided, though, fans both young and old were able to gawk at the creative works — ranging from re-paints of Kidrobot Munnys and Dunnys to crazy multimedia works — at their own speed. Also cool? A lot of the artists behind these pieces were around to chat with fans about techniques and their works, too, making for a really informative and welcoming time.

But enough on the sentimental junk. Let's get to the good stuff. Below are just a few of awesome works in display at the show. 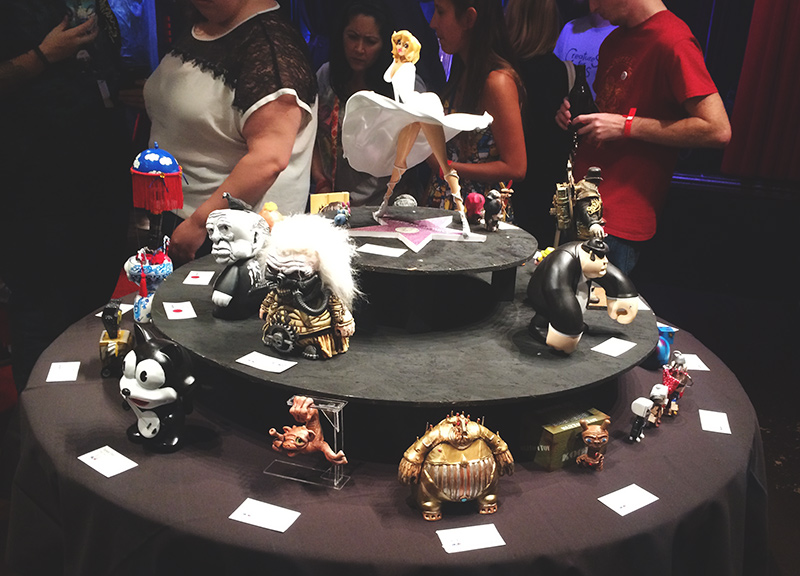 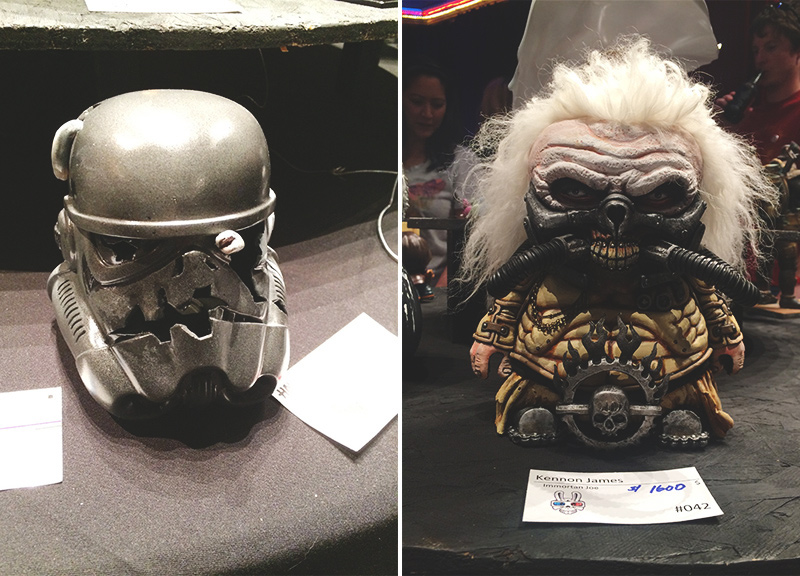 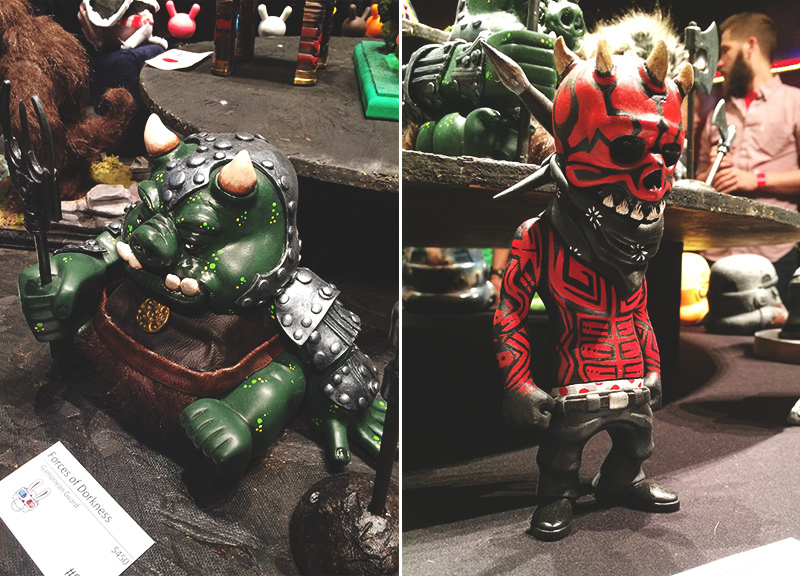 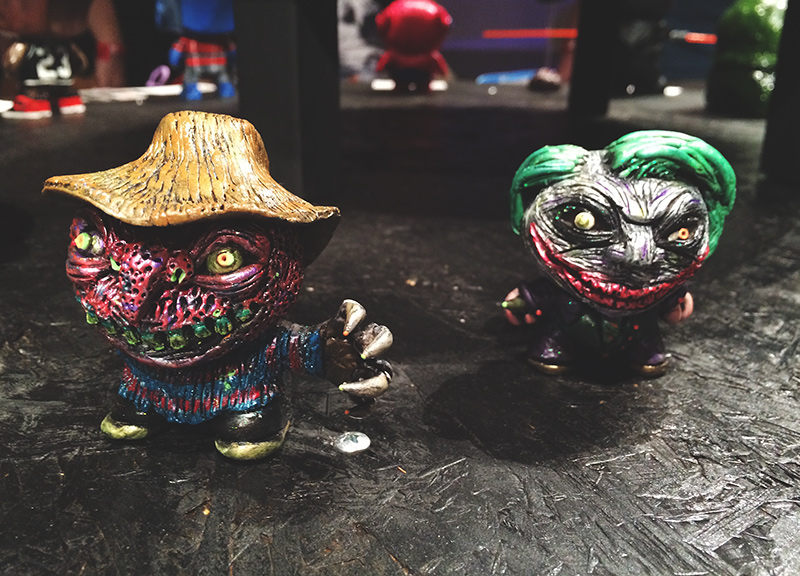 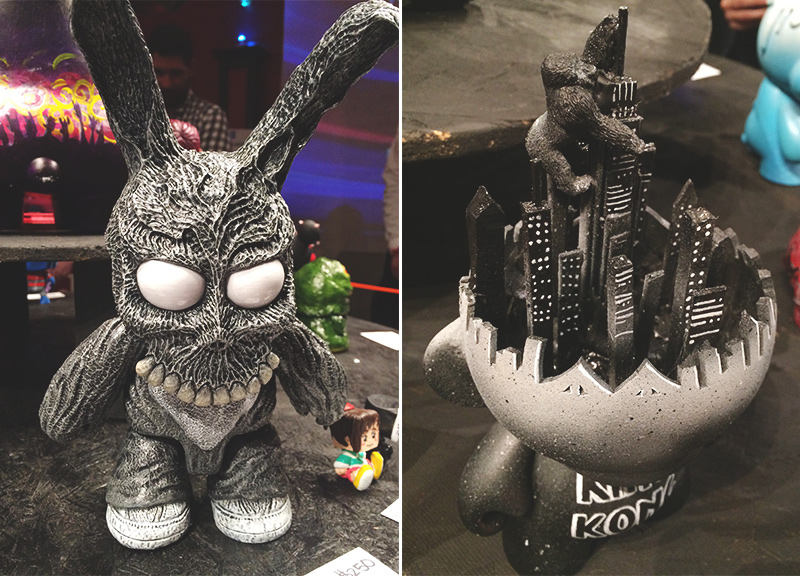 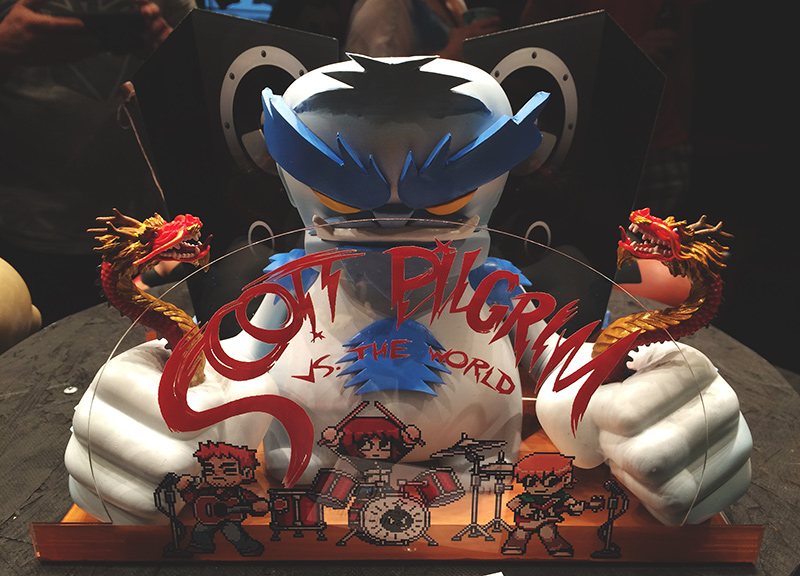 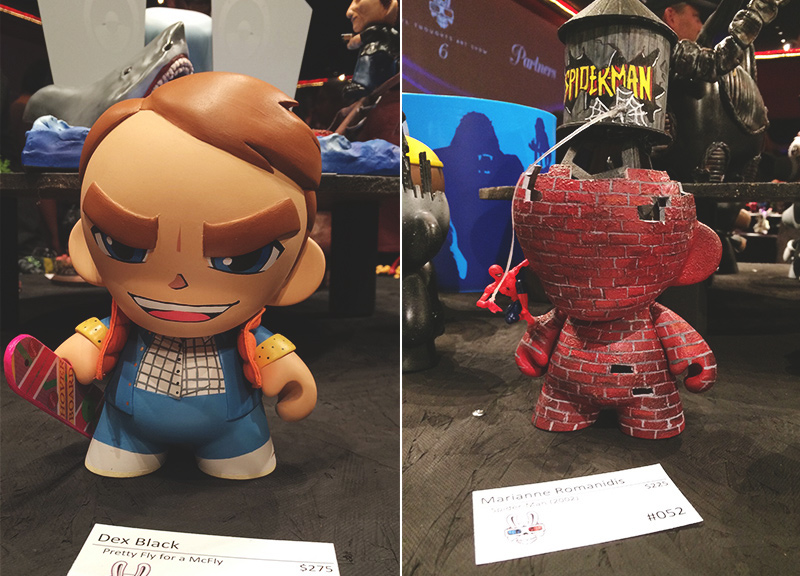 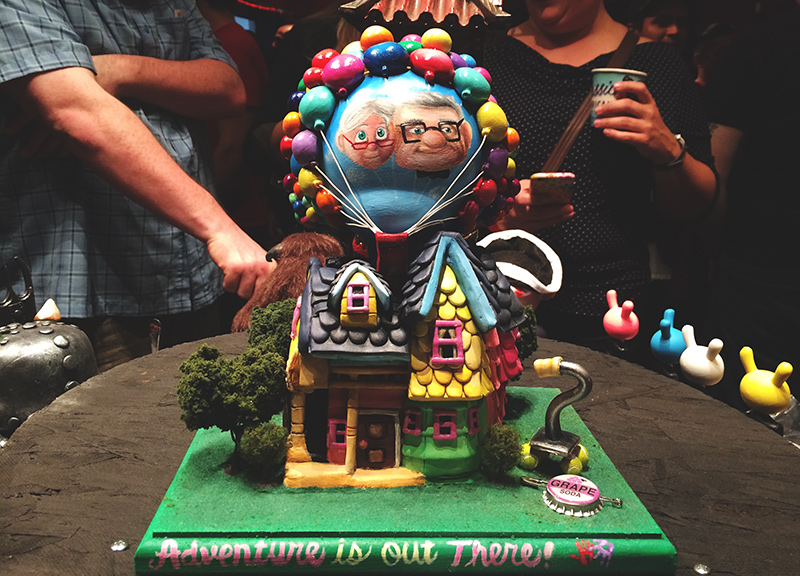 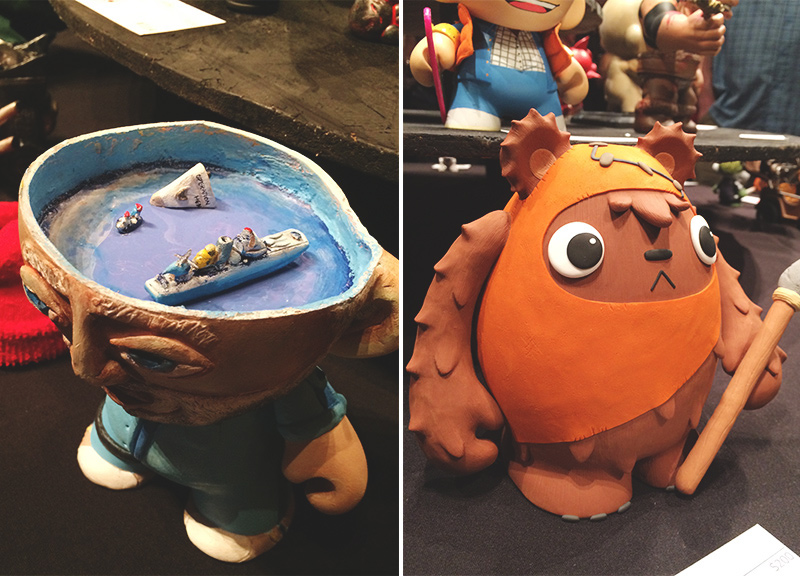 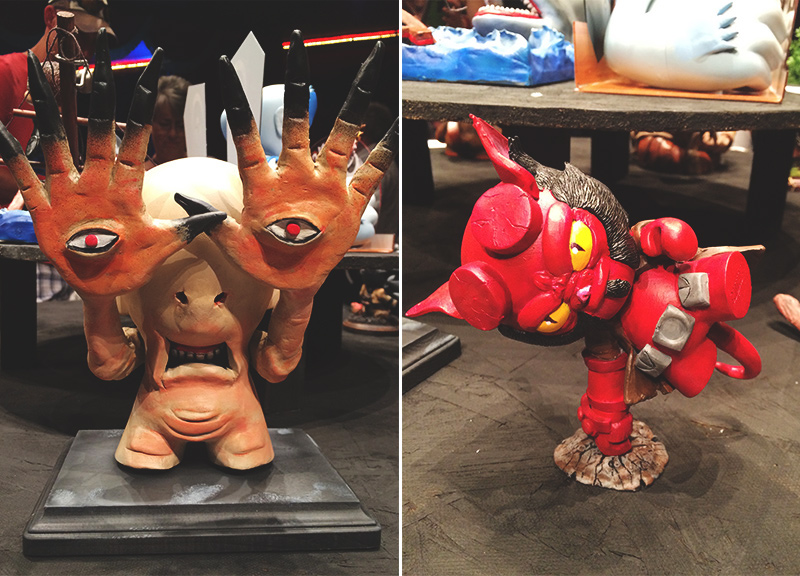