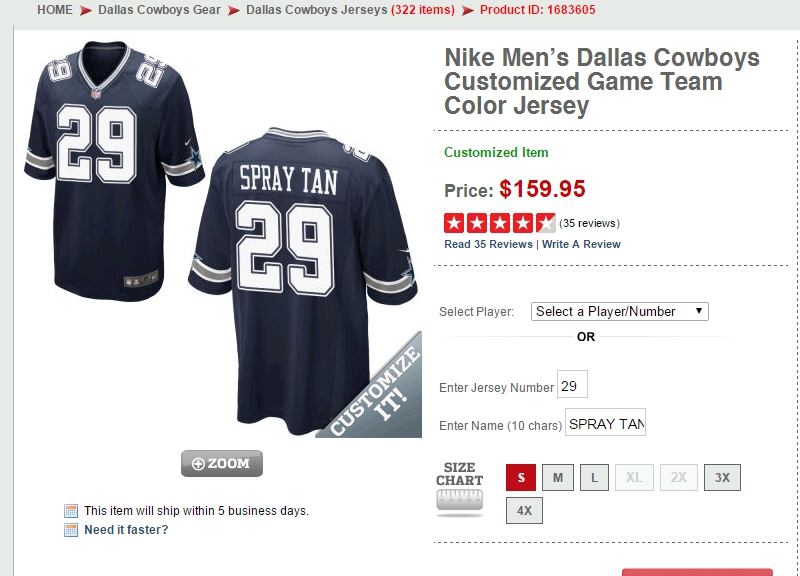 Quick! Order Your Custom Dallas Cowboys No. 29 Spray Tan Jersey While You Still Can.

Life on and off the field couldn't be going any differently at the moment for Dallas Cowboys running back Demarco Murray.

Last night, as Murray edged closer to achieving an elusive 2,000-rushing-yard season and further locked down his grip on the 2014 NFL rushing title, one of Murray's former Oklahoma teammates was busy putting the league's leading rusher on blast for sleeping with his wife.

Earlier this week, the Dallas-based, OU-sprung free agent running back Brennan Clay alleged via Twitter that Murray is currently having an affair with his wife, Gina D'Agostini.

Then, last night, so as to prove his point, Clay took things a few steps farther by posting pictures of sexually explicit text messages shared between the accused-of-cheating pair — ones that gloriously show how D'Agostini apparently saved Murray's number under the name “Spray Tan” in an attempt at discretion.

Later, as Murray was en route to earning 179 yards rushing in the Cowboys' victory over the Chicago Bears, Clay even acknowledged the humor in the “Spray Tan” bit.

Anyway, we point all of this out for a very specific reason: At this very moment, this story's just far enough under the NFL radar so that the league has yet to ban the sale of customized No. 29 Cowboys jerseys with the name “Spray Tan” printed on the back — well, not yet. As of 2 p.m. Friday afternoon, we were successfully able proceed to checkout.

This, of course, is likely to change soon: As you may remember from the whole Ron Mexico imbroglio, the NFL typically doesn't have much of a sense of humor about these things.

We're just saying: If your last name, by some coincidence, does happen to be “Spray Tan” and you've been toying with the idea of getting a custom Cowboys jersey for some time now, the clock is ticking. 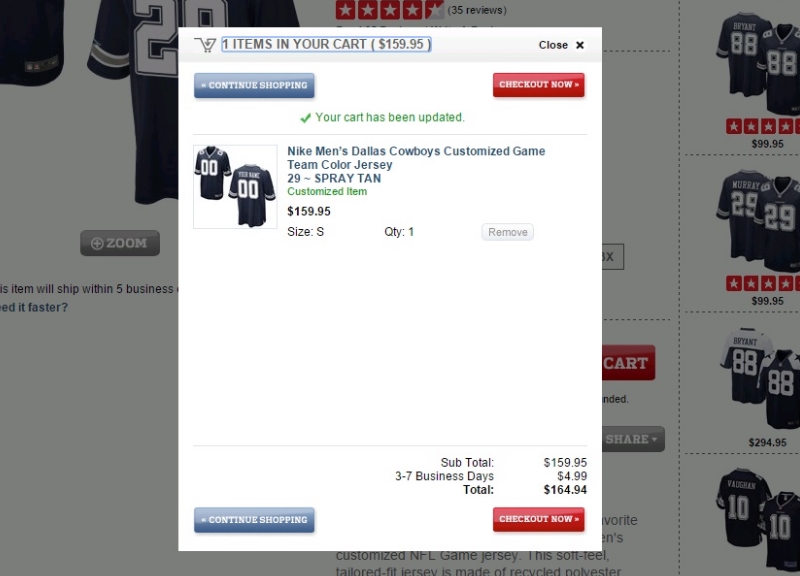