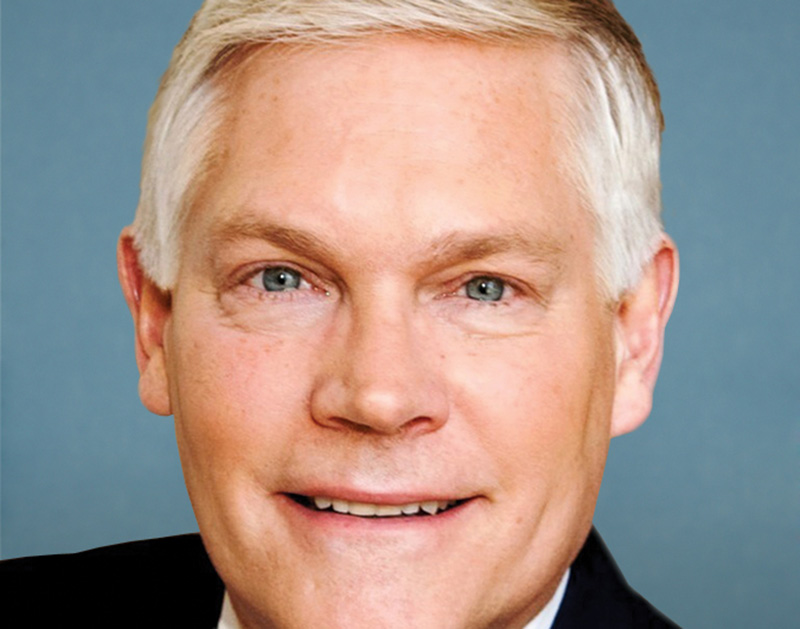 We Went To Congressman Pete Sessions’ Town Hall Meeting In Richardson On Saturday, And All We Got Were These Five Lousy Takeaways.

It’s safe to assume that most people have not been to a town hall meeting hosted by their congressional representative.

Tough to blame anyone for that. Who would want to go and listen to their elected officials drone on about boring policy changes and giving non-answers to questions? Historically, few people would give up a Saturday afternoon to stand in a hot line just to get into a two-hour town hall meeting. Then again, these are not normal times.

Since our new presidential administration has taken the oath of office, town halls have become a hot spot for constituents to make sure their voices are heard by the people supposedly representing their interests in Washington. Over the past few months, these meetings have become remarkably contentious. Worse, news reports have of congressmen leaving town halls early or just not showing up at all because of the boisterous opposition have been plentiful.

So when the opportunity arose for me to attend a town hall meeting for myself, I couldn’t resist. I had to check it out. And so I went to watch a town hall hosted at Richardson High School on Saturday afternoon by Congressman Pete Sessions, who represents the 32nd district of Texas, which covers Uptown Dallas, Highland Park, Richardson and Wylie. Sessions has held this seat since 2003, and he ran almost unopposed last year, except for a Green Party and Libertarian candidate. No Democratic candidate was on the ballot.

Well before its scheduled start, the line for the town hall reached around the block. There were signs galore — almost all of them seemed to opposed Sessions and what he stands for — and very few supporters of the representative. Still, everyone was pleasant: Some people were even passing out “Agree” and “Disagree” signs to be used once the discussion itself began; one girl was passing out doughnuts; and a man was passing out bottles of water.

It was pretty weird. There was a genuine excitement buzzing all around — the kind that comes at a hyped-up concert, perhaps. To wit: Some 3,000 people registered for this town hall, and the auditorium boasted a capacity of close to 2,000. Inside the space, things were packed and loud. And once the town hall finally began, things got tense. The atmosphere stayed at a ten almost the whole meeting.

So what did we learn from the following two hours? Here are our five main takeaways from the event.

1. Sessions’ staff did not pre-screen the questions asked at the town hall. If you registered to attend this event, you received a standard email asking you to submit questions to Sessions. It’s easy to think that this was to weed out potential biased questions, but, to Sessions’ credit, his staff did not shy away from giving the congressman tough questions to answer. These questions covered a wide range of topics — the American Health Care Act (AHCA), school vouchers  EPA cuts, the border wall, Planned Parenthood and almost everything between. In total, Sessions was asked about 50 questions in this setting. When time on the event ran out, Sessions promised that his staff would answer all other submitted questions either by phone or email.

2. Turns out, Sessions can only play nice for about five minutes at a time. After a rather lengthy intro, Sessions came out and addressed the auditorium before he started getting into the issues. He seemed rather sincere in his statement, saying he understood why many here were angry with him, and that he wanted this town hall to be beneficial to both sides of the aisle. Then he said that he wanted the audience to use its manners and let him finish his statements — a somewhat patronizing statement, but so be it. Next, he said everyone in attendance should be proud of coming to this town hall and for wanting to be involved. And then he applauded himself: “You should also be proud of me,” he said, “for doing [this town hall].” That’s where he lost his crowd. An uproar of yelling and red “disagree” signs shot up in the air. Chants of “It’s your job!” never seemed to stop. Finally, he moved on to a power point presentation about the AHCA, which was probably the worst subject to start with. During his presentation, which mainly provided these attendees with information they already had, continuous boos and angry shouts made it difficult for Sessions to speak. At this point, the congressman paused. “I understand why you’re frustrated,” he said. “[It’s] because you don’t know how to listen.” Oh, man. I promise you I am not taking that quote out of context. At that point, it was clear that Sessions was there to make himself look good for having a town hall. He did not seem to care that his constituents disagreed with him.

3. The auditorium did actually support Sessions on some issues. Sessions said he agrees with keeping funding for the National Institutes of Health, an agency which has research facilities and conducts scientific research. He also said he doesn’t want to make drastic cuts to the EPA. Now, he chose his words carefully here, saying he wasn’t in favor of “drastic” cuts. But small cuts? Who knows. Also, Sessions seems to disagree with President Trump’s proposed wall, saying he feels it is an unnecessary addition along certain parts of the border. The crowd didn’t hate that.

4. Sessions loves the word “opportunity.” Over the course of his town hall, Sessions made it clear that he was very proud of the AHCA, which he said was 75 percent his plan. No, he would not concede to otherwise. He said he feels Obamacare caused the economy to slow down, and that he believes the AHCA would help it pick back up. Plus, he said, the AHCA would allow citizens the “opportunity” to buy health coverage. This became his favorite word of the afternoon. But, as many in the crowd pointed out, “opportunity” for health care doesn’t mean you get health care. By the end of the town hall, whenever Sessions said the word “opportunity,” many in the audience would break out in laughter.

5. It’s really difficult to tell where Sessions stands on certain issues. If the constituents of a town hall are fired up about the issues, there will be constant yelling, booing and shouting. As a result, it was indeed difficult to hear what exactly Sessions was saying at certain points of the town hall. But instead of waiting for the crowd to calm down, Sessions would continue to talk through the raucousness — and without raising his voice. Also, like a true politician, he danced around answers giving platitudes instead of taking sides on an issue. When the crowd would call him out on it, he simply moved on the next question.

It’s difficult to say what makes a town hall successful. But we’ll give credit where it’s due: Sessions didn’t bail out on this event; he stayed until the end. He also answered a good chunk of his questions, many of which were hot button issues. And while things got heated in the packed auditorium, they never got fully out of hand — no one was arrested or kicked out, or anything like that.

So by those standards, sure, this was a successful town hall.

Really, though: By any standard, it was pretty damn entertaining. Can’t wait till the next one!