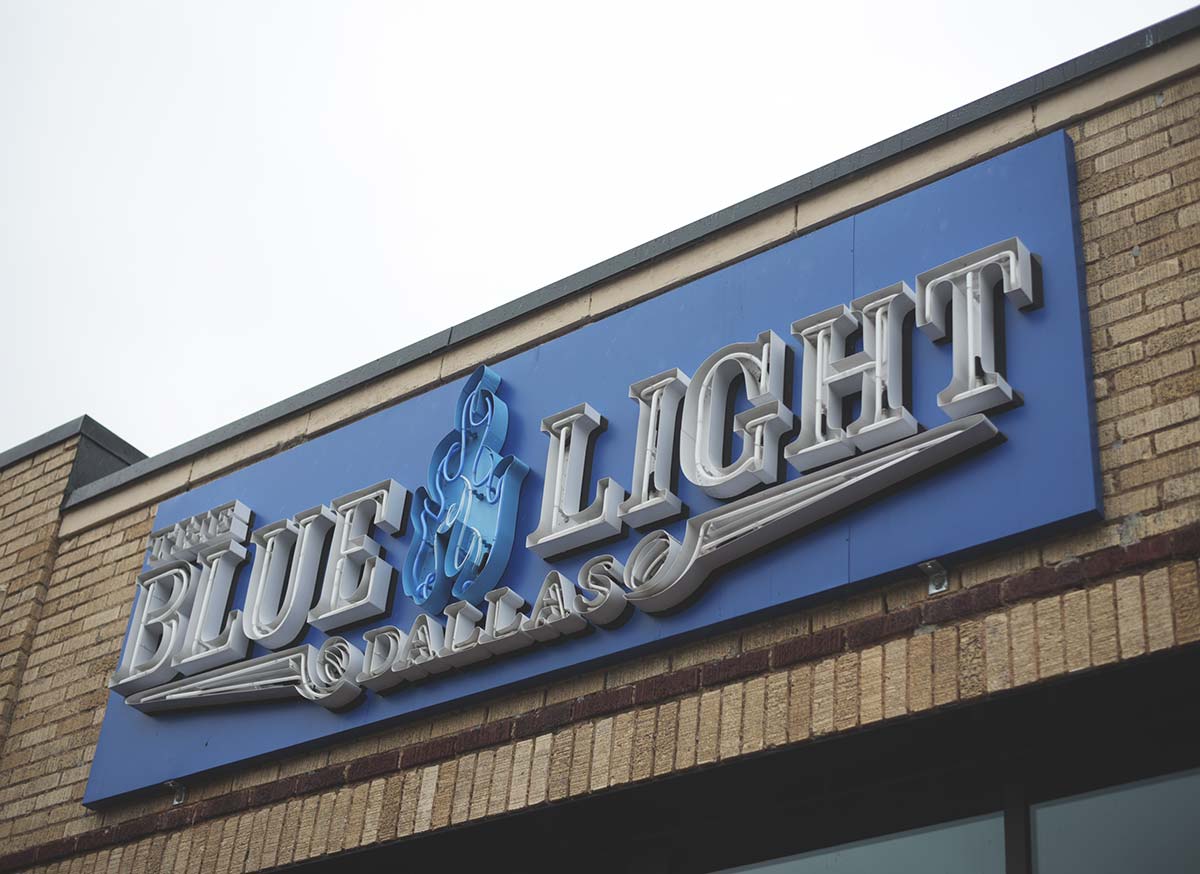 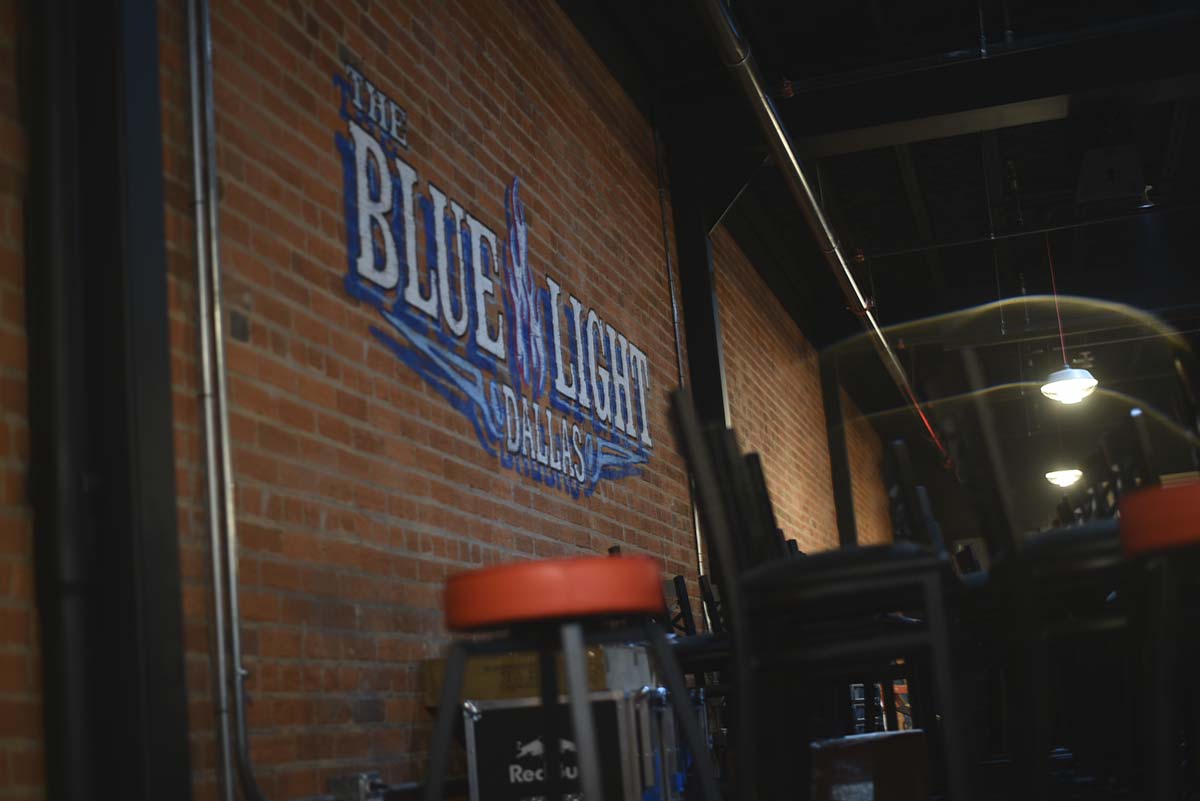 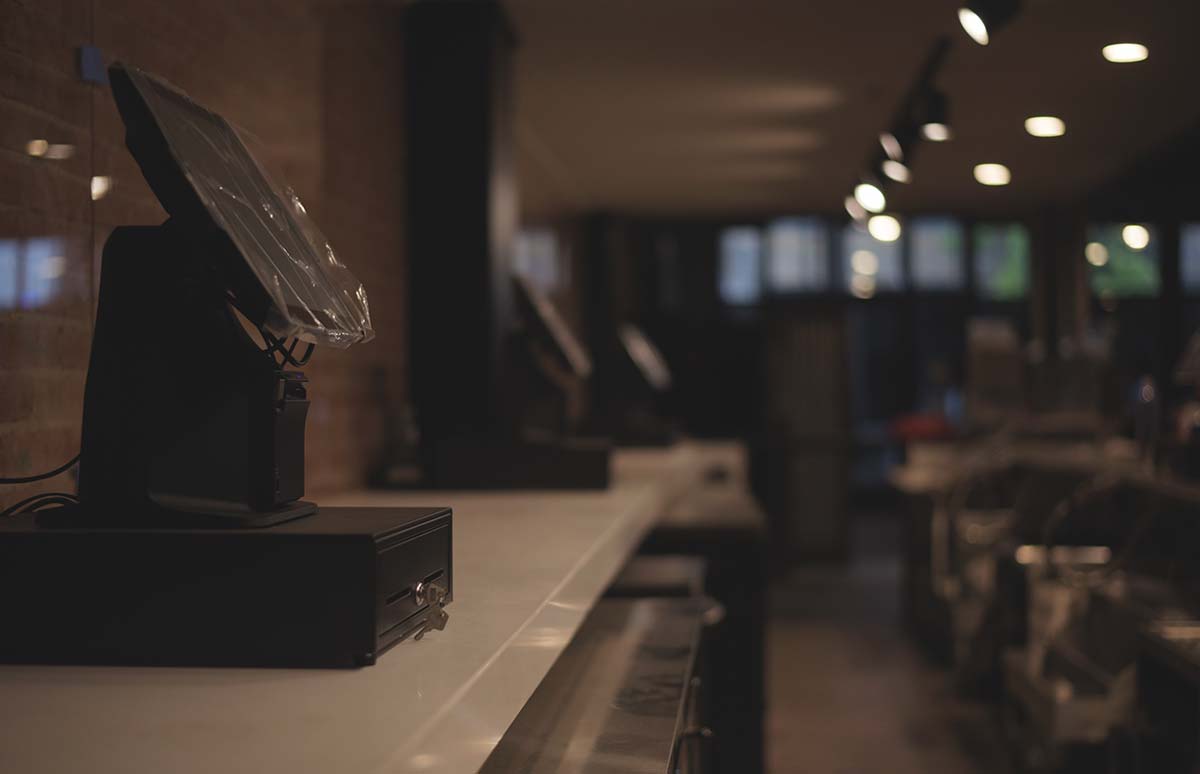 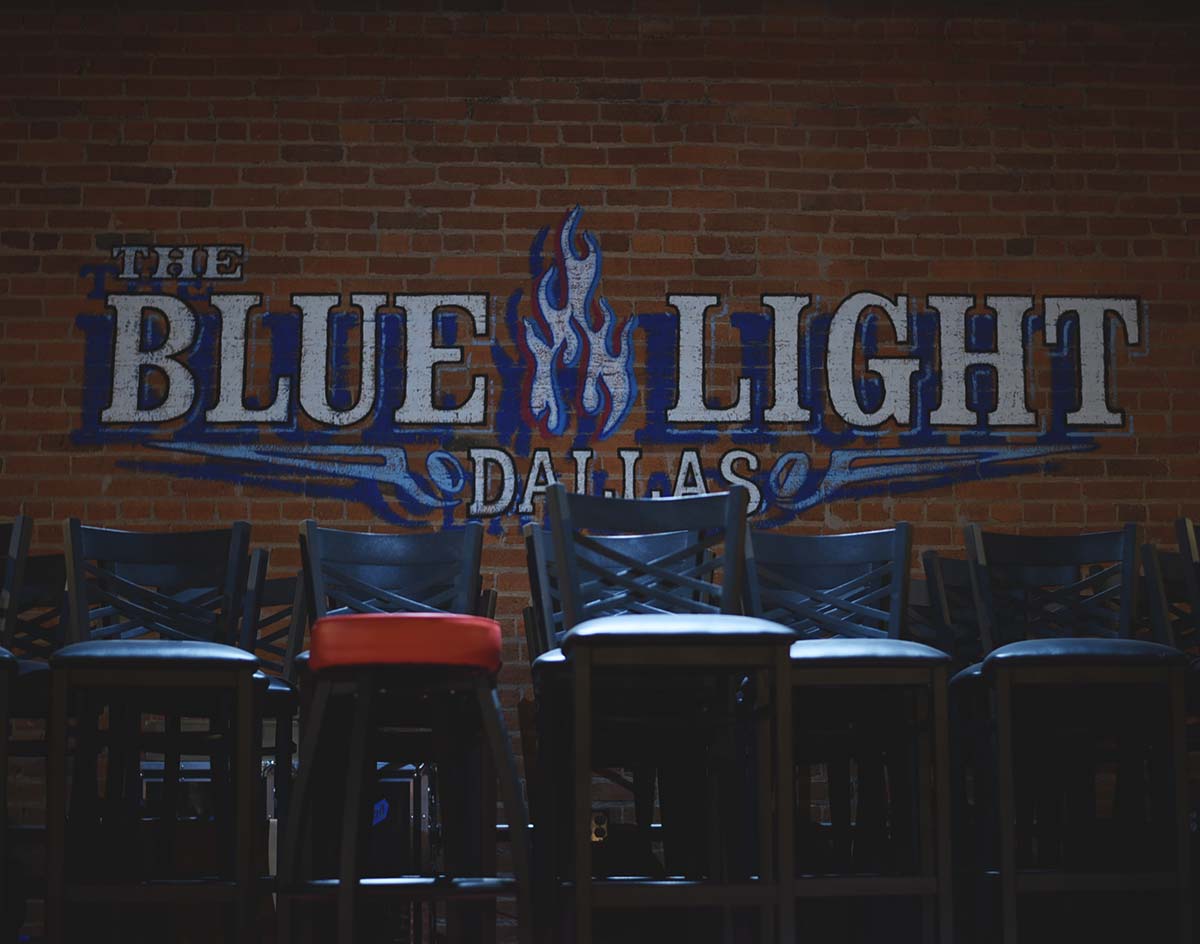 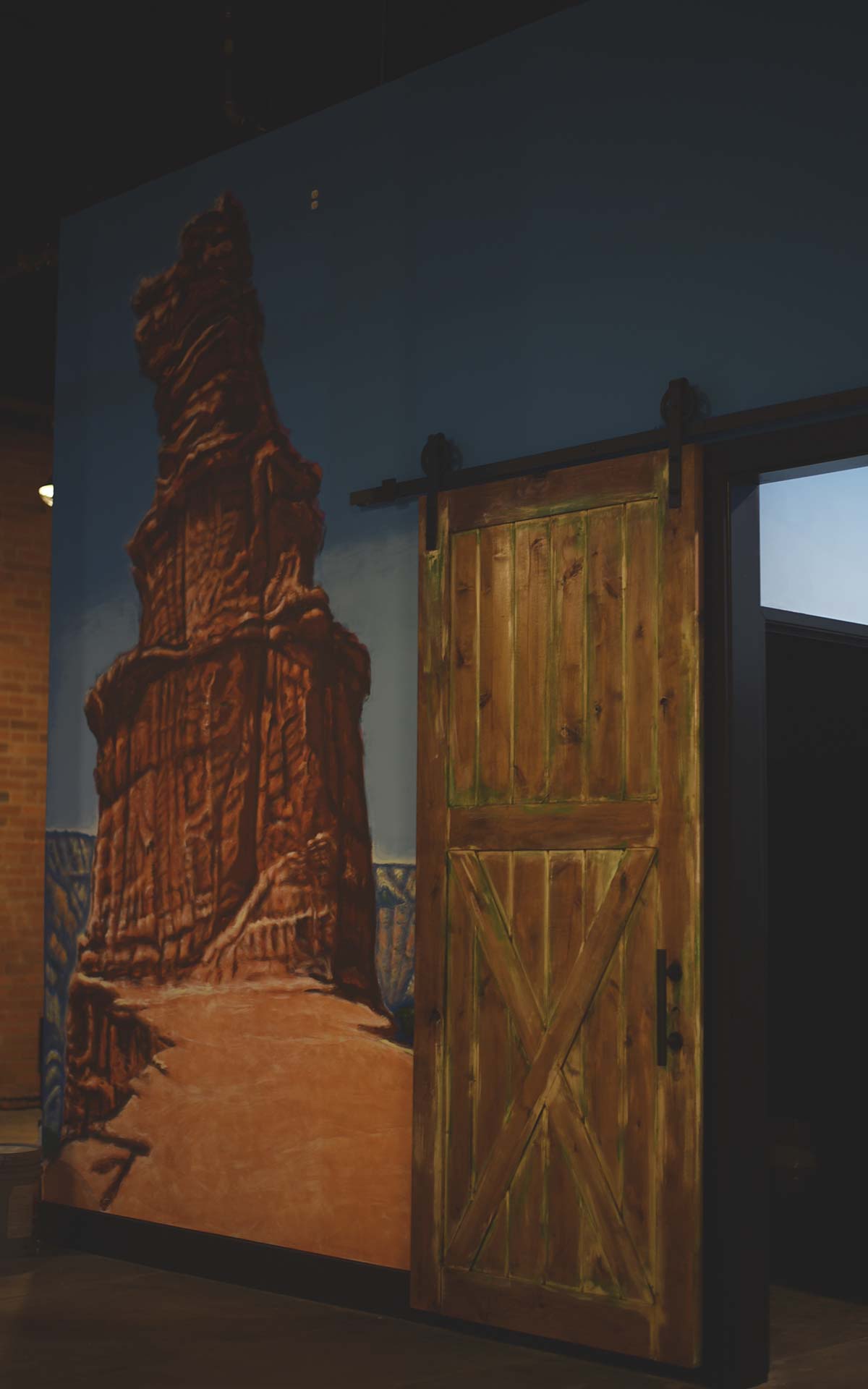 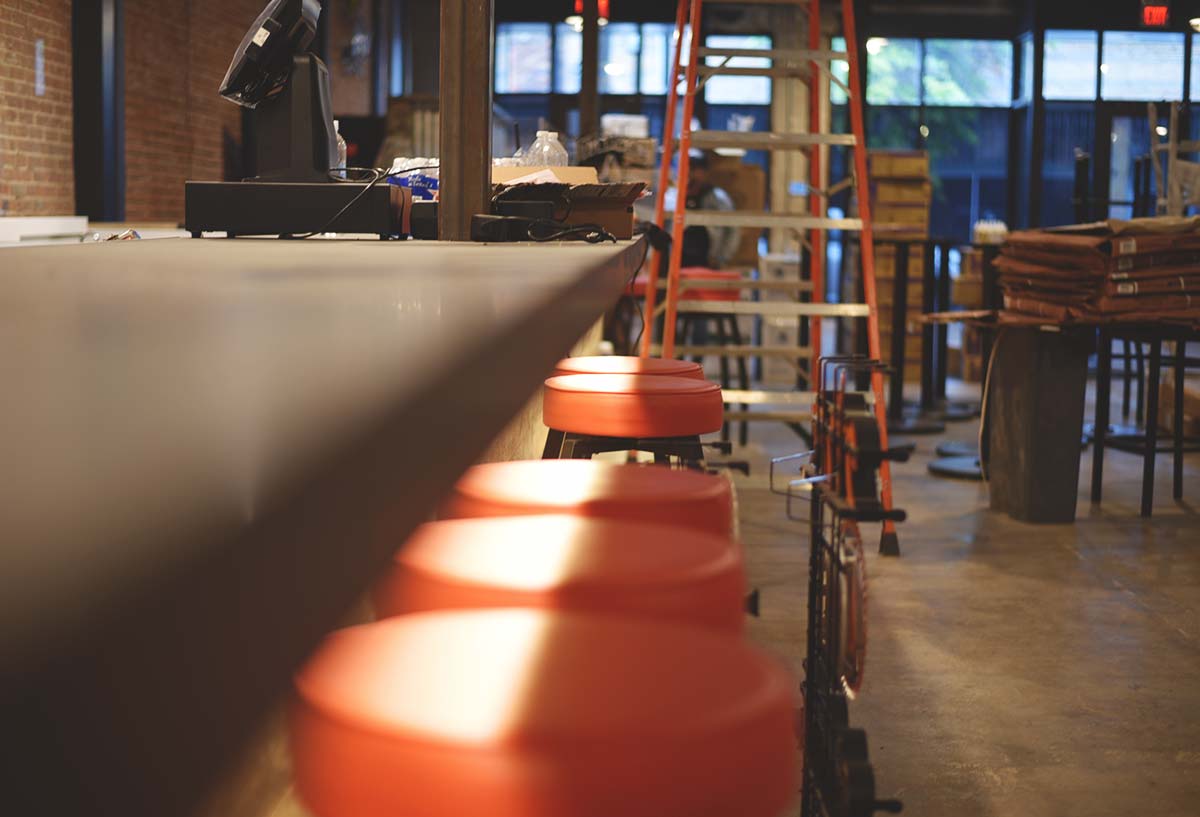 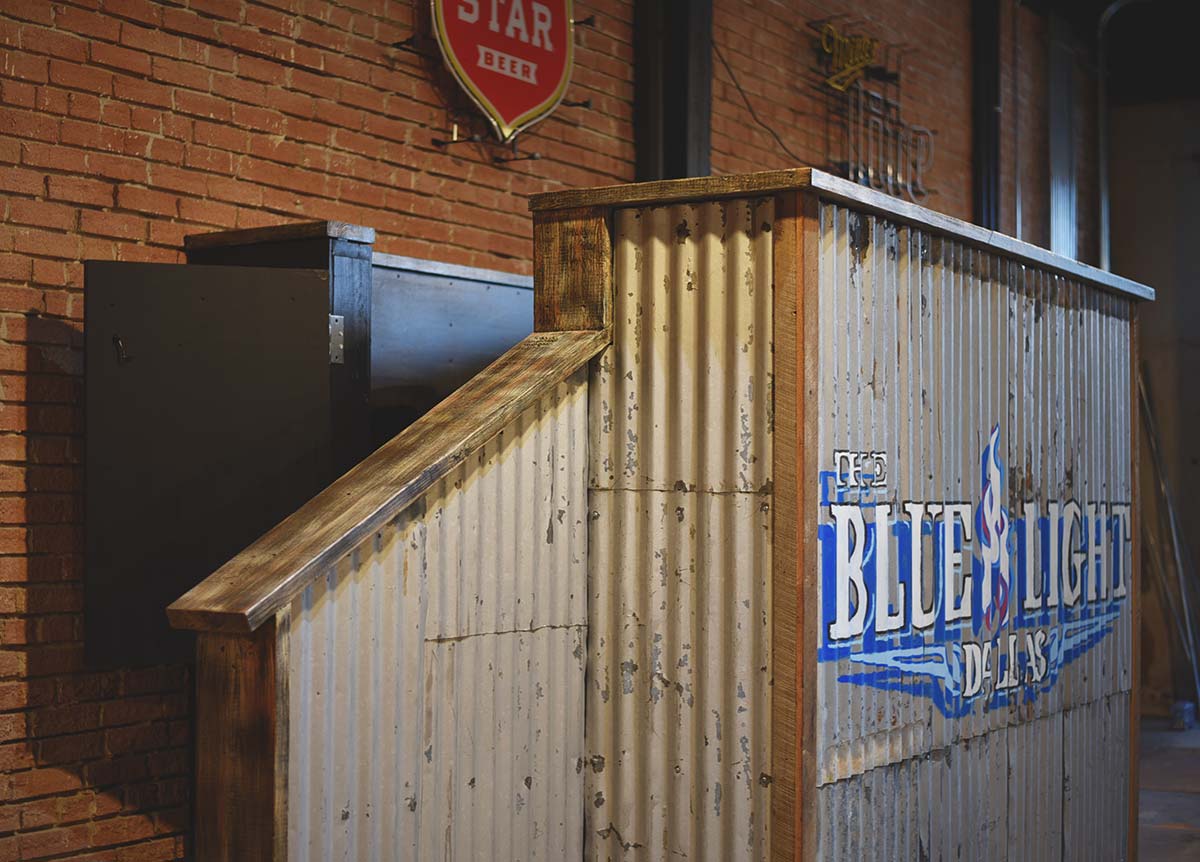 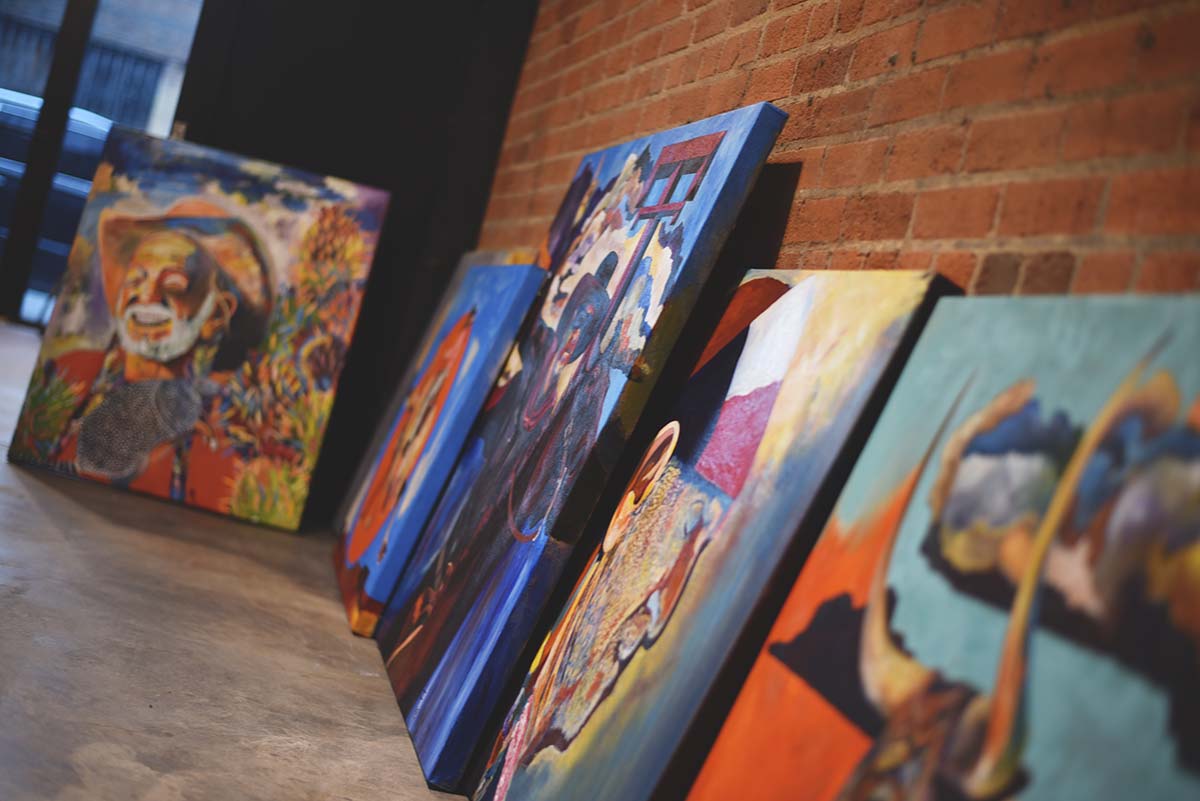 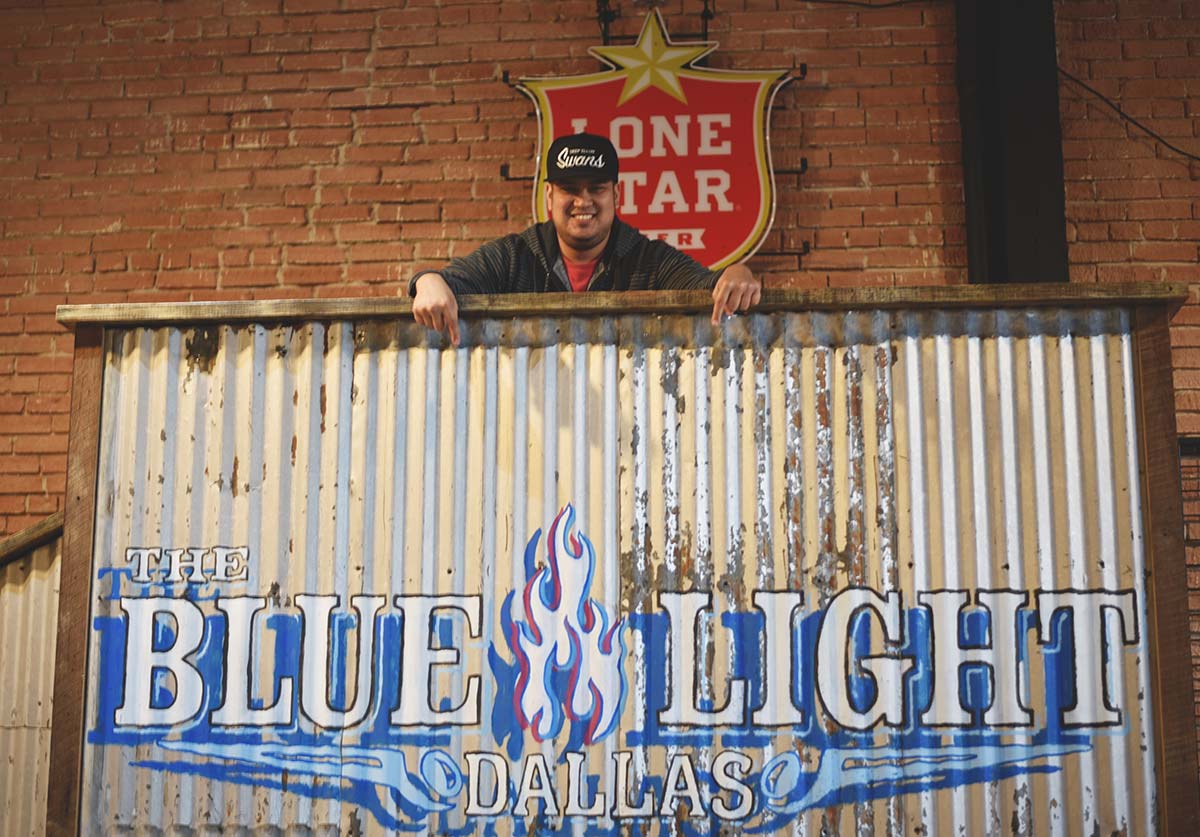 Take An Early Peek At Blue Light Dallas, Deep Ellum’s Second New Country Venue Of 2018 And An Offshoot Of The Famed Lubbock Red Dirt Spot Of The Same Name.

All photos by Laraib Khan.

In spite of all those ten-gallon stereotypes that out-of-towners like to thrust onto Dallas, there really aren’t all that many music venues found in within city limits that exclusively cater to country music performances.

In fact, until recently, Deep Ellum only boasted one such spot, the 55-year-old Adair’s saloon.

But that all changed this summer as the new honky tonk Mama Tried opened its doors in the entertainment district, and just across the back alley from Adair’s smoking patio at that. This weekend, meanwhile, the number of country-focused Deep Ellum music venues is set to increase yet against as Blue Light Dallas opens its doors at 2811 Main Street and host its first concerts.

Bigger that Adair’s (Blue Light boasts a 400-person capacity) and more music-focused than Mama Tried, Deep Ellum’s third country bar also boasts a name recognition that its competition maybe doesn’t. Over the past few decades, its Lubbock-based sister bar of the same name has become something of an institution and must-visit on the red dirt and Texas country touring circuits — a rite of passage stage in a scene that’s launched such the careers of such folks as Cory Morrow, Wade Bowen, Pat Green, William Clark Green, Josh Abbott and, more recently, Flatland Cavalry and Dalton Domino.

Blue Light Dallas’ owner Marc Torres is intimately familiar with that history, having bartended at the original Lubbock while in college. To this day, he fondly recalls being at Blue Light the night Bowen recorded his first live album, and he says it’s those types of memories that he hopes to recreate at the Dallas offshoot.

To help do so, he’s bringing a few recognizable touches along and some welcome upgrades to his version.

Along with his co-owners Derek Hunter and Lia Saa, who own the Lubbock incarnation, Torres imported many familiar aspects of the original Blue Light’s design into its Dallas build-out — elements like the Coca-Cola mural over the bar and the Palo Duro landscape mural near the bathrooms painted by No Dry County guitar player Bristen Phillips.

Other carryovers include a trio of drink specials — frozen Call-A-Cab daiquiris, habanero-infused burn shots and Chiltons (a mix of vodka, lemon juice and soda that’s become the city of Lubbock’s signature cocktail). Otherwise, Torres says the drink menu will be simple, streamlined and built to be served with speed.

Parker Morrow, who splits time playing with Red Shahan and filling the calendar at the Lubbock bar, will also operate as the talent buyer in Dallas. Similar to how The Kessler uses its ability to book bands both to its own stage and to that of its sister Houston venue The Heights, the tandem Blue Light venues hope to pair up and offer two-date Texas swings to bands rolling through the state on tour — a pretty huge advantage when it comes to booking.

While certain characteristics will surely loom familiar to fans of the Lubbock bar, Dallas’ Blue Light will also naturally feature some charms all its own, like the metalwork Torres has had installed around the bar, the wood-paneled bathrooms that (hopefully) won’t beg for the same type of graffiti treatment found in Lubbuck and the 26-by-16-foot stage, which is two feet larger in both directions than Lubbock’s performance space. The Dallas venue has also added a green room for bands, complete with a shower to boot.

Perhaps the biggest difference, though, is the presence of a small kitchen space at the front of the bar, from which the venue will serve handheld foods –think sandwiches, wraps, paninis, walking tacos, Twinkies and other items that can be eaten while standing and watching a show — right up until closing time.

Still, make no mistake, this is a bar that’s a live music venue first and foremost.

In fact, Torres says, he won’t even open the spot up on the nights where there’s no band scheduled to perform on stage. As of now, Torres says he hopes to keep his doors open Wednesdays through Saturdays from 6 p.m. to 2 a.m., with another Lubbock import, Monday night singer-songwriter events hosted by former Lubbock musician Zac Wilkerson who just moved to Dallas, helping fill up the early week calendar.

Your first chance to check out the new spot out for yourself comes this Friday, October 19, as Lubbock staple Dalton Domino headlines Blue Light Dallas’ inaugural concert. On Saturday, October 20, Denton’s Charlie Shafter will headline. Both of those shows, along with the first several shows hosted in the room, will be free to attend.

Other notable shows already confirmed to the Blue Light Dallas calendar include Adam Hood on November 2 and Austin Meade on December 14.

And even with the number of Deep Ellum country bars now set to be triple where it was at the beginning of the year, Blue Light’s ownership isn’t worried about finding its way in any suddenly crowded landscape.