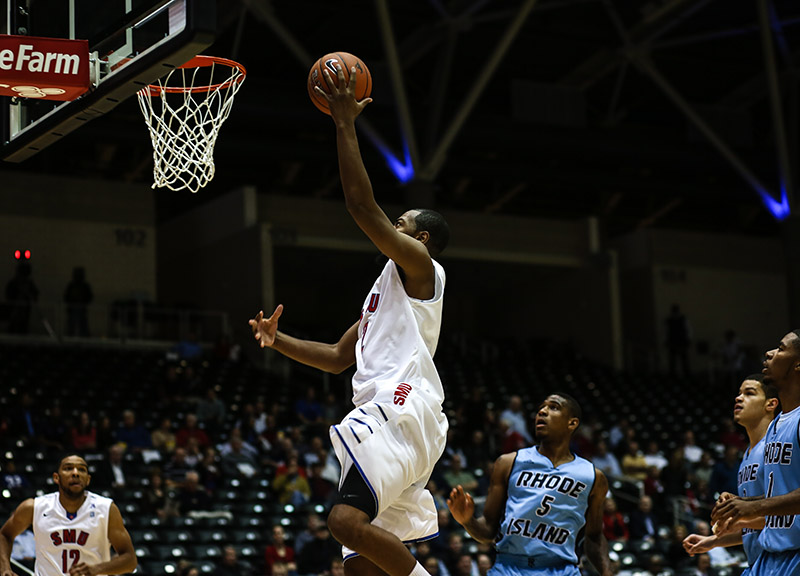 Just hours before Southern Methodist University's Monday night tip-off, the school granted the release of its 2012-13 basketball team's leading scorer and rebounder, Jalen Jones. A few days earlier, Jones had made his frustrations rather clear, announcing via Twitter his plans to transfer.

What would seem to be a major loss, however, is so far going unnoticed. Last night, second-year SMU head coach Larry Brown's first real recruiting class proved itself deep and talented as the team cruised to an 89-58 win over the University of Rhode Island, moving to 2-0 on the young season.

Over the course of the game's 40 minutes, each of the 14 players on SMU's roster made it onto the floor and all but two scored, with the bench accounting for 42 points of the team's points — the most an SMU bench has put up since 2011, before Brown's arrival on campus.

“We're more than 11 deep,” Brown said after the game. “I'm a little nervous because I find myself struggling to figure out who to play.”

Once the Mustangs took a comfortable lead following a 13-4 run to close out the first half, Brown was able to work in his bench and later said he was impressed with the contributions he received — especially from freshman forward Ben Moore who shot 66 percent from the floor en route to scoring 13 points and grabbing 9 rebounds in 19 minutes of play.

“I may be a bit partial, but I think Ben's gonna be special,” Brown said. “He doesn't even know how good he is.”

Forward Shawn Williams too noted that it feels like a new team. And it really does: Point guard Nic Moore, who sat out last season after transferring to SMU from Illinois State, led the Mustangs in scoring for the second game in a row, registering 20 points while shooting 4-4 from the three-point line.

With the win, Larry Brown moved to .500 as head coach of the Mustangs with a combined record of 17-17 since taking over the program before last season.

While technically a home game, last night's win didn't come on SMU's home floor at Moody Coliseum. With the team's home arena undergoing a $47 million renovation, last night's game took place at the Curtis Culwell Center in Garland, which will serve as the Mustang's home court until construction is complete at Moody. The team's first game of the season took place on Friday night at the American Airlines Center as part of that Victory Park venue's tripleheader “Buckets and Boots Showcase.” SMU won that season-opening game 69-61 over rivals Texas Christian University.

It's early in the season, sure, but Brown has a long history of turning struggling teams into winners. And, for now, the new-look Mustangs seem to be reaping the rewards of Brown's already-Hall-of-Fame-honored methods.

SMU forward Shawn Williams (2) scores a layup early in the first half against Rhode Island.

Rhode Island forward Gilvydas Biruta (55) fouls SMU guard Nick Russell (12) as he attempts a layup in the second half.

SMU center Yanick Moreira (35) attempts a floater in the lane against Rhode Island.

SMU guard Ben Moore (34) dunks twice in the second half against Rhode Island. 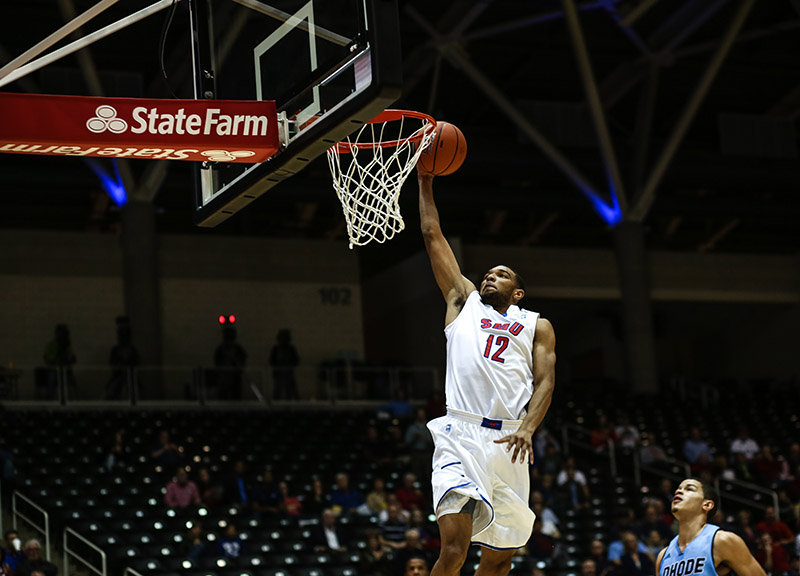 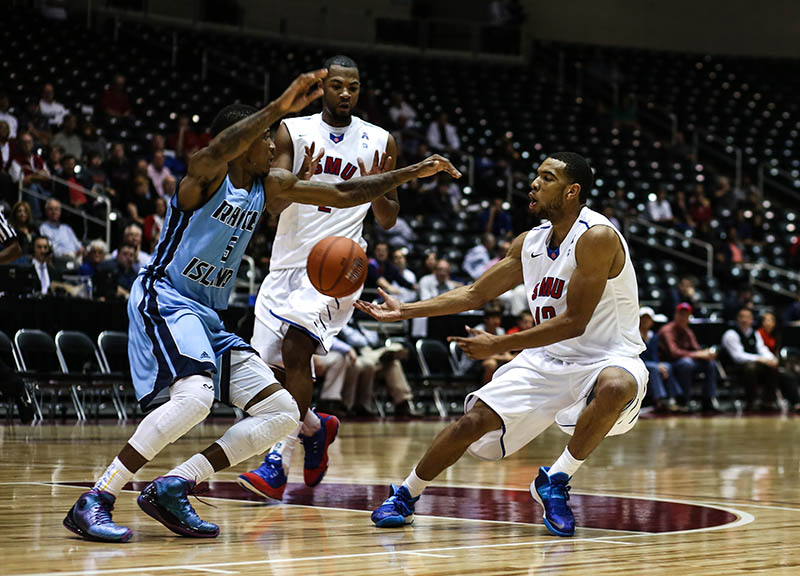 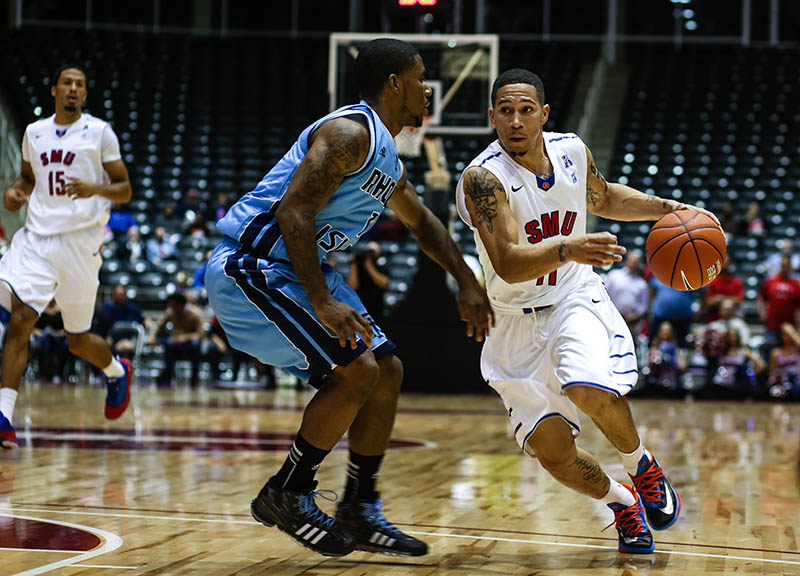 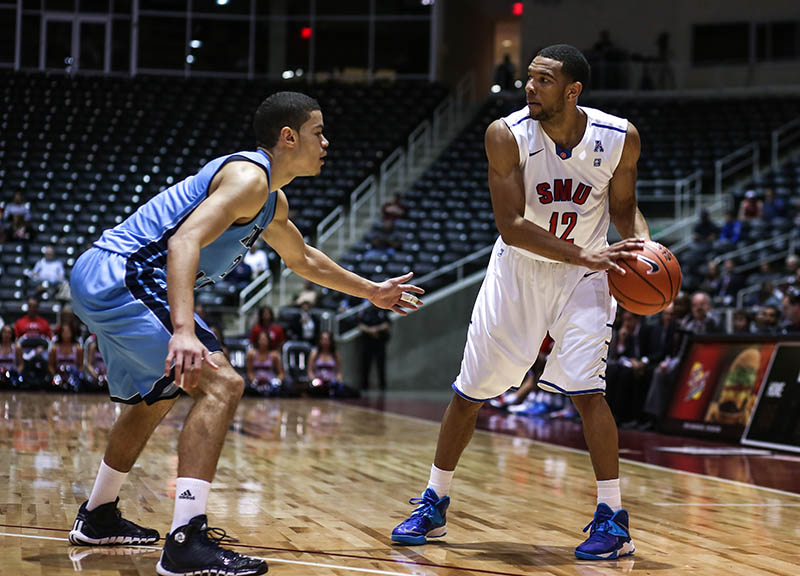 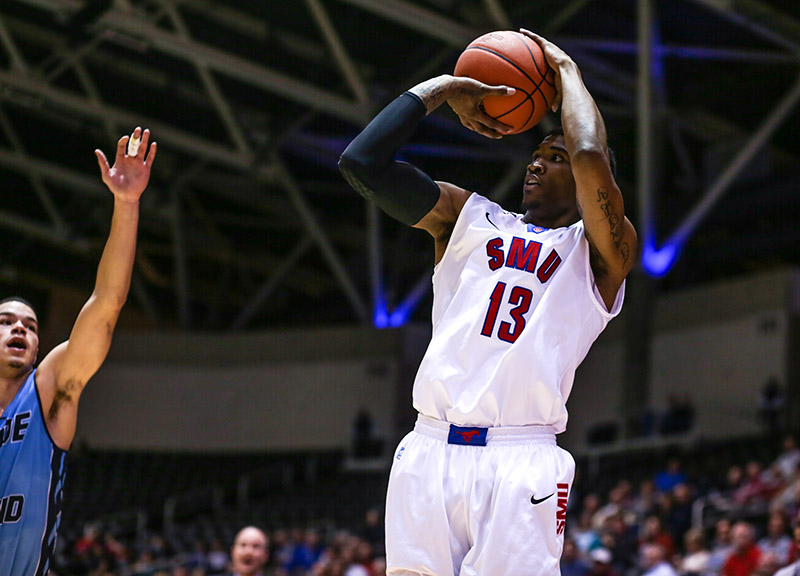 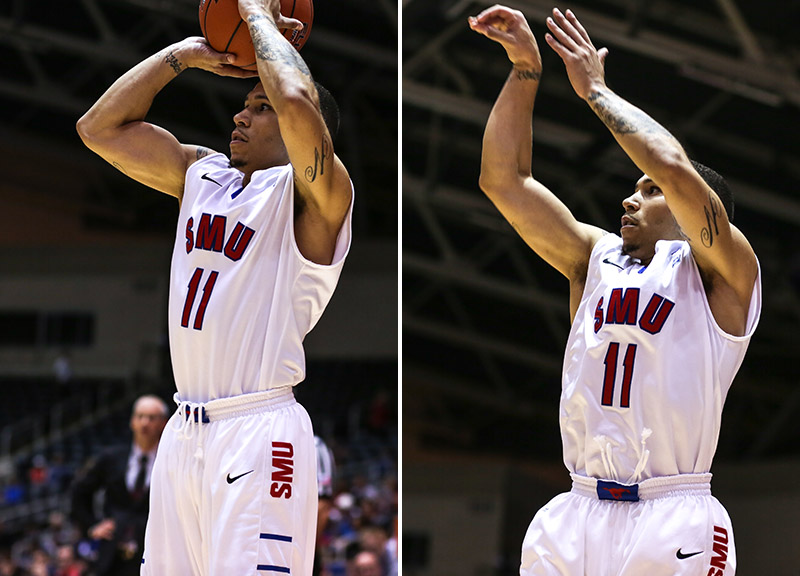 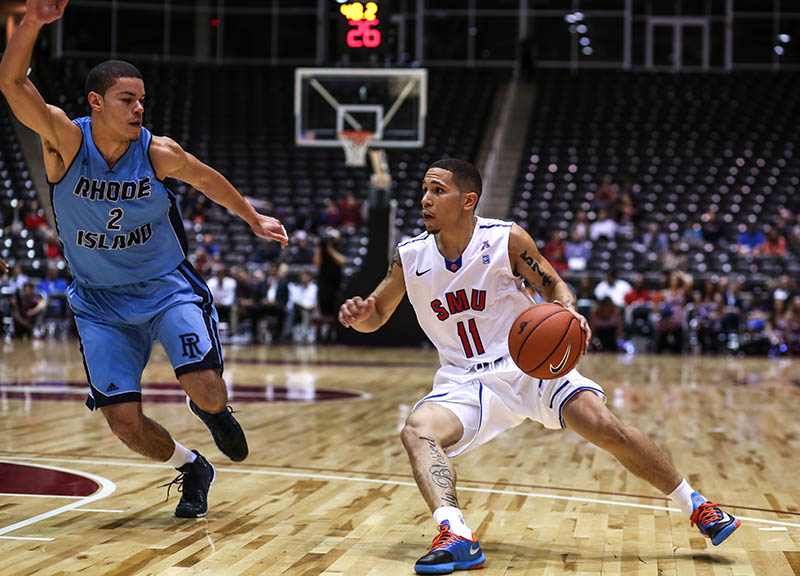 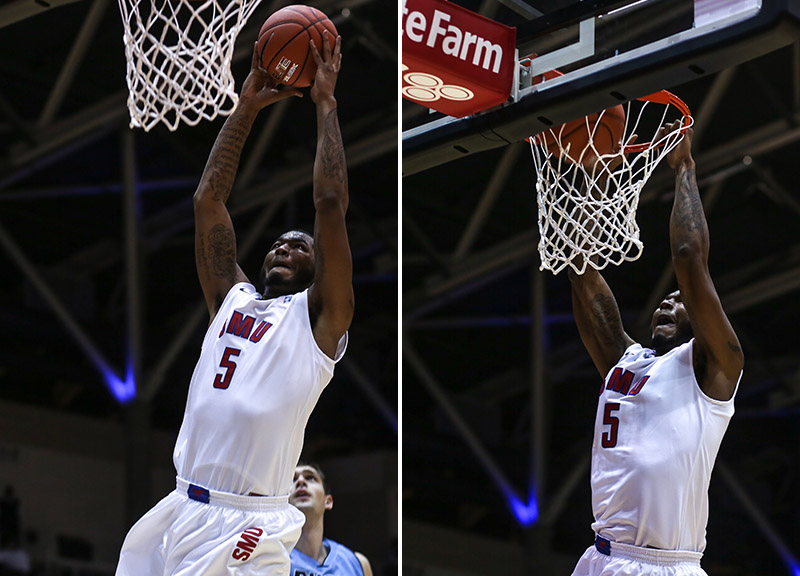 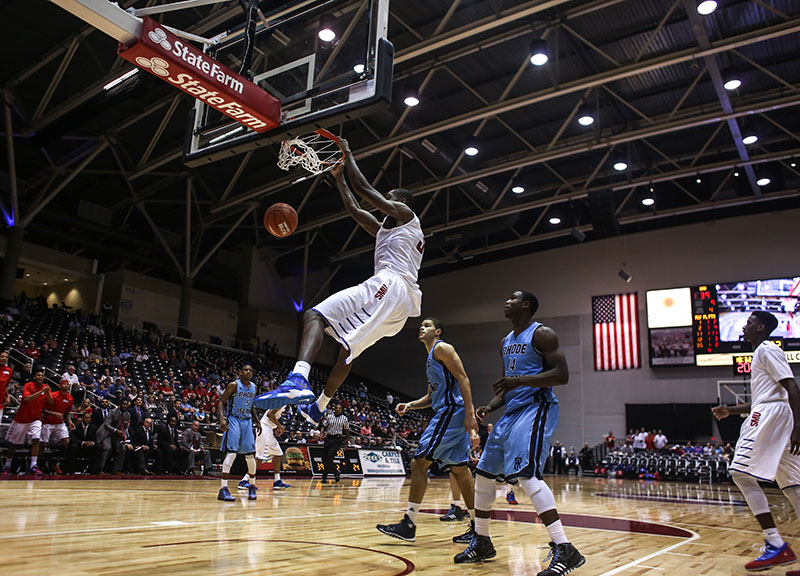 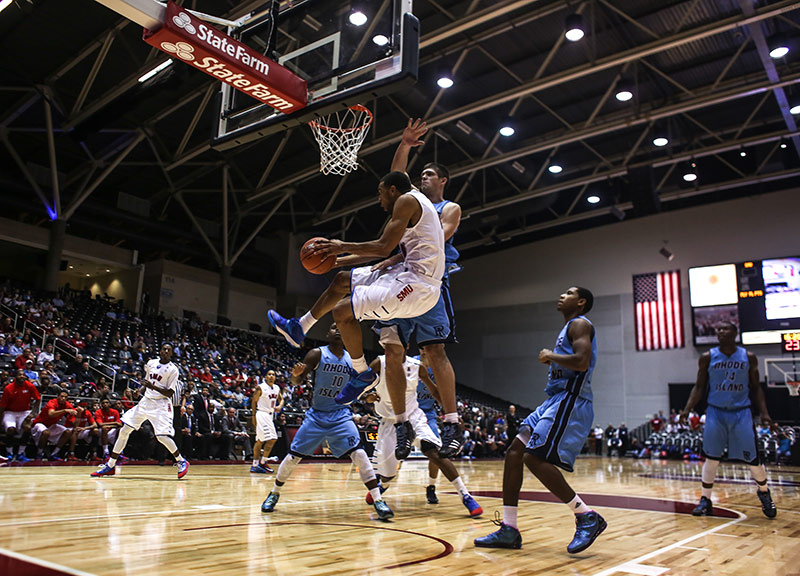 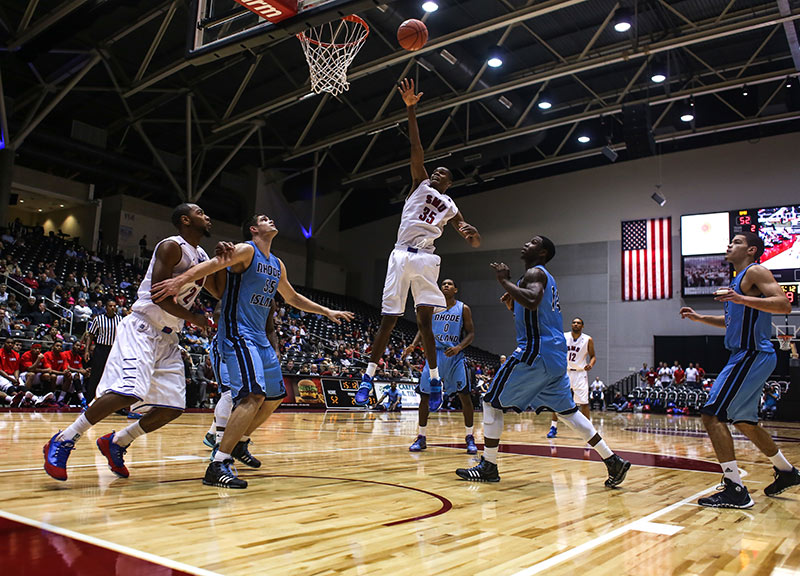 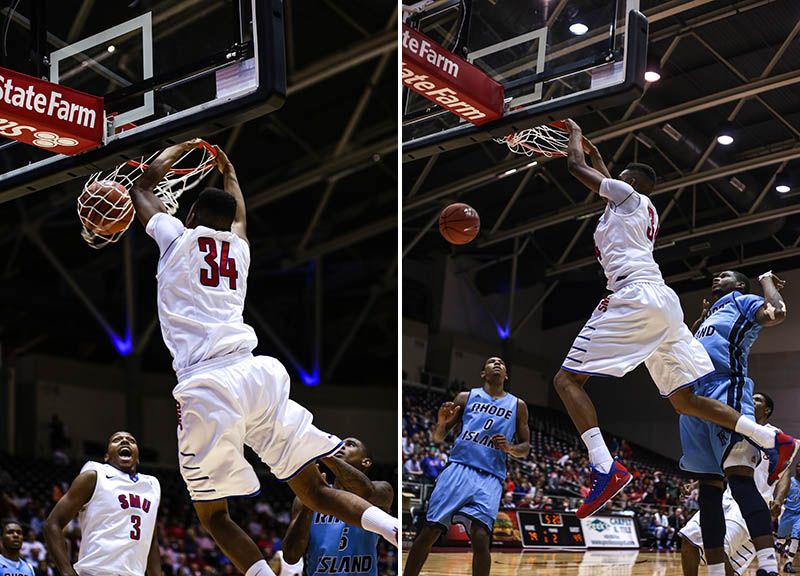 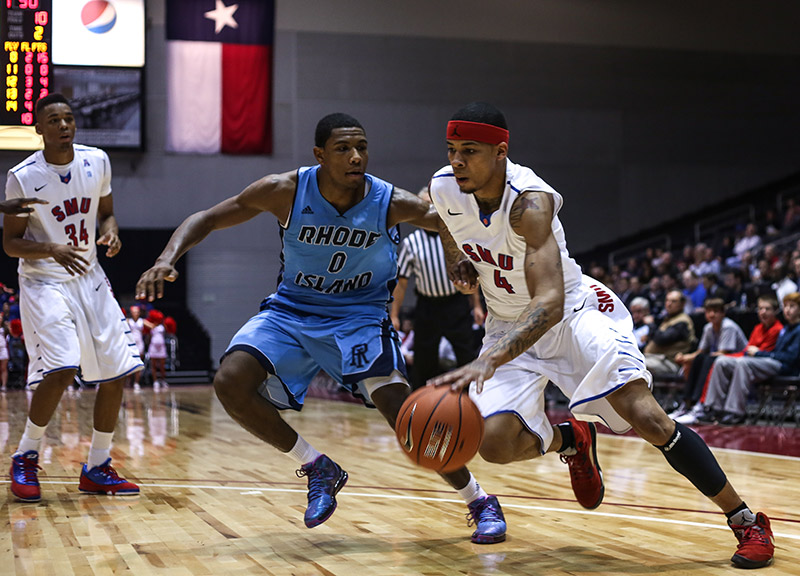 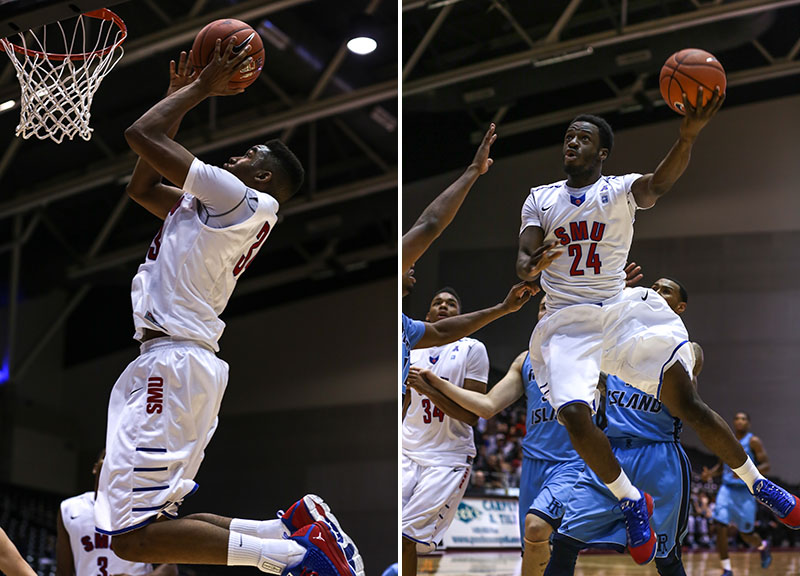