Oh, Like You’re Not Going To See The Fate Of The Furious. 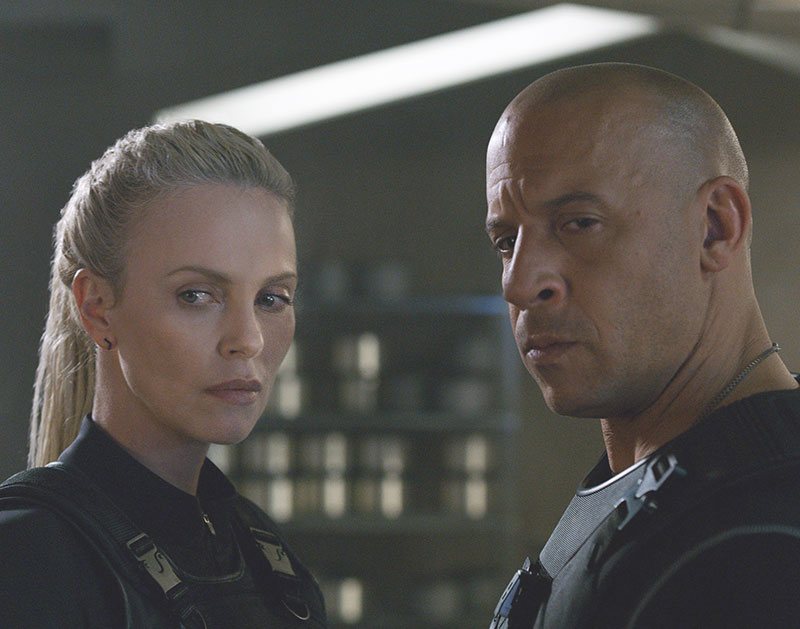 The Fate of The Furious Is Everything You’d Hope It Might Be, Which Is To Say That It’s Super Dumb But Also Really Fun.

Coming off of Furious 7, the strongest and most emotionally resonant installment that The Fast & The Furious franchise has offered to date, The Fate Of The Furious clearly has some big shoes to fill and plenty to prove — and not just because it’s the first film in the series to come following the sudden death of star Paul Walker, although that’s certainly not making things any easier.

But from the film’s opening scene, which is filled with the oh-so-gratuitous butt-jiggling that has become every bit a hallmark of this series as its souped-up rides are, and running all the way through its last pan-out shot, the movie never lets up on the pedal-to-the-metal energy that fans of the series have come to expect from the FF films.

No doubt, that’s part of where F8 succeeds: It knows exactly what its fans want it to be, and it pulls off what it needs to be with aplomb. As one might anticipate, it is quite simply a very well-crafted blockbuster action film.

Is it perfect? By no means. F8 suffers a bit from its lack of memorable locations, as the film sacrifices its predecessors’ Tokyo, Spain and Abu Dhabi settings for locations in Cuba, New York and Iceland. Also not helping matters is the fact that newcomer Charlize Theron, while a very serviceable villain here, is a bit outmatched considering she’s joining an an entire roster of bad guys in this film, and one led by Jason Statham of all people. Her world-ending motivation is also convoluted at best, revolving around acquiring the most nuclear footballs, Russian submarines, EMPs and other world-ending cliches that she can. In a twist, the real bad guy here is Vin Diesel’s Dom, who betrays his ragtag “family” due to a plot point that, honestly, feels rather forced — although, to be fair, it’s not quite as forced as the techno-babble that comes in the final showdown between Theron’s Cypher and Nathalie Emmanuel’s Ramsey.

But those are just small flaws set against a sprawling landscape where, for two hours, the world again seems like just an open road, the fear of World War III is but a fun fictional plot point and not something that we get tweet alerts from the President about, and all of your favorite car-driving action stars are back to their old entertaining selves. Hell, even the newcomers fit the right molds: Returning as Mr. Nobody, Kurt Russell returns here to chew scenery and bring along his newest trainee, Scott Eastwood’s creatively named Little Nobody, who slides in with the team just fine despite a lack of history with the cast.

At two hours and 40 minutes long, is there any possible way that entire run time of The Fate of the Furious could hit audiences with the same emotional appeal as the last 15 minutes of Furious 7? Hell no. But it’s still a worthy successor to the films that came before it, joining that upper tier of Tokyo Drift, Fast 5 and Furious 7 in series history.

Is it good? Yes. Is it great? No. Is it something worth seeing alongside old friends who you can excitedly squeal with every time there is an explosion or whenever 500 cars in New York City suddenly become controlled by an evil computer program? Absolutely. Is it a movie to be seen from the front row of a theater, while clutching an $8 bottle of Corona and playing a drinking game where you take a gulp every time someone gruffly says the word “family”? One million percent, yeah.

Like the rest of the films in the series, F8 is big, dumb fun. You’re going to see it. And, after you do, you’re going drive home with a little more pressure on the gas pedal, your heart pumping a little faster and your eye on your rearview mirror, constantly keeping a watch out for blue and red flashes warning you that you’ve gone a little too fast.

In other words: It’s everything you’d hope it would be.