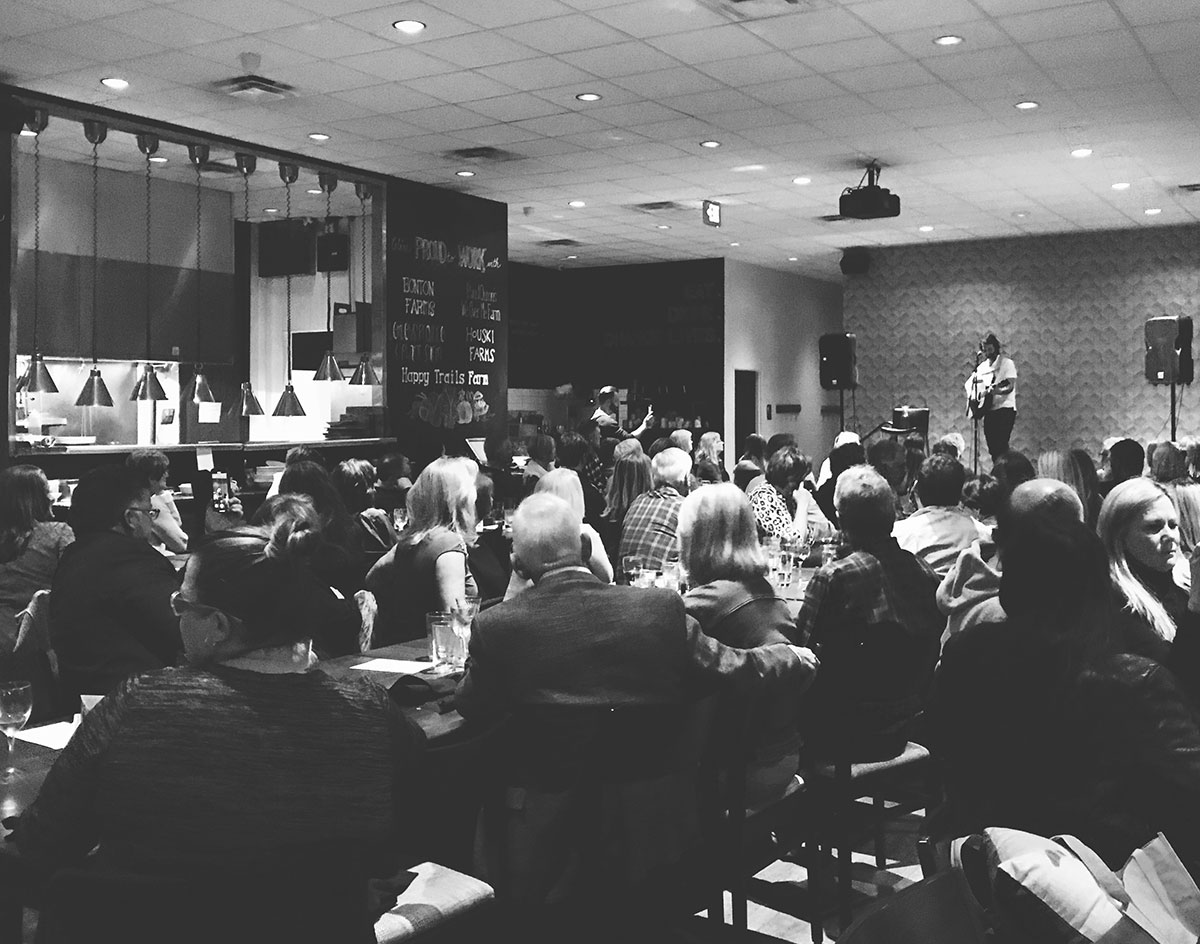 Eric Nadel, The Radio Voice Of The Texas Rangers For More Than 30 Years, Tells Us How He Got Into The Business Of Arranging Charity Concerts At Cafe Momentum.

Welcome to The Quickie, our new series featuring a short ‘n’ sweet, quick ‘n’ dirty interview with a local small business owner, chef or creator making waves in the community.

Had you been, you’d know that the eatery has been doing some truly amazing things for the community since 2011, when it first began as a series of pop-up dinners around town, and that its profile and reach have only increased since it opened its storefront in Downtown Dallas’ Thanksgiving Square in early 2015.

You’d also know how Cafe Momentum model — that it’s more than an acclaimed restaurant, since it acts as an internship program for formerly incarcerated youth. You’d also know that this program — through which it teaches these troubled youth how to work, how to interact with customers and, most important, how believe in themselves so that they can build fruitful lives outside of the prison system — is an effective one.

What you might not know, though, is that Eric Nadel, the radio voice of the Texas Rangers for more than 30 years at this point, is a big fan of the restaurant and its efforts.

That in and of itself is not a shock: If Rangers fans know anything of Nadel’s passions outside of the broadcasting booth, they know about his love for music and charity. But this might be a surprise for some folks to hear: Nadel is now teaming up with Cafe Momentum to combine his love of music and charity with a series of benefit concerts and dinners he’ll host at the restaurant.

On one Sunday each month through at least September — February 25, March 25, April 22, May 27, June 17, July 22, August 19 and September 23 have all been confirmed as upcoming dates for the series — the broadcaster will host Eric Nadel’s Sunday Supper Concert Series at Cafe Momentum, where diners will be treated to a concert, a family-style dinner featuring courses inspired by the night’s performers, and complimentary beer and champagne, all for $85 a ticket and all in the name of charity.

Last month’s event featured a concert from Ohio-based singer-songwriter Griffin House and included dishes that reminded House of his upbringing in the Midwest, such as fried chicken, a green smoothie and crème brûlée. The series returns this Sunday, February 25, with two performers — Dallas’ own Emily Elbert and Kirk Thurmond — sharing the bill. Tickets are still available here.

Following the series’ kickoff, Nadel was kind enough to answer a few questions for us about his passion for Cafe Momentum, for music and for charity.

OK, so, first of all, what can you tell us about the supper series itself?
I was told that Chad Houser was a baseball fan — but, when I first went to the restaurant, all we talked about was music. He asked me if I would help him stage a monthly Sunday Supper Concert series, and I thought it was a great idea. Incredible food cooked family-style followed by a musician who I get to choose? How could I turn that down? I booked the musicians for Vagabond on Lower Greenville for two years and have missed doing that since the bar was sold. The two dinners we have had have more than lived up to my expectations, both in musical and culinary terms. The communal vibe has been something really special.

How did you select the entertainment for these dinners?
I book who I like. Everyone I have chosen is a favorite of mine. Some played at Vagabond. Others I have seen at the Kessler or other venues. Since the shows are acoustic in a small, intimate room, the artist’s style is crucial to fitting in with the vibe we are creating. But it’s safe to say that every artist is someone who I want to see performing. And most of them I know personally, so I know they will appreciate what Cafe Momentum is doing.

You’ve been involved with other charitable and local causes throughout the years, including the effort to create the White Rock Dog Park and your other work in helping homeless teens. What made you want to work with Café Momentum specifically?
What Cafe Momentum is doing with these kids is absolutely miraculous. Turning lives around — literally saving lives — and training kids not just in the restaurant business, but in life skills and values? Even if their food wasn’t astonishingly delicious, it would be a project I want to support. I have worked for a few years with Focus on Teens, which supports homeless teens attending schools in DISD. This is sort of related to the work we are doing there.

OK, last question: What’s more exciting: Watching Nolan Ryan on the mound or watching Chad Houser in the kitchen?
Nolan was more dynamic, but Chad is more dangerous. After all, he has knives.

Know another food business worth highlighting in this space? Get in touch with foodbitch! Like a good cover band, she takes requests.