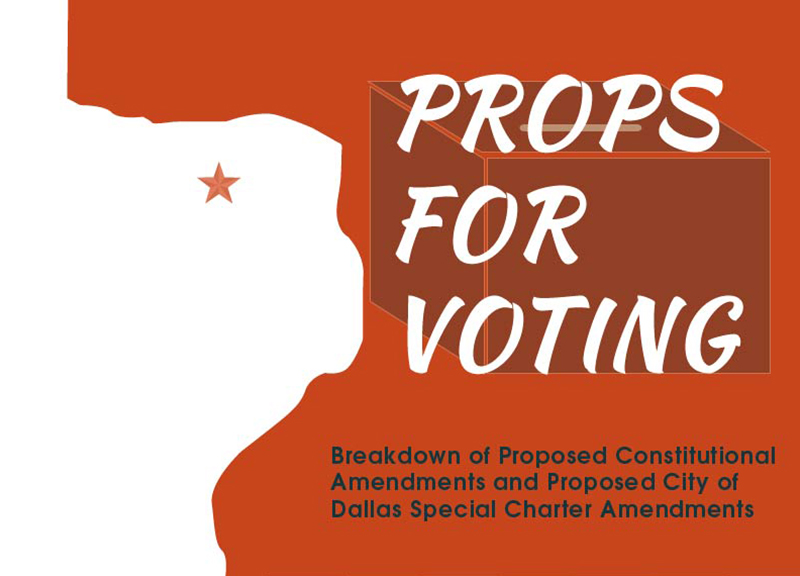 Dissecting The Somewhat Confusing Propositions On This Year's Ballot.

We get that voting can be a drag. We really do.

The lines generally suck and the ballots tend to be pretty confusing. Worse, some of the things on there — the propositions, mainly — get such little coverage in the media that they often seem to come out of left field once you enter the booth. Worse, the wording on these just-as-important questions almost feel intentionally confusing, as if they're meant to trick you into voting one way rather than another.

But, as we noted just last week, you shouldn't let that scare you away from making your voice heard.

Still, we understand that it can sometimes be an intimidating prospect. To that end, we've put together the below guide to the ten propositions that all Dallas residents will be voting upon tomorrow — one statewide prop and nine city ones. Obviously, there are intricacies to each and every one of these issues beyond what we've covered here. If you're curious about more information on any of them, we recommend doing your due diligence and properly researching these matters elsewhere. That said, the below guide should at least give a cursory understanding as to what your votes will mean tomorrow. And that, at least, is better than nothing.

See also:
• Election Guide, Part One. // Breaking Down The Biggest Races In This Year's Elections..
• Cast Away. // We Recommend Voting.

All graphics by Patricia Gonzalez. 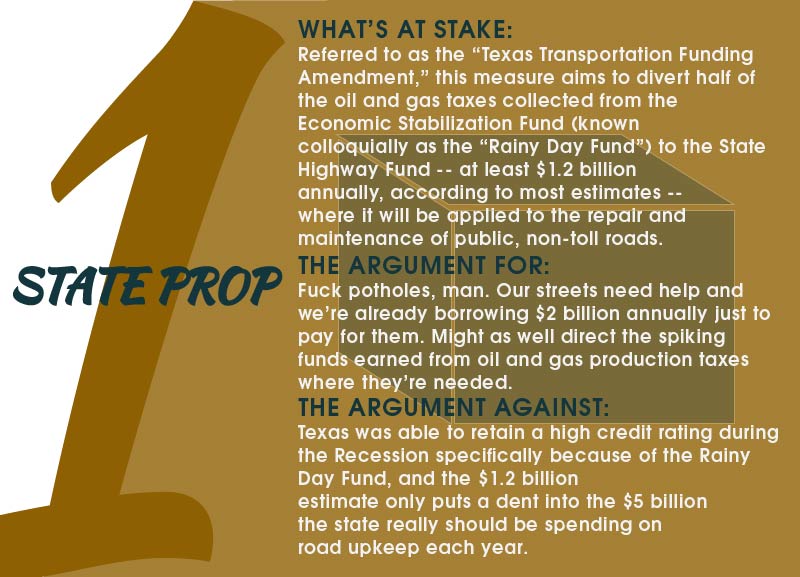 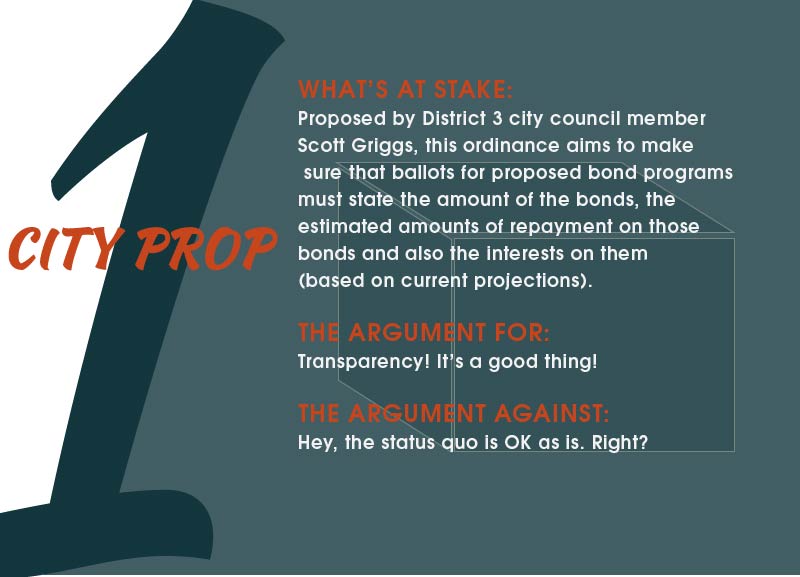 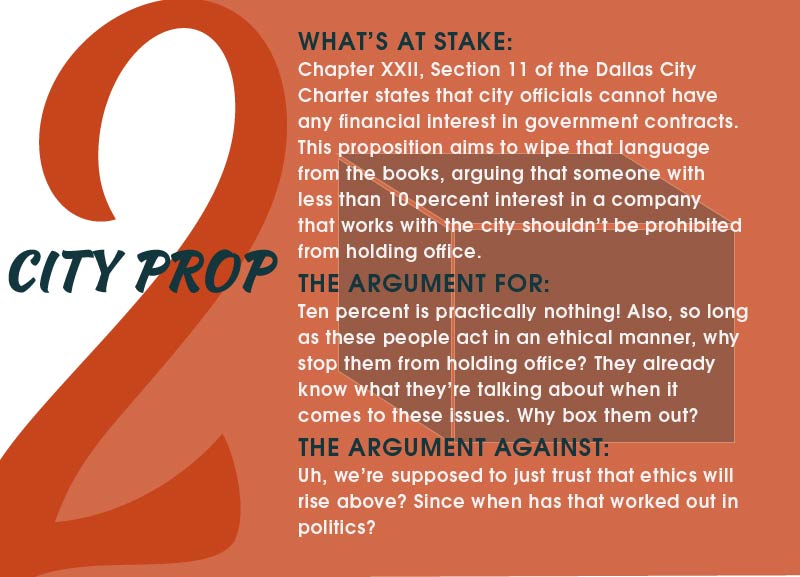 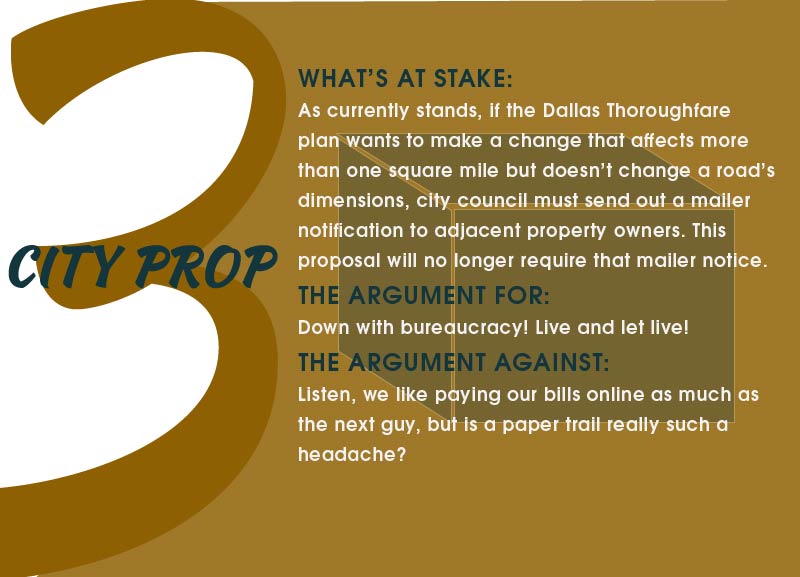 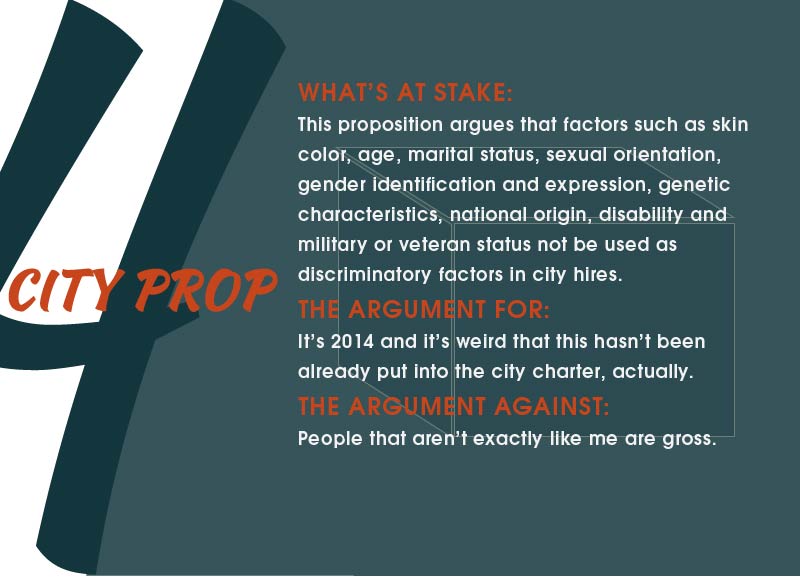 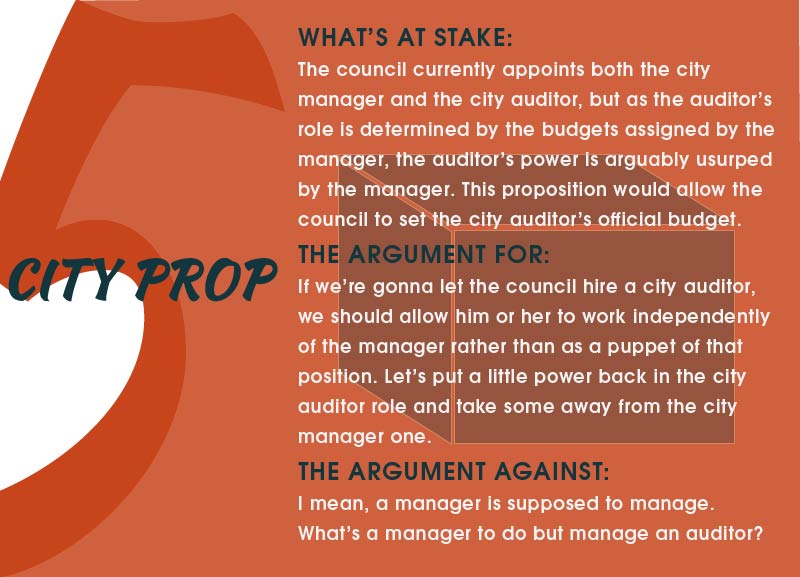 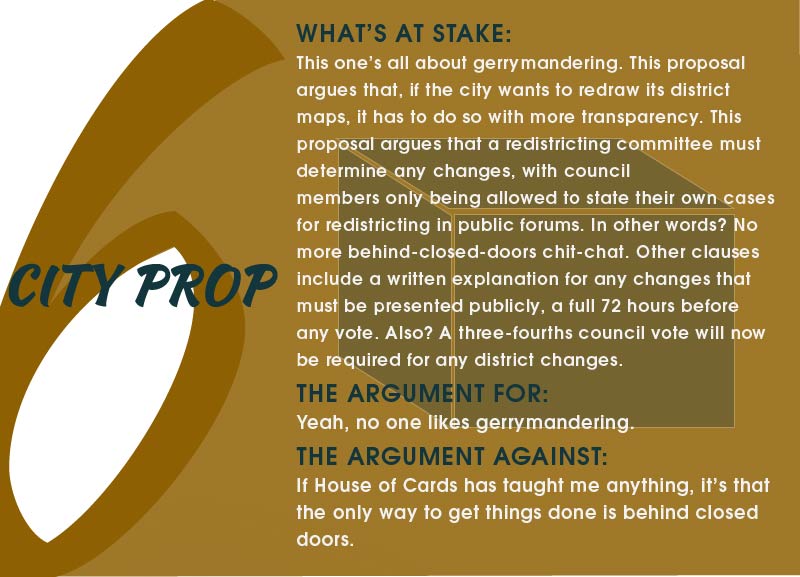 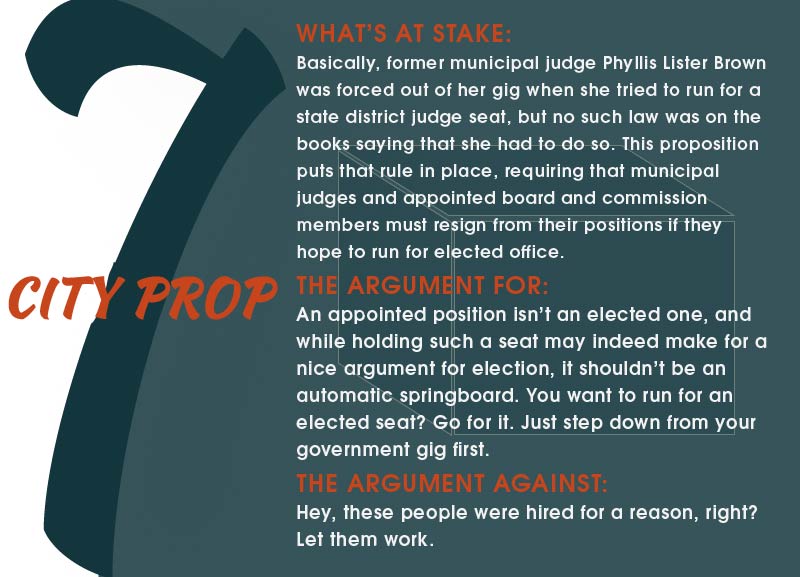 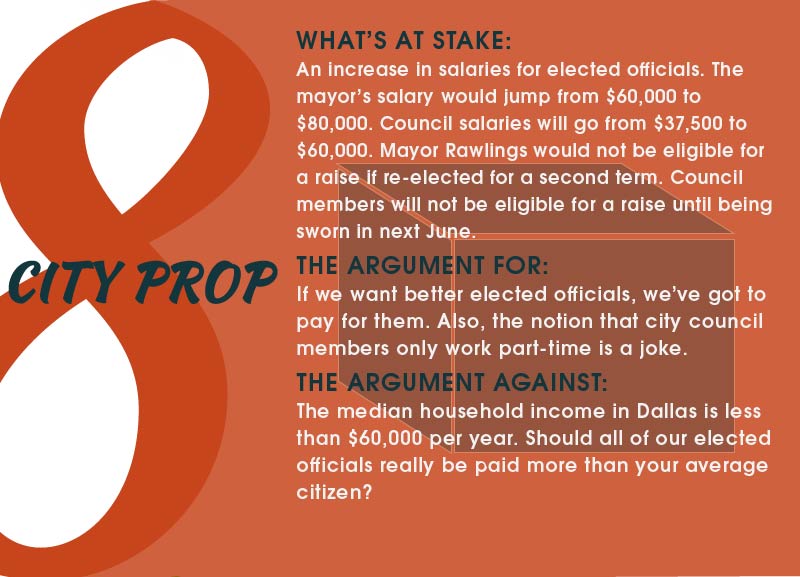 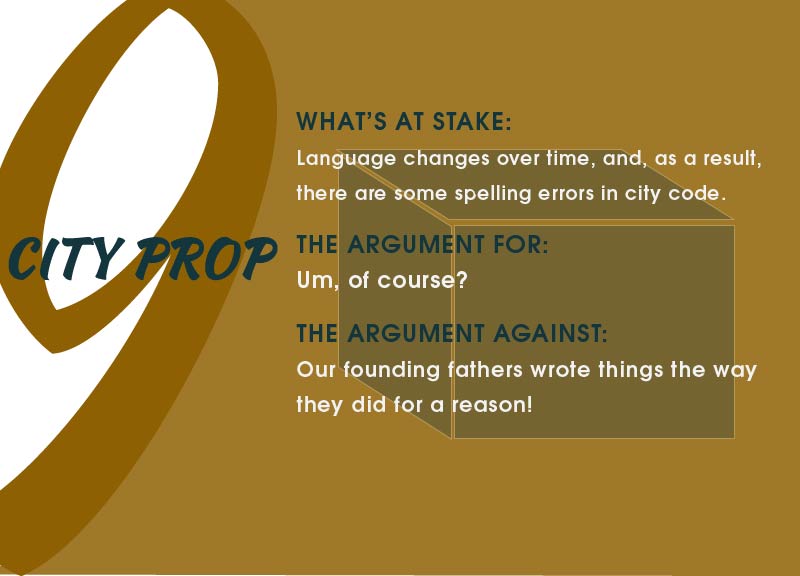