Eat or Get Ate. 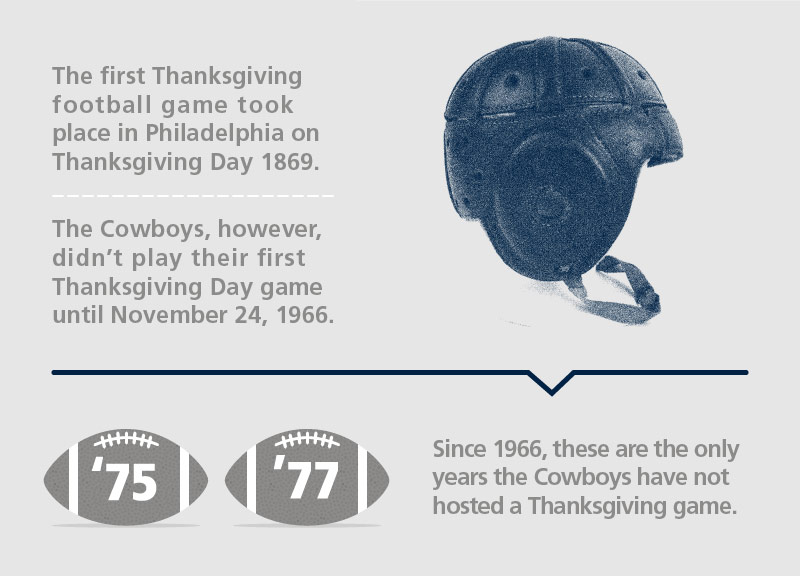 In 1966, Tex Schramm, the marketing genius and creator of the Cowboys' Cheerleaders, saw a chance for his team to really step into the national spotlight by having the Dallas Cowboys play an annual football game each Thanksgiving.

The league wasn't too sure about letting Schramm have his way, of course. But as was so often the case, they let Schramm try out his experiment anyway. And, turns out, the gambit worked: That first Thanksgiving Day game found the Cowboys breaking what was then their single-game attendance record, as over 80,000 fans flocked to the Cotton Bowl to take in the spectacle.

The rest, as they say, is history.

Since that 1966 game, a Cowboys football game has become a national Thanksgiving Day tradition. Along with the Detroit Lions, who had already been playing on Thanksgiving since 1934, the Cowboys essentially own the holiday's football market. Only twice — in 1975 and again in 1977 — have the Cowboys not played while families across the country downed their turkey dinners.

So now, with all those games under their belt, we thought it would be fun to dive into the stats and facts of the Cowboys' Thanksgiving Day games.

Interestingly enough, this year's game against the Raiders is the two teams' first regular season match-up in four years. Their last meet-up also happened to fall on a Thanksgiving Day game — back in 2009.

So enjoy yourselves as you give this infographic a read, and let's give thanks, too, for being able to see our hometown heroes in the national spotlight each and every Thanksgiving.

Remember: It's not whether you win or lose on Thanksgiving. It's how well you distract fans from their families. 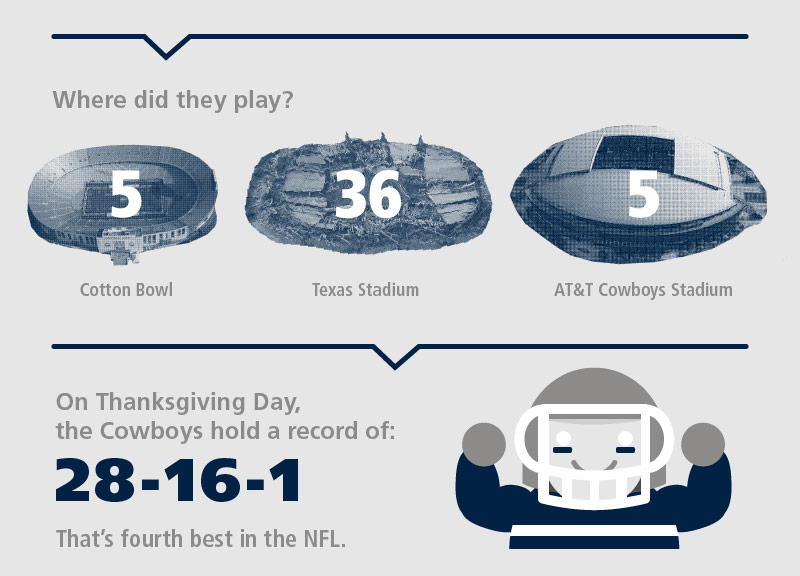 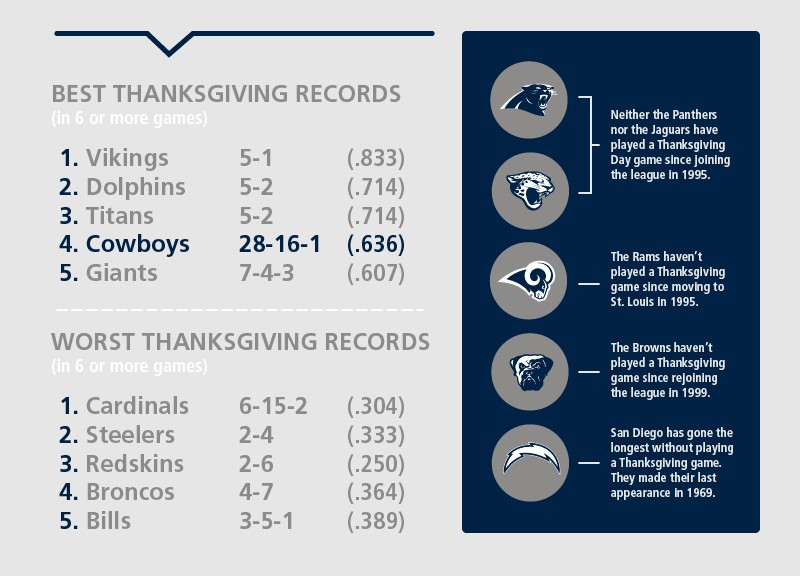 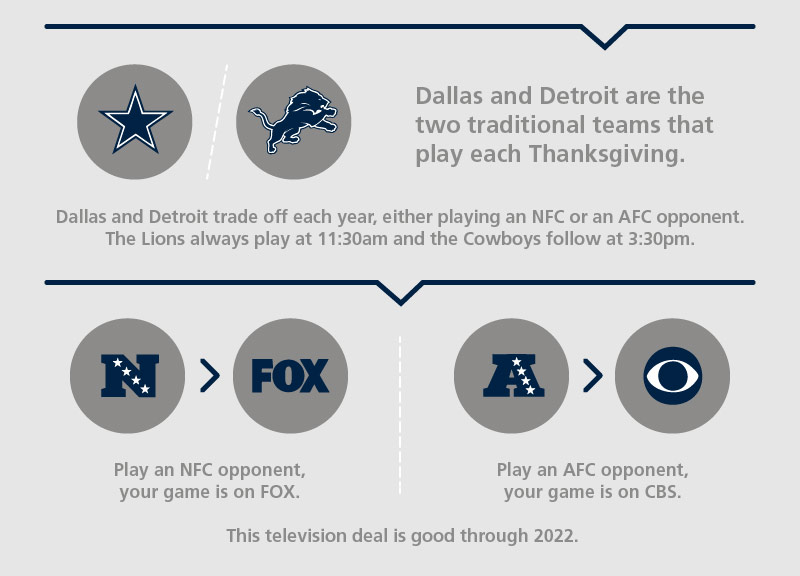 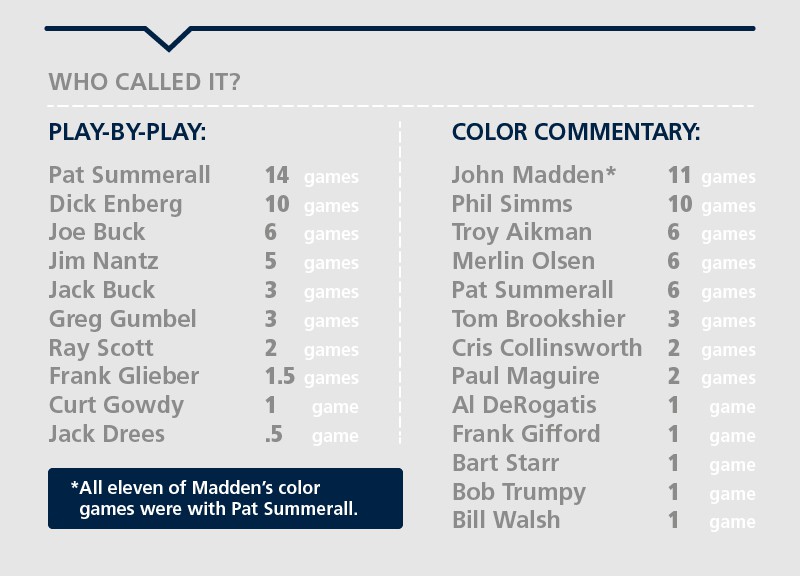 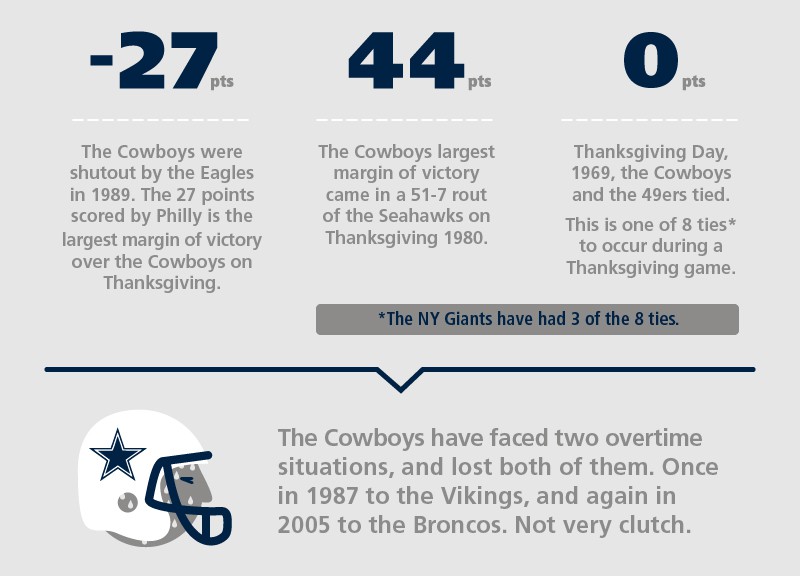 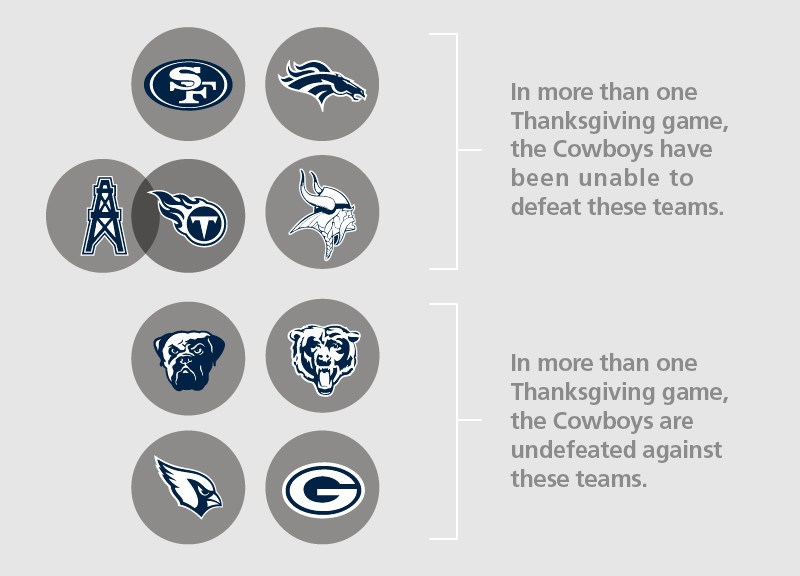 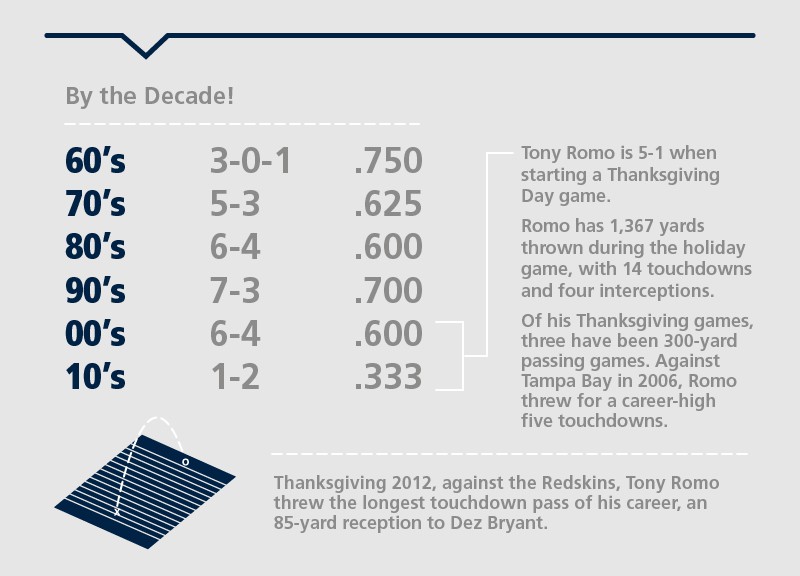 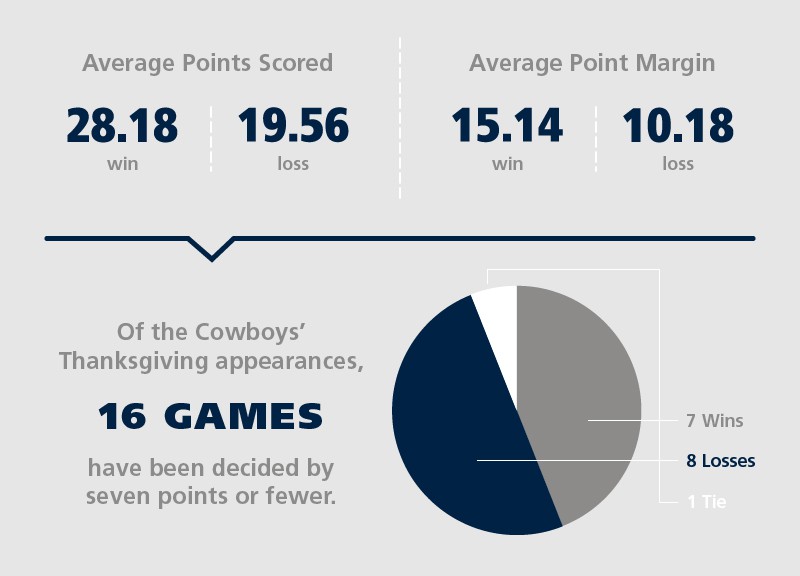 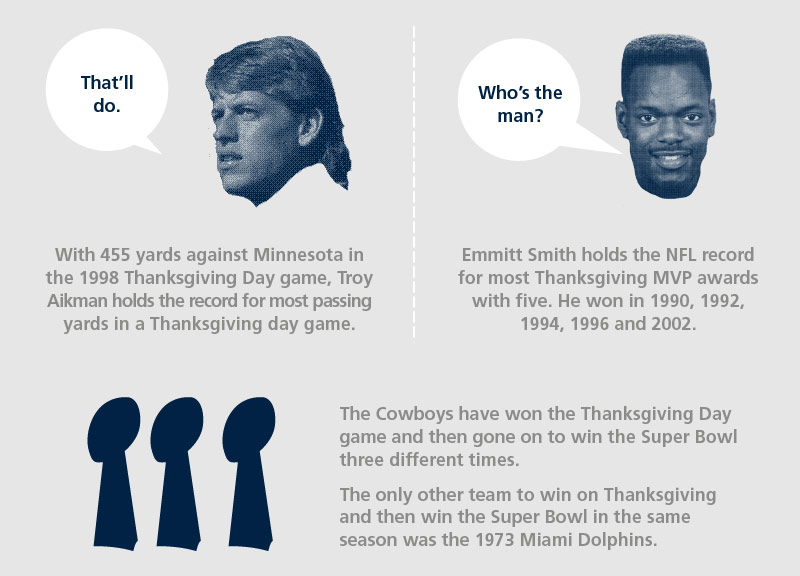