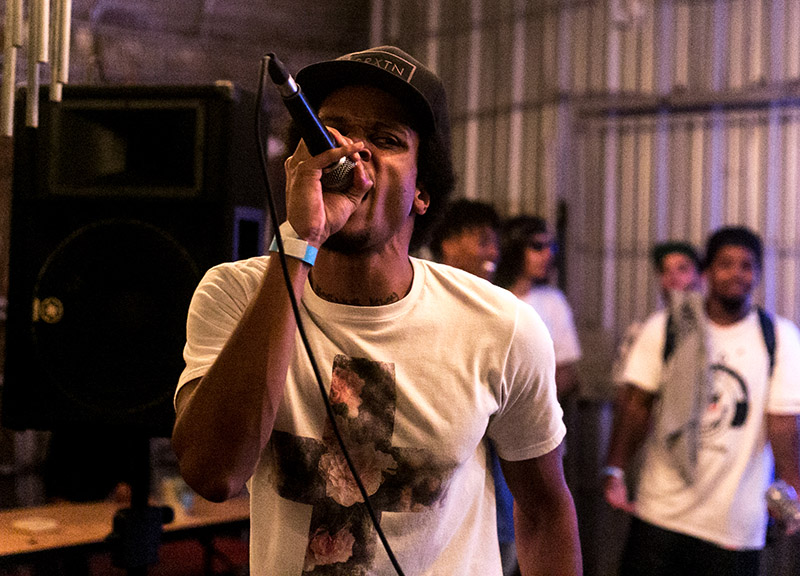 The original intent behind 16Bars.XXX's monthly events this summer was to showcase the different sectors of Dallas' multi-tiered hip-hop acts. But in only its second event, 16Bars.XXX showcased the scene's schisms.

Whereas last month's edition — featuring Jarvis Hodges, Brandon Ford, Terrence Spectacle, Crit Life and the highlight of that evening ThatKidCam — would be best described as the Nu Dallas edition, this past Saturday night's throwdown in the same East Dallas house venue also featured the same acts — albeit in a more disruptive, non-billed and oft-detrimental role.

At what emcee Rico Slice deemed the showcase's “progressive edition” of the monthly, the event was meant to celebrate local acts that operate outside hip-hop's norms. To that end, the night featured performances from The Mohicans, Buffalo Black, KissedKilled, The Outfit, TX and Blue, The Misfit — acts that no doubt fit that billing, even if they'd have to sometimes literally shout over the Nu Dallas crowd to get their points across.

The trouble started early: The Mohicans — just a few years removed from being voted Dallas' best hip-hop act — opened the night by having to battle a chatty and distracted crowd. It was unfortunate: The duo's Dirty South, slow-riding sounds — the return of which is welcome, now that each of the group's members has completed its studies at Texas Tech — was lost on a crowd that was looking to party and not much else.

Same went for Buffalo Black, arguably the most progressive rapper in the city. Even on a bill where progression was the target — and something for which the rapper has earned acclaim even from Spike Lee — the rapper's live efforts largely fell flat and ignored. Once more, though, the fault wasn't his. In what would become the running theme of the night, the Nu Dallas crew once more disrupted the performances, this time by walking through the artist's stage space several times and participating in loud conversation on either side of the stage.

KissedKilled, on the other hand, shined in this setting — largely, it seems because he runs with the Nu Dallas crew. During KissedKilled's set, last month's acts mobbed the performer — on request, granted, but in thrilling fashion all the same. Disrespectful as these young performers may be during others' offerings, credit must be given where it's due: This young sector of Dallas hip-hop, though struggling to assimilate with the other realms of the scene, may boast the most promising following of the entire batch. At back to back 16Bars.XXX showcases, these performers have brought out the biggest crowds — and, better yet, audiences that know all these songs' lyrics and liveliest moments.

It's a united front, that's for sure. So much so that it took a little prodding for this younger set to vacate the stage area so the night could continue. Once they had, The Outfit, TX, still riding high off the release of its double Cognac/Four Rooms LP from late last year, eventually took to the performance space, ready to once again showcase its members' varied personas: Mel, the frontman, whose smooth deliveries shine on standout tracks such as “Private Dancer”; wildcard JayHawk, who offers an aggressive counter to Mel; and electronics wizard Dorian, who mostly spent this night behind his partners' backs as the group's producer. It makes for an engaging dynamic — one that now finds each member seemingly more on equal footing than ever — within the group's sound, which ranges from Texas trill to space-age funk to hip-hop emotionalism.

Theirs was a well-received set, but the best was still to come: With the release of what has become the unanimous selection for the best local hip-hop album of 2014 so far with his Child In The Wild LP, Blue, The Misfit now finds himself in a position of leadership in the scene — or so seemed to be the case on Saturday night, at least. At one point in his set, Blue, as he usually does, began jumping and mobbing around on stage during his song “No Care In The World,” only to find himself joined by the Nu Dallas crowd — this time in a welcomed capacity. Rather than infringing on the artist's space, the younger performers looked thrilled in this instance to be able to share the space with Blue, who acted as a conductor for the collected mass. Blue's work speaks volumes — and his performances are noteworthy as a result. In turn, it wasn't Nu Dallas that attempted to steal the limelight from Blue but rather A.Dd+'s Slim Gravy, who took it upon himself to perform an a capella verse after a miscued performance of Child In The Wild's standout track “All Systems Go” that was intended to include Slim.

One thing's for sure: 16Bars.XXX, in just two short months, has established itself as a destination for sampling Dallas hip-hop. More than that, though, these showcases are also providing fans of local hip-hop with an interesting study of the scene — frictions between fractions and all.

On Saturday night, amidst another offering of free drinks and free entry, that much proved perhaps a little too true, even while remaining an undoubted good time. 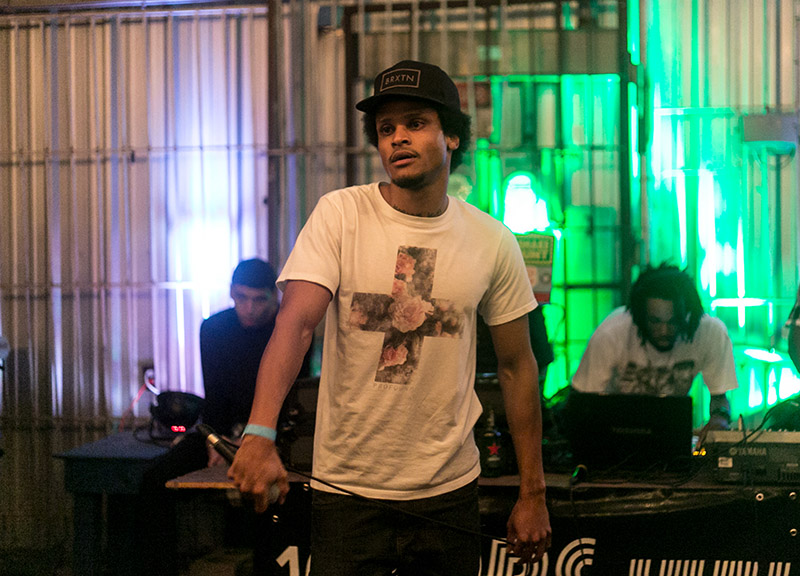 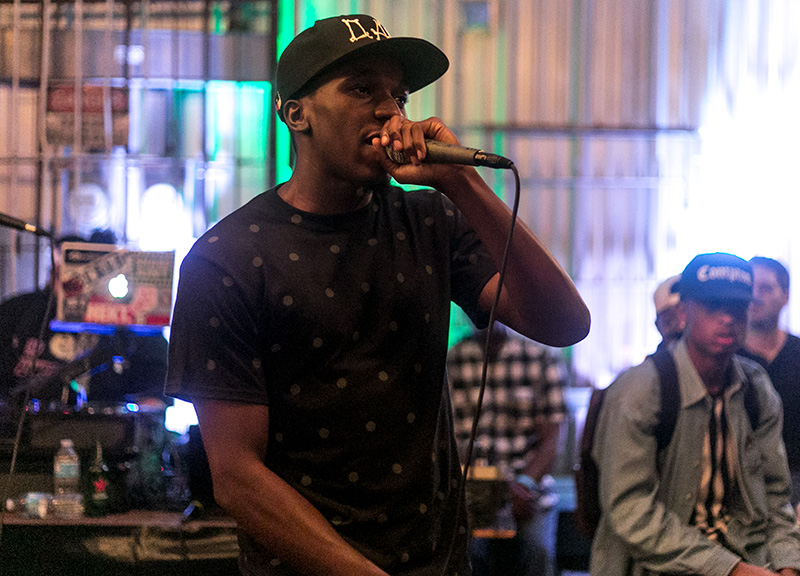 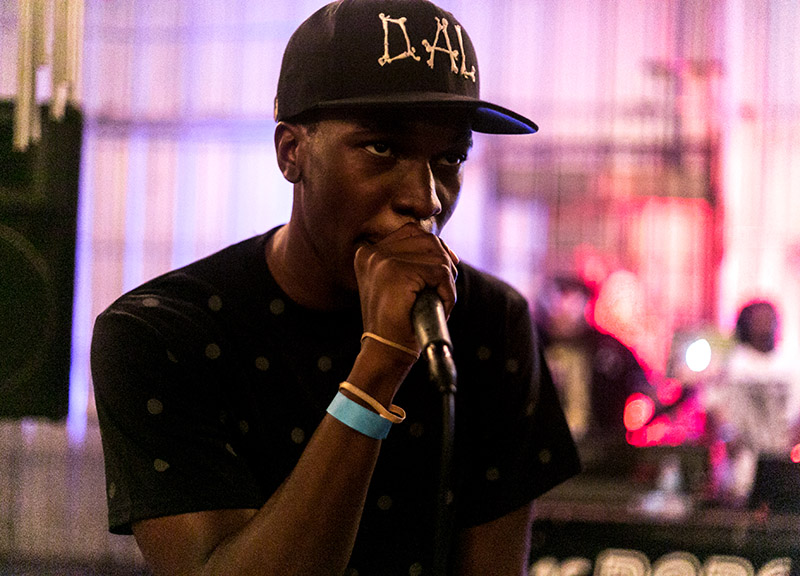 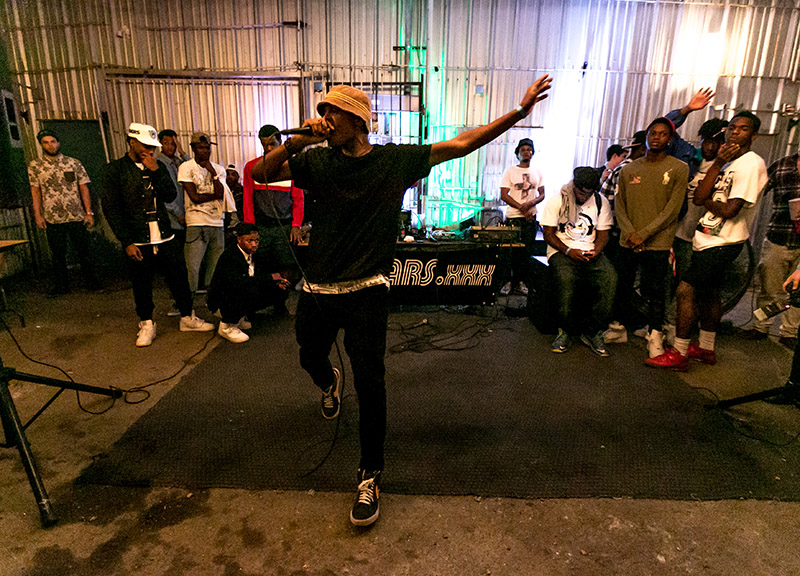 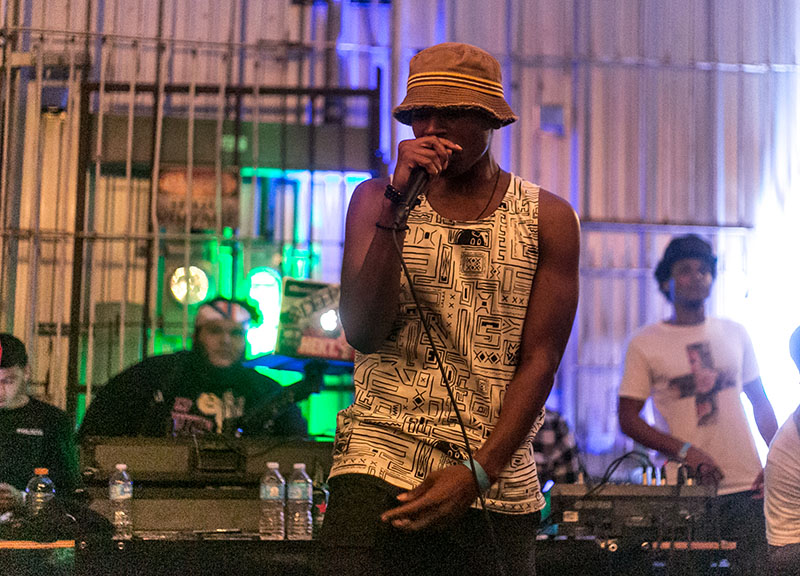 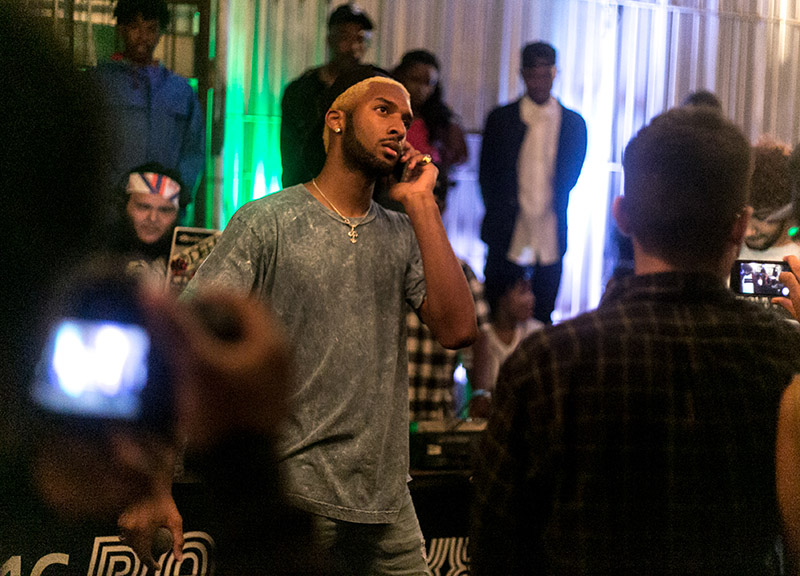 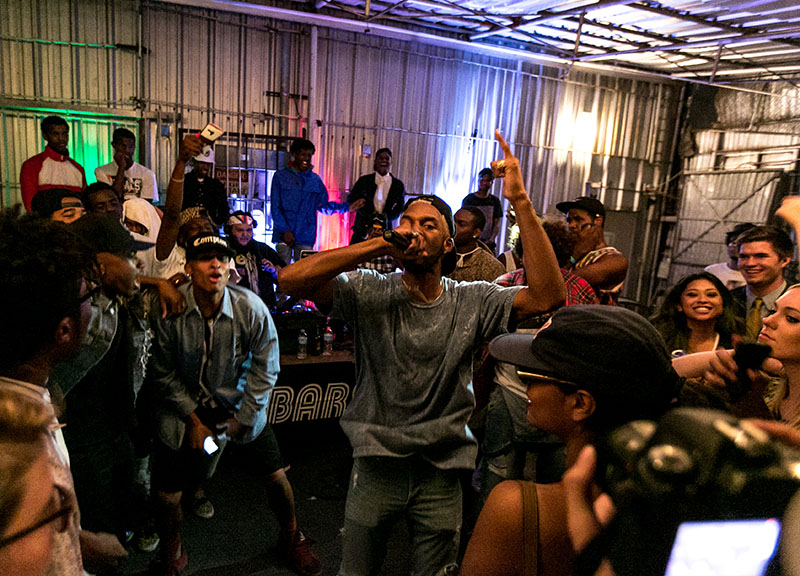 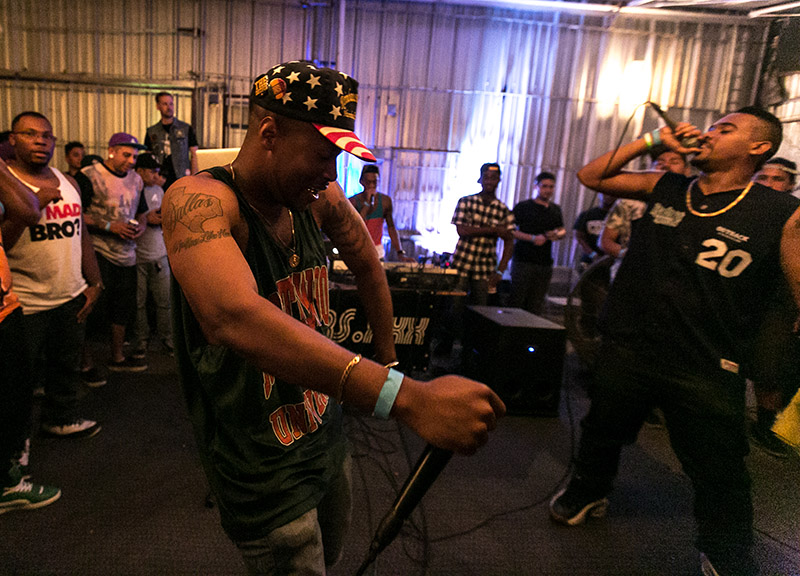 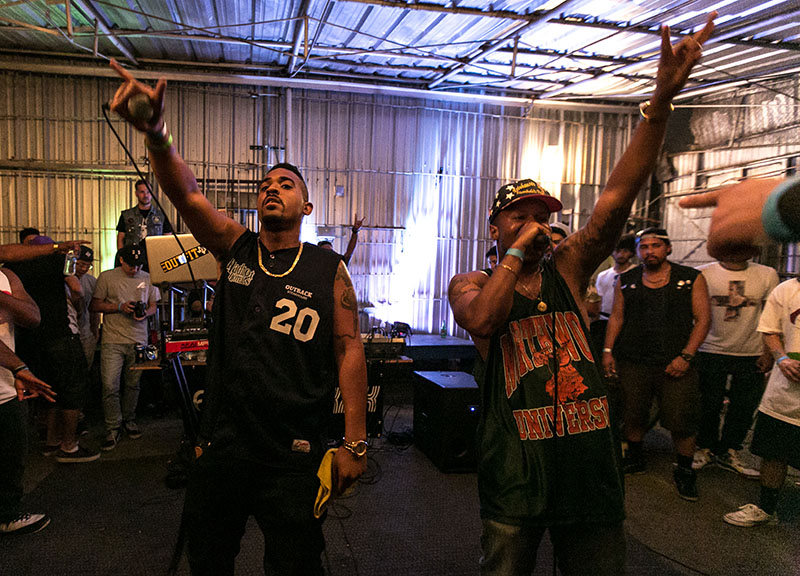 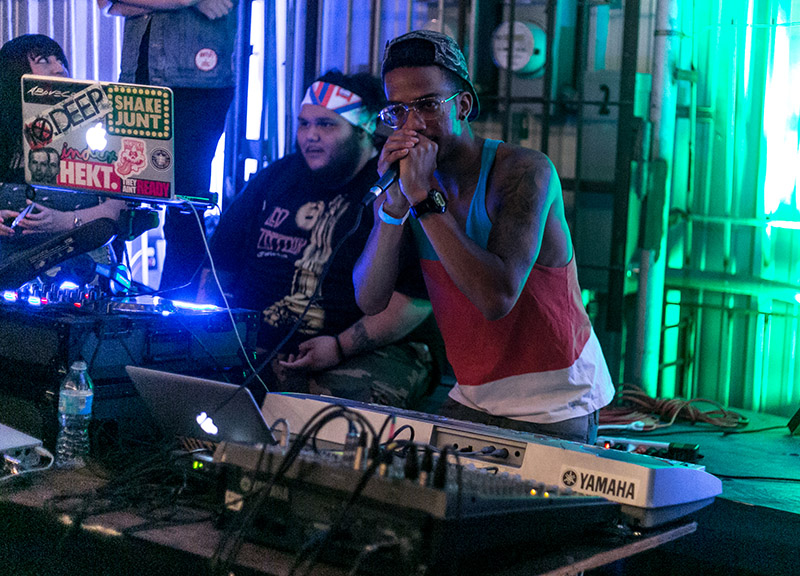 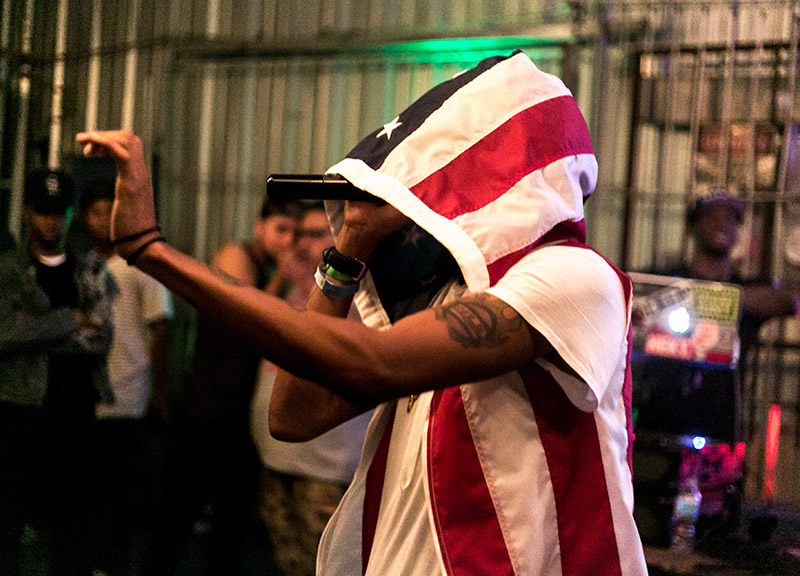 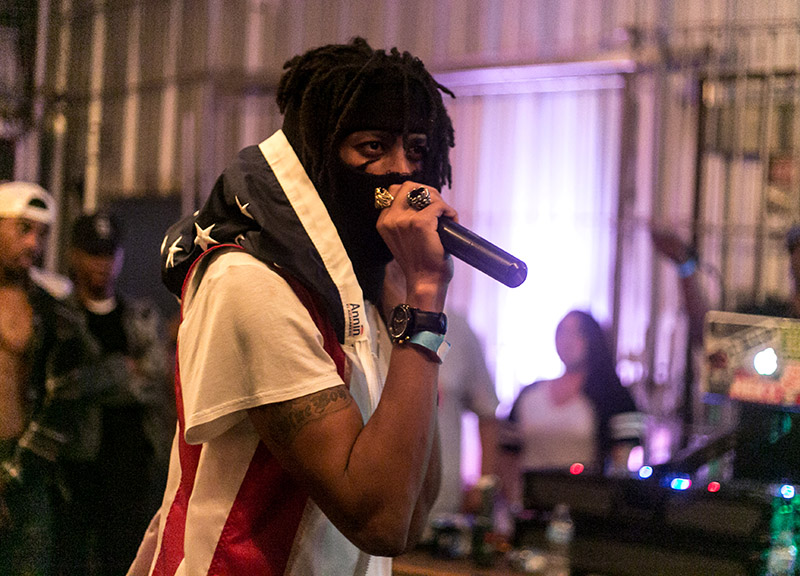 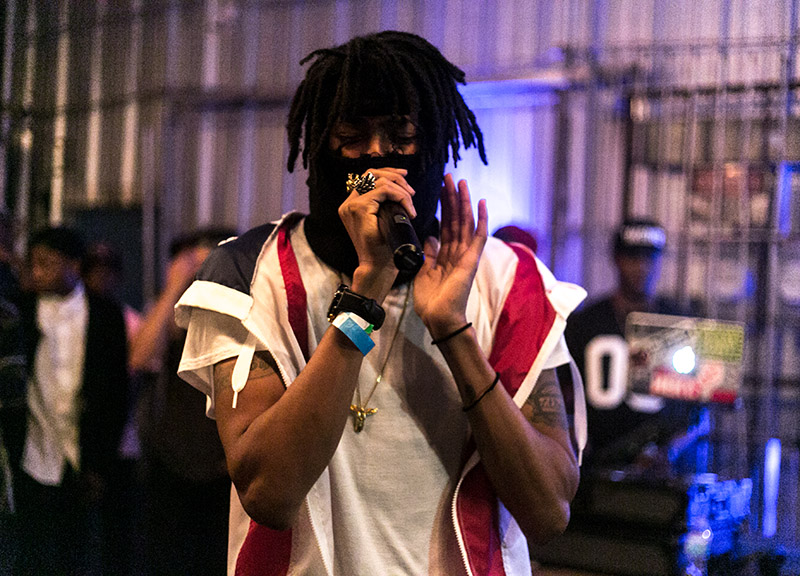 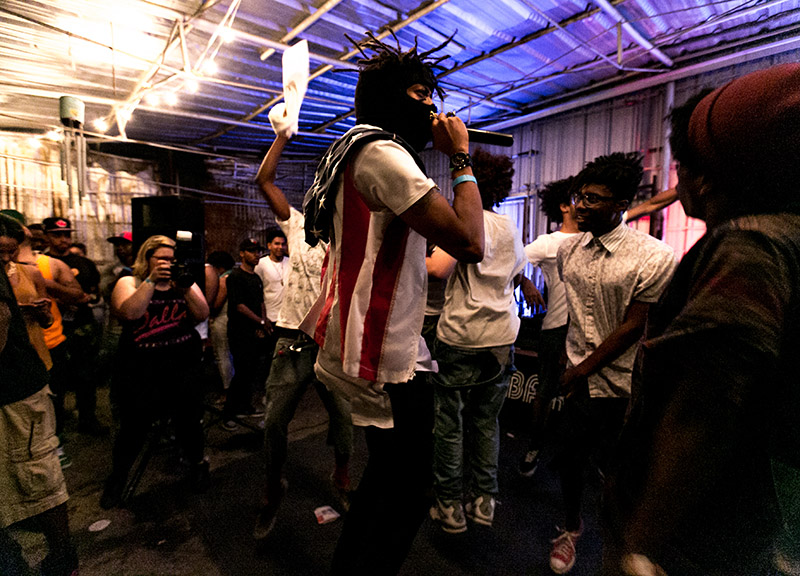 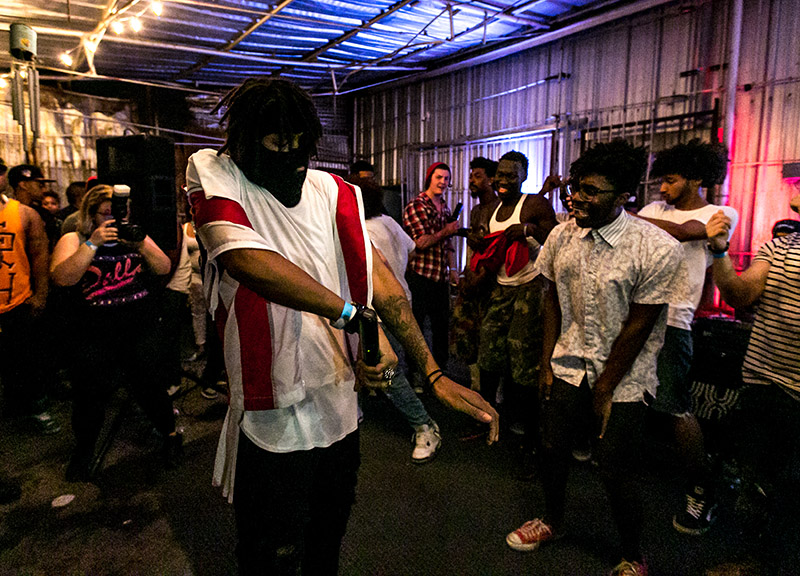