Do You Have To See The Room To Get The Disaster Artist? 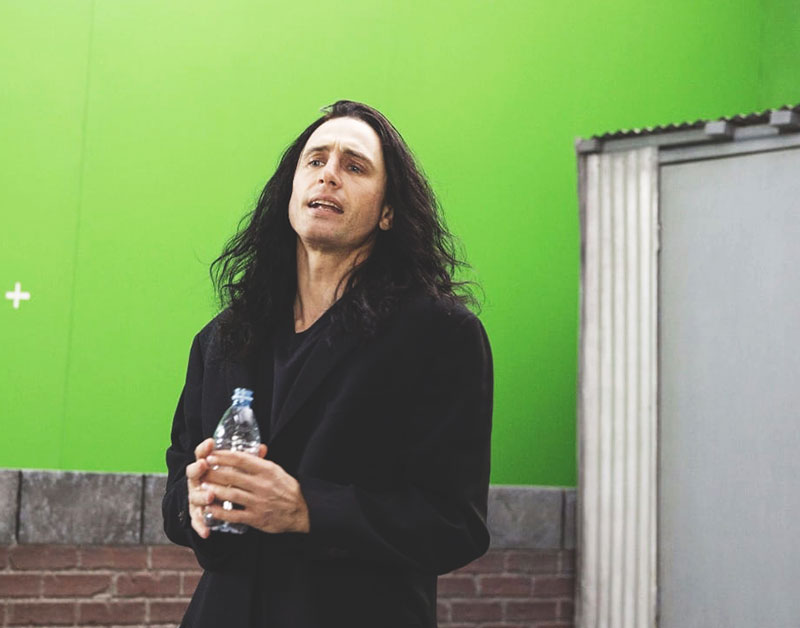 The Disaster Artist Is A Movie Based On A Book About The Making Of The Worst Movie Ever Made. And, Somehow, It Hits Its (Oh, Hi) Mark.

In 2002, director/actor/writer/producer Tommy Wiseau decided to make/write/star/produce his own film.

He wanted to make his movie his own way, Hollywood be damned. And so he enlisted the help of his best friend, Greg Sestero, to create what many have long considered the worst movie ever made, The Room.

The Room was a box-office bomb, and it was relentlessly torn apart by critics. Since it’s release, though, it has slowly gained footing as a cult classic — first as a you and some friends might laugh at during a home showing a Friday night, and now as a midnight special shown in theaters across the country, complete with an interactive Rocky Horror-style antics of throwing spoons and shouting at the screen.

But how did this film get made? And who is this enigmatic Tommy Wiseau?

In The Disaster Artist, director and star James Franco explores Wiseau’s and Sestero’s backgrounds, lives and motivations. It is a tale of friendship, determination and following one’s dreams — and it’s brilliant. Based on Sestero’s book of the same name, the film is a peek behind the curtain of Wiseau’s madness and/or brilliance, depending on your view.

As Wiseau, James Franco absolutely steals the film, giving life where there perhaps previously was none to Wiseau’s unique accent and crazy antics. It would’ve been easy to create a caricature of Wiseau, but Franco wisely maintains Wiseau’s elusiveness while simultaneously coming across as vulnerable and endearing. It’s a brilliant performance, and one that seems a shoo-in to earn Franco award nominations.

What’s perhaps most remarkable about Franco’s film, though, is that it answers no questions about Wiseau. His past is still a mystery — seriously, how old is he???? — and his curious and obsessive creative choices, like how he buys expensive equipment instead of renting it, aren’t given any explanations.

At heart of the film is Wiseau’s friendship with Sestero, played by Franco’s real-life brother Dave. It’s a turbulent one, as Wiseau gets jealous when Sestero lands an agent and gets a girlfriend, and the long-simmering cracks in Wiseau’s rough demeanor begins to show. Still, as one of the first true friends he’s ever had in his life, Wiseau doesn’t want to lose him, and pulls out all the stops in his efforts. This passion brings a real gravitas and heart to the film.

It’s an impressive thing, telling the story of the worst movie ever made without coming across condescending or cheesy. But Franco has successfully done that in The Disaster Artist.

Will those who haven’t seen The Room understand that? I think so. But there’s no doubt that seeing The Room first will enhance one’s experience, if only for recreations of that film’s certain scenes.

For devotees of The Room, those are a real treat.