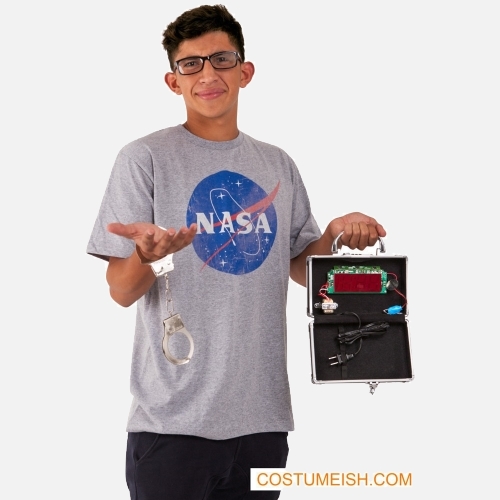 Eight Dallas-Themed Halloween Costume Ideas You Can Throw Together At The Last Minute.

Earlier this week, just in time for Halloween, a company began selling a “Clock Boy Meme Costume” that hit a bit close to home.

The $79 costume comes with a bunch of clock guts in an aluminum case, plus glasses, handcuffs and that oh-so-familiar NASA T-shirt. 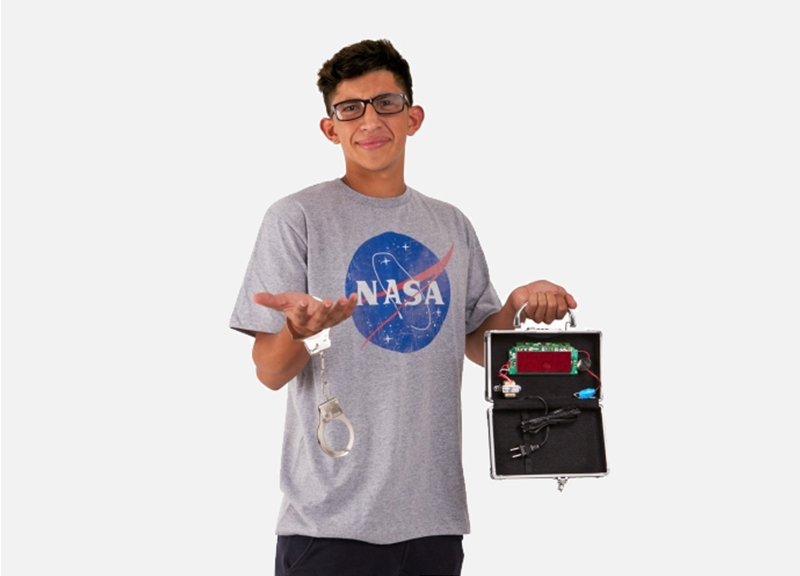 Forget that noise. Aside from how overpriced the get-up is, the story of that swindling Irving teen Amhed Mohammed is played out to the point of exhaustion.

Still, we totally feel you for wanting to strike that balance between cheap, clever, timely and locally-centric when planning this year’s Halloween costume. That in mind, here are a few ideas that are easy enougb to throw together last minute and that are sure to make you the talk of your next holiday party.

Hood Babe. To pull this one off, you’ll simply need to pair a set of fringe boots with the most normal-looking white-lady clothing you can find buried deep in the back of your mom’s closet. To make it a couple’s thing, all your partner will need is a reggae wig, smart phone and gentle demeanor and — bam! — you’ve got Lil’ Dreadlock.

Arts and Craftsy Football Guy. A bald cap, a sports jersey (optional), a sling for your oft-injured arm/shoulder and a papier-mâché football is all you’ll need to embody the most creative member of America’s Team.

Barrel-Rolling Buster. Sure, at first glance, you may look like you’re just dressed like a normal police officer. But the additional kneepads will be a dead giveaway that you’re amped up and ready to roll into action at a moment’s notice. Bonus points if you sprint everywhere you go!

Down To Vote Guy. Slap a crudely drawn “DTF” on your cowboy hat, wrap yourself in the American flag and yell the most absurd right-wing bullshit that comes to mind. There’ll be no doubting who you’re dressed as this year. C’mon, let’s make Halloween great again.

Greenville Avenue Chad. This costume is, like, so freaking Dallas. It’s pretty easy to pull off, too. Just grab your Bullzerk T-shirt of choice, some flip-flops and eight pals dressed identically to you, and there’ll be no mistaking it. The plus side with this particular costume is the fact that you also get to walk around eating popsicles all night long, too.

Mall Rat. To really pull off that NorthPark shopper look, you’ve got go head-to-toe Lululemon — because, hey, you might be headed to the gym at some point in the indeterminate future. It’s the impractical footwear and full face of fresh makeup that’ll put forth the message that you’ve got a few things to do first.

Mama Dallas. Start with the wildest, most outrageous accessories imaginable. Keep in mind: You’re not just fashion-forward, you’re light-years ahead of your time. Top off with the biggest hat your head will support. On second thought, you’re probably not actually cool enough to pull this one off.