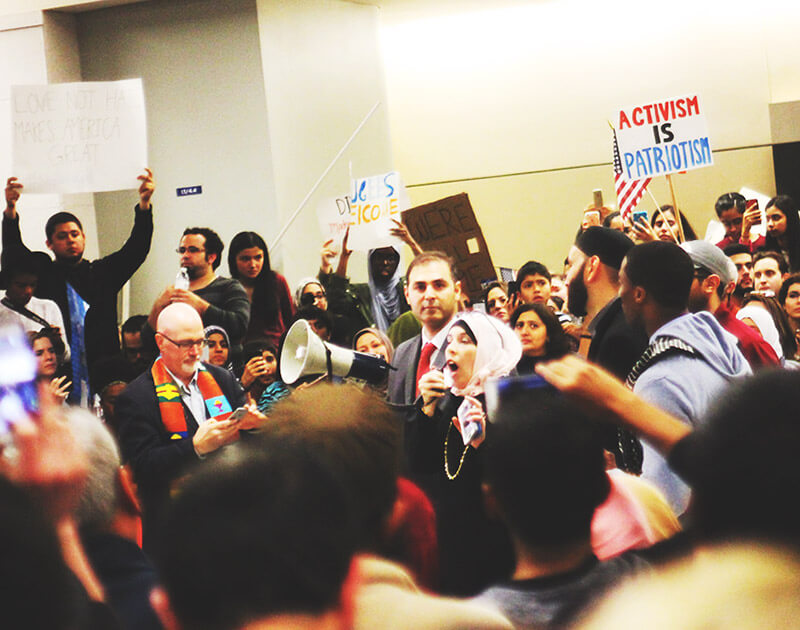 The Dallas lawyer who helped rally at Dallas-Fort Worth International Airport an army of more than 150 volunteer lawyers to fight President Donald Trump’s executive order banning travel into the United States from seven Muslim-majority countries posted a video update to Twitter earlier this evening saying that, since about noon today, there have been no detainees held at DFW by customs agents.

In the video, lawyer Chris Hamilton calls this news “a notable change,” and says it is “a victory for America.”

Major Victory!! We can confirm no detainees at airport for first time since executive order! @DFW_Protest @DFWAirport pic.twitter.com/Tc3LrNSIea

Based on the jubilation in Hamilton’s voice, this sounds like a pretty major win for his group’s cause, even if it’s unclear at this point if this is a temporary victory of convenient timing or an indication of some sort of greater accomplishment from the volunteer lawyer army.

Regardless, as he says in the clip, Hamilton and his organization plan to “continue to monitor the airport” and “remain vigilant.”