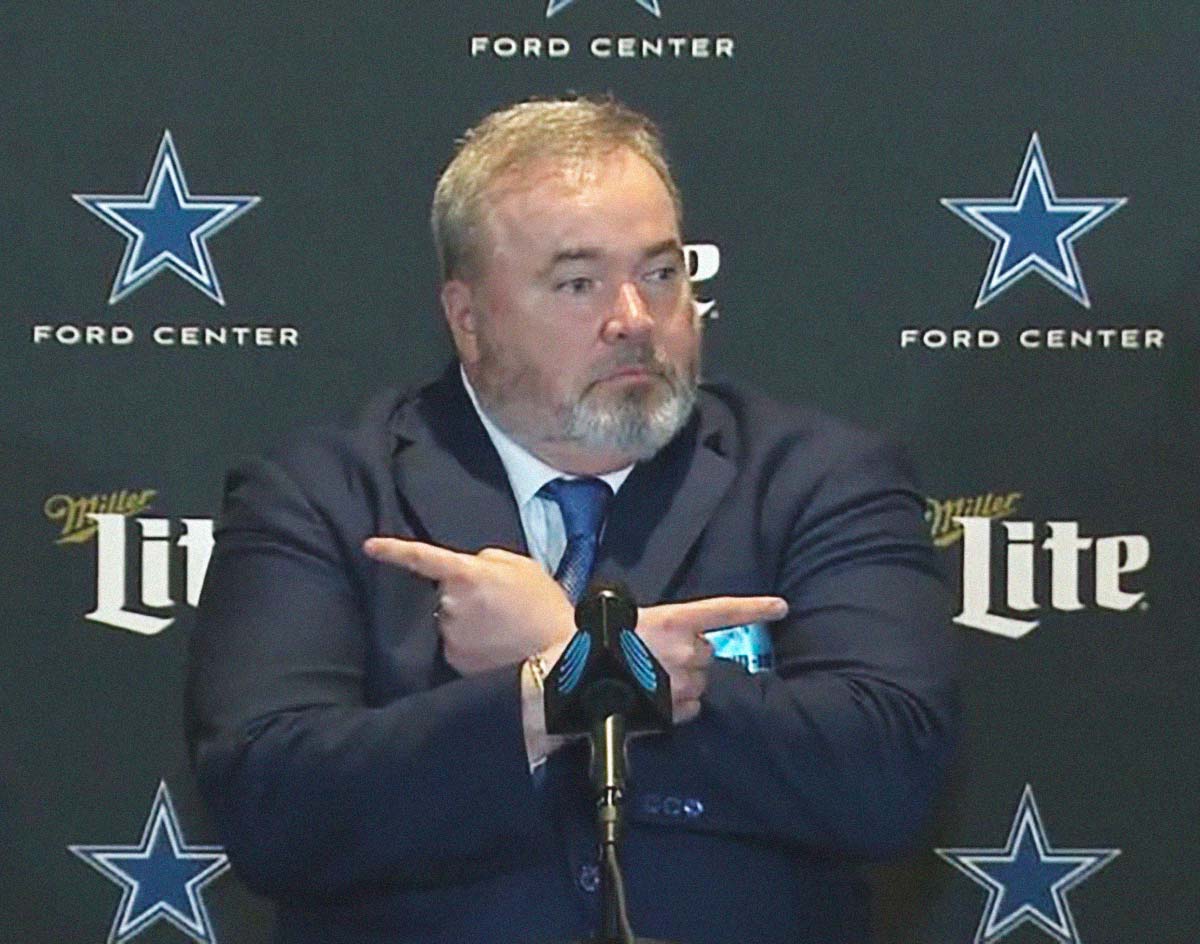 Dallas Cowboys Head Coach Mike McCarthy Knows There’s No Offseason In The NFL. And The Same Is True In Astrology! (Doubly So This Month For Geminis, Too!)

Say what you will about the Dallas Cowboys’ approach to the 2021 NFL Draft last month — and plenty of people have, mostly about the fact that the team had no problem at all drafting players with known character issues — but our absolute favorite thing to come out of that late April/early May weekend was an out-of-content screenshot we saw of head coach Mike McCarthy looking all out of sorts during a press conference about the team’s selections.

It’s an amazing visual in which a confused McCarthy — a man often derided as nothing more than a mere puppet of Jerry Jones’ — points simultaneously to his left and his right, looking very much like a man who isn’t exactly sure what’s going on. (Hey, that’s another frequent complaint lobbied at the guy!)

With his opposing finger-guns action in the image, there’s also a beautiful duality at play — one that makes it perfect for meme-ing now that were officially within Gemini season!

Sure, bookmakers may have McCarthy as the odds-on favorite to be the first NFL coach fired this season — just his second on the job, sheesh! — but who’s to say he can’t point out the obvious when it comes to your and your astrological sign?

Remember: There’s no offseason in the NFL. Or the stars, for that matter. 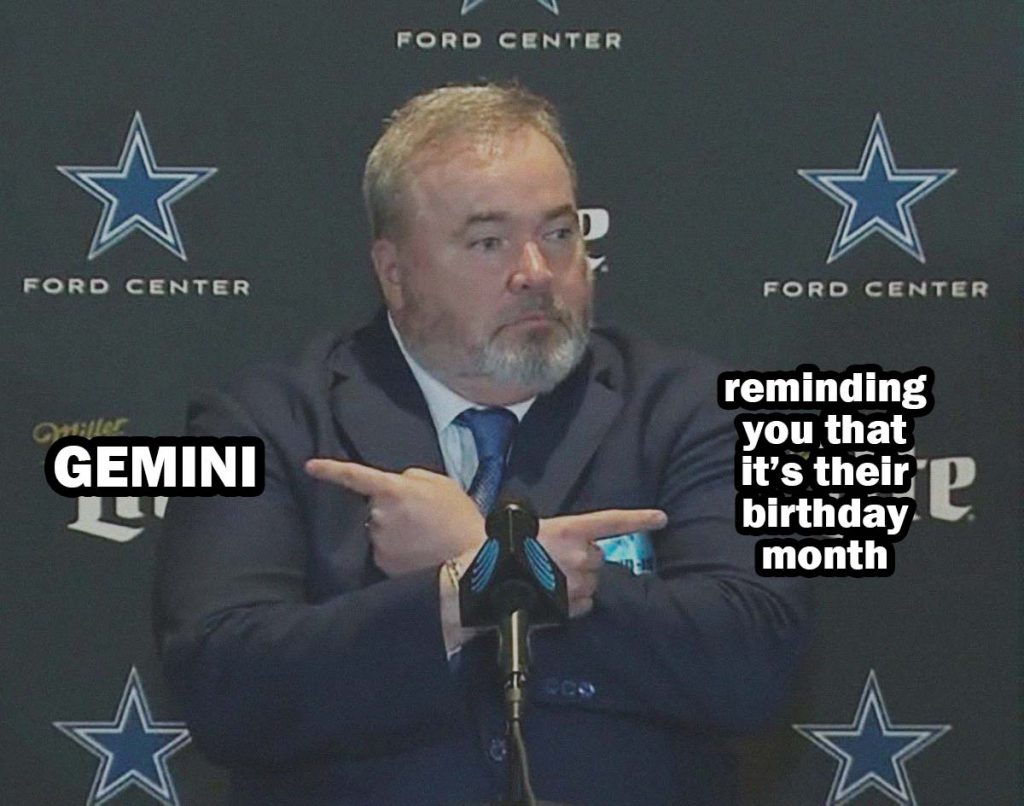 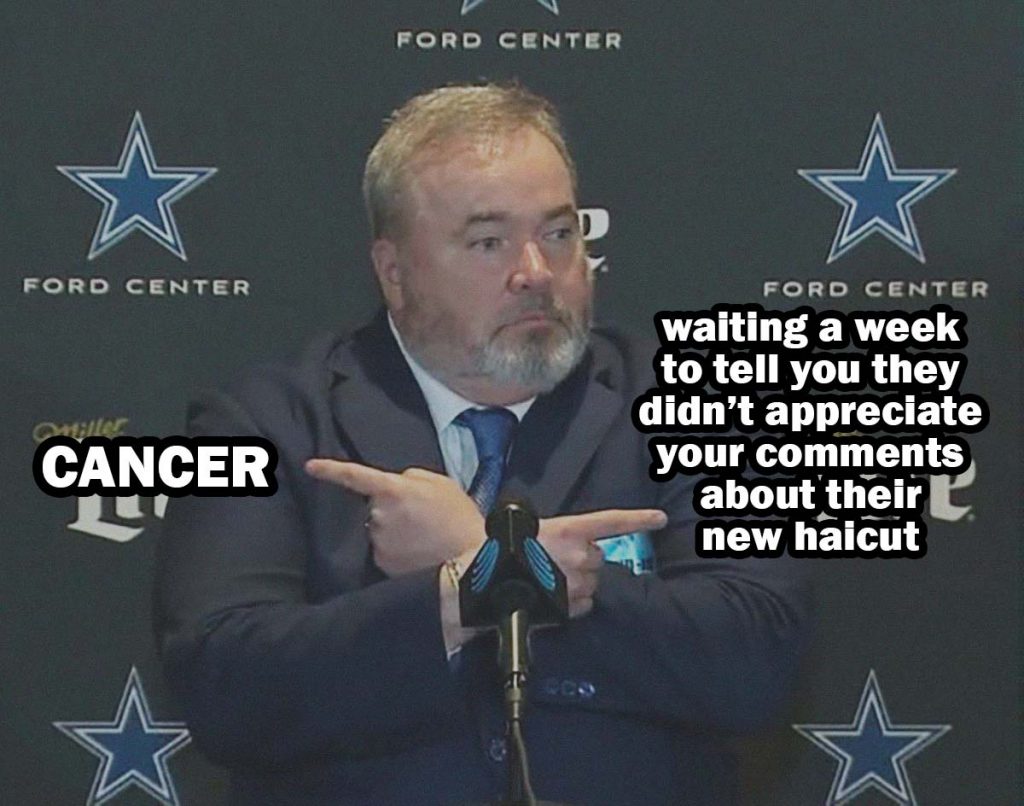 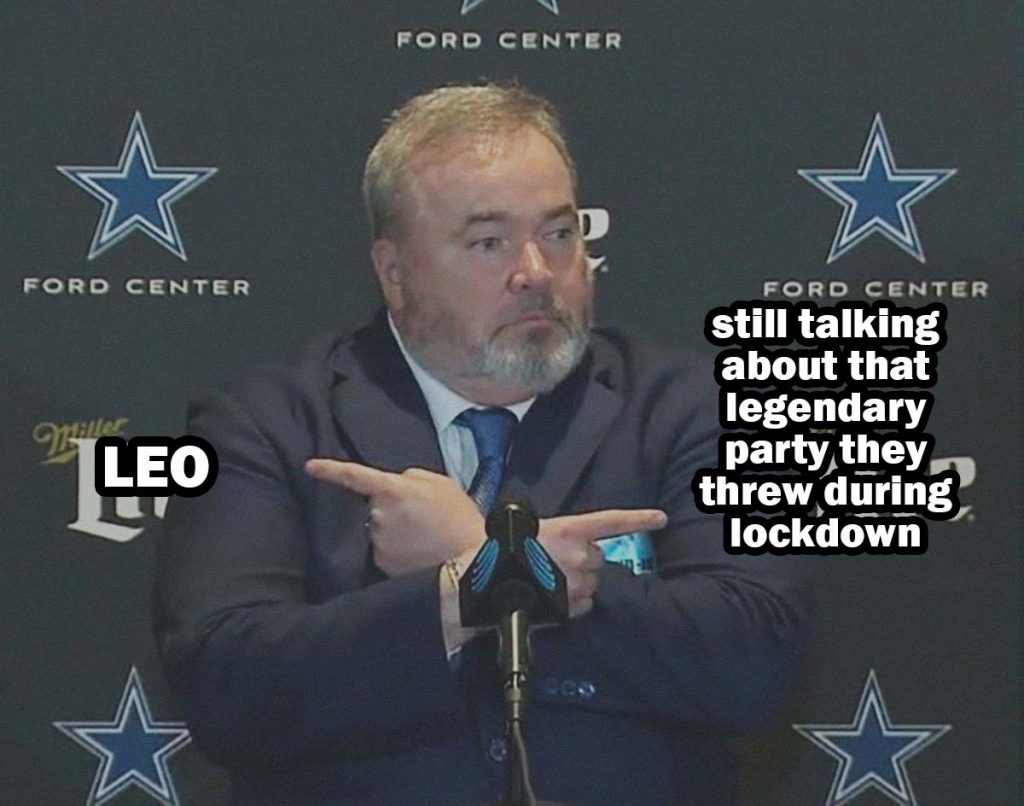 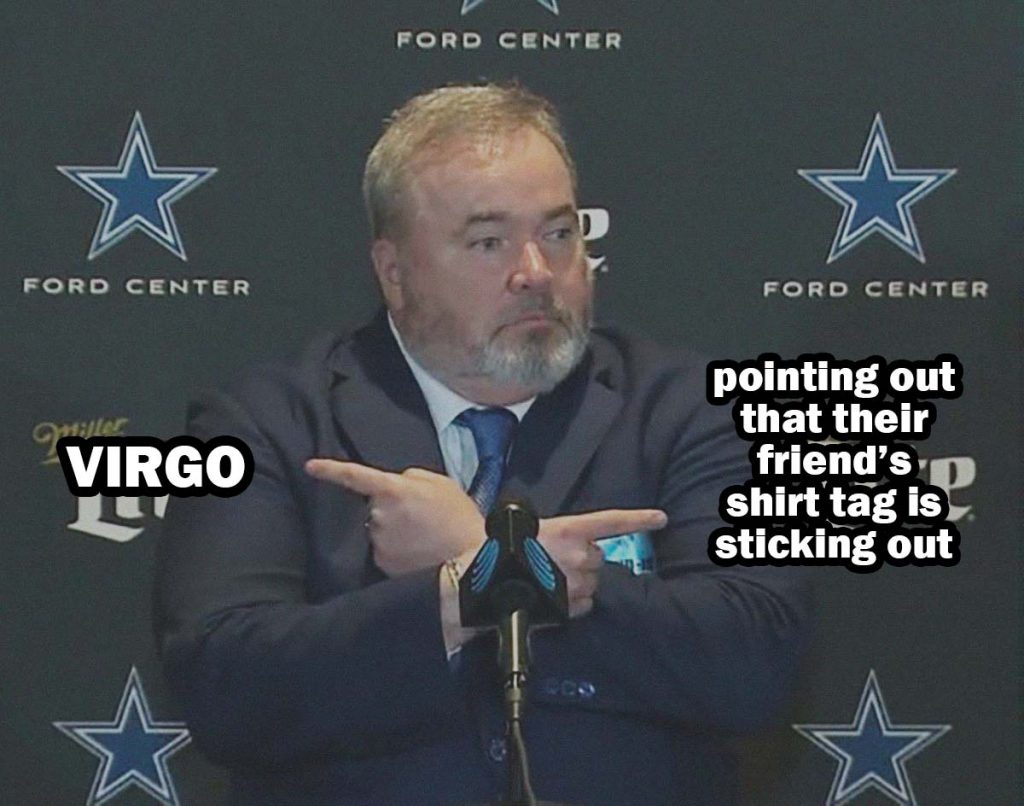 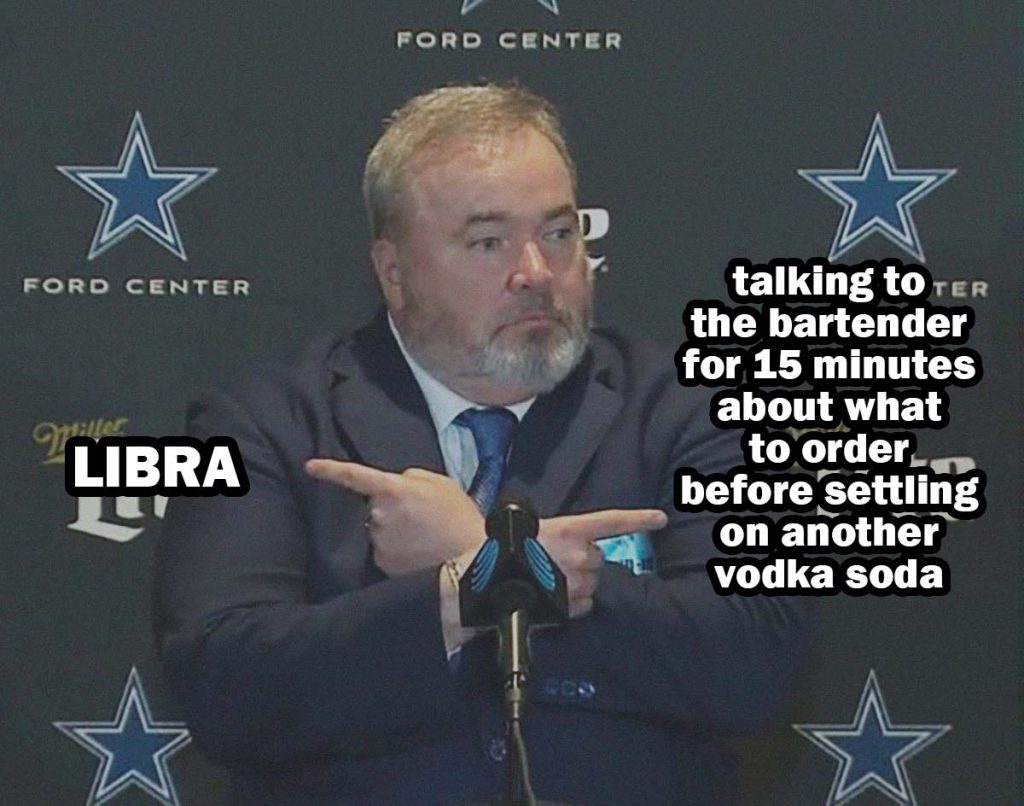 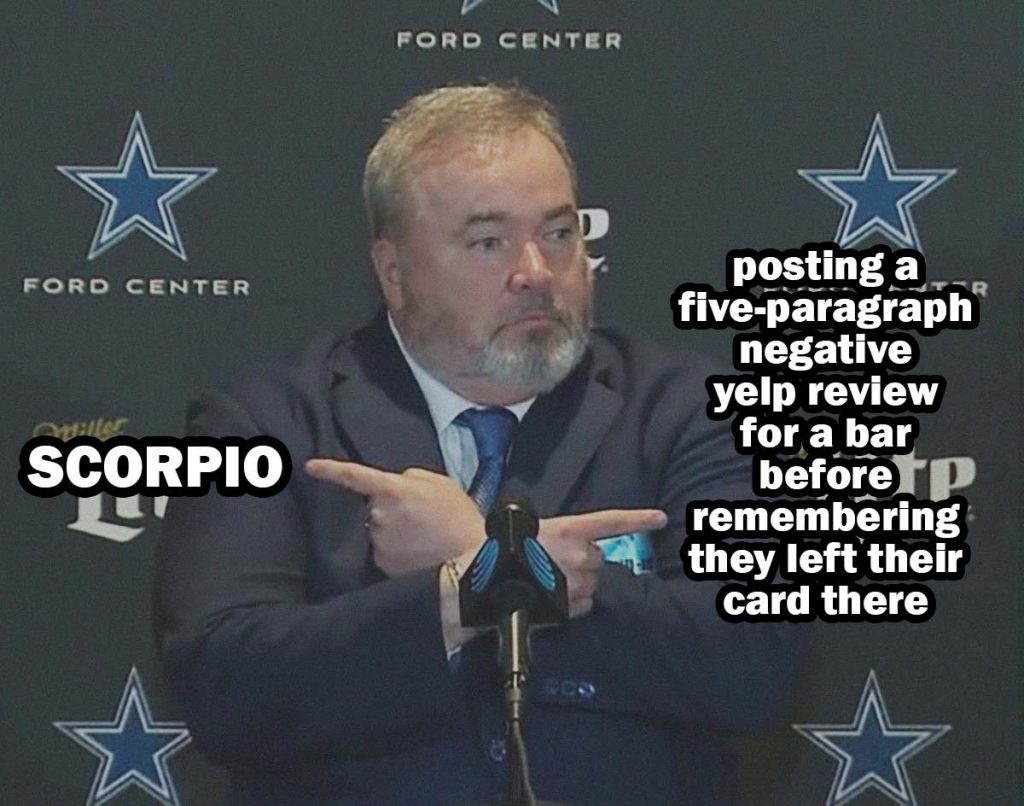 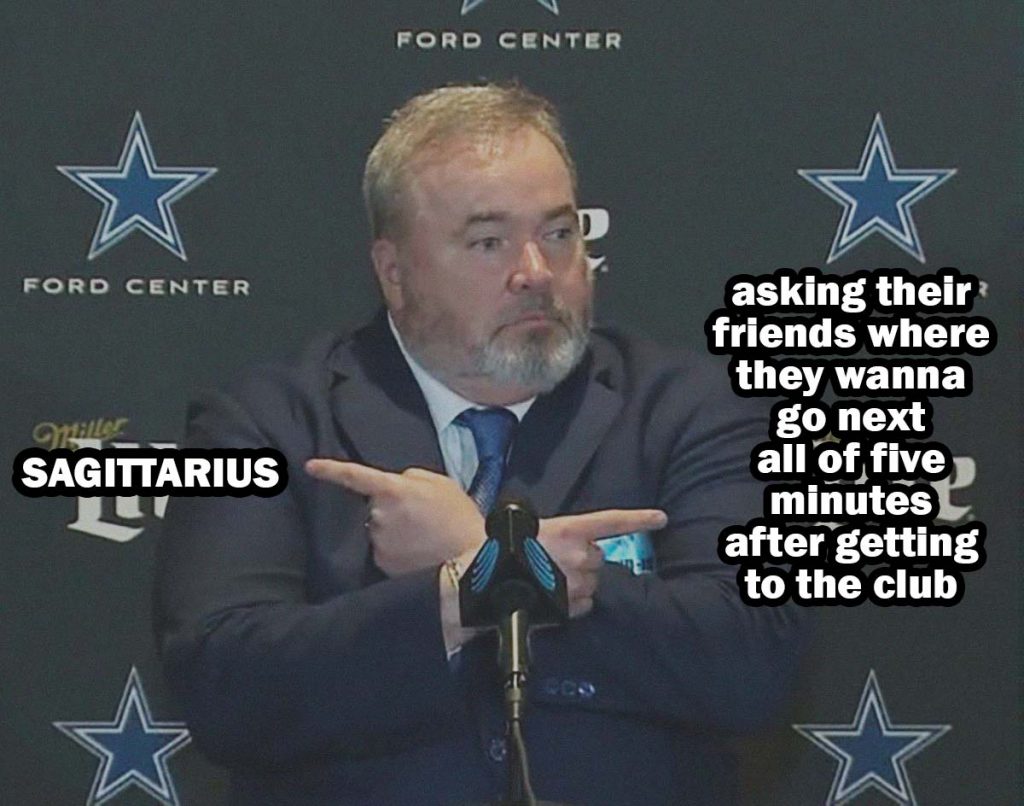 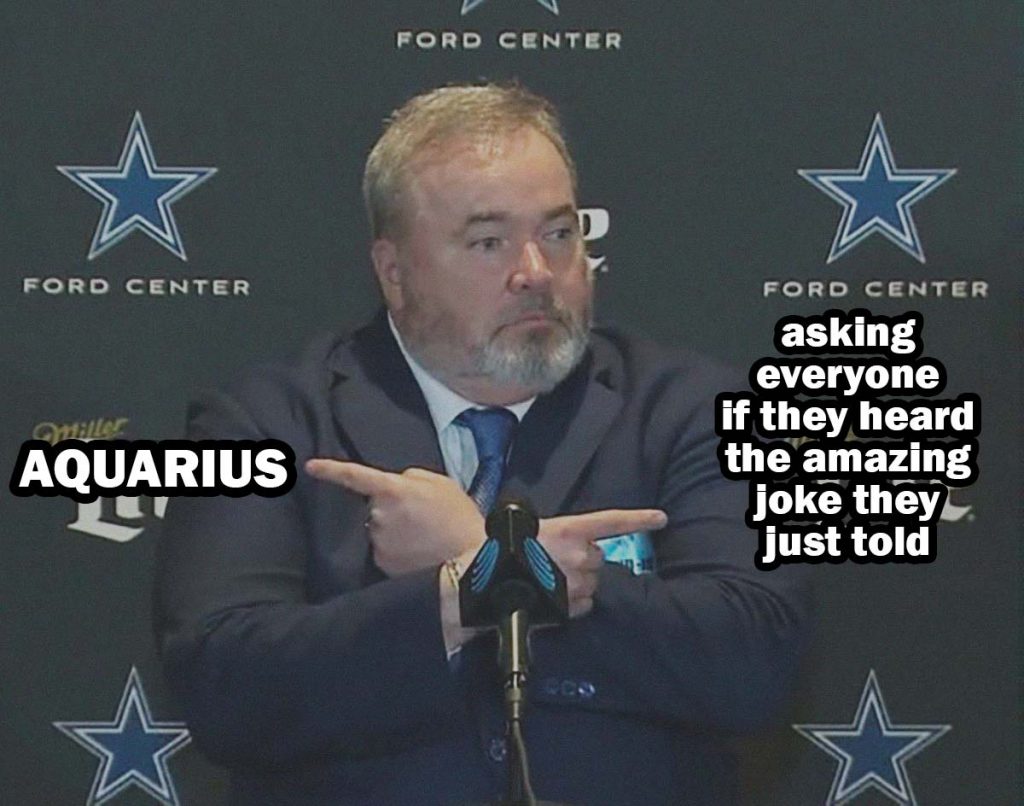 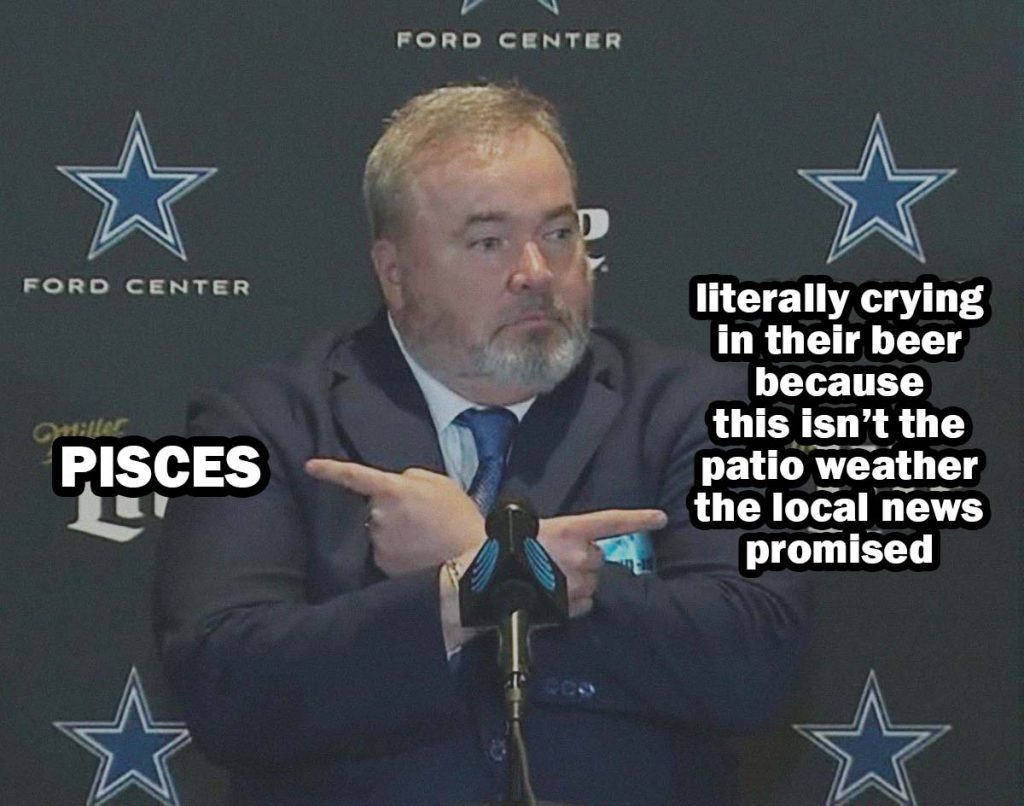 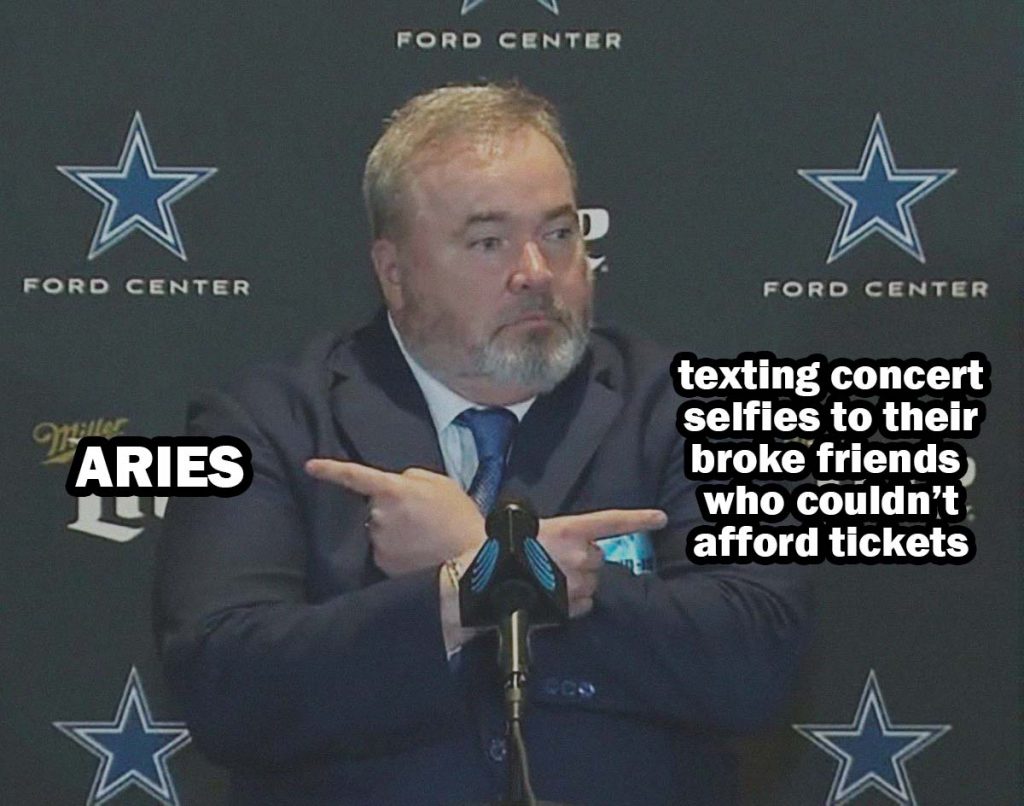 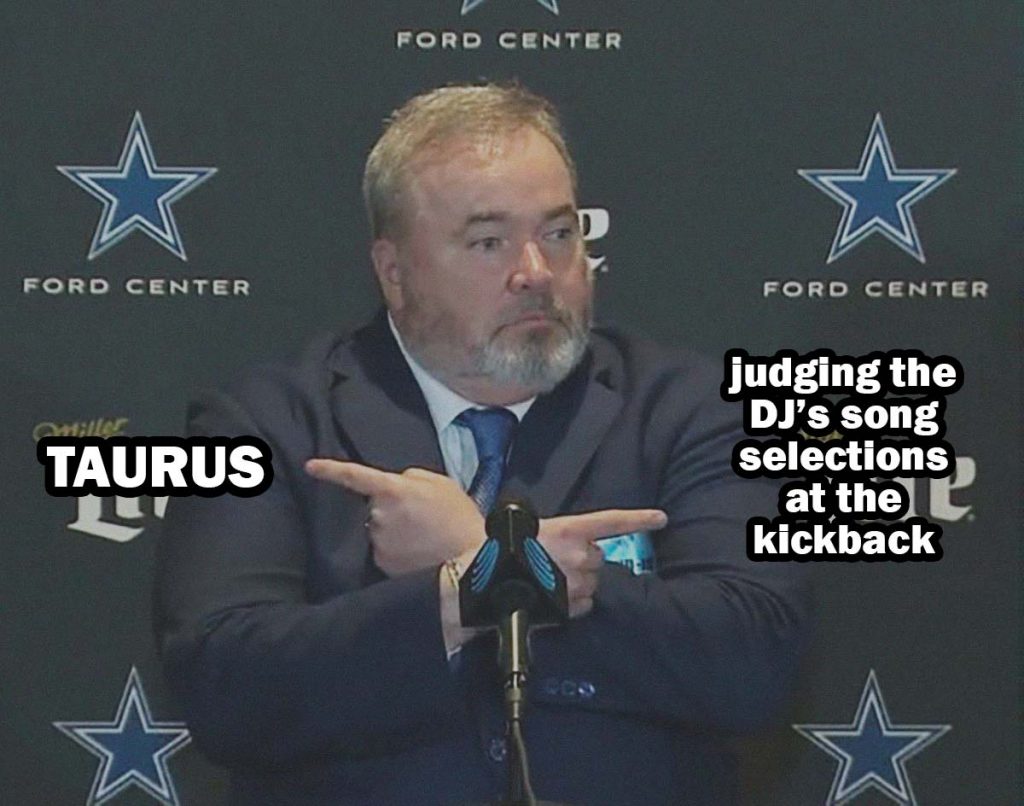