Dallasites Of The Year. 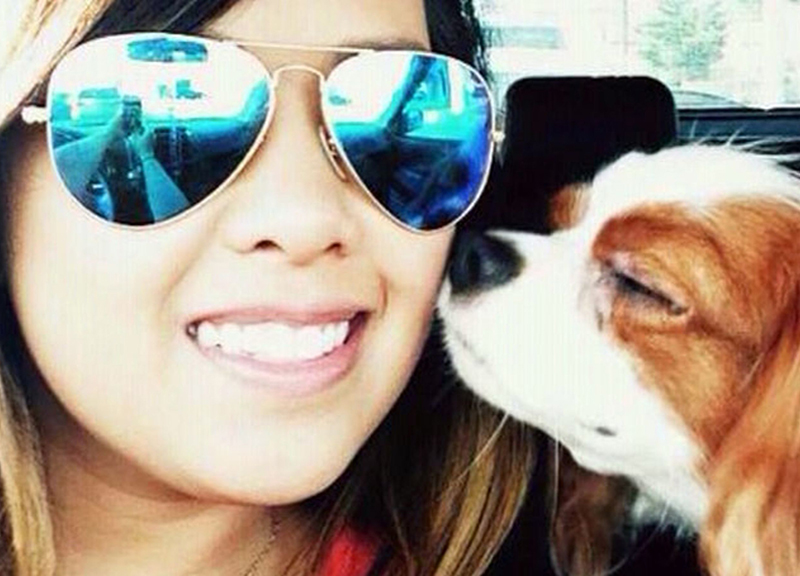 Nina Pham & That Other Nurse Who Also Caught Ebola Really Infected Our Hearts This Year.

Dear Nina Pham and That Other Dallas Nurse Who Also Caught Ebola This Year,

After weeks of deliberation, we've decided to follow in the footsteps of the folks at Time and the Dallas Morning News who've already bestowed similar honors upon you in recent weeks and name you as our Dallasites of the Year.

You must be pretty stoked about this, I bet. Totally makes the whole getting-infected-by-a-deadly-disease-and-worse-having-all-of-your-dirty-laundry-aired-out-in-the-public-forum-because-hey-24-hour-news-cycle-and-all thing worth it, I'm sure.

And let's just be real, there really was no way we weren't going to end up picking the two of you. I mean, for real, let's consider all the positives that Ebola brought into your lives — and our lives, too — in 2014. There were so many!

Ms. Pham, as the first-ever person to contract Ebola in America, you in particular are coming out of this deal smelling like roses. I mean, for one thing, this picture of you and your dog Bentley was everywhere in 2014. It was basically the picture of the year — and, thanks to the reflection of your sunglasses, we know for sure that it was you who took it! What a commentary on society that picture is! Brilliant stuff.

(Also, this is kind of an aside, but I immediately recognized it as your handiwork when I saw you on Tinder, by the way. And, honestly, I gotta say that it's pretty amazing that you're still using that as your main Tinder profile picture. The sheer gall of it all! Anyway, I swiped right without hesitation when I saw you. Because, y'know, you're Nina Pham. So swipe right back atcha boy if you see me, OK?)

Meanwhile, I can't believe it took me so long in this note to address this, but don't even get us started on that charmer Bentley! What a shining star he was this year. Hottest dog of 2014? C'mon. Name me one that was hotter. You can't! Everyone loves the shit out of that little Cavalier King Charles! He's worth well more than the $27,000 that the City of Dallas spent on his health, if you ask me. I mean the potential marketing dollar earnings this guy could draw your way in the years to come? Trust me when I say that the $19,000 that dog-lovers donated to his cause is only the tip of the iceberg.

Speaking of icebergs: How cool did you feel when Texas Christian University asked you, an alum, to be the big payoff cameo at the end of its “Riff Ram Bah Zoo” pump-up video that your alma mater released just in time for its football team's 42-3 drubbing over Ole Miss in the Peach Bowl? Pretty cool, I bet.

Is that feeling cooler or less cool than being invited into the Oval Office for a meet-and-greet and hug with President Obama? You're literally the only person who can answer that question!

You certainly can't, Other Nurse Whose Name Is Escaping Me At The Moment. You just got a call from Obama. No hug for you.

But that's OK because you did get to go to Atlanta when we shipped you away from Dallas, perhaps in part because we were too afraid to tell you that we forgot your name. I think most people would agree that Atlanta's a cooler place than Bethesda, Maryland, which is where Pham got transferred for her treatment. What do you think of Bethesda, Maryland? I guess what I really mean is this: Do you think Pham liked it?

Otherwise, you were just kind of there, Other Nurse Who Was Every Bit As Much The Hero That Pham Was I'm Sure. Well, except when you weren't and you went to Cleveland for a while. Did you ever get married, by the way? How was the reception? Was Pham there?

Anyway, the point of all this is to just tell you that you two just rock, y'know? Because you do. And that's why you're our 2014 Dallasites of the Year, Nina Pham and Other Ebola Nurse.

We'll never forget you any more than we already have, we promise!

Love,
Pete Freedman and The Rest of the Central Track Staff

P.S. Wait. It's Amber, isn't it? Your name is Amber. Right? It's not just the color of your energy?