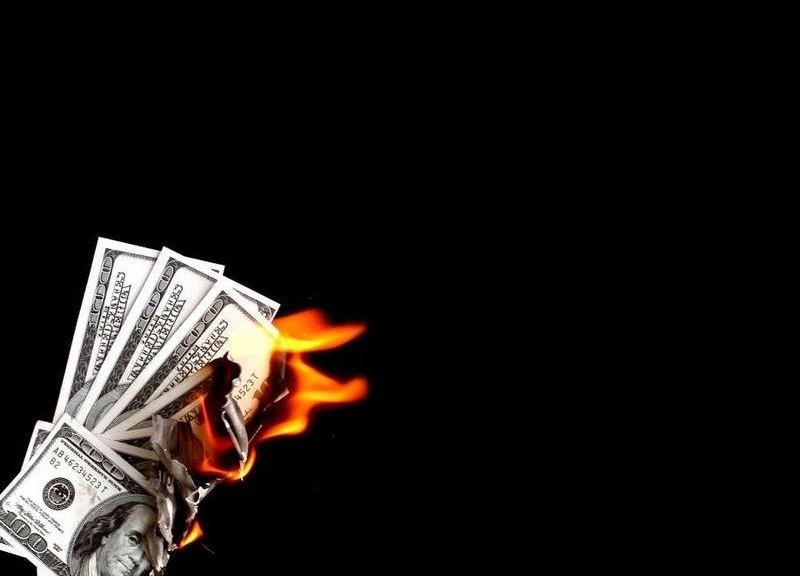 The Burns Tax Dollars And An Undeserving Small Business Owner.

Stacks on Stacks on Stacks: The City Council is burning through cash like it’s got a hole in its pocket. Since the start of its ill-advised moral crusade to ban the Exxxotica expo from the convention center, taxpayers have shelled out $4,000 a day for lawyers to consult on the case. Per. Day. Keep in mind, this is a case the city is almost guaranteed to lose, since their argument is on pretty shaky legal and constitutional ground. And they’ve already forked over $245,000, which will only grow until this is either settled or the city gets humiliated in court. Oh, but they’re not done spending your money foolishly. The council voted Wednesday to borrow $2 million — of $10 million that’s supposed to be spent on repairs — to hire a consultant to tell them just how bad of shape some of the city’s buildings are in. Turns out that $10 million is less than half of what they actually need to do all the repairs, so they’re just going to spend it on this and hope voters will bail them out with the next bond package in 2017. Just keep kicking that can down the road, guys. Minus 6.

Couch in the Big House: Receiving a sentence he should have gotten years ago, Ethan Couch (a.k.a. the “affluenza teen”) got the maximum sentence he can receive for violating his probation and fleeing the country. He’ll serve about two years — or 180 days for each person he killed while driving drunk 2013. It’s the best that could legally be done after the entire mess started. But this also comes after revelations that taxpayers were on the hook for his court-ordered rehab stay, which clearly didn’t take. His parents claimed they were unable to pay the $20,000 monthly bill, so they only paid $1,170 a month. (Which makes you question the entire affluenza defense even more then.) And just when you thought you couldn’t loathe this family any more. Plus 5 for the sentence, Minus 3 for the rehab.

Sunday Morning Coming Down: He’s made golf exciting again, won a ton of tournaments and has already made more money than I’ll ever see in my life at 22. But Sunday at the Masters, Jordan Spieth experienced one of the most excruciating losses of any athlete. Despite leading for the whole tournament, he had a complete meltdown on the 12th hole of the final round with a disastrous quadruple bogey that included a few trips in the water. It was supposed to be a victory lap that turned into the worst day of his professional life — so far. Plus 4 on the scorecard, minus 6 for the gut punch.

Thunder Rolls: They didn’t make it easy on themselves, and they blew an 18-point lead in their final game of the season, but the Mavericks are going to the post-season for the 15th time in 16 years. They’ll play the Oklahoma City Thunder starting on Saturday, where they will be lucky to win even one game. It’s not that the Mavs haven’t proven themselves. It’s just that they’re down several key players and they’re going up against a team led by two of the league’s top 10 players (Kevin Durant and Russell Westbrook). Then again, no one expected the Mavs to take the Spurs to seven games in 2014, but they managed that feat. So fingers crossed for them not to get embarrassed. But at least we’ve got the Stars to look forward to. Plus 1 for the Mavs cracking the post season, Plus another 4 for the beating the Stars laid on Minnesota last night.

Knockoff Knockout: Dallas Major Crimes Unit has a feather to add to their cap. After a search warrant was obtained for “Big T” Plaza on Village Fair Drive, police seized more than 13,500 counterfeit items worth an estimated $3 million. They also arrested five people for trademark counterfeiting, which is a third degree felony. So now you’ll have shell out for some real Air Jordans and Kate Spade bags. Plus 2.

American Nightmare: Hinga Mbogo is getting a raw deal from the city of Dallas. There’s just really no other way around it. Mbogo, a Kenyan immigrant, has owned his auto repair shop on Ross Avenue for 30 years, building a reputation as an honest businessman whose clients included the city and DISD. But in 2013 he agreed to close his shop and move his business elsewhere. It was part of the city’s initiative to put “nicer businesses” on Ross, which once had several mechanics. All Mbogo wanted was two more years there so he could retire at 65. But no, the city council stood firm, saying Mbogo broke his promise. OK, but if Mbogo had a dollar for every time the city of Dallas broke a promise to its residents he could have afforded to retire years ago. He isn’t running a dangerous business, and he’s been commended multiple times for his quality work. But really, this is about the city forcing out another thing they don’t like. Bravo, everyone. Bravo. Minus 7.