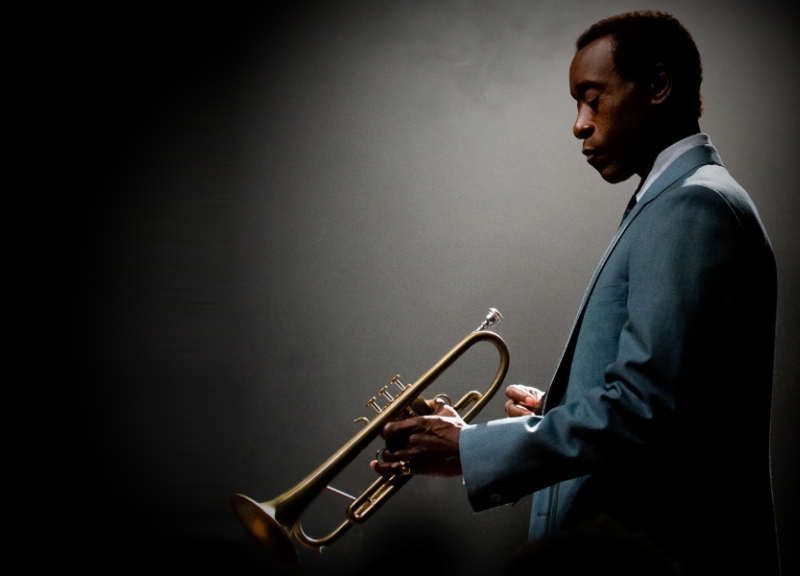 On Miles Ahead And The Rest Of The Weekend’s New Film Releases.

The Jungle Book.
Director: Jon Favreau.
Writer: Justin Marks.
Cast: Neel Sethi, Bill Murray, Idris Elba, Scarlett Johansson.
Playing At: Wide.
Disney will eventually do live-action remakes of all their animated classics. There's not really a point to any of these — other than making money — but they sure will look pretty. On the plus side, reviews have been much more positive for this than the gorgeous but unnecessary Cinderella — including the one from our own Javier Fuentes. In this update of Rudyard Kipling's classic, only Mowgli (newcomer Neel Sethi) is real. The rest is created through motion capture and green screen. The effects actually look jaw dropping, as opposed to the wave of nonsense we usually get. The voice work is supposed to be even better, with Bill Murray as the loyal Baloo, Scarlett Johansson as the seductive Kaa and Idris Elba as the terrifying Shere Khan. Can Jon Favreau (Iron Man) make this entertaining for kids and adults alike? I hope so, even if this doesn't seem to be exactly in his wheelhouse.

Criminal.
Director: Ariel Vromen.
Writers: Douglas Cook, David Weisberg.
Cast: Kevin Costner, Gary Oldman, Tommy Lee Jones, Gal Gadot.
Playing At: Wide.
Kevin Costner's continued attempt at a comeback hits another dead end. Costner plays a cold-blooded killer named Jericho Stewart (sure) who's implanted with the memories of a dead CIA agent (Ryan Reynolds) in an attempt to complete the mission and stop a terrorist attack. In another world, this is a cheap straight-to-video disaster starring Nicolas Cage. That movie would be terrible, but probably wouldn't take itself so seriously.

Barbershop: The Next Cut.
Director: Malcolm D. Lee
Writers: Kenya Barris, Tracy Oliver.
Cast: Ice Cube, Cedric the Entertainer, Regina Hall, Anthony Anderson.
Playing At: Wide.
It's been more than a decade since the last time audiences spent a day at this South Side Chicago barbershop. It will only be worth going back if there's a potent blend of humor that challenges both established stereotypes and history's supposed heroes.

Miles Ahead.
Director: Don Cheadle.
Writers: Don Cheadle, Steven Baigelman.
Cast: Ewan McGregor, Don Cheadle, Michael Stuhlbarg, Emayatzy Corinealdi.
Playing At: The Magnolia, Cinemark West Plano.
Don Cheadle makes his directorial debut in this biography on jazz legend Miles Davis. He's actually found a creative way around the boring pitfalls of the typical music biopic — making pretty much all of it up, while still staying true to the man's creative spirit. Here, Davis teams up with a Rolling Stone reporter (Ewan McGregor) to steal back a master recording from the record label who's trying to keep it locked up. Cheadle looks the part of the frazzled latter-day Davis to boot.

The First Monday in May.
Director: Andrew Rossi.
Playing At: The Magnolia.
Calling all fashionistas. This doc goes behind the scenes of the Met Ball and all the famous creatives who debut their work during the big show.

Francofonia.
Director: Aleksandr Sokurov.
Playing At: Texas Theatre.
The acclaimed director of Russian Ark — a movie that condensed Russian history into one masterful 90-minute take — sets his sights on the Louvre in Paris. Through documentary footage, dramatic re-enactments and his signature embellishments, he tells the story of how all that magnificent art was nearly destroyed when the Nazis invaded France.

Brewster McCloud.
Director: Robert Altman.
Writer: Doran William Cannon.
Cast: Bud Cort, Shelley Duvall, Michael Murphy, Bert Remsen.
Playing At: Dan's Silverleaf.
Showing: Sunday, April 17.
Like its title character, Brewster McCloud is an odd duck. Released the same year as Robert Altman's legendary M*A*S*H, it got little love at the time, and is still hard to find. But there's plenty of magic in this movie that's part murder mystery, part love story and part wish fulfillment. It also features a guy flying around the Astrodome. How could you not want to see that?