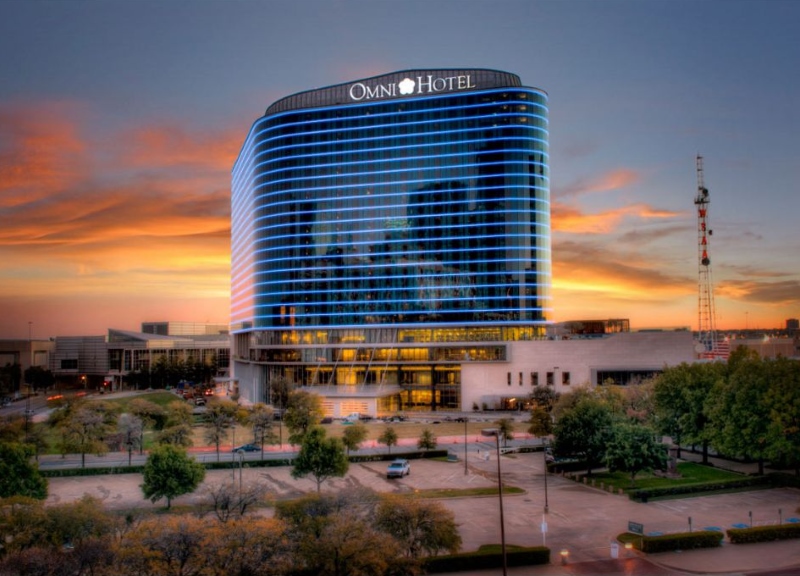 A Prominent Activist Leaves Unexpectedly, and the Omni Does More Than Look Pretty.

Making History: The City of Dallas lost a prominent voice yesterday. City Plan Commissioner Neil Emmons, a vocal advocate for preserving the city’s rich history, died unexpectedly. His mother found him dead Thursday morning, and there was no indication he had been ill. Emmons was a major defender of historic properties throughout the city, and knew all sorts of rules and regulations — probably better than some members of the city council. His volunteer efforts would be too numerous to list here, but if there was a cause worth fighting for in the city, Emmons was probably working on it. Minus 2.

Killer Care: Greed is bad in pretty much any profession, but when people’s lives are on the line, it’s even worse. Brad Harris, founder of Frisco’s Novus Health Care Services, allegedly took that to another level. His company offered hospice care throughout DFW, but in order to maximize profits, he allegedly encouraged his nurses to overdose their patients on morphine so they would die more quickly. According to an FBI affidavit, he texted one employee “You need to make this patient go bye-bye,” and said about another patient, “If this fucker would just die.” Interestingly, that would be my thought exactly about this scumbag. Minus 4.

Sex Offender Shuffle: There’s no denying that violent crime has seen a spike this past year, despite a huge downward trend over the last 15 years. But Chief David Brown’s plan of attack includes some sacrifices that might not be worth it. One of those sacrifices is the dissolution of the city’s Sex Offender Apprehension Program, which oversees the city’s 4,000 (!) sex offenders. All six officers will be reassigned to the beefed up violent crimes task force. SOAP spends most of its time doing compliance checks on sex offenders and tracking down leads on those who are trying to hide or harm children. Now, the workload will shift to the child exploitation unit, which is already overworked. I completely understand Brown’s desire to drive the violent crime rate back down, but getting rid of specialized, important divisions of the police force is not the way to do it. Minus 3.

24 Hour Power: In complying with a 2012 Department of Transportation rule, as well as keeping up with their competition, American Airlines will now let you get a refund within 24 hours of buying your ticket. Before, you were SOL — although you did have the option to “hold” that ticket for 24 hours. Now, you can do both, although the hold option will eventually go away, just like free meals, free checked bags and pretty much anything else nice about flying. But hey, at least they’re finally letting you get your money back if you need to. Plus 1.

Pakistan Strong: It’s a totally valid criticism I’ve seen popping up again and again: People change their Facebook pictures to honor victims of terrorist attacks in European countries, but totally ignore the victims where terrorism claims more lives more frequently. Luckil,y the Omni Hotel and its amazing exterior didn’t forget. On Sunday night, it lit up with the Pakistani flag in solidarity with the 70 victims who perished in a suicide bombing in Lahore. This is a big deal because it’s too easy to forget that Muslims are the most likely victims of terror attacks and the group most attacked by groups like ISIS. Terrorism hurts all of us, not just those who look like us. Plus 9.