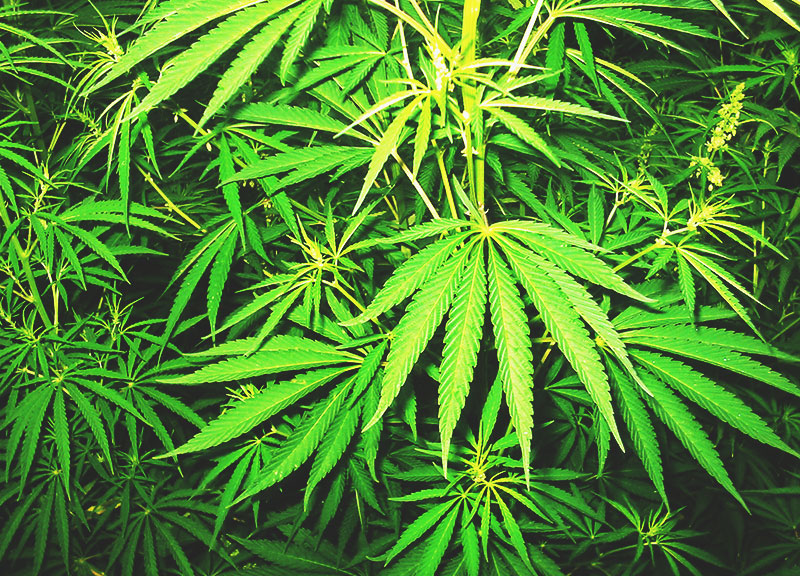 Reefer Madness Takes Over City Hall, and SMU's Greek System Is Once Again In Hot Water.

Hazy Shade of Winter: In what has kind of become par for course at this point, not one but two Greek life organizations at SMU are in major trouble of late. Both instances involve hazing, even if official disciplinary actions and lawsuits aren't calling it that. First up, Kappa Kappa Gamma is being sued by a Jane Doe, a senior member of the sorority who wants destroyed a secretly recorded video of her and other seniors dancing nude or semi-nude during an alcohol-fueled ritual. Obviously, recording someone like this without his/her consent is never OK, and distributing it to others is even worse. Meanwhile, Lambda Chi Alpha’s chapter at the university has been suspended for five whole years because of incidents involving new members. SMU did not conduct an investigation, but the national chapter still pulled the plug. (It should be noted that this isn't the first time this fraternity has gotten into trouble.) Former chapter president Victor Beck said the punishment didn't fit the crime, but if your national organization would rather suspend your chapter for five years than have you keep representing them, it's probably not a minor infraction. Minus 3.

Buzz Kill: Despite Dallas Police Chief David Brown calling the initiative “too damn practical,” the city council killed a proposal to pilot a potential “cite-and-release” program that would have ticketed those found with less than four ounces of marijuana instead of arresting them. The only valid objection came from Sandy Greyson, who argued that the program would constitute unfair treatment, since part of Dallas creeps into Collin and Denton Counties. Those sections of Dallas would fall under those counties' jurisdictions. Of course, it would have been nice if Collin and Denton County would participate as well, but I guess you can only take one step at a time, even if this no vote a big step back. Minus 2.

Where's the Money, Lebowski? A recent audit of the city's housing department reveals that city employees basically have no records relating to the nearly $30 million they gave to contractors over the last three years. Not on how much they spent, not on how much of the federal money they got went to the federal housing it was allocated for, not even on if those prices were legit. Now City Manager A.C. Gonzalez says this is “outside his experience” and city hall is trying to scapegoat former housing department head Jerry Killingsworth, saying it's all his fault. As someone who works in risk for his day job, let me say this: There is no way an oversight like this is all one person's fault. I don't know exactly what Killingsworth's involvement was — and he doesn't seem interested in clarifying at all, as he's refused to speak to the media since retiring in 2013 — but there's no way he did this by himself and there's no way he just did it all absentmindedly. A screw-up of this level takes some doing. Minus 3.

Ranch Hand: Cane Rosso has had a long-running joke at its Deep Ellum location where it keeps a $1,000 bottle of ranch dressing behind glass, just in case some rube really needed the sauce to ruin their delicious pizza. Well, someone finally bought it — and it wasn’t to kill the flavor. Food delivery company Caviar bought it on the condition that the money be used for the Humane Society of Southeast Texas, which suffered a fire last week. Cane Rosso held a record-breaking fundraiser for the animal shelter on Monday, raising more than $15,000. Plus 4.

Sowing the Seeds of Violence: Kaufman is really turning out to be the Florida of Texas, with insane crime stories happening there with increasing frequency. Here's the most recent head-turner: On Tuesday, Donald Ray Coleman walked into the garden center of a Walmart in Kaufman and shot employee John D. Morgan before turning the gun on himself. Turns out, Morgan had been dating Coleman's estranged wife, and Coleman didn't like that. Coleman has an extremely violent past and had threatened to kill his wife before. He's also not a great shot, as he is currently in critical condition at Parkland. Minus 5.

Brain Games: On Tuesday, Jerry Jones, in typical NFL fashion, denied any link between playing football and acquiring the brain disorder known as CTE. “No, that's absurd,” the Dallas Cowboys owner and GM said, as reported by the Washington Post. He later clarified to say that the NFL hadn't changed its position yet because they needed “more information.” This rhetoric sounds a lot like that of climate change deniers, who scoff at overwhelming evidence that can never be piled high enough to prove that something they like (e.g. pro football or the oil and gas industry) could be causing detriment to their employees and the world at large. Keep in mind: This is the same man who's trying to find a way to keep human garbage fire Greg Hardy on his team after nearly killing his girlfriend and — worst of all, in Jerry’s eyes — underperforming on the field. Maybe Jerry's got some brain damage of his own. Minus 3.

Skating to Victory: For just the second time since losing to the Detroit Red Wings in the 2008 Conference Finals, the Dallas Stars are in the playoffs. They're currently leading the Central Division standings, and they clinched their spot in the second season after a decisive victory against the Chicago Blackhawks on Tuesday. This team last made the post-season in 2013-14 — the first season of the NHL's realignment — and then lost 4-2 against the Anaheim Ducks. This season runs through April 9 and the playoffs will start the next week, with the Stars facing one of the Western Conference wild card teams, assuming they maintain their first-place standing. Now, if only the Mavs could stop dicking around and lock up their playoff spot… Plus 8.