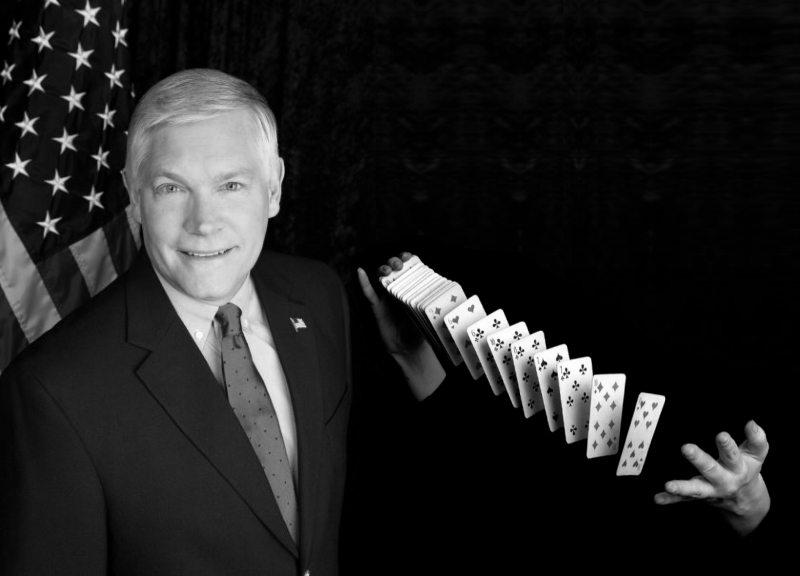 Dallas Politicians Notice And Recognize The Miracle Of Magic.

Safe House:: Did you know that one in five houses in Dallas is a single-family rental property? And, as I'm sure a lot of anecdotal evidence will tell you, a lot of those houses aren't in tip-top shape and the landlords aren't always above board. Starting Monday, the city's actually going to do something about it. The City Council's Housing Committee will begin the biggest overhaul of the compliance code maybe ever. With many properties — including those owned by the super sketchy Topletz Investments — getting away with deplorable conditions, this major reworking will give authorities much higher standards for landlords to live up to in order provide what councilman Scott Griggs has called “decent, dignified dwellings.” Plus 5.

Magic Man: While the Senate is currently not doing its job by refusing to even hear President Obama's nominee for the Supreme Court vacancy, some even more unbelievable shit is happening in the House of Representatives. Dallas' Pete Sessions has — not making this up, I swear — introduced a resolution to recognize magic “as a rare and valuable art form.” That's right. Our region's elected official isn't trying to pass comprehensive immigration reform or working on our broken education system or crumbling infrastructure. No, he's trying to get the government to officially declare that magic is a “national treasure.” Yes, he will be up for re-election this November. Maybe someone will make him disappear. Minus 3, right before your very eyes.

The Doctor Will See You Now: Dallas-based startup Mend — an app which lets you make an appointment to see a doctor for a house call — had a big showing at SXSW. Dr. Jonathan Clarke, the company's CEO, pitched it during a competition at the Austin festival on Friday, and took home second place. A San Francisco-based company that made sleep masks took the top prize. But all this attention for another Dallas-based company is good news, and hopefully the company will expand after getting more investments. Plus 2.

Oh, Hail: Thursday's brief-but-intense morning storms were a major pain for commuters, but they were downright deadly for some residents of the Fort Worth Zoo. Falling hail killed seven birds, including flamingos and pelicans. That caused the zoo to delay opening for more than two hours, stranding several spring breakers outside. It's an unfortunate loss for the zoo, and animal lovers everywhere. Minus 2.

FB WTF: Farmers Branch police officer Ken Johnson is out on bond, but he's been charged with murder and aggravated assault after an incident Sunday night. Johnson witnessed two teenagers breaking into his car and followed them in his car to Marsh and Spring Valley in Addison. The teens and Johnson got into an argument, and Johnson shot both of them. The 16-year-old Jose Cruz died at the scene, while his friend Edgar Rodriguez (also 16) was taken to Parkland with non-life-threatening injuries. Johnson was charged directly, in contrast to other high profile officer-involved shootings, which have gone to a grand jury and often been dismissed. It's a tragic situation, but by filing charges so quickly, maybe we'll get some actual accountability for once. Minus 6 for the shooting, Plus 5 for the city making a real effort to see justice done.