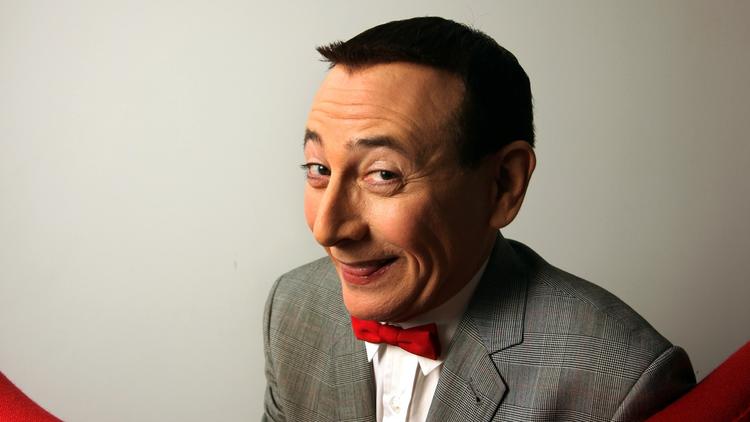 On Pee-wee's Big Holiday, And The Rest Of The Weekend’s New Film Releases.

Allegiant.
Director: Robert Schwentke.
Writers: Noah Oppenheim, Adam Cooper, Bill Collage.
Cast: Shailene Woodley, Theo James, Naomi Watts, Jeff Daniels.
Playing At: Wide.
I like to call the Divergent series the JV Hunger Games. The budgets are smaller, the acting is weaker and the story is nowhere near as profound. In this third film, the survivors of the coup (chemistry-free couple Tris and Four) lead a team to go beyond the wall that kept them inside Chicago to confront the leaders that devised the faction system. Even with the presence of Jeff Daniels, I will probably doze off early on while my wife watches contently — not because she's a woman or anything like that, at this point I just know what she likes.

Miracles from Heaven.
Director: Patricia Riggen.
Writer: Randy Brown.
Cast: Jennifer Garner, Kylie Rogers, Queen Latifah, John Carroll Lynch.
Playing At: Wide.
Here's yet another faith-based film, with an adorable little girl fighting a rare disease through perseverance and folksy wisdom. “Based on actual events” or not, this is exactly the kind of movie I want to see less of.

Eye in the Sky.
Director: Gavin Hood.
Writer: Guy Hibbert.
Cast: Helen Mirren, Aaron Paul, Alan Rickman, Barkhad Abdi.
Playing At: Angelika Dallas, Angelika Plano.
A surveillance mission gets a lot more complicated when several top terror suspects are spotted making a bomb. Aaron Paul plays the conflicted drone pilot who could take out the bad guys but would also kill an innocent kid in the process. Helen Mirren and Alan Rickman play the higher-ups, who also struggle with convincing him to pull the trigger. Done well, this could be a haunting story of collateral damage in the modern era. Done poorly, this could be a heavy-handed message movie that even anti-war activists would have a hard time watching.

Hello, My Name is Doris.
Director: Michael Showalter.
Writers: Laura Terruso, Michael Showalter.
Cast: Sally Field, Max Greenfield, Beth Behrs, Kumail Nanjiani.
Playing At: Angelika Plano, The Magnolia.
Romantic comedies are often shallow and reductive and, at their worst, are neither romantic nor funny. But Sally Field is an American treasure, and Hello, My Name is Doris looks absolutely delightful. Field plays the titular character, an older woman who decides to throw caution to the wind and pursue her much younger co-worker (Max Greenfield). In the capable hands of Michael Showalter (co-creator of Wet Hot American Summer), I'm expecting great things.

The Bronze.
Director: Bryan Buckley.
Writers: Melissa Rauch, Winston Rauch.
Cast: Melissa Rauch, Gary Cole, Haley Lu Richardson, Sebastian Stan.
Playing At: The Magnolia, LOOK Cinemas, Cinemark West Plano.
Reviews were pretty mixed when this raunchy comedy premiered at Sundance last year. Melissa Rauch (The Big Bang Theory) plays a foul-mouthed former Olympian who's been coasting off her fame for more than a decade, but gets a chance at redemption when she gets the opportunity to train a rising gymnastics star. I've liked Rauch since her time on Best Week Ever, so I'm hoping this is a stellar showcase for her comedic talents and not just a trashy misfire.

Pee-wee's Big Holiday.
Director: John Lee.
Writer: Paul Reubens, Paul Rust.
Cast: Paul Reubens, Joe Manganiello, Stephanie Beatriz, Alia Shawkat.
Playing At: Alamo Drafthouse Dallas, Alamo Drafthouse Richardson.
I know this is just my nostalgia talking, but I am irrationally excited about a new Pee-wee Herman movie. Aside from Big Top Pee-wee, every piece of media involving Paul Reubens' iconic character is golden. So maybe it's a little weird now that Reubens is in his 60s, but I am totally giddy every time I hear that chuckle. This one's also streaming on Netflix, but the Drafthouse has the exclusive theatrical showings, including a special dinner party on Saturday at the Richardson location. Sadly, there will not be any Mr. T cereal.