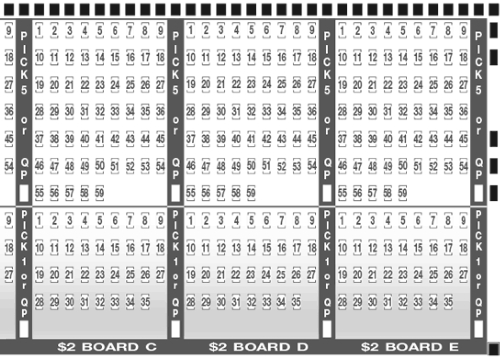 You Didn't Win The Powerball, But Things Are Still Looking Up.

Way Down in the Hole: You probably weren't lucky enough to win the record $1.5 billion jackpot in the Powerball lottery. But at least you weren't as unlucky as 67-year-old Ascension Garcia of Fort Worth. On Monday night, he went out to buy a ticket and — whoopsie daisy! — found himself at the bottom of a big hole. His family called 911, and police searched and found him before it got too late. The man needed medical attention, but he thankfully wasn't hurt too bad. Say, you know what could help with those medical bills? $1.5 billion. Minus 2.

Flagged: Despite “years of tradition,” the Sons of Confederate Veterans won't be able to use the Confederate battle flag in the Fort Worth Stock Show and Rodeo parade this year. Of course, Gary BrayWednesdayas commander of the group, isn't pleased, playing the victim card: “I'm being picked on by the state of Texas… and I'm tired of it,” he told the Dallas Morning News, claiming his civil rights are being violated. That's a two-ton load of bull right there. Good on the Stock Show for keeping this ugly symbol out of this event, no matter how many old white guys are pissed off. Plus 2.

Keep On Truckin': Oh, Dallas. It had been a while since we'd had a police chase on live TV. Then on Wednesday, 60-year-old David Arnold took an 18-wheeler on a low-speed chase from Dallas to Greenville, with a scared golden retriever along for the ride. After several attempts to get the driver to pull over, police shut down eastbound I-30 and finally got him to stop when he came to a dead end on a frontage road. He didn't get out until the SWAT team fired tear gas into the cab. Minus 2.

Safety First: Last week, we told you how the murder rate is near record lows, despite being up over last year's totals. Well, as the Dallas Police Department reports, total crimes are down for the 12th consecutive year — and that has never happened before. As always, there's some bad news with the good: Sexual assaults are up a tick, and robberies and aggravated assaults are both up as well. That means violent crime is up nearly 6.5 percent over 2014, but in the last 12 years it's been cut nearly in half. Like last week, minus 3 for the increase, plus 2 for the overall decrease.

Oh, Thank Heaven: There are some stories I just always enjoy hearing, and one of those is armed robbers being thwarted by vigilant cashiers. On Tuesday morning, a still-unidentified suspect tried to rob a 7-Eleven in Mesquite at gunpoint. But, as the narrator of World's Wildest Police Videos would say, “He wasn't counting on this guy.” After a struggle, the clerk got the suspect's gun and the suspect ran off. No one was seriously hurt. (Also, kind of puts a dent in the whole, “only way to stop a bad guy with a gun is a good guy with a gun” theory.) Plus 1.

The Real Deal: Mike Rawlings keeps giving me reasons to like him. In an interview with Bloomberg, he pointed out that Dallas is still in pretty good economic shape, even with oil prices near historic lows. But he once again made a strong point about what's really concerning him — terrible childhood poverty rates, which, as has been the case for far too long, is tied to the fact that there's an appalling divide between north and south Dallas. Hopefully, he's acknowledging this as an actual problem and goes to work trying to fix it, instead of just paying lip service. Plus 3.