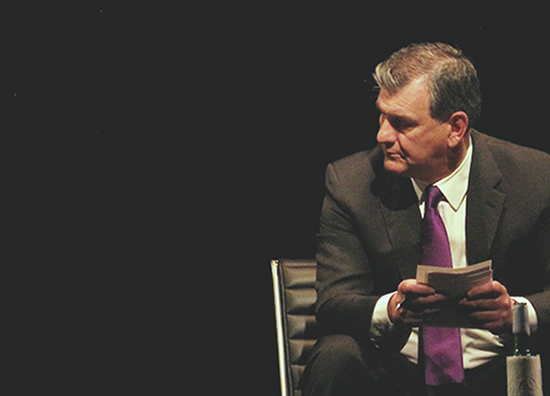 Our Mayor Took An Awesome Stand, But Most Everything Else Around Here Went To Shit This Week.

Strong Mayor: Let's give it up this week for Mike Rawlings, who has refused to buy into the xenophobic bullshit peddled by his fellow mayor out in Irving or the governor of this great state. This week, Rawlings said he welcomes Syrian refugees to Dallas, even as Governor Greg Abbott has refused to do so (something he doesn’t actually have the power to do, by the way) in the wake of the Paris attacks. This ignores the fact that the people who committed those atrocities in France were neither Syrian nor refugees, and that none of the refugees that the U.S. has settled since 9/11 have ever been arrested on terror-related charges. (This also ignores the fact that while, sure, it's theoretically possible that an ISIS soldier could apply to be a refugee and then in 18 to 24 months show up in the U.S., it's a lot easier to get a fake passport or exploit our student visa process to gain entry a lot faster. It's also easier to radicalize vulnerable people who already live here.) Rawlings didn't stop there, though. He also stated that he’s more scared of armed white men than he is of Syrian refugees. There's good reason for that, too. Just look at that theater in Colorado, that school in Connecticut or that church in South Carolina. We’re in far greater danger by people that were born and raised here than we are of people looking to flee the violence inflicted on them by ISIS and their murderous president. Thank you, Mayor Rawlings, for being a voice of reason. Plus 5.

We Got Him: One of Texas' 10 most wanted fugitives, Markeith McWright, was arrested this week. The Crip gang member was wanted for drug possession and family violence. A reward was offered and will be paid out per the Department of Public Safety. Fortunately, there was no violence during the arrest. Plus 2.

We Dem Hollow Shells of Our Former Selves: The Cowboys won decisively on Sunday against the Miami Dolphins in Tony Romo's much-anticipated return. The victory was important, football-wise, since it did exactly what Jerry Jones wanted to have happen — put the focus back on football instead of their continued off-the-field problems. It was also a reminder to the doubters that Romo is a terrific quarterback, even if he hasn’t even played in a championship game. Unfortunately, the team then squandered that good will by losing to the Panthers on Thanksgiving — and, worse, losing Romo once again as they did. Minus 7.

Armed and Dangerous: For those of you who are religious, picture this: A bunch of gun-toting yokels come and stand in front of your place of worship, talking about how they won’t be intimidated by you. Would you feel safe there? Would you feel safe in your city, especially when you have a mayor who frequently stokes the flames of fear and misconception about your religion? Well, that’s exactly what some Muslims experienced in Irving Sunday when armed men protested outside the Islamic Center of Irving. Worse, those same people then published the home addresses of Irving Muslims. Is that information available to the public? Sure. But the motive behind releasing it is almost indisputably fear-driven — and that's a terrifying thing. Get it together, Irving. And maybe remember the Golden Rule as you attempt to do so. Minus 8.

That Won't Fly: On Wednesday night, some nuts thought it'd be a good idea to aim lasers in the direction of some planes trying to land at our local airports, endangering hundreds as they did. We appreciate that, in certain settings, laser pointers can be used to comedic effect. But this is so obviously an unsafe use of these tools. And the people up in those planes were most likely just traveling for the holiday. So not cool, you guys. Minus 3.

My Own Prison: Back in March, inmate Jonathan Paul Ryan, who suffered from acute psychosis, died in custody at an Arlington jail. After Ryan became “disruptive,” jailers followed protocol and restrained him and doused him with pepper spray. After Ryan’s breathing became shallow, paramedics were called — but Ryan was already dead. He was revived, though, and taken to the hospital where he was diagnosed with a kidney injury, respiratory failure, liver failure and a fever of 103. He was taken off life support by his family a few days later. Now, two of his jailers — Pedro Medina and Steve Schmidt — have been indicted by a grand jury for criminally negligent homicide. Something obviously went wrong here, but protocol is not meant to result in death. Whether these two were criminally negligent will be up to a jury to decide. Either way, this is another case in a long line that shows how poorly the jailed are actually treated while behind bars. Minus 2.