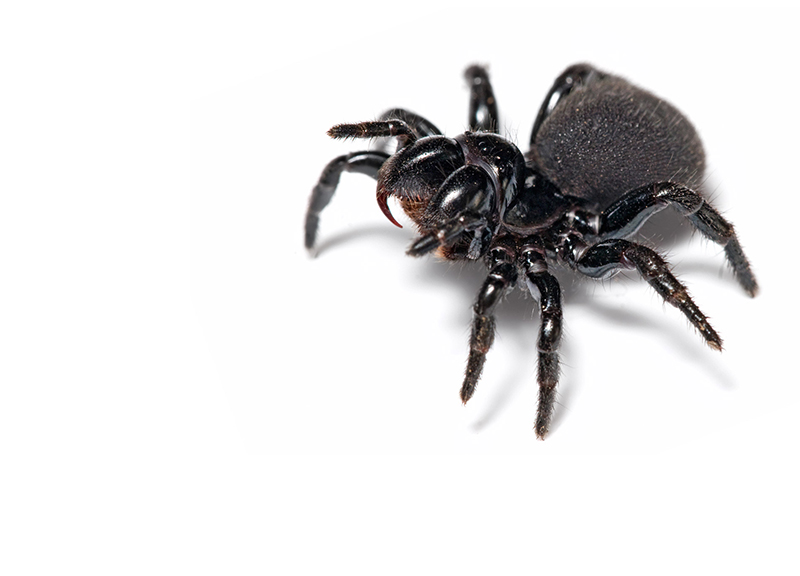 DISD And DPD Are Looking Pretty Conscientious These Days. Also: Spiders Are Working In Teams Now.

Shots Fired, Officer Fired: The latest rash of white officers shooting unarmed black men finally hit our fair region as Arlington police officer Brad Miller shot Angelo State University football player Christian Taylor last Friday night after responding to a burglary call at Classic Buick GMC. Responding to a burglary call, Miller entered the showroom alone and killed Taylor. Citing Miller's poor judgment that put him in an unnecessarily risky situation, Arlington Police Chief Will Johnson announced Miller’s firing on Tuesday. While the FBI won't be investigating the cause, Miller may still face criminal charges. Worth noting: The 49-year-old was still in-field training at the time of the shooting. It's another chapter in a sad saga, but a grand jury — which will now be selected like any other jury thanks to a new law — will decide Miller’s next steps, if charges are actually filed. Minus 5.

All Hail The Queen: In an effort to bring more film and television productions to Dallas, the city council approved $150,000 in grants to entice the new USA show Queen of the South — based on a 2011 telenovela and starring Brazilian actress Alice Braga — to film here in town. Now, all 12 episodes of the show will shoot here throughout the fall and winter. It's nice coup for a few reasons: For starters, it's the first scripted show to shoot here since TNT's Dallas reboot was canceled; second of all, the network is expected to spend $18 million in local production costs alone. So, yeah, this is a win for the city, which saw not one but two Matthew McConaughey movies set in Dallas (Killer Joe and Dallas Buyers Club) leave for the much cheaper Louisiana in recent years. Plus 1.

Dallas ISD Shows Some Class: There’s been a big push statewide to deny U.S.-born children birth certificates. It's a big load of bullshit designed to hurt illegal immigrants, even though their children are full-fledged citizens because they're born here. Despite all that, DISD will allow parents to enroll their children even if they don't have birth certificates. It's the right move because, regardless of what you think about people residing here illegally, there's no denying that U.S.-born kids have as much a right to education as anyone else born here. Plus 4.

Web of Terror: Hold up. Spiders are working in teams now? This is shit straight out of my worst nightmares. Let me explain: Thousands of the creepy crawlies recently created a giant web in Rowlett's Lakeside Park. Despite the initial horror, the web provides a major benefit: Flies and mosquitos are getting stuck en masse in the thing. Still, this gets a big fat “NOPE!” from me. Minus 1.

Chief Dancer: A little common ground can go a long way, especially in light of all the police shootings that have taken place of late (see above Arlington incident). That’s why the fact that Dallas Police Chief David Brown danced the “Nae Nae” at DPD’s Let’s Talk event at the convention center is so interesting. He's received some criticism for his moves, but, listen, dancing is a legitimate way to relate to kids — especially when it’s coming from an earnest place. Most police chiefs won’t even have a real dialogue on race, and definitely not with children, let alone do a goofy dance. But Brown's trying. Good on him. Plus 3.

Life With Mikey: Mayor Mike Rawlings may not do everything right, but he knew exactly what to do on Saturday at El Fenix when he saw a fellow diner started choking on her fajitas. He jumped into action and delivered the Heimlich maneuver to Helen Meyer. Like George W. Bush's recent jury duty appearance, it's good to see politicians doing normal, noble things. Plus 1.

Southern Discomfort: Following removals across the country, Garland ISD Superintendent Bob Morrison ordered South Garland High School to remove the Confederate flag from a tile mosaic-and-granite sign at the campus. He also moved to replace the school's fight song, which borrowed the tune from “Dixie.” Lots of (white) alumni are pissed, going so far as to say that Morrison “destroyed” their school. Heritage be damned, students shouldn't have to see a symbol of racism displayed proudly when they go to school every day. This will be an interesting ongoing conversation as more and more Confederate symbols are taken down. But Morrison made the right call from where we're sitting. Plus 1.